A GRIP ON SPORTS • If you took all seven days of the week and ranked them, 1-to-7, Saturday would probably be the top seed, right? It’s No. 1 in most people’s eyes, especially those of sports fans. Read on.

• And, in a non-football time of year, this Saturday is pretty well represented. At least around here. 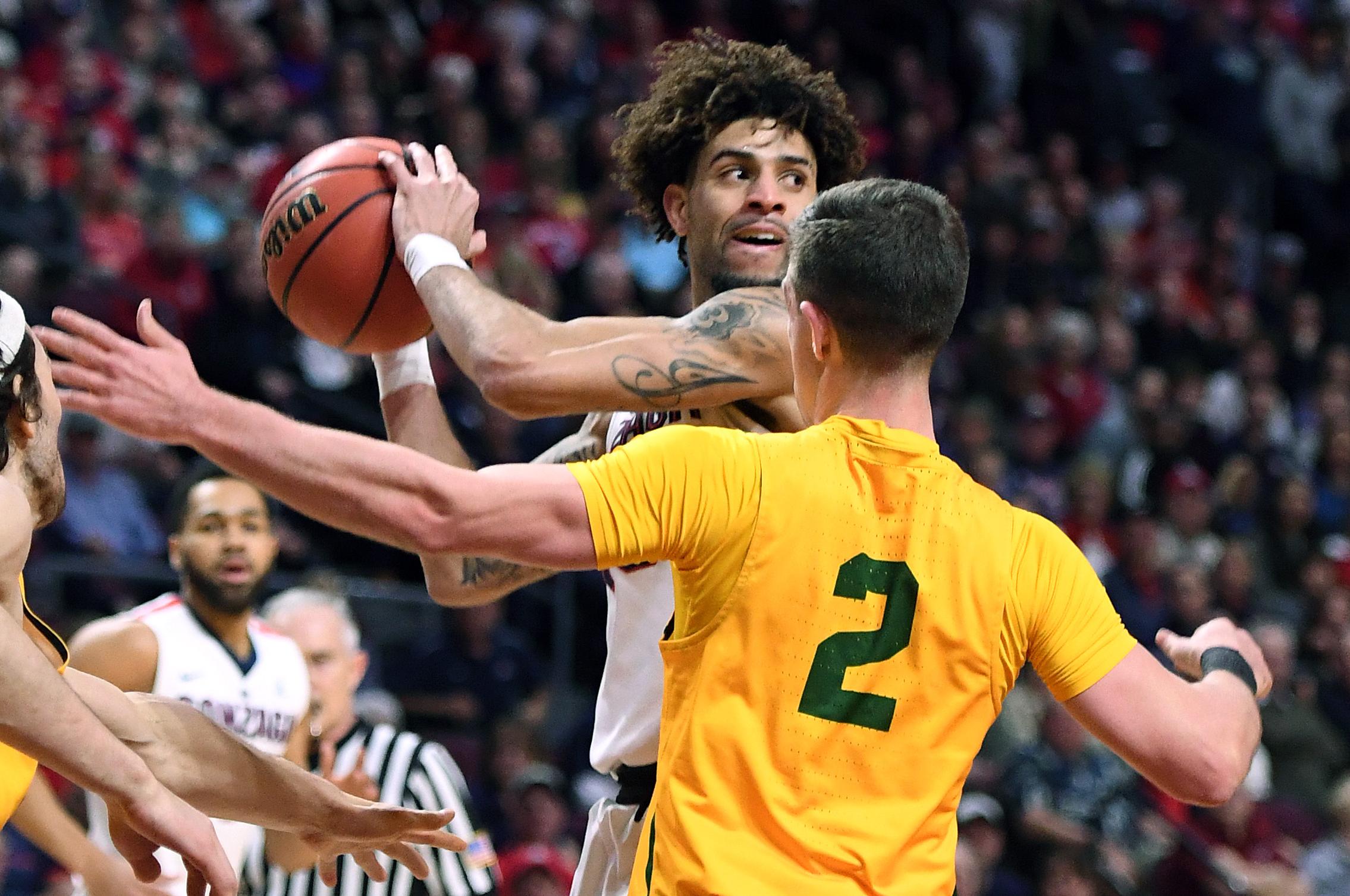 The top event occurs tonight and though it is in San Francisco, the magic of television allows all of us to watch when Gonzaga puts its No. 5 ranking on the line against WCC contender, USF.

The Dons are 14-2 and, like GU, undefeated in West Coast Conference play. One of their two conference wins, however, is over Saint Mary’s, always a conference stalwart.

Plus San Francisco is the best defensive team in the conference, according to most metrics, which means tonight’s matchup pits the league’s best defense against its – and the nation’s – best offense.

It should be fun.

• The Gonzaga game at USF is, by our count, only one of 34 college basketball games available today on your television. And that doesn’t count all the games you can watch if you tap into your computer connections.

Isn’t life as a sports fan these days grand?

• Then again, you have to have a connection. We had a few issues this morning with our Internet, so, due to time constraints, our links are limited to the stories in today’s Spokesman-Review.

Gonzaga: Jim Meehan is in the Bay Area and has a preview of tonight’s game. The key matchup? That would be out front with the school’s two point guards. … Larry Weir spoke with Gonzaga radio voice Tom Hudson yesterday and has their conversation in the latest Press Box pod. … Switching gears a bit, Jim Allen has a story about GU’s Zykera Rice and her blue hair. He also previews today’s home game with Portland.

WSU: If Gage Gubrud is granted a sixth year by the NCAA, will he use it as a member of the Cougars? Theo Lawson tells us the Eastern Washington quarterback is looking at Washington State as a possible transfer location. … The women's basketball team rallied but couldn’t overcome a 21-point early Utah lead.

EWU: The Eagles football schedule was released yesterday and it includes a nonconference game at Idaho, as well as games at Washington, Montana and Jacksonville State. It won’t be easy. Ryan Collingwood has more in this story.

Whitworth: The Pirates went on the road in the NWC and held off George Fox.

Chiefs: Yesterday was the WHL’s trade deadline. Spokane decided not to make any more changes. Dan Thompson has a story.

Preps: Of course last night was a busy night in prep hoops. We have roundups from the GSL girls and boys games as well as the boys and girls in the area.

• Enjoy your Saturday. Then come back at about 9 p.m. We’ll have our TV Take from the Gonzaga game – it’s on ESPN2 again – and all the other coverage of the showdown. Until then …