Pregnancy should be celebrated, not treated as a disease to be cured through abortion, said Joanna Hyatt, speaking to a crowd during the fourth annual Walk for Life Northwest on Saturday at Riverfront Park.

About 400 people came to support the anti-abortion cause, hear speeches and march through the streets of downtown Spokane.

Abortion “ makes a woman’s fertility something to be shut down,” Hyatt said. “Rather than celebrate life, rather than educate a woman about the unique procreative ability she has and how to work with Dad, instead abortion just says, ‘It’s kind of inconvenient for you. So let’s help you take care of this problem.’ ”

Hyatt is the director of strategic partnerships for Live Action, a media company aimed at ending abortion and building a culture of life, according to its website. She’s also the author of “The Sex Talk: A Survival Guide for Parents,” a how-to guidebook for parents on talking to their kids about sex. 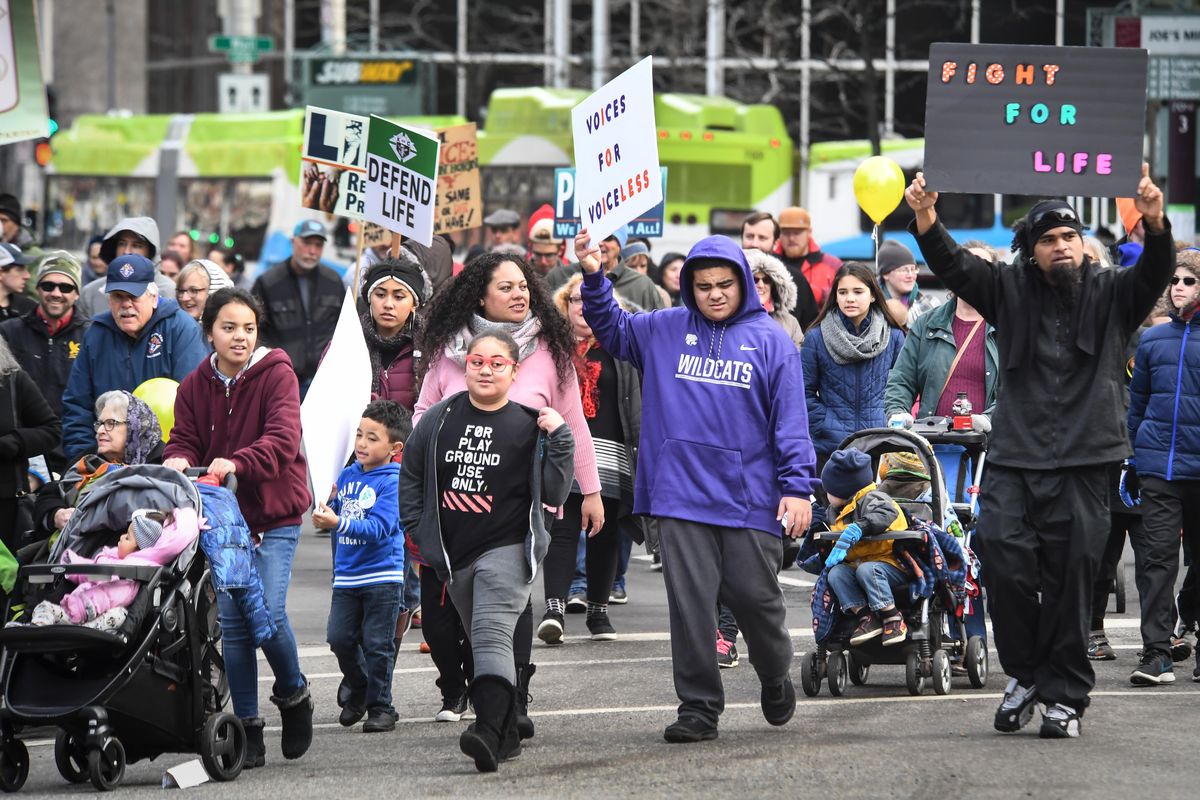 Hundreds of people walk along Riverside Avenue during the March for Life Northwest, Saturday, Jan. 12, 2019, in downtown Spokane, Wash. (Dan Pelle / The Spokesman-Review)

Emily Cahill, 20, who wore an orange vest reading “Life Guard,” said this year’s rally is her third. She drove from Post Falls to be at the park on the chilly 33-degree day and support the anti-abortion cause.

“If you’re going to make a change, you should be doing everything possible to make that happen,” she said.

Pastor Gabe Blomgren of Covenant Church in Spokane said he’s grateful that the city allows their rally, and said freedom of speech should be celebrated on both sides of the issue.

“I’m ecstatic that the city allows us to do this walk and express ourselves,” he said. “Spokane is great.”