A GRIP ON SPORTS • Let’s check the schedule for today. Hey, there are a couple high school basketball games. That doesn’t happen often on Mondays. And a handful of college basketball games on television. After that, what else? Read on.

• Not much, really. We have a plumber scheduled to come over, so there’s that. But that’s really not sports related.

Once Monday Night Football calls it a season, Monday nights are pretty light. Of course, there is the Australian Open tennis tournament, if you are into that sort of thing. But other than that, today is about as quiet a sports day you will find in the course of the year.

Heck, it’s such a quiet morning I went end checked the results from the Sony Open in Hawaii, which finished up yesterday but will probably be shown today on the Golf Channel. Our local guys, Clarkston’s Joel Dahmen and Spokane’s Alex Prugh, both made the cut, with Dahmen finishing tied for 22nd at 10-under and Prugh tied for 51st at minus-6.

That’s pretty cool. Plus, it was in Hawaii, so there’s that.

But other than a couple of NFL games yesterday, what else happened. Oh, you want to hear about them? Why?

The Patriots and that Tom Brady guy won again. Not that anyone expected anything different, right? He and Bill Belichick have lost in this round of the playoffs exactly once in their 74 years together.

The other game was better, with the defending champion Philadelphia Eagles coming this close to upsetting the Saints in New Orleans. Listening to the radio call of the game, I think I heard the old cliché about how hard it is to defending your NFL title a dozen times. Wasn’t there a team not all that long ago that won it all one year and then came within a yard or two – and a silly play – of winning back-to-back? Asking for about 1.7 million friends.

Other than those games yesterday, though, it was kind of a quiet day on the national sports scene. And it won’t be long until the NFL is done for the season. Then what will we do? 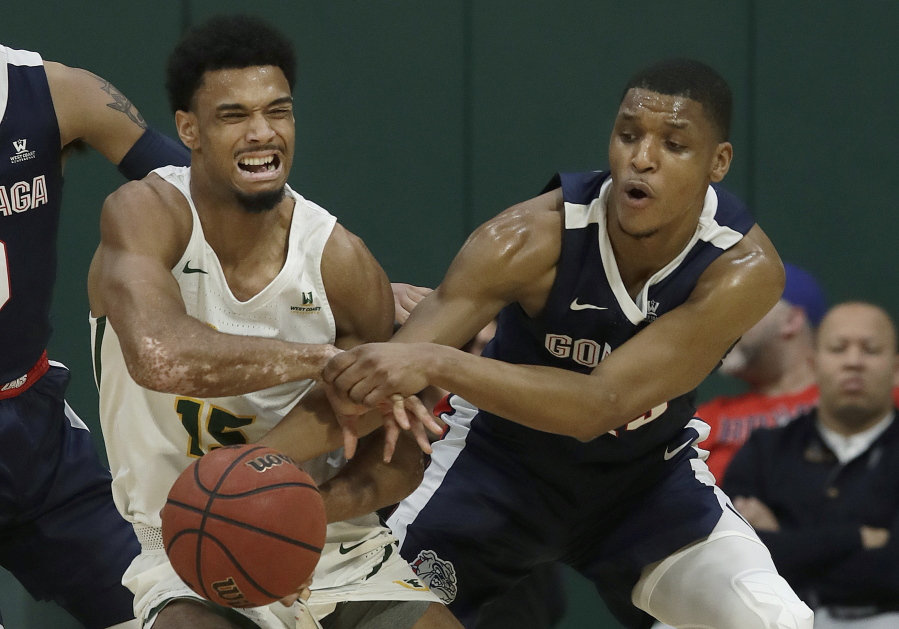 Gonzaga: In my case, it will be to spend even more time on college hoops, including the fifth-ranked Bulldogs and their run to a possible national title. Jim Meehan was in San Francisco over the weekend – any In-n-Out Jim? – and has a look back at Saturday night’s barn-burner. … Former Gonzaga baseball coach Larry Koentopp died over the weekend. John Blanchette has his obituary. … Around the WCC, BYU hopes to use the momentum a home weekend sweep as it moves forward. … Missed this earlier, but it’s a fine primer on USF’s history.

WSU: There are a lot of college courses I’m interested in taking. Maybe this one, taught by Mike Leach and Spokane County Treasurer Michael Baumgartner, would interest you. At the least, if it was broadcast online, it might make the cash-strapped athletic department a few bucks. … The women’s basketball team rolled over Colorado. … Elsewhere in the Pac-12, not a single conference player made the midseason list for an award named after the conference’s all-time best coach. … Oregon State is tied atop the conference standings after they pulled away from UCLA yesterday in Corvallis. … Oregon righted the ship a bit against floundering USC. The Trojans suspended a player that just returned from injury. … Utah used its game against Washington State to get healthy. … Colorado needs to do the same soon. … Arizona has taken better care of the ball.

Preps: The Seattle Times has polls for the state’s boys and girls 4A and 3A basketball teams.

Seahawks: The Hawks will have to pay through the nose to extend Russell Wilson. But the alternative, letting him go, is worse. … They have some important dates coming up.

Mariners: Spring training begins in a month. Is that a good thing or a bad thing?

• There’s little better than taking some time occasionally for a drive down Memory Lane. I did it last night in a 1965 Ford Mustang convertible, the top down. It wasn’t real, but it sure was fun. By the way, if you are into Pickleball, and I know a lot of you are, then you must read Dave Nichols’ story today on a local player. He’s a pretty big deal. Until later …