A GRIP ON SPORTS • Success can be measured in many ways. The won-loss record is the most common, but perception is also part of it. Right now, the Gonzaga basketball programs have an unparalleled national perception. And the two teams also aren’t too bad when it comes to wins and losses, either. Read on.

• The Gonzaga women are 16-1 this season, and when Monday’s rankings were released, were a program-best 13th in the nation. Their win total includes a victory over the nation’s sixth-ranked team, Stanford.

The men are 16-2 and continued to be ranked fifth nationally in the Associated Press poll. Among their wins is a victory over No. 1 Duke in Maui.

The average ranking between the two teams of nine is easily the best in the country right now, as Jim Meehan explains in this story, even though there are 10 schools that have both teams ranked in the top 25.

What does it mean?

Not a lot really, in the grand scheme of things. There are no championship trophies handed out in the middle of January for being ranked highly. But in the court of public opinion, it’s another way in which Gonzaga has thrust itself among the nation’s best basketball programs.

People who follow college basketball religiously – and there are a lot of us out there – have known about both Bulldog programs for years, ever since Courtney Vandersloot and the Zags equaled the men in reaching the Elite Eight eight years ago.

Since then, the men have reached new heights, coming within minutes of winning a national title two years ago. And the women have changed coaches, with Kelly Graves leaving for Oregon and assistant Lisa Fortier moving over a chair. 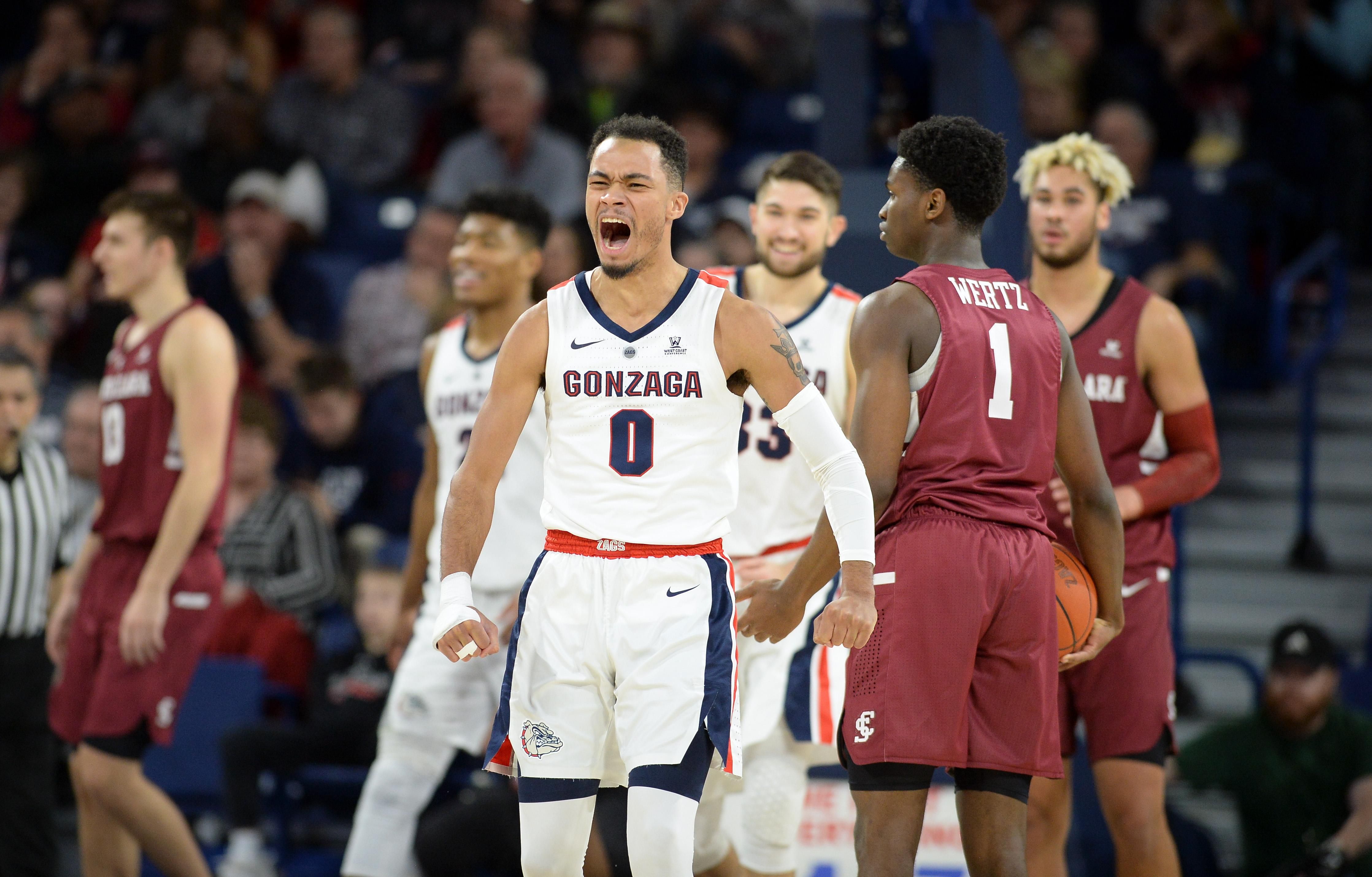 The upward trajectory hasn’t changed, however, for either program.

There is talk of the men being one of the favorites for the national title – one Vegas odds-making operation recently included the Zags in a four-team parlay that has the same odds as the rest of the nation. And the women, who face a tough conference test this week at BYU, have continued to climb in the polls since their lone loss, which happened to come in a neutral-site game against No. 1 Notre Dame.

It doesn’t matter which gender you want to discuss. When it comes to hoops, Gonzaga is successful in both.

• We don’t often have skating stories to pass along, but today we do. It’s about a local prodigy who faces her biggest test in her young life. Dan Thompson has more in this feature on Emma Dickau.

• The Sportsplex facility on the north river bank downtown moved a step closer to reality last night when the Spokane City Council voted to pay the city’s share of the at-least $42 million complex. Rebecca White has the story.

That area of Spokane has a handful of recognizable buildings, from the Arena to the Convention Center, from the Flour Mill to the Clocktower. When this facility is finished, it should take its place on that list.

Gonzaga: Jim has two poll-related stories today. There is the one about the men, who did move up one spot in the coaches’ poll after a week in which the top 10 stayed perfect. And he has a look at the combined polls between the men and women. … Jim also talked with Larry Weir for the Press Box pod yesterday about the showdown in San Francisco. … Theo Lawson voted in the AP poll and he explains his choices. … We have other votes as well to pass along.

WSU: So that class we mentioned yesterday? It has garnered more attention even if it isn’t on the schedule right now. Kip Hill has more in this story. … The Hilinski’s Hope foundation is partnering with the NCAA’s Sports Science Institute on mental health issues. Theo has all the information in this story. … Elsewhere in the Pac-12, Arizona State president Michael Crow has some thoughts on Larry Scott and the conference’s direction. They are different than most held by Pac-12 fans. … The football coaches’ grades from Jon Wilner are interesting. … Utah and BYU will continue their football rivalry through 2024. … In basketball, a former starter is leaving Arizona. … USC and suspended freshman Kevin Porter Jr. seem to be back on the same page. … Oregon is trying not to play the “what-if” game. … Oregon State doesn’t have to. The Beavers are living it. … Colorado’s depth has taken multiple hits.

EWU: Around the Big Sky, Northern Colorado held off Montana State in Bozeman.

Preps: There were a couple high school basketball games last night at Ferris and Dave Nichols was there. He has the story of Gonzaga Prep’s two wins.

Seahawks: The Hawks made a minor roster move yesterday.

Mariners: Yakima-area product Mel Stottlemyre died over the weekend. … Edgar Martinez has picked up a lot of Hall of Fame votes. … The M’s announced their minor league staffs.

• If you enjoy crazy art work – and who doesn’t? – the past couple mornings have been for you. The frost Monday was exquisite and, after parts of it melted away during the day, the sequel this morning, at least around our house, was interesting. Such is the talent of Mother Nature in mid-January. Until later …