Attendees only need to sign up for one session, and are asked to leave their dogs at home.

The sessions will discuss what volunteers can look for on their walks and how to report what they see. Volunteers will be given T-shirts to wear on the walks, and provided with bandanas for the dogs to wear.

A new program is beginning with the goal of turning people walking their dogs into the eyes and ears of the Spokane Police Department.

The Spokane Community Oriented Policing Services will host two Paws on Patrol training sessions this month for people interested in patrolling their neighborhood while also walking their pooch.

“This is something we’re just starting this year,” COPS executive director Patrick Striker said. “Crime prevention is about ordinary citizens observing and reporting. You know when things aren’t right in your neighborhood.”

Striker said the idea came from similar programs in other areas, but some of those programs are little more than an information pamphlet. “A lot of people walk their dogs every day,” he said. “Let’s train you up and teach you what to look for.” 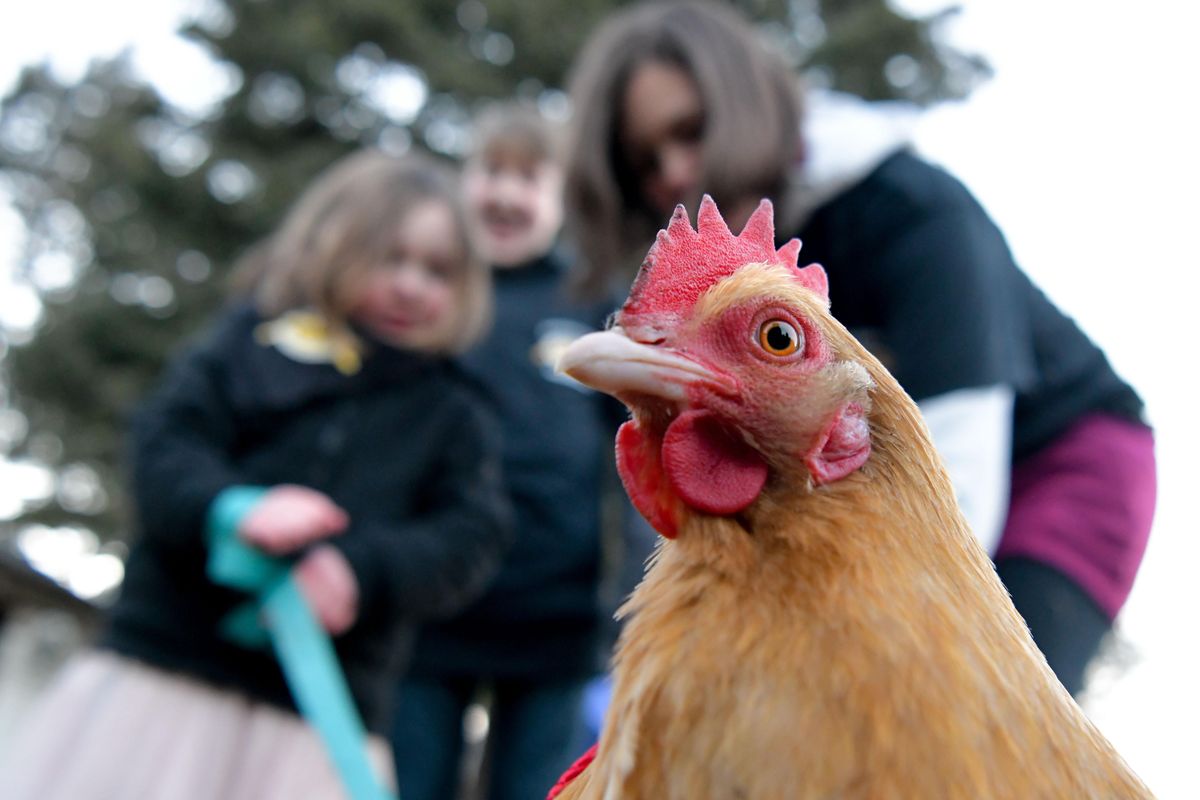 One of Makaya Judge’s chickens sizes things up while on patrol in their neighborhood in the South Perry District on Monday, Jan. 14, 2019. Spokane COPS have started a Paws on Patrol program, and the Judge family joined the cause with their chickens. (Tyler Tjomsland / The Spokesman-Review)

The goal is to make the experience interactive, in part by having dog walkers gather in groups for regularly scheduled walks, which Striker describes as a positive show of force. “If someone just wants to do it on their own, by themselves, that’s fine,” he said. “Really there’s a lot of freedom to do what you want with it.”

The flexibility of the program extends to just what animal you put a leash on to walk the neighborhood with. Makaya Judge, who volunteers at COPS Southeast, said she plans to walk with her chickens.

“I’m not really a dog person,” she said. “I just like (chickens) so much better. I just think that they’re friendly. They’re just really sweet.”

Judge is also her block watch leader and already walks the neighborhood regularly with some of her neighbors. They don’t do it as much in the winter after her mother took a bad fall on ice last winter and broke her arm. “She shattered her entire forearm,” she said.

Judge was excited to hear about the new Paws on Patrol program shortly after she bought leashes and harnesses for her chickens.

“I thought, yes, a reason to walk the chickens,” she said.

Her chickens are family pets and are used to being held. Judge said she would sometimes bring them on her walks.

“I just carried them around,” she said.

This week she went on a trial walk with two of her chickens, Thing 1 and Goldie Hen. The birds cooed as they got dressed in their harnesses and seemed eager to get out and explore, but kept wandering off in different directions.

“It’s like herding chickens,” Judge laughed. “It’s more fun to carry them. They love being carried.”

While she was walking, Judge called out to neighbors she knew who were outside and seemed to know everyone’s name. That’s the familiarity that organizers want people to have with their neighborhood so that anything out of the ordinary will stick out.

The walks are also a way to get the community involved, Striker said. “We recognize not everyone has the time every week to work the front desk,” he said. “It just ultimately means to be creative.”

Volunteers will be taught what to look for on their walks and how to report what they see. They will receive T-shirts to wear on the walks and there will be bandanas for the dogs to wear. Those planning to attend are asked to call (509) 625-3328 to register.

“This is your town, these are your streets and you are the first line of defense,” Striker said.