Winter is a-comin’ in, to paraphrase a 13th century pop hit, and television can make you cuckoo. So much! So much TV! What is a person who only lives 168 hours a week to do?

Still, you say you want some television, to paraphrase a 20th century pop hit – and well you know, we’re doing what we can. To help guide you, Times critics Robert Lloyd and Lorraine Ali – which is to say, the two of us – have looked into the future and come back with some suggestions to help you wade through the ever-replenishing thicket that is modern TV. They are not the shows that will most interest everyone, of course, but these are the ones that make our TV antennae quiver. 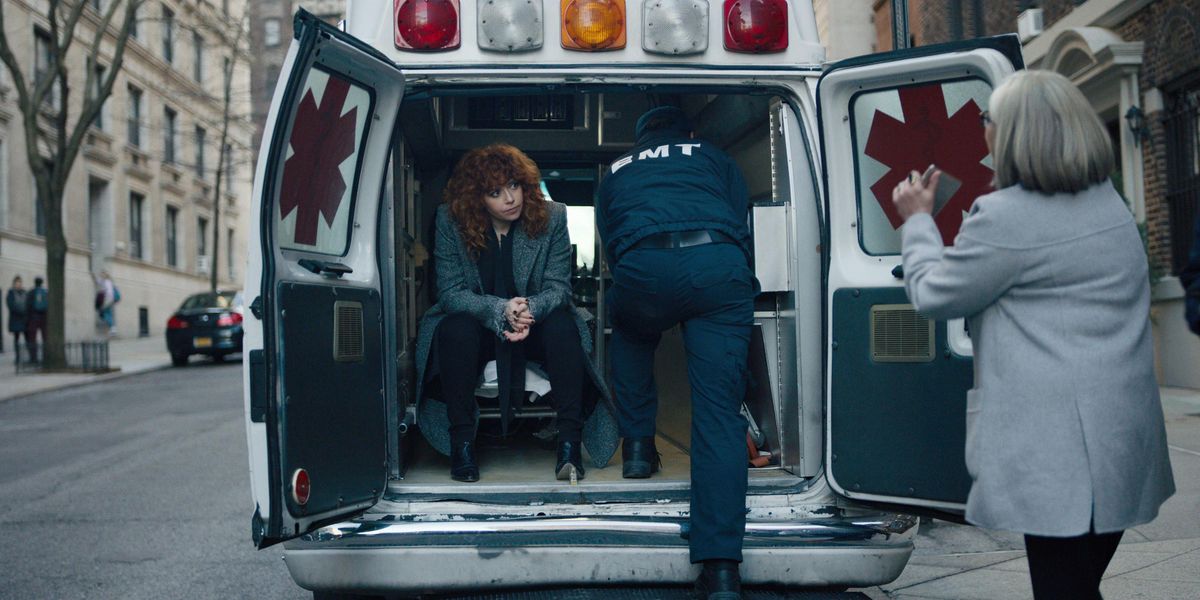 A volatile stock market in uncertain times. No, this isn’t any given hour on CNN, it’s a comedy series set around the worst stock market crash in Wall Street history. But it’s what caused the Oct. 19, 1987, implosion that launches this story starring Don Cheadle, Regina Hall, Andrew Rannells and a slew of regrettable fashion trends. The unlikely group of outsiders dare to challenge the institutionalized corruption and greed of Wall Street. Chaos, augmented by cocaine, cassette tapes and Lamborghinis, ensues. No matter the decade, this series, executive produced by Evan Goldberg and Seth Rogen, will at least make us laugh about the clowns who toy with our financial future. (LA)

The thrill of true crime meets the gritty glamour of old Hollywood in this limited original series directed by Patty Jenkins (“Wonder Woman”). Based on true events, it follows Fauna Hodel (India Eisley) on her journey to reconnect with her biological mother, but instead of finding the woman whom she believes gave her away at birth, she becomes entangled in a dangerous coverup connected to the still-unsolved Black Dahlia murder. This six-episode series starring Chris Pine also promises to address L.A.’s often overlooked and troubled history with race and class. Hollywood lore, a strong female lead and the bygone era of traffic-free L.A. What’s not to love? (LA)

The engine that ran “Groundhog Day” has been fitted into this downtown New York chassis, souped up and blown out into extra, darker dimensions. Natasha Lyonne, co-creating with Amy Poehler and Lesley Headlund, plays Nadia, who keeps dying and returning to a bathroom at a party she’s not thrilled to be at. (It’s her 36th birthday, close enough to midlife for a crisis.) Saying more would be saying too much, but this is a great showcase for Lyonne, who gives a performance that manages to be both bullish and delicate, flip and flipped out. Includes the gift of Elizabeth Ashley. (RL)

Biopics and docudramas are to my mind the lowest form of narrative, but I can be drawn in all the same. Here are two dance-themed series sure to come with lots of drama. “American Soul” tells the story of “Soul Train,” the little show that could, which funkified, discofied and otherwise brought the beat to TV from the 1970s onward; the cast includes Sinqua Walls (“Power”) as host Don Cornelius, Kelly Rowland as Gladys Knight, and Destiny’s Child vet Michelle Williams as Diana Ross. My interest in “Fosse/Verdon,” which looks at the tumultuous collaboration and marriage of Bob and Gwen, is to see what Sam Rockwell and Michelle Williams (the Michelle Williams who wasn’t in Destiny’s Child) will make of the title roles; a recently released trailer looks promising. (RL)

If “The Good Place” doesn’t wholly satisfy your need for celestial comedy series, here’s a sitcom set in heaven – or Heaven, Inc. – created by ex-“SNL” writer and player Simon Rich from his novel “What in God’s Name?” Steve Buscemi plays God – and was there ever better casting? – ready to end a troubled Earth; Daniel Radcliffe is the low-level angel, in the beleaguered Department of Answered Prayers, hell-bent on saving it. Watch for Angela Kinsey, from “The Office,” lending workplace comedy cred. (RL)

I know nothing of this series apart from the fact that it comes from indie filmmaker Gregg Araki (“The Doom Generation,” “The Living End”), a maker of distinctive, L.A.-set, often queer teen melodramas; and when outside sensibilities mix the medium, interesting things can happen – good or bad hardly come into it. (Araki has also directed episodes of “Riverdale,” “Red Oaks” and “13 Reasons Why,” so he knows the inside too). Written with Vogue sex columnist Karley Sciortino, the series promises four friends searching variously for love sex and fame, some drugs and a hint, real or imagined, of dark conspiracy. (RL)