A GRIP ON SPORTS • We were waiting for our dinner last night at a local restaurant. A large group, we were chatting and laughing and having a good time. Until our waiter stepped up to the table and said “The Patriots won. Just wanted to let you know before your food arrived.” How kind. Read on.

• The sentiment was nice, but a couple things that happened on the fields in New Orleans and Kansas City yesterday ruined any hope the dinner would go down easy.

The bad taste built up was too bitter.

First there was the missed pass interference in the Saints/Rams game – a game-deciding no-call if there ever was one.

And then, just before the prime rib and salmon was delivered to the table, the NFL’s hard-to-fathom overtime rules came into play.

Let’s take the second one first. And to explain it, let’s take a quick trip into the future for this year’s NBA semifinals.

The Warriors and the Rockets are tied at 124 at the end of regulation in Game Seven. A berth in the finals is on the line. The officials call the captains together and flip a coin. The Rockets win the toss. They get the ball first.

James Harden brings the ball downcourt, dribbles for a while and steps back from 27 feet. Swish. Game over. A 3-pointer wins it, of course. A 2-pointer? The Warriors would have had a possession to try to tie or win. 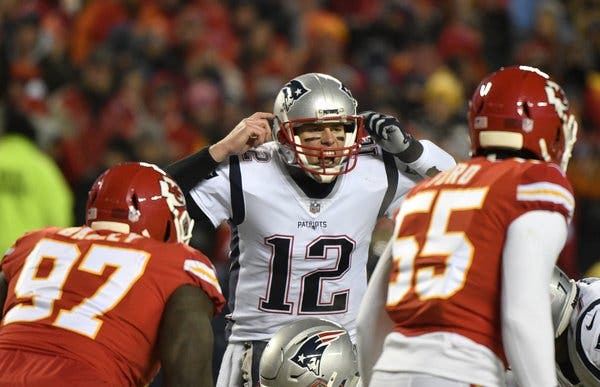 Doesn’t that sound stupid? Sure it does. But it’s what the NFL does in overtime. After years and years of deciding tie games, a multi-billion dollar industry with, supposedly, some of the smartest people in the world on the payroll, still hasn’t figured out how to decide games that are knotted up at the end of regulation.

I’m not sure the college way is better, but at least both teams have a chance to put their offenses and defenses on the field. In the NFL postseason, with so much at stake, it just seems to make sense to keep playing 15-minute quarters until a winner is decided.

Or the officials make a major blunder.

Which is what basically decided the other game. The Saints are not going to the Super Bowl again because an official decided not to throw his flag. Millions and millions of dollars, coaches’ and players’ legacies and the integrity of the NFL were all on the line. And yet there is no recourse when one or two officials make a mistake.

In front of everyone in America.

And then, as people, from Des Moines to Miami, from Bangor to Tucson, look on, Sean Payton derides Gary Cavaletto, a side judge who reportedly lives in Southern California. 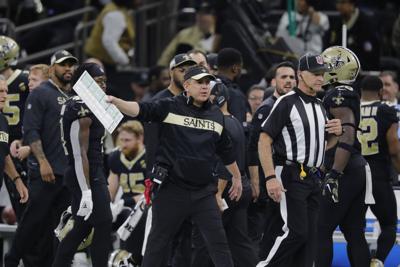 Whether it was Cavaletto who messed up the obvious pass interference call – it was an error, as everyone, from the NFL office to officiating experts to the player involved, admitted – we don’t know, but he was the guy Payton was vilifying on the sidelines afterward.

Maybe the NFL will step up and make a statement today – the league declined to last night. Or maybe in a few weeks we will find out an official or two were let go. Either way, it’s too late for the Saints and their fans. They will be watching the Super Bowl like the rest of us. And wondering why professional football doesn’t have some sort of mechanism in place to right such an obvious wrong.

In the not-so-distant future, there will be betting on every play. In the stadium. And billions of dollars will change hands due to such decisions. You have to belief that will serve as an impetus for change, to allow some sort of review of blatant mistakes.

If it does, the first place the cameras need to go is into the conference room when the competition committee meets to discuss the overtime rules. Somebody needs to throw a flag on the current setup.

Gonzaga: There was more to GU’s win over Portland than the final score. Jim Meehan delves into some of it with this look back at Saturday night’s win. … Around the WCC, if anything will cost Dave Rose his job at BYU, it would be the Cougars becoming irrelevant in the conference basketball standings. They are getting close.

WSU: The women’s basketball team lost at Stanford yesterday, becoming the 900th team to lose to a Tara VanDerveer team. … Elsewhere in the Pac-12, a five-star basketball recruit announced yesterday he was going to attend Washington. That’s a big deal for the Huskies and the conference. … There was one game yesterday, with Utah having little trouble at home against depleted Colorado. … An Arizona player reached a milestone.

EWU: The Rams are going to the Super Bowl. And three players who shined on Eastern’s red turf will be involved in some way. Ryan Collingwood has more in this story.

Preps: The WIAA will vote on altering the classification system before the month is over, possibly instituting the most sweeping changes in the organization’s history. Dave Nichols looks at what is on the line and how it could impact local schools and leagues.

• Honestly, I’ve never understood why NFL coaches, with the challenge system the league has in place, couldn’t ask for a penalty review at some point. It would have allowed the Rams’ Sean McVay to ask for a second look at a missed face mask earlier in the game and allowed Payton to vent his frustration yesterday by throwing a red flag 100 feet in the air. Until later …