A GRIP ON SPORTS • There are people who had trouble sleeping last night. They tossed and turned. They thought about one thing a lot. They can’t wait until 3 this afternoon. They are lifelong Mariner fans and one of their favorites will find out today if he made baseball’s Hall of Fame. Read on.

• We’re not going into this in real depth today, because the reaction this afternoon will be everything. But we have to acknowledge it. Edgar Martinez will be elected to the Hall of Fame today. 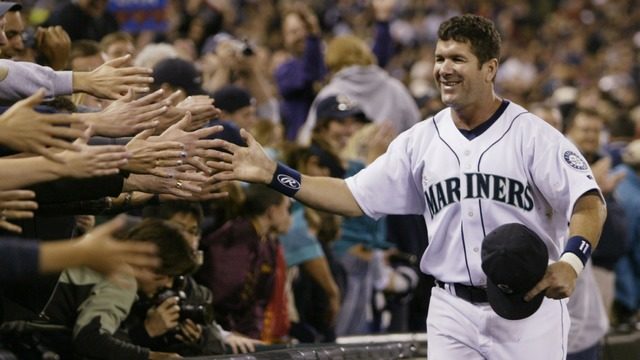 After 10 years of falling short, the Mariners’ second-best hitter of all-time will become their second-ever Hall of Fame player.

First, in both, is Ken Griffey Jr. That’s hard to argue (but, being it is baseball, many will).

But Edgar is second. And second, in this case, is not first loser. It’s pretty darn good, actually.

Hall of Fame inclusion is an honor Martinez has deserved for a long time. We went through all of the reasons why a year ago, but the bottom line is simple: He was one of the best hitters of his generation and a player who was at his best against the best. He is worthy.

Today, the folks connected with Cooperstown will annouce the results of the voting. Edgar Martinez will join pitchers Mariano Rivera and the late Roy Halladay as the players elected. It will be a relief for Mariner fans.

They will finally be able to sleep again.

Gonzaga: The Zags didn’t move up much in the rankings, despite some chaos in the top 10 last week. Jim Meehan has the news and Theo Lawson explains his votes. … The loss at BYU dropped the Bulldog women five spots in the latest Associated Press poll. … Jim joined Larry Weir yesterday for the most recent Press Box pod. … Around the WCC, a group of players from the same high school were supposed to transform BYU basketball. It didn’t happen.

WSU: It seems Eastern Washington quarterback Gage Gubrud is down to two schools in his quest for a spot to use his graduate transfer. Both are in the Pac-12. One is Utah, which has two starters returning at quarterback. The other is Washington State, which has, well, a couple guys who have thrown a handful of passes. It seems as if it should be a no-brainer decision. Ryan Collingwood has more in this story. … Speaking of Cougar quarterbacks, Theo takes a look at every WSU game from last year and picks out a Gardner Minshew highlight from each. I disagree with only one: The USC game. The highlight was a lowlight, but the uncalled targeting hit showed everyone just how tough the mustache was. … Elsewhere in the Pac-12, Washington is off to an historic start. … Up next for the Huskies is Oregon. … Speaking of starts, the games haven’t begun the way Colorado would like. … Utah has improved defensively as the season has worn on. … In football, UCLA looks to have picked up an assistant coach and lost a running back. … California has produced more Super Bowl starting quarterbacks than any school.

Mariners: Not only is this the day we find out about Edgar and the Hall, but the Mariners also made a trade yesterday, picking up an infield prospect in exchange for an outfield one.

Seahawks: Tom Brady has done the Patriots a solid for years. Will Russell Wilson do the same for the Hawks with his next contract?

• We are expecting snow this afternoon. Heavy stuff. Then it is supposed to turn into rain. Lots of it. What have we done to anger the weather gods? Besides complaining about the NFL’s officiating, I mean? I thought that only angered readers. Until later …