A GRIP ON SPORTS • While traveling last night, I was able to watch bits and pieces of baseball’s All-Star Game on my telephone. At 39,000 feet in the air. Isn’t technology grand?

• Sure, by using all the technological tools available, statisticians may be overloading baseball with launch angle and spin rate. But a similar hi-tech also makes it possible to see a game anywhere on the planet. Or above it. 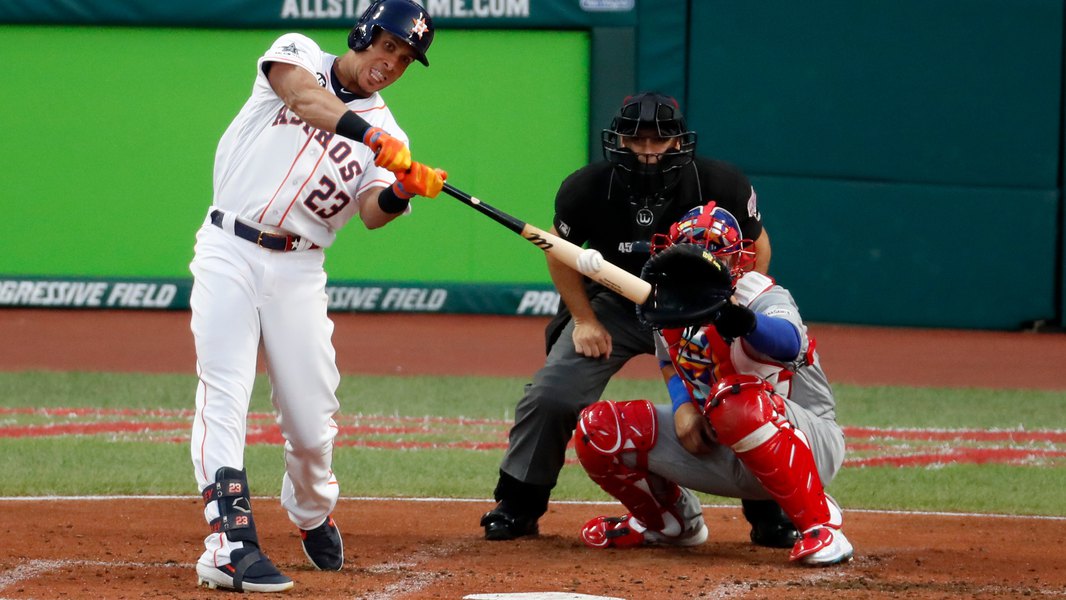 In other words, for every game-killing shift caused by computer-assisted numbers digestion, we get a corresponding game-enhancing ability like spray charts and on-screen strike zones.

Maybe we should call it is a wash and move on.

After all, no matter where you were watching baseball’s midseason exhibition, you saw pitchers throw triple-digit fastballs by hitters all night. It seemed every time I tuned in via Southwest Airlines’ free-TV service, I saw a strikeout. There were 23 in all, including a record 16 in a nine-inning game by the National League hitters. It’s another example of the way the game is played these days.

Absent the home runs, however. After 10 were hit in last year’s game, only two left the yard Tuesday.

Love it or hate it, baseball’s power pitchers were on display last night in Cleveland. The power hitters? They were busy too. Swinging and missing.

WSU: Another Texas wide receiver seems to be headed to Pullman. Cedrick Pellum committed to the Cougars on Tuesday. Theo Lawson has more in this story. … Around the Pac-12, it looks as if Arizona’s basketball roster might finally be set. … The Wildcats’ top returning football player is a linebacker. … Utah has a new tight end coming in.

Idaho: Former Vandal basketball standout Perrion Callandret is also playing this summer, and he’s doing it with an old friend.

Indians: Tri-City took another game from the host Indians on Tuesday night. Dave Nichols has the particulars of the 5-1 loss. … Dave also joined Larry Weir for the most-recent Press Box pod. … Around the Northwest League, Everett moved into a tie with Spokane with another win over Vancouver.

Chiefs: Spokane has its new coach. It’s Manny Viveiros, who won a WHL title while coaching Swift Current. Dan Thompson has more on the 13th head coach in franchise history.

Mariners: The National League’s best team is the Los Angeles Dodgers. The Dodgers’ representatives in the All-Star Game did not play well. Ergo, the American League won, 4-3. … The 1995 season was a long time ago. … Daniel Voglebach isn’t an overnight sensation.

Seahawks: The Hawks may make some roster moves this week, including possibly delving into the supplemental draft.

• Sorry this is so short this morning. It was a late night (or early morning) and we’re not at full-concentration mode just yet. We’ll be better tomorrow. By the way, my dad would have been 94 years old today if he were still here. Too bad he isn’t. He would have had something profound to say about last night’s swings and misses. Until later …