A GRIP ON SPORTS • If you love golf, this is a good week for you. Even if your love goes no further than infatuation with local courses.

• It is British Open week, of course, with the oldest major also moving into the position as the last major of the PGA season. Yes, it’s just mid-July and all four of the premier events in professional golf are about to be finished. 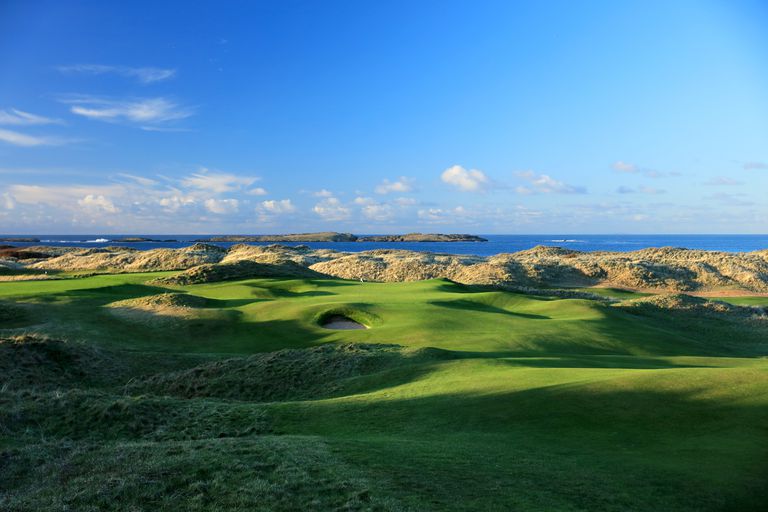 It seems odd. Heck, it is odd. But it is also the only way the tour could finish its FedEx Cup race before football takes over the minds (and television sets) of Americans.

It has been almost 70 years since the Open has been played at Royal Portrush in Northern Ireland – years pockmarked with political strife, violence and, finally, peace ­– which means no one playing this tournament has ever played the course with so much at stake. And the amount of green grass a viewer will see this weekend might make it seem like a U.S. tournament, not the Open.

Speaking of green, the Rosauers’ Open will be played at Indian Canyon this weekend. The Canyon is greener than it’s ever been with the addition of an irrigation system throughout the course.

There have been other changes, including a couple new tee boxes and some revamped greens, but it is the watering system that has made the biggest difference.

• I’m not sure if we’ve ever passed along a story on roller sports, but we do today. Ryan Collingwood has a preview of the national championships, which will be held right here in Spokane starting tomorrow. The event runs through the first week of August.

Gonzaga: The Canadian national basketball team could have as many as four former GU players during the FIBA World Cup. At least that’s how many were invited to the team’s training camp. Jim has more in this story.

WSU: There may not have been a more Eastern Washington presence in the Washington State athletic department than John Johnson. An East Valley High grad, Johnson attended Eastern Washington, was the school’s AD and has spent the past decade or so in Pullman. His wife, Lisa, was recently named golf coach at Nebraska and John will join her in Lincoln, working for former WSU athletic director Bill Moos. … Elsewhere in the Pac-12, five quarterbacks are on the Davy O’Brien Award watch list. Oregon’s Justin Herbert is there, along with Colorado’s Steven Montez, USC's J.T. Daniels, Stanford’s K.J. Costello and Arizona’s Khalil Tate. … Colorado actually uses tight ends. … Arizona State has an experienced offensive line. … In basketball, Utah announced its non-conference schedule, many of the games played in a 50-year-old Huntsman Center.

Indians: Even a late Everett grand slam wasn’t enough last night to steal Spokane’s thunder. Dave Nichols was at Avista Stadium and has the coverage of the Indians’ 5-4 win. … Elsewhere in the Northwest League, Everett has a true utility man. … Eugene actually won at Boise.

Mariners: The M’s lost 9-2 at Oakland last night, but as is the case often, the game actually turned on one pitch. And Marcos Gonzales, who was on the wrong end of a 3-2, two-out ball call, wasn’t happy about it. … The A’s Stephen Piscotty has a mission that has nothing to do with baseball. … The M’s revamped bullpen is really just all part of a revamped roster. … Edgar Martinez is about to join Ken Griffey Jr. and all the other hall of famers installed in Cooperstown. … Gene Warnick returns with his Out of Right Field recap.

Seahawks: As training camp prepares to open, the players who will be attending have a hierarchy. Bob Condotta is ranking them all this week. … The newest NFL scheduling idea just won't work.

Sounders: Seattle has a friendly coming up and the Sounders are using it as a chance to recharge.

• This time tomorrow I do believe I will be watching the British Open. Not sure who is going to win, but with it being in Northern Ireland, Rory McIlroy would have to be the fan favorite, right? Until later …