A GRIP ON SPORTS • The Spokesman-Review is holding another one of those Gonzaga events at the end of the month that will be … wait for it … legendary. And the Spokane Chiefs are looking for someone to become a legendary leader.

• Yes, it is the first part of June. And the two stories we are going to touch on concern college basketball and junior hockey. 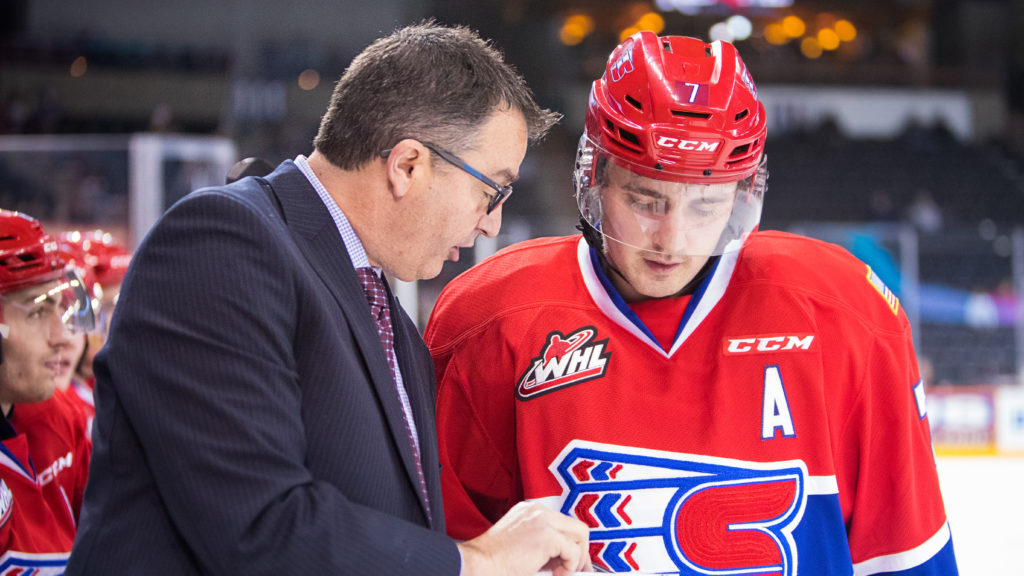 Hey, a guy can turn a cold shoulder to summer for one day, right? And maybe if we concentrate on winter sports, the smoke in the air will dissipate, making it possible for our “experienced” lungs to get the job done today. They struggled with the assignment yesterday afternoon.

We will start with the bombshell that emerged from the Spokane Chiefs offices yesterday. Just a couple of weeks ago, Dan Lambert signed a contract extension with the WHL club. It seemed as if the future was etched in stone, with Spokane happy to have the services of an experienced junior head coach behind the bench.

Today, the Chiefs are looking for their next coach.

Hey, if the NHL comes calling, a guy has to listen, right? Even if it’s Nashville.

(Sorry, that’s an unwarranted jab at the capital of country music. Kim’s family has some Nashville roots and we spent time there when we were younger. It’s a nice town even if its summer humidity is a tad higher than Spokane’s. Playing tennis, which we did just about every day, was an exercise in seeing how long it took for your shirt to turn a different color, usually about three minutes.)

Lambert, who has been an NHL assistant before, is headed back to the league. It is a step up in a lot of ways, of course, though there is something to be said for being the guy calling the shots. Maybe that’s the ultimate goal, being that guy on the NHL level, we don’t know.

What we do know Lambert’s departure leaves a hole. The Chiefs got better last season, going from a squad that couldn’t win a road game to one that came this close to winning the U.S. title. Improvement like that is not just a testament to the players but also to the coaching staff.

But junior hockey is nothing if not a yearly exercise in starting over. This year’s start in Spokane will be a bit tougher, that’s all.

• Speaking of tough, quite possibly the toughest player to ever wear a Gonzaga uniform, David Pendergraft, is one of four players the S-R will highlight in the next “Gonzaga Legends” event, coming up June 27. Pendo, as his friends call him, will be joined on the stage by NBA player Kelly Olynyk, women’s star Heather Bowman, who also starred at Lewis and Clark High, and guard Steven Gray.

It’s an impressive group made even more impressive when you consider all four grew up within less than 300 miles of Spokane.

Yes, Gonzaga reaches around the world to fill its basketball rosters. But many of its legends come from the Northwest.

Pendergraft grew up in Brewster and played for one of the better Bears’ teams since the mid-1970s. That’s when I first met him, as he played his summer ball for our AAU club.

No one, and I mean no one, worked harder to make himself into a college basketball player than David. He’s legendary even if that’s your only criteria. 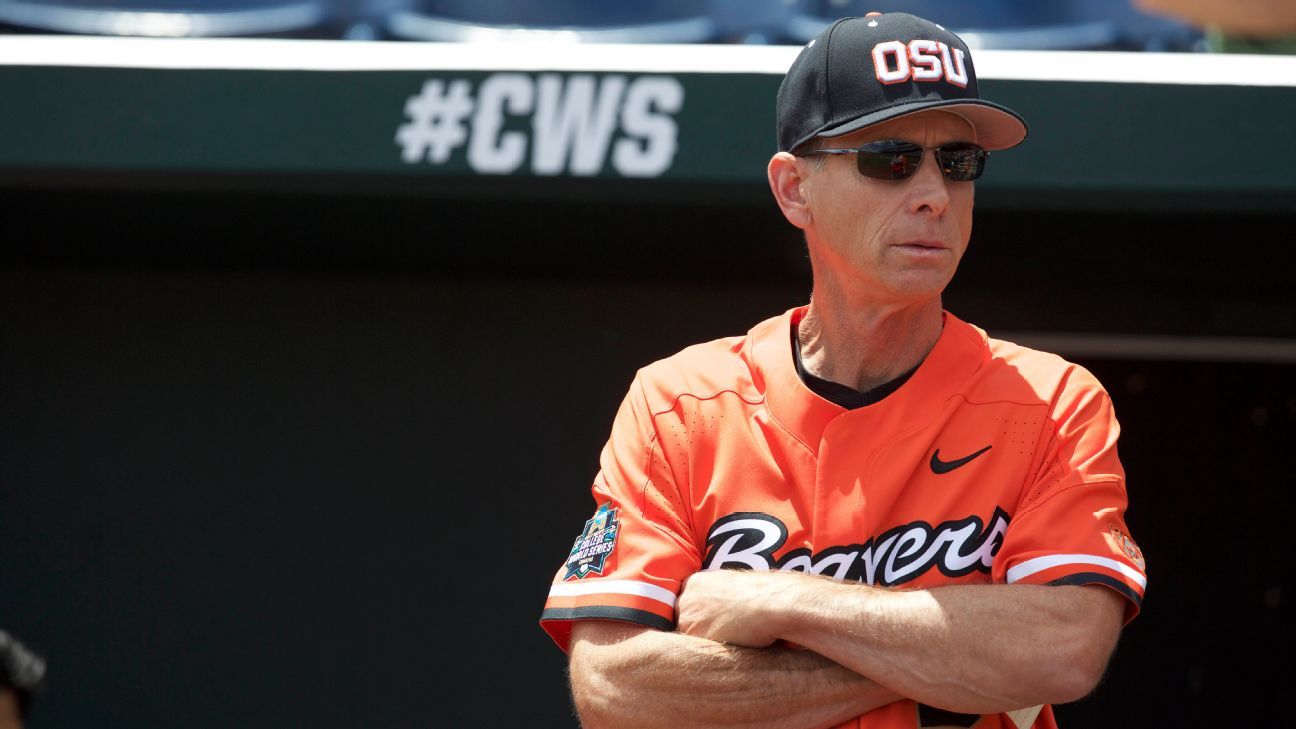 WSU: There are no Washington State-centric stories to pass along this morning but around the Pac-12, there is plenty of news. The conference of champions (thanks Bill Walton) has another championship. UCLA scored in the bottom of the seventh and won the softball crown 5-4 over Oklahoma. … Oregon State had been holding out hope Pat Casey would return to the dugout after a year off. It is not happening. The school joins USC and Oregon in looking for a permanent coach. … Arizona State is sticking with Tracy Smith. … The Pac-12’s search for a deep-pocketed partner seems more like sleight of hand than anything else. … The conference has revamped its bowl lineup some, including upgrading in Las Vegas. … It’s a long time until next basketball season, but that doesn’t stop Jon Wilner from making some all-conference selections.

Gonzaga: Besides the “Legends” event, Dave Nichols has a story on GU pitcher Casey Legumina, who was drafted yesterday. … Elsewhere in the WCC, a couple of players that may not have been playing for BYU next season seem to have bonded with new coach Mark Pope.

EWU: Age has a way of sneaking up on everyone. Ask Shantay Legans. He’s in a boot right now, dealing with a torn Achilles tendon. Ryan Collingwood explains how the latest in a long line of Eagle basketball injuries occurred.

Chiefs: Dan Thompson has all the information concerning Lambert’s departure and Spokane’s next move.

Indians: College baseball players have a much greater chance of playing Short A baseball than high school draftees. That’s just the way all organizations work. This year, the Texas Rangers have drafted more college players than usual, which means the higher picks may end up in Spokane. Dave has more in this story.

Hoopfest: The City of Spokane seems ready to take over a large proportion of security costs to keep the event downtown. Rebecca White has a story on the thought process and what it could mean to other events. Funny, the first few years of the event’s existence, there were many merchants who tried to run it out of downtown. Now it’s become such a part of Spokane, the City is looking at ways of keeping it entrenched in the core area.

Preps: Former Coeur d’Alene High star Colson Yankoff has found a new home. The quarterback, who announced earlier this spring he was leaving Washington, has landed at UCLA.

Mariners: We’ve talked about the bullpen before. No need to beat a dead rug. The M’s need better relief pitching. It showed again last night, when a one-run lead turned into an 11-5 loss in a blink. … The Mariners drafted more pitchers yesterday. … Baseball is in trouble in a lot of ways. It needs some tough love. … Gene Warnick has his Out of Right Field recap.

Seahawks: There is no debate. The Hawks are a run-first team. … Another day of OTA workouts is in the books. … Tyler Lockett is the leader of the receivers now that Doug Baldwin is gone.

Sounders: There is a good chance the youngest player ever to don a Sounders kit will play this week.

• It seems almost August-like outside right now. Not because it is hotter than Hades, but because the smoke in the air makes it hell to breath. Luckily, there are showers in the forecast for the end of the week, which should solve the problem. If not, I’m heading to Uruguay, where it is almost winter. That should fix the problem. Until later …