Whether you love grooving out in the sun or prefer to be entertained in the comfort of an air conditioned venue, summer entertainment season in the Inland Northwest has something that fits the bill.

Below are just a handful of the noteworthy events taking place over the next few months.

Rock or hip-hop, country or comedy: Northern Quest Resort and Casino has a little something for everyone during its Outdoor Summer Concert series.

Tickets are on sale now through TicketsWest outlets. All concerts require guests 16 and younger to be accompanied by an adult.

It’s back to the beginning for Coeur d’Alene Summer Theatre.

The theater’s 2019 season marks the return of executive director Tracey Vaughan and the arrival of artistic director Stu Cabe, who has been involved with the theater since 1986 in roles including actor, singer, dancer, set builder, company manager and board member.

Vaughan served as executive director for two seasons in recent years and is returning this season after a brief hiatus.

Coeur d’Alene Summer Theatre kicked off the season with “Beauty and the Beast,” which continues through June 30. The season will continue with “Oklahoma” from July 11-28 and “Smokey Joes’ Café” from Aug. 8-25.

“From an artistic director stand point, our three-show season is also adding the old with the new,” Cabe said in a news release. “ ‘Beauty and the Beast’ is a new classic, ‘Oklahoma’ is an old classic being done in a new and exciting way, while ‘Smokey Joe’s Café’ is the perfect blend of new and old. We can’t wait for people to see this season.”

And there are still a few opportunities left to catch the show, which runs through June 30.

SVST returns to Central Valley in 2020. All three musicals will be directed by Yvonne A.K. Johnson.

“Spring Awakening,” which runs July 12-28 on the main stage, follows a group of teens as they experience the trials and tribulations of teenage sexuality.

The musical features music by Duncan Sheik and a book and lyrics by Steven Sater. It’s based on the 1891 German play of the same name by Frank Wedekind.

This summer, the Spokane Civic Theatre Academy will also produce a play, “Tom Sawyer,” and a musical, “13,” in the studio theater.

The album, which was released in April, contains four singles Jones released last year: “It Was You,” “My Heart Is Full” with Thomas Bartlett, and two songs with Wilco’s Jeff Tweedy, “A Song With No Name” and “Wintertime.”

Along with the title track, the album also features “Uh Oh” and “Just a Little Bit.”

“I try to go in (to the studio) with a few clips of voice memo ideas to have a jumping off point,” Jones told Idolator in February. “With each session the little ideas were definitely with those particular musicians in mind, but the hope is to always create in the moment, and with each session there were songs that came out of nothing. I was very open and had no real expectations as far as direction, but each session has exceeded my expectations.”

Jones will headline a sold-out show July 26 at the Martin Woldson Theater at the Fox.

Since 1983, the Festival at Sandpoint has enlivened August evenings with amix of concerts on the shores of Lake Pend Oreille.

Country’s biggest weekend, Watershed Music and Camping Festival, will bring Jason Aldean, Zac Brown Band and Miranda Lambert, both solo and with the Pistol Annies, Lambert’s trio with Ashley Monroe and Angaleena Presley, to the Gorge Amphitheatre on Aug. 2-4.

The three-day, two-stage festival takes over the Gorge Amphitheatre on Aug. 2-4. Passes are on sale now at www.watershedfest.com.

More fun at the Gorge

On Aug. 9, British folk-rock quartet Mumford & Sons headlines the Gorge as part of its “Delta” tour.

The band released “Delta,” which features singles “Guiding Light,” “If I Say” and “Beloved,” in November.

The album debuted in the top spot on the Billboard 200, Americana/Folk Albums, Alternative Rock Albums and Rock Albums charts.

And from Aug. 30-Sept. 1, Dave Matthews Band will host its annual three-day run at the Gorge.

Since 1999, Dave Matthews Band has stopped by the Gorge every year during Labor Day weekend. The band took a break from the road in 2017, but returned to the amphitheatre last year with “Come Tomorrow,” its first album since 2012’s “Away From the World.”

According to a press release, this year’s shows will bring the band’s Gorge show count to more than 60. 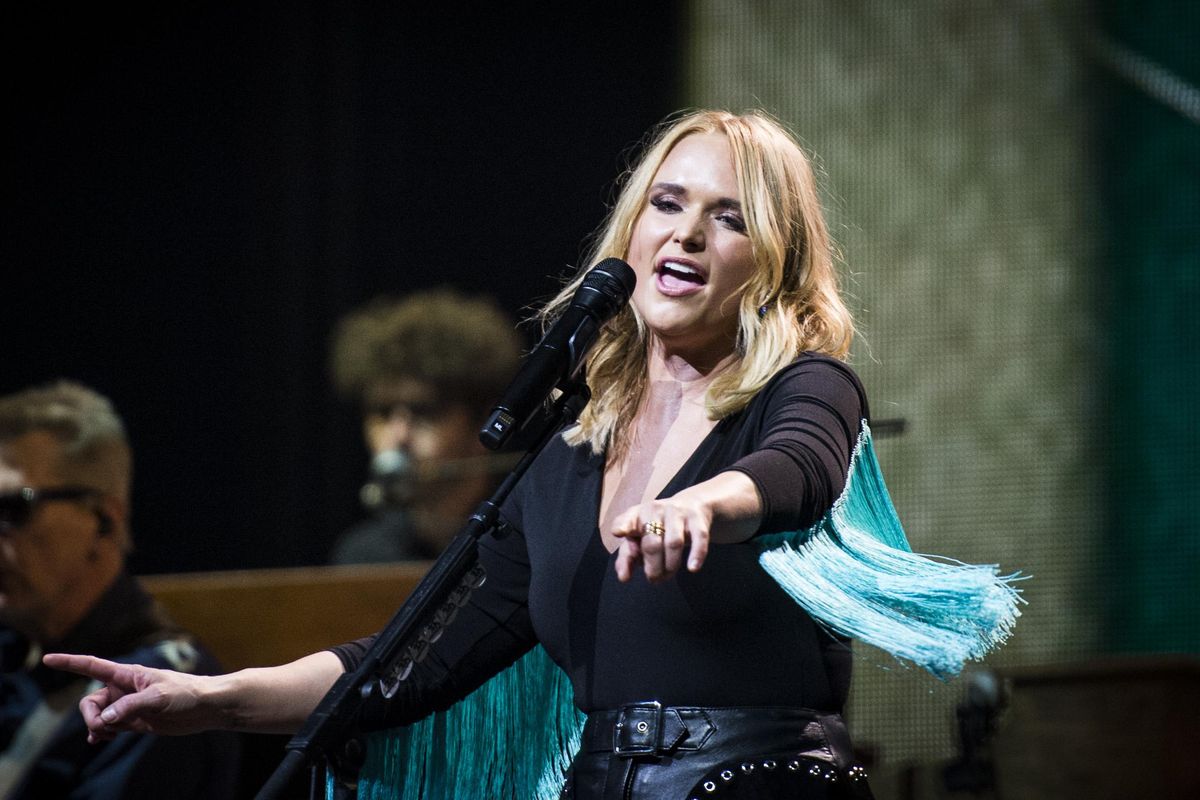 Pig Out in the Park

Pig Out in the Park is celebrating 40 years of food and fun with its biggest music lineup yet.

Peter Rivera, Too Slim and the Taildraggers, Teresa James and the Rhythm Tramps, Super Sparkle, Sammy Eubanks and the Work’in Class and Kosta La Vista are also set to perform.

The rest of the entertainment lineup will be announced in the coming months.

Following a successful “Leftoverture” anniversary tour, rock legends Kansas are embarking on the “Point of Know Return” 40th anniversary tour, which includes a Sept. 11 date at the First Interstate Center for the Arts.

The tour features a performance of the acclaimed album, featuring “Dust in the Wind,” in full, plus a set of deep cuts and fan favorites.

Krall’s longtime collaborator and friend, bassist John Clayton, will join her on the run of dates, as will Grammy award-winning saxophonist Joe Lovano and drummer Karriem Riggins.

Krall released “Turn Up the Quiet” in 2017 and “Love Is Here to Stay,” a collaborative album with Tony Bennett, in 2018.

Attention, Bob Seger and the Silver Bullet Band fans: the band will stop by the Spokane Arena on Sept. 19 during the “Roll Me Away” tour, the band’s final tour.

The “Roll Me Away” tour, which kicked off in November, has taken Seger and the Silver Bullet Band across the country as they perform hits like “Hollywood Nights,” “Still the Same,” “Old Time Rock and Roll” and “Roll Me Away.”

The “Roll Me Away” tour, as of now, will end Oct. 5 in Indianapolis, a celebration of a career even Seger didn’t see coming.

“I thought I’d be done by 30,” he told Rolling Stone n January 2018. “My original plan was to do it for five years between the age of 25 and 30 and then buy a motorcycle and drive across Europe, and then get a real job. It didn’t work out that way. The more you do it, I guess, the more you love it.”