Former Wisconsin governor and presidential candidate Scott Walker urged conservatives to be prepared if Washington state ever flips from blue to red during a speech to hundreds of business leaders and elected officials Tuesday in Spokane.

Walker said the state could be at a tipping point, just like Wisconsin was when he first ran in 2010. In that election, Republicans won control of the state government and later passed a controversial bill that dramatically decreased public unions’ ability to collectively bargain.

Walker was first elected in 2010 and won a recall election two years later. He won a second term in 2014, but lost the bid for his third term to state schools Superintendent Tony Evers in November. He was also one of 17 Republicans who ran for president in the 2016 election, but said he did not plan to run for president in 2020.

Walker, who has been called a union buster, said he wasn’t necessarily anti-union, but instead supported giving local elected officials the ability to manage employees without having to deal with restrictive union-negotiated contracts. 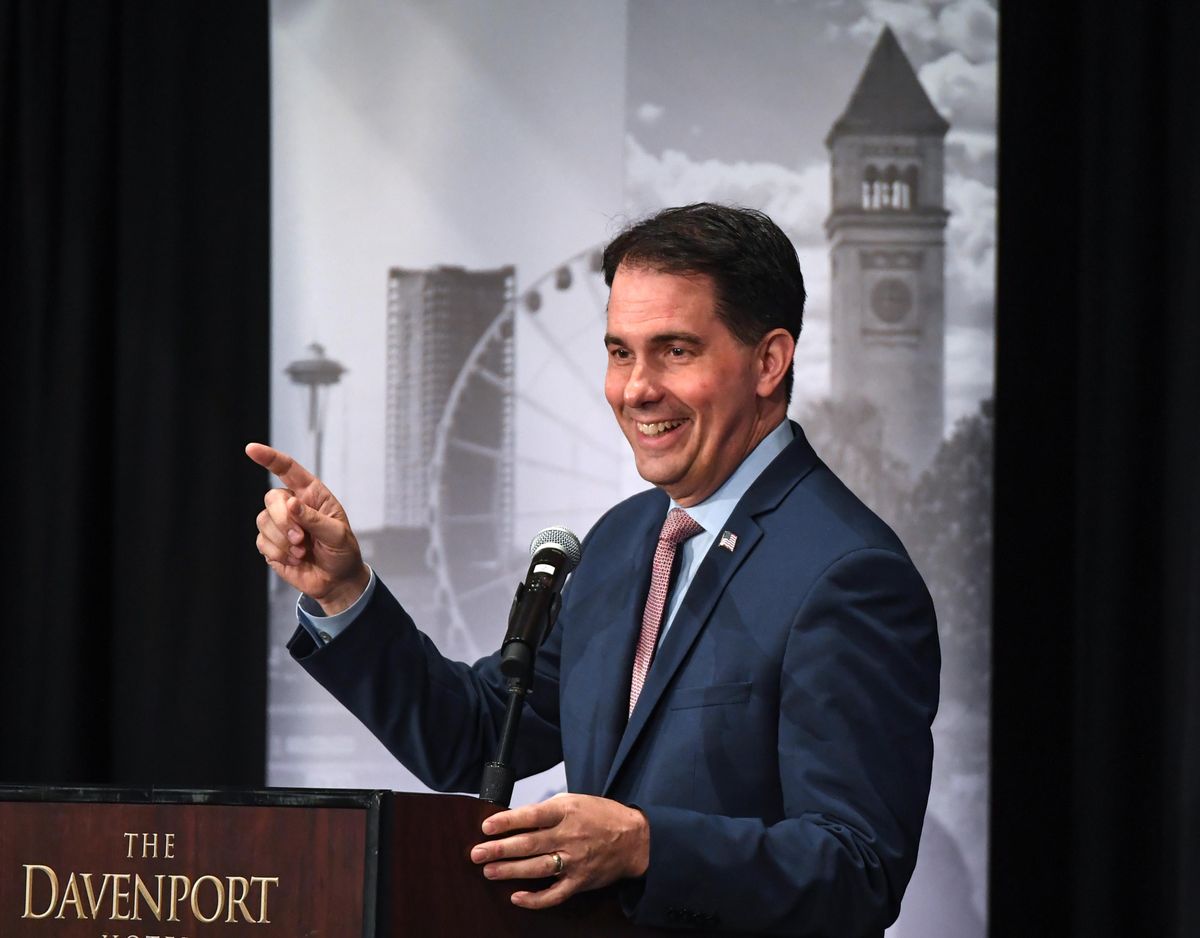 45th governor of Wisconsin, Scott Walker, addresses the crowd at the Washington Policy Center’s Statewide Policy Conference, Tuesday, May 14, 2019, at the Davenport Hotel in Spokane, Wash. (Dan Pelle / The Spokesman-Review)

Walker said Wisconsin’s union laws saved school districts millions of dollars, and said he has advocated for other states to adopt their own versions of the union laws. If local governments and school districts didn’t have collective bargaining agreements that limit how they can direct their employees, he said they may be able to get through budget shortages without laying off hundreds of employees.

He said Washington leaders would have to develop their own version of Wisconsin’s union law, however, because each state’s labor issues are different.

“Every state has to adapt it differently,” he said. “I don’t think there’s one cookie-cutter approach.”

Walker said the union law was one of many conservative reforms the Republican-controlled Statehouse pushed through early in his term. He said the GOP passed as many conservative policies as possible, because they never knew when they would lose control of the Statehouse.

He said if he would have waited until longer into his term to pass conservative policies, he likely wouldn’t have won his recall election.