Corey Kispert scored 20 points, Filip Petrusev had 19 points and 15 rebounds and the No. 8 Gonzaga Bullodgs powered past the North Dakota Fighting Hawks 97-66 on Tuesday at McCarthey Athletic Center.

Kispert and Petrusev led a dominant front court for Gonzaga, which finished with a 64-32 advantage in points in the paint and a 53-29 edge in rebounds.

Freshman fowards Anton Watson and Drew Timme also had strong games for the Zags. Watson had 15 points and eight rebounds. Timme had 16 points and four rebounds off the bench.

The Bulldogs had five in double figures. Guard Admon Gilder scored 10 points on 4-of-9 shooting.

No. 8 Gonzaga used its superior size and strength inside to work over North Dakota to the tune of 64 paint points, fueling a 97-66 victory Tuesday in front of 6,000 at the McCarthey Athletic Center. | Read more »

Gonzaga-North Dakota: 3 keys to the Bulldogs’ victory over the Fighting Hawks 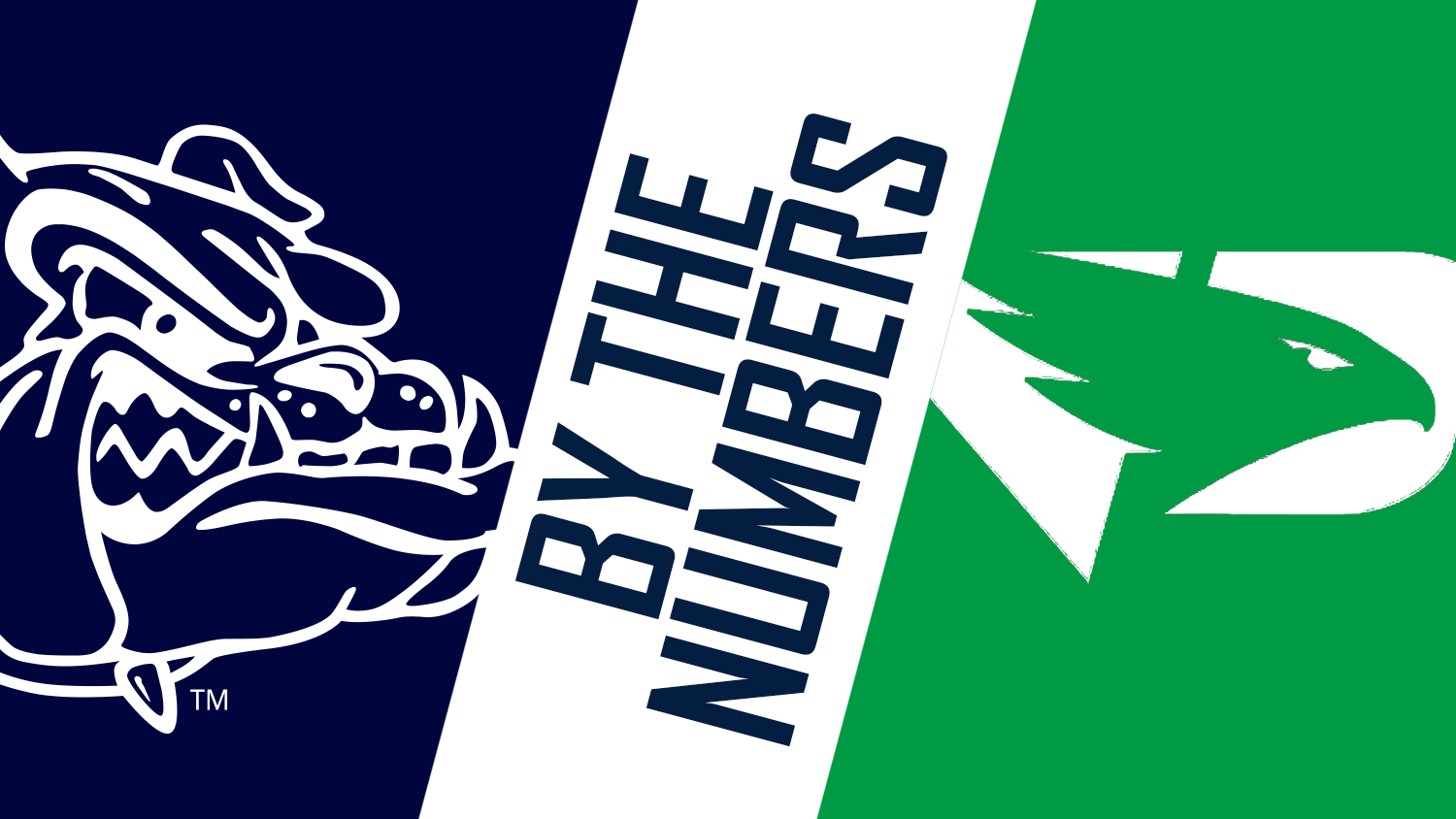 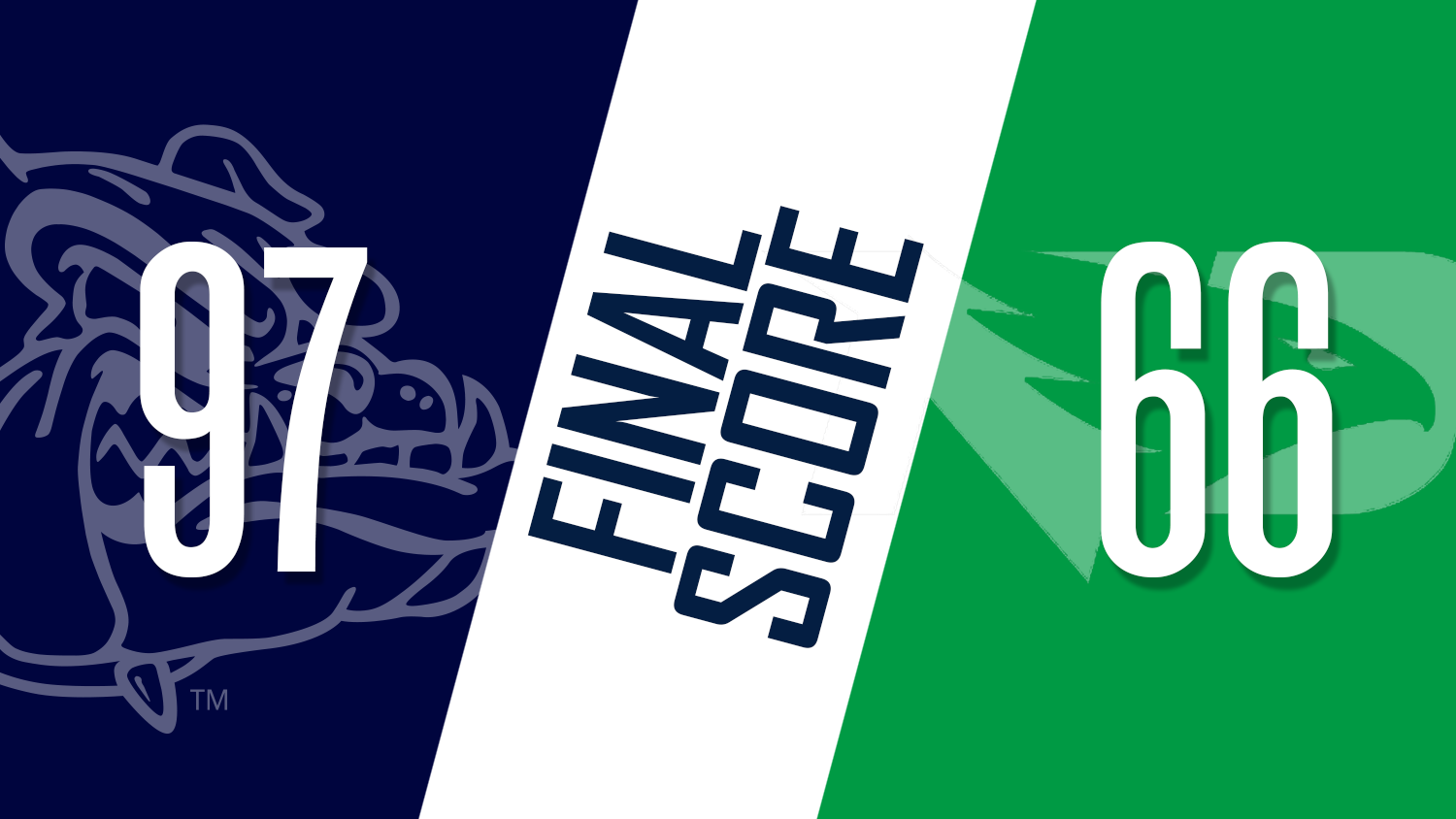 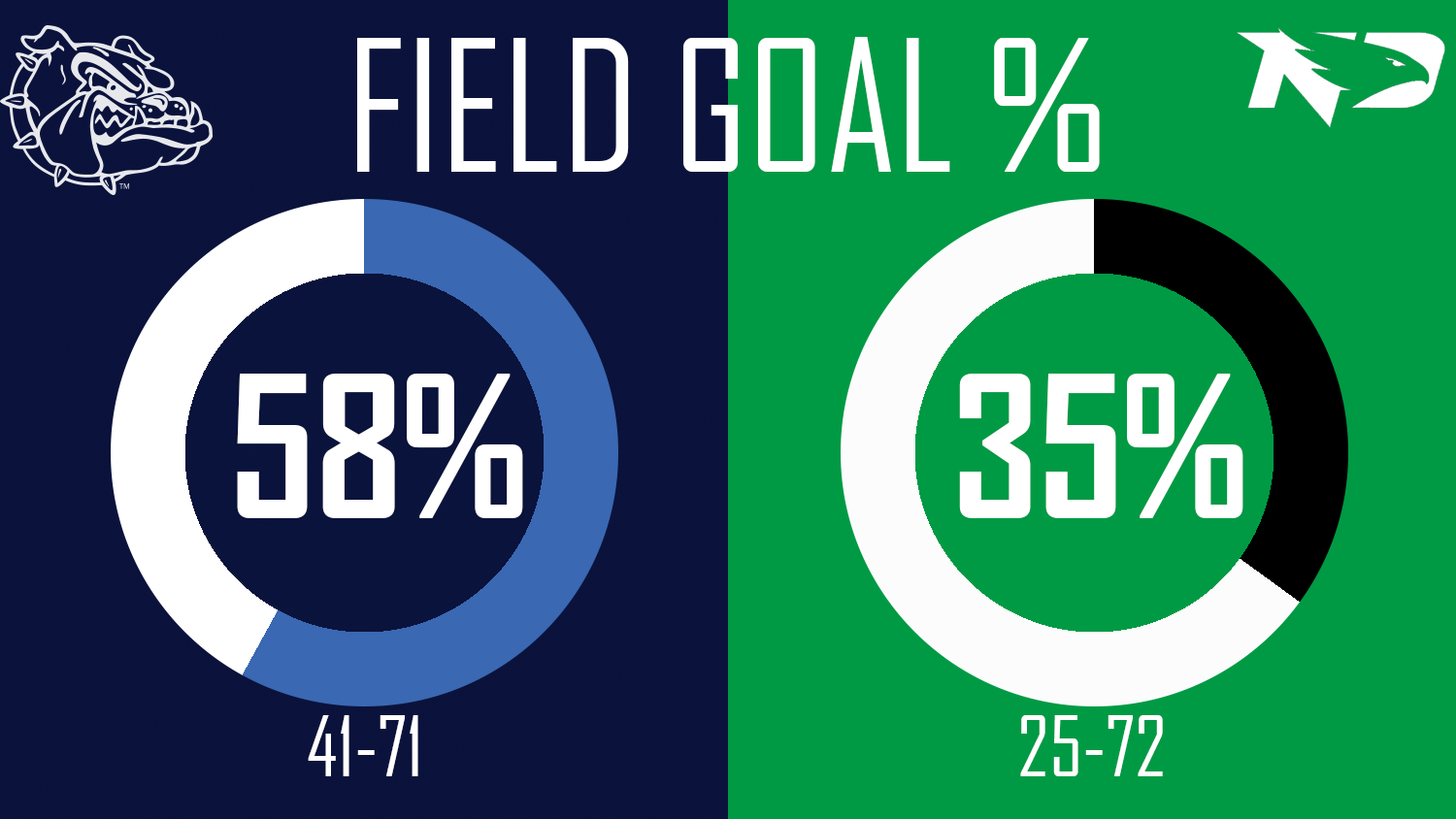 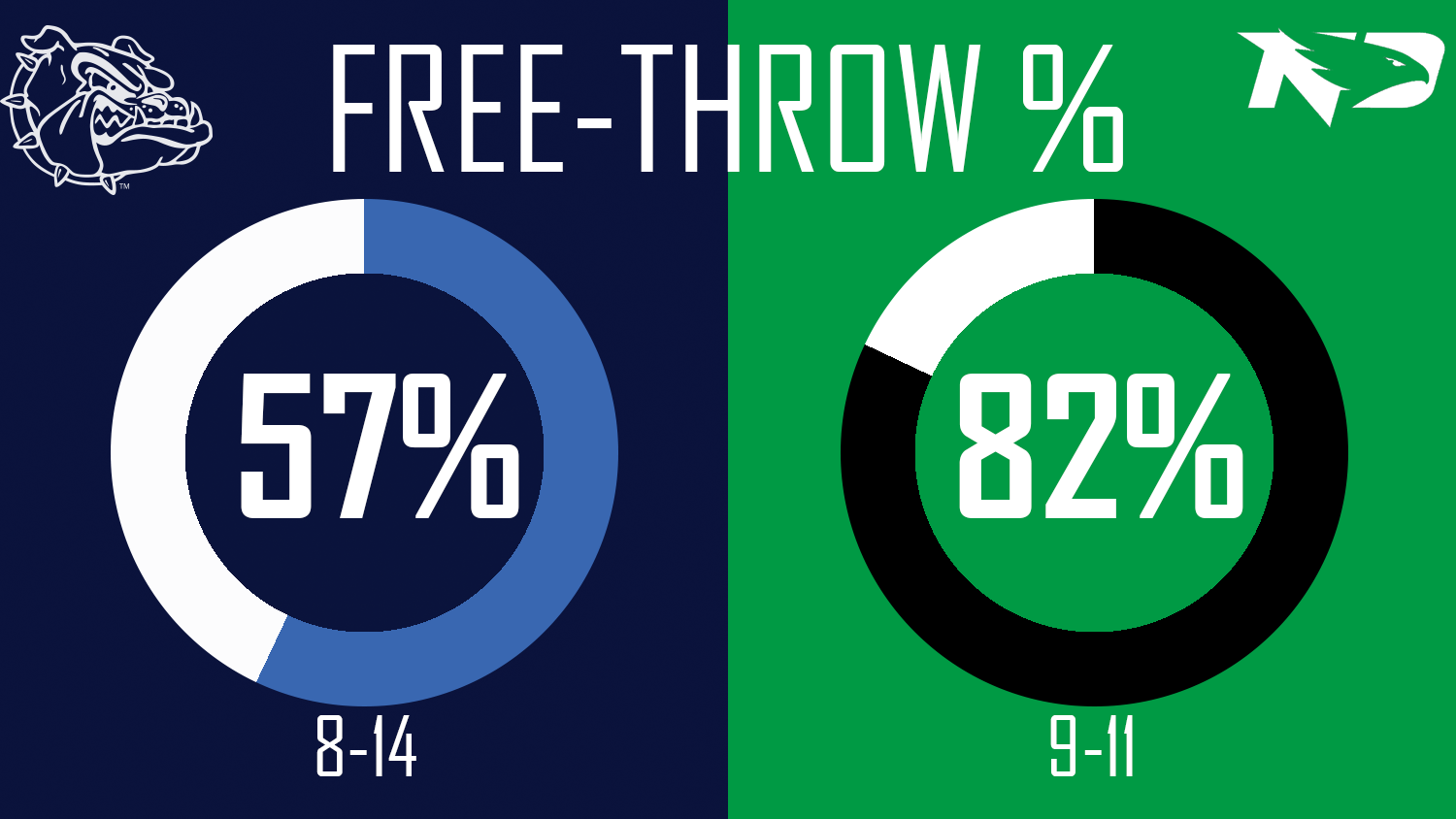 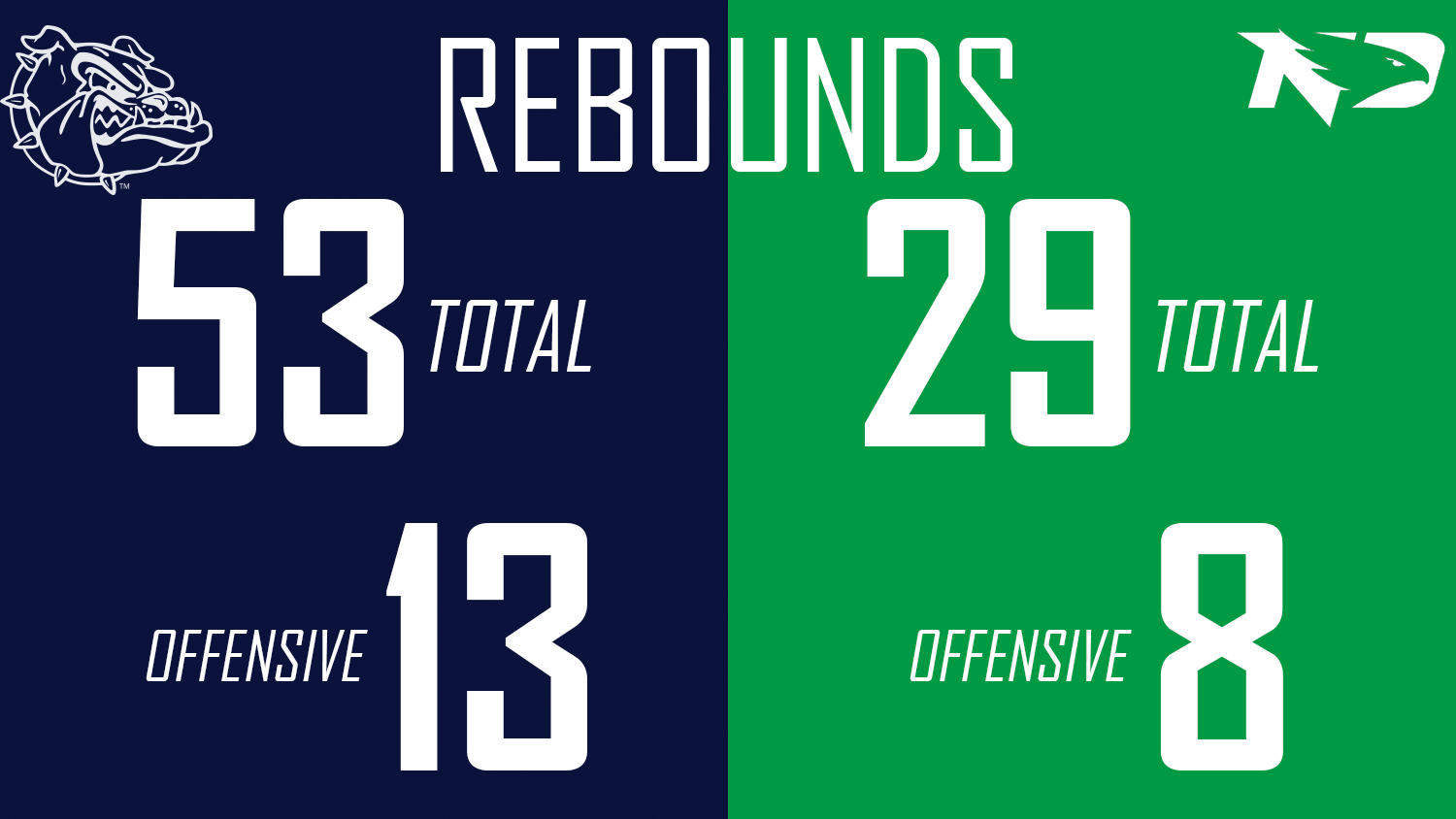 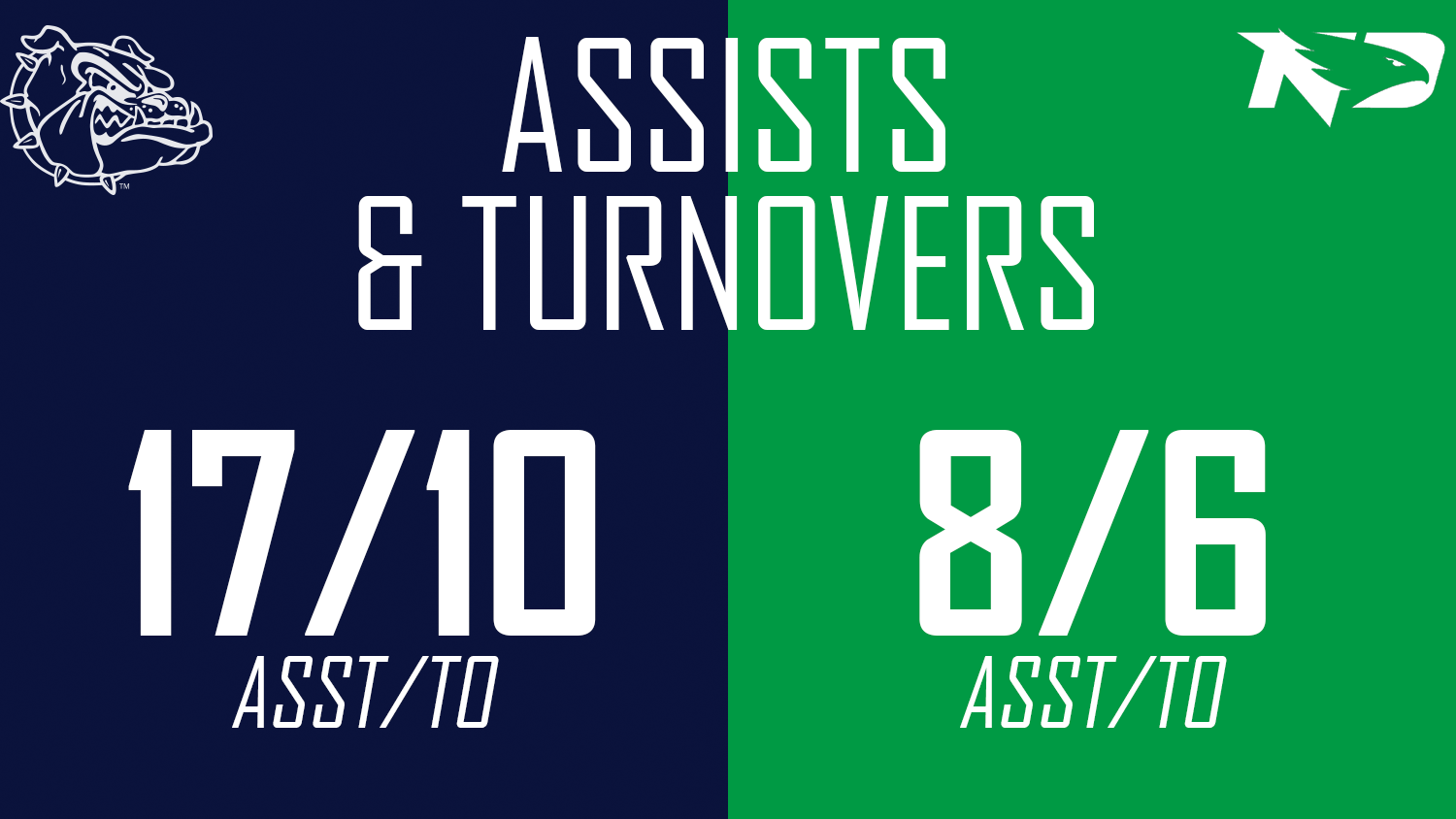 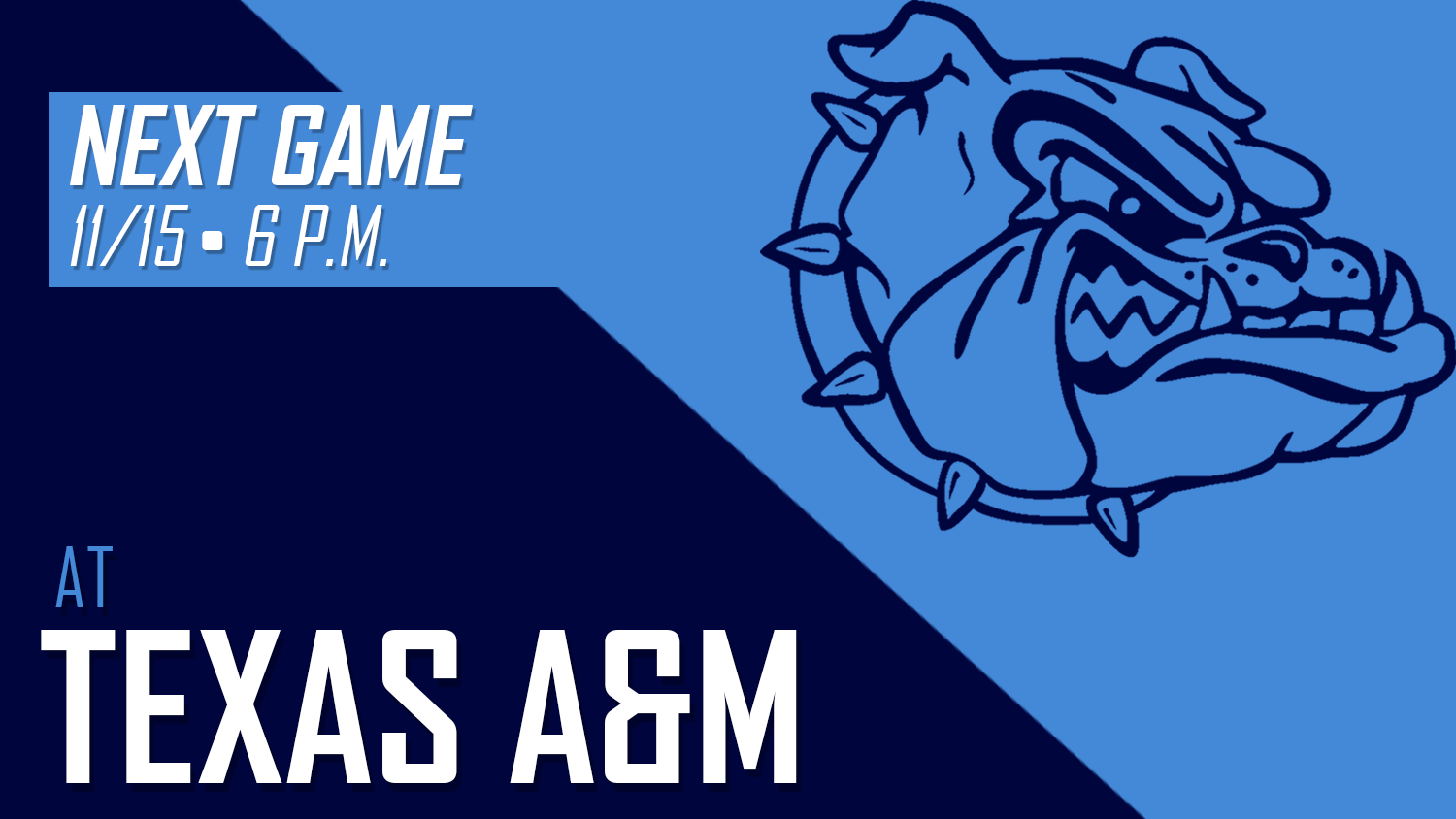 15:28 – Gonzaga 15, UND 2: Filip Petrusev and Gonzaga are off to strong starts and the Bulldogs have the early lead over the Fighting Hawks.

Petrusev has seven points and five rebounds as North Dakota has no answer inside for the sophomore forward.

Gonzaga opened with an 8-0 run. Corey Kispert and Admon Gilder made 3s sandwiched around a Petrusev basket.

The Zags have outrebounded UND 10-4.

11:18 – Gonzaga 25, UND 9: The Bulldogs continue to control the game from the inside as forwards Corey Kispert, Filip Petrusev and Drew Timme lead the way.

Kispert has eight points and three assists. Timme has four points and two rebounds off the bench.

The Zags hold a 16-6 edge in rebounding.

Admon Gilder is 2 of 2 from 3-point range for six points.

4:21 – Gonzaga 40, UND 22: Gonzaga keeps pounding away inside and its lead over North Dakota keeps growing.

Filip Petrusev is up to 13 points and seven rebounds, subsitute Drew Timme has eight points and two rebounds. Anton Watson has five points and four rebounds.

North Dakota was able to cut the Gonzaga lead to down to 9 with 8:22 left after Marlon Stewart made back-to-back 3s.

Half – Gonzaga 55, UND 36: The Bulldogs take a 19-point halftime behind a dominant inside performance from Filip Petrusev.

The Serbian sophomore has 13 points and seven rebounds. He is 5-of-9 shooting and a big reason the Zags hold a 34-16 edge in points in the paint as Gonzaga has controlled the game from the inside. The Bulldogs also hold a considerable lead in rebounding, 28-14.

Corey Kispert has added 12 points and five assists for the Zags.

Freshman forward Drew Timme has been a spark off the bench with 10 points. Senior guard Admon Gilder is 3-of-6 shooting for eight points.

North Dakota is led by Marlon Stewart. The senior guard has a team-high 15 points and three assists.

Forward Filip Petrusev leads GU with 17 points, Corey Kispert has 15, Drew Timme has 14 points off the bench, Anton Watson has 13 and guard Admon Gilder is up to 10.

13:52 – Gonzaga 67, UND 43: The Bulldogs start the second half just as they did the first, focused on getting the ball inside to Filip Petrusev.

The Zags ran their first play of the half to get Petrusev the ball on the block. The sophomore forward scored easily on a spin move.

After Petrusev’s strong first half, North Dakota decided to double him with a second big man. This left Anton Watson wide-open for easy baskets on three straight possessions as the Fighting Hawks failed to rotate to cover the GU freshman forward.

Corey Kispert has 14 points, five rebounds and five assists for the Zags. Watson has 11 points.

Gonzaga, behind Petrusev, holds a 50-18 edge in points in the paint.

3:00 – Gonzaga 92, UND 62: Scary moment for the Zags as freshman forward Anton Watson goes down after challenging a shot at the rim.

Watson immediately covered his face with his jersey after he hit the floor. After being looked at by the trainer, Watson walked off the floor holding a towel up to what appeared to be a cut near his right eye. Watson has 15 points and eight rebounds.