COLLEGE STATION, Texas – Admon Gilder and Ryan Woolridge scored 16 points each and the Gonzaga Bulldogs rolled to big win over the Texas A&M Aggies on Friday.

The Bulldogs weathered a slow shooting start to surge into the lead midway through the first half.

After trailing 12-9 at the under-12 timeout, Gonzaga turned the game around with a 31-7 run to close out the half. The Zags held Texas A&M scoreless for 8:45 during the run.

Gilder, who transferred to GU from Texas A&M, and Woolridge, a North Texas transfer enjoyed their return to their home state. The two guards both grabbed seven rebounds. Fellow Texan Drew Timme also scored in double digits, adding 11 for the Zags.

Behind Petrusev, Gonzaga dominated inside. GU outrebounded Texas A&M 46-29 and held a big advantage in points in the paint, 44-20.

Wendell Mitchell led the Aggies with 14 points, though he shot just 5 of 13. Texas A&M went 3 of 20 from 3-point range and shot just 30.4% from the field. They commited 18 turnovers compared to five assists.

Gonzaga forward Corey Kispert was held in check as he shot 1 of 10 and scored three points.

Gonzaga shut out Texas A&M over an 8-minute, 43-second stretch, turning a small deficit into a comfortable lead and providing all the cushion the eighth-ranked Zags would need in an impressive 79-49 victory Friday night in front of an announced crowd of 10,344 at Reed Arena. | Read more »

This was supposed to be Gonzaga’s first big test. And it was, but only for as long as it probably took viewers to find the SEC Network on their television or streaming device – if that took the first 9 minutes of the opening half. | Read more »

Gonzaga-Texas A&M: 3 keys to the Bulldogs’ 79-49 victory over the Aggies 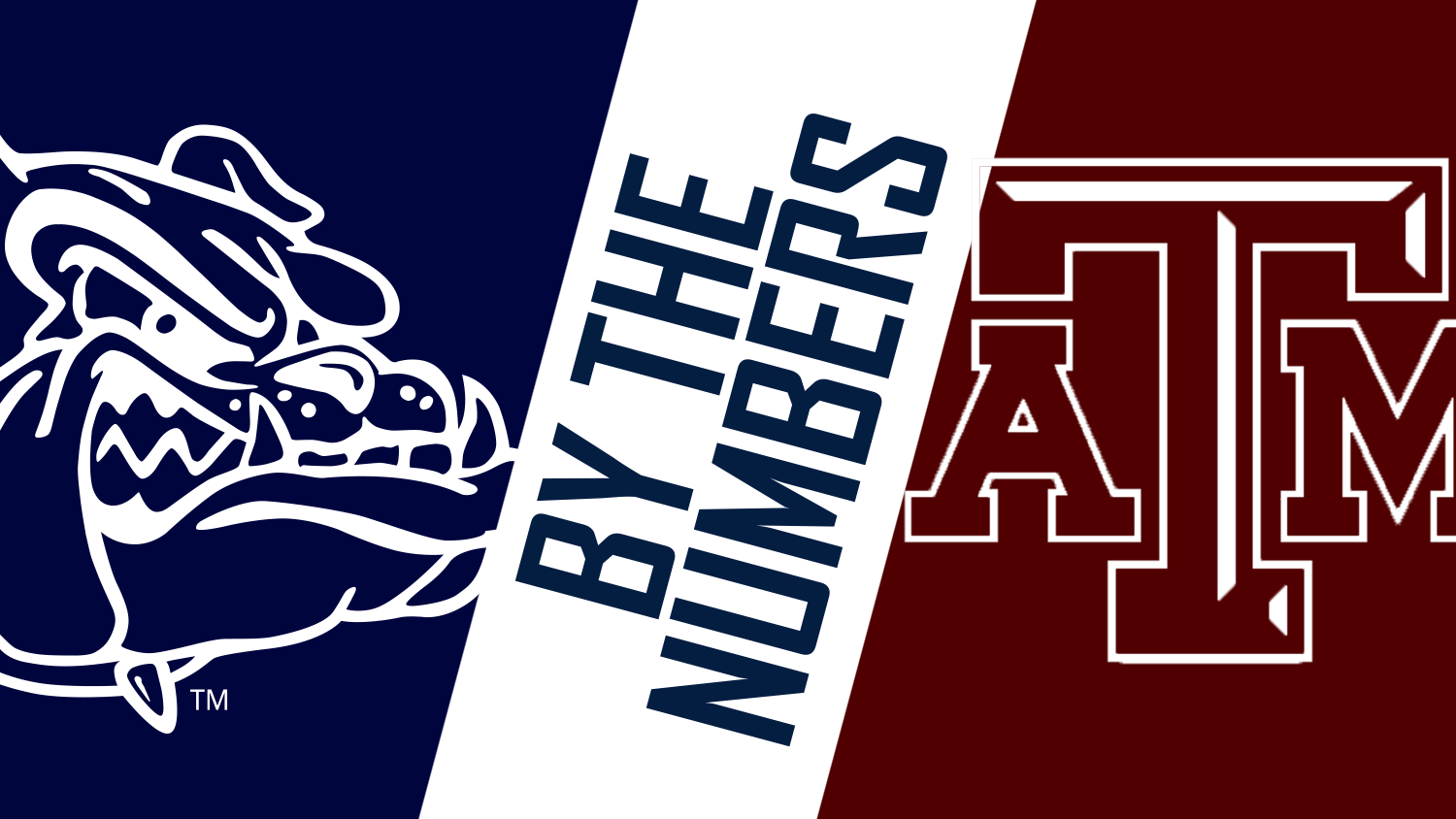 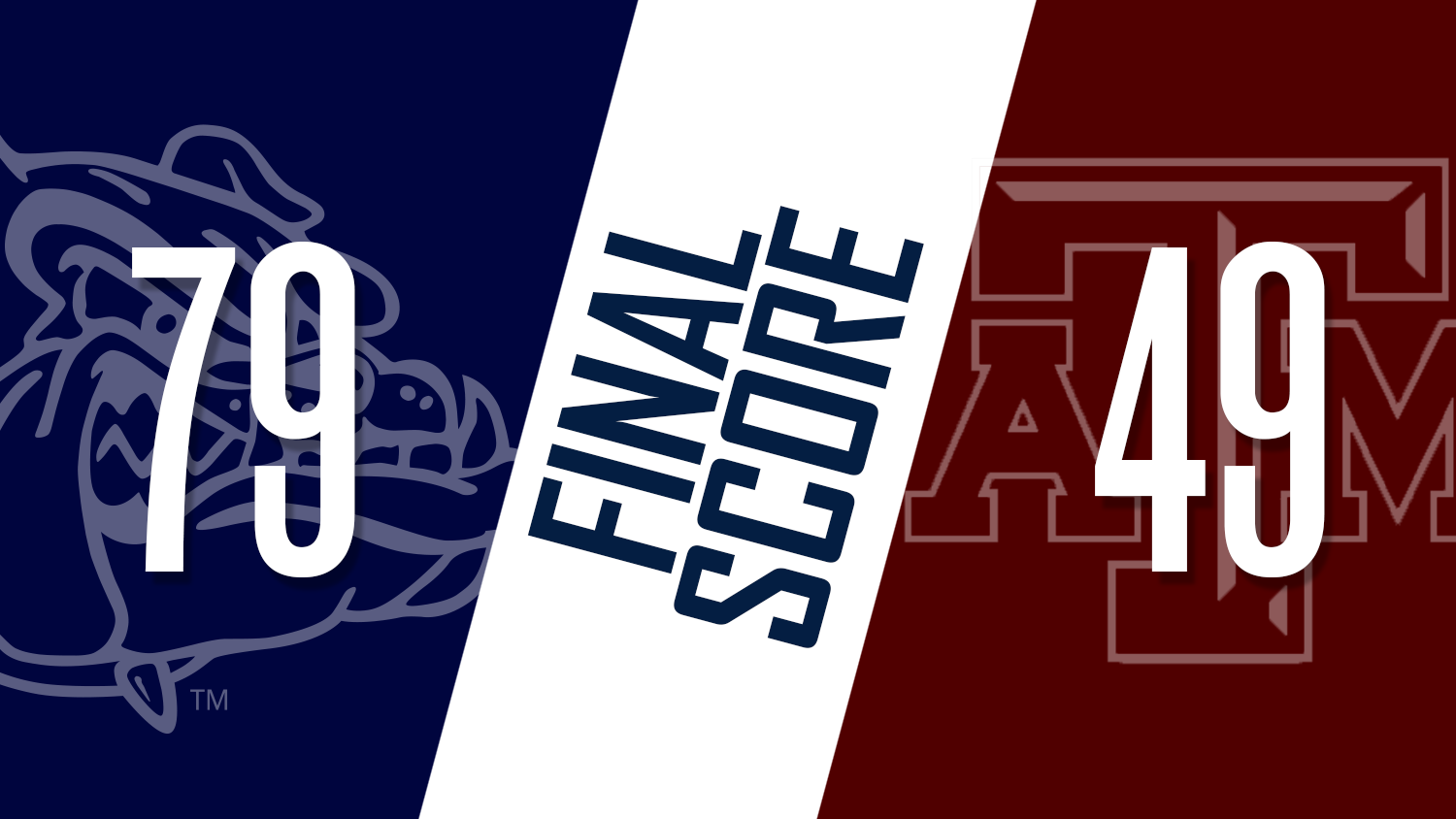 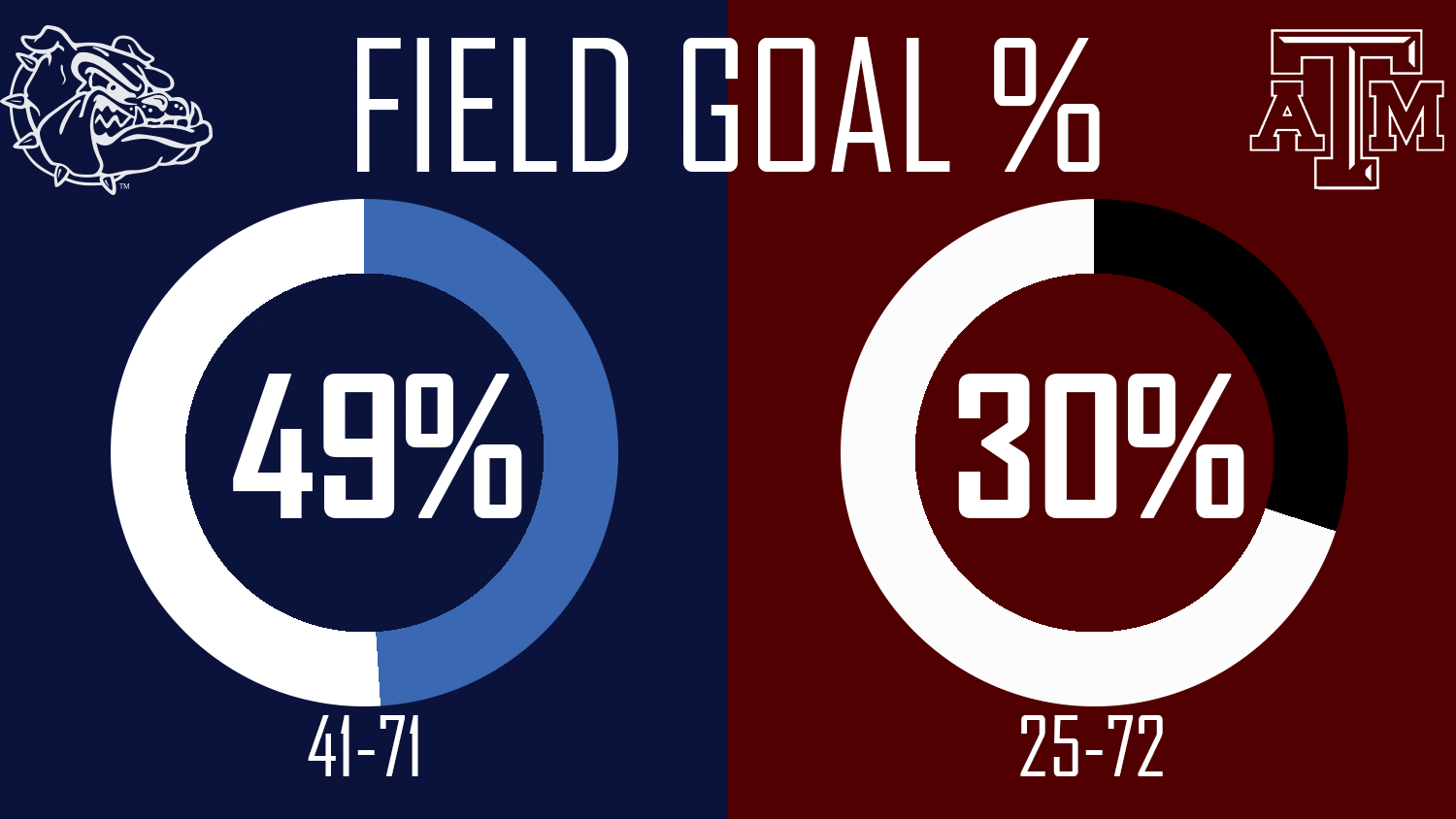 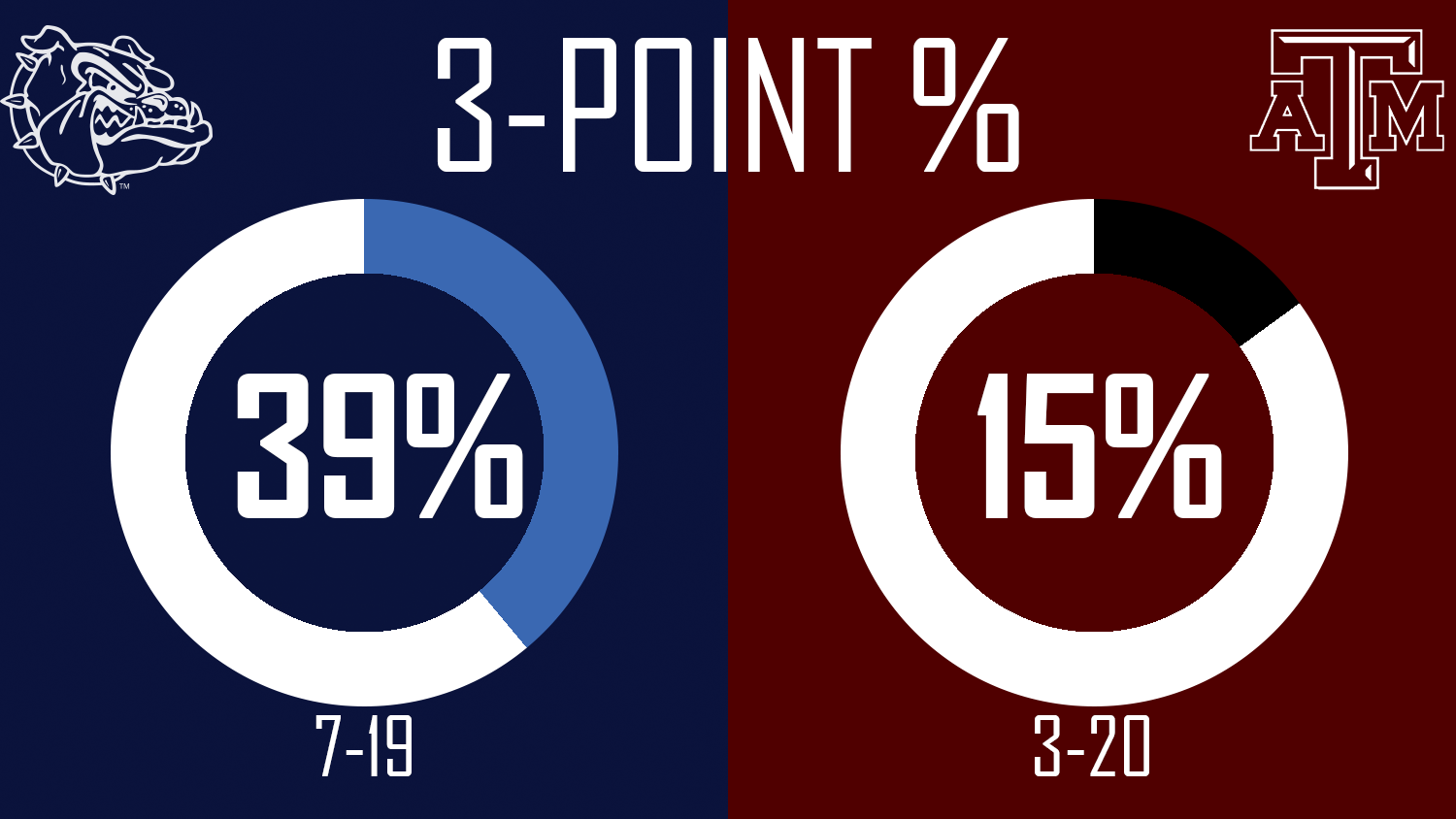 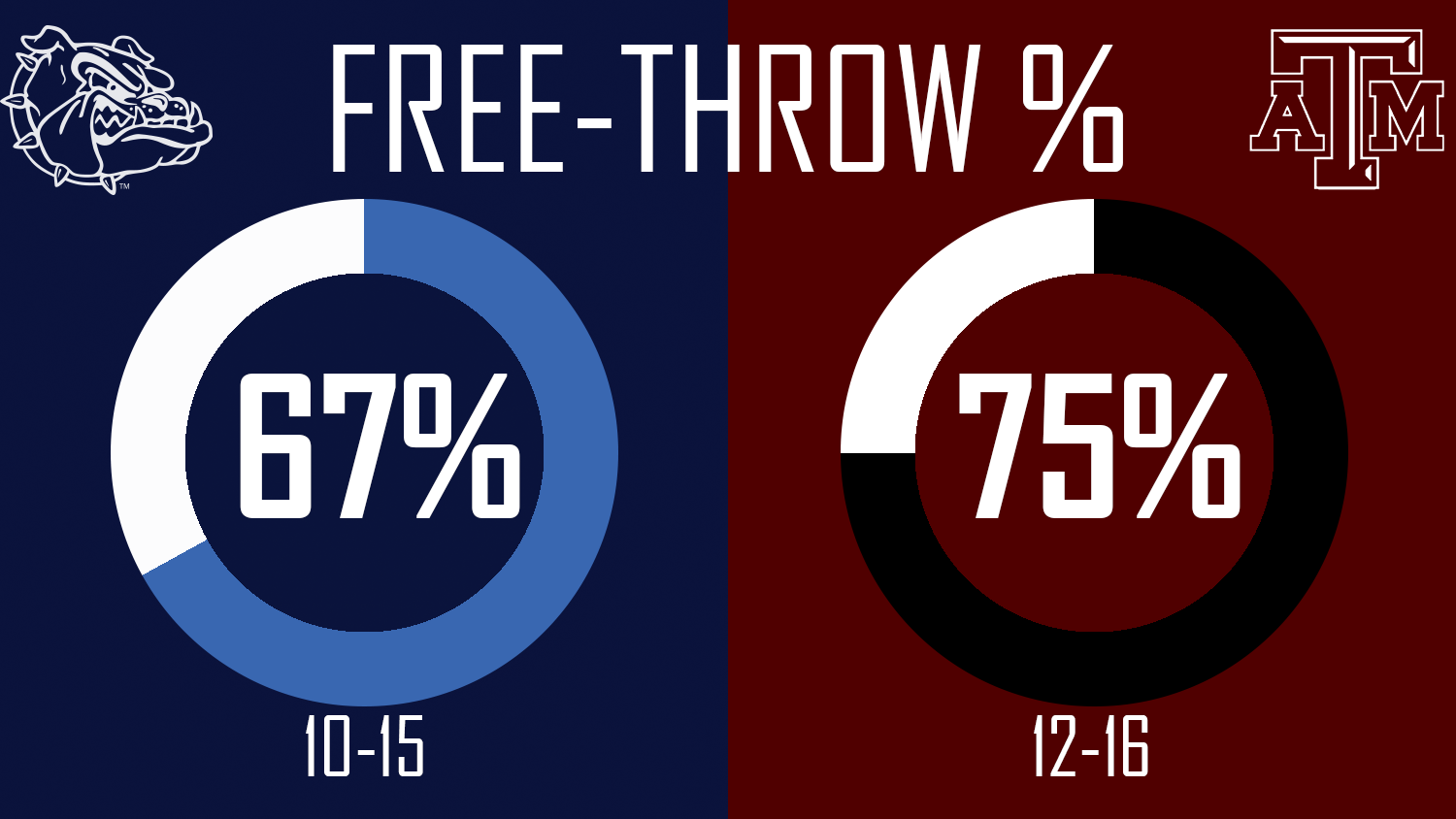 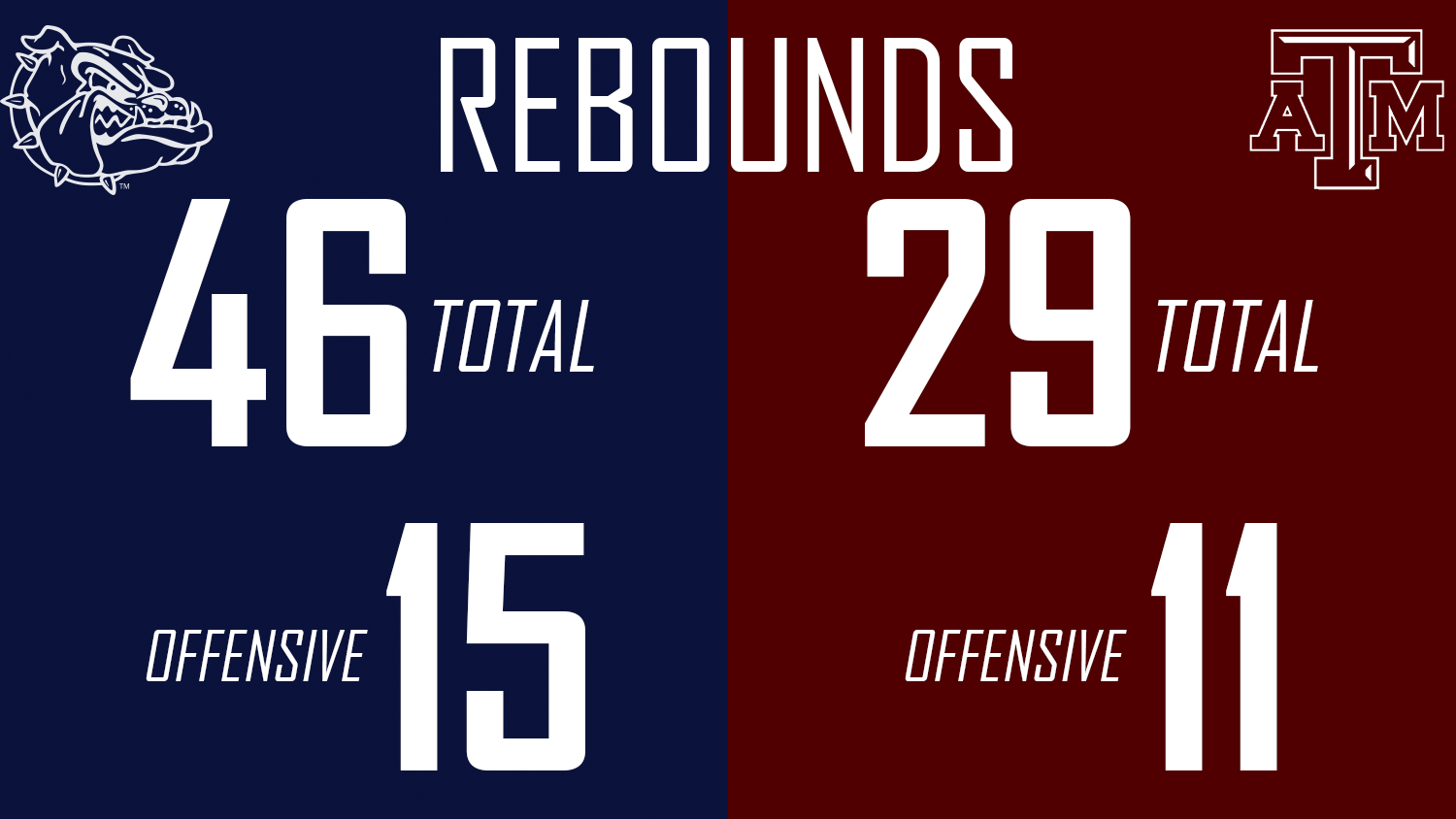 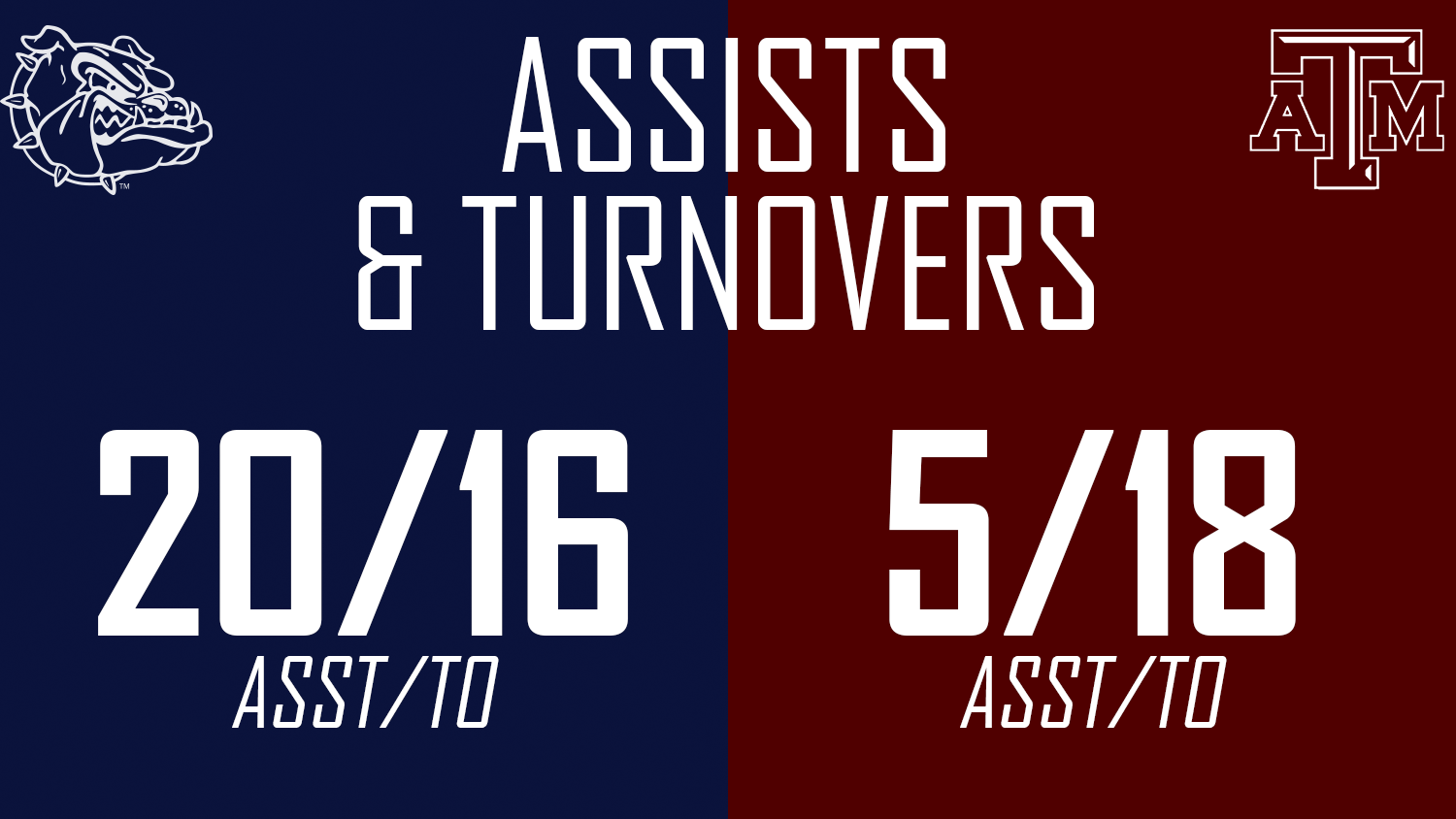 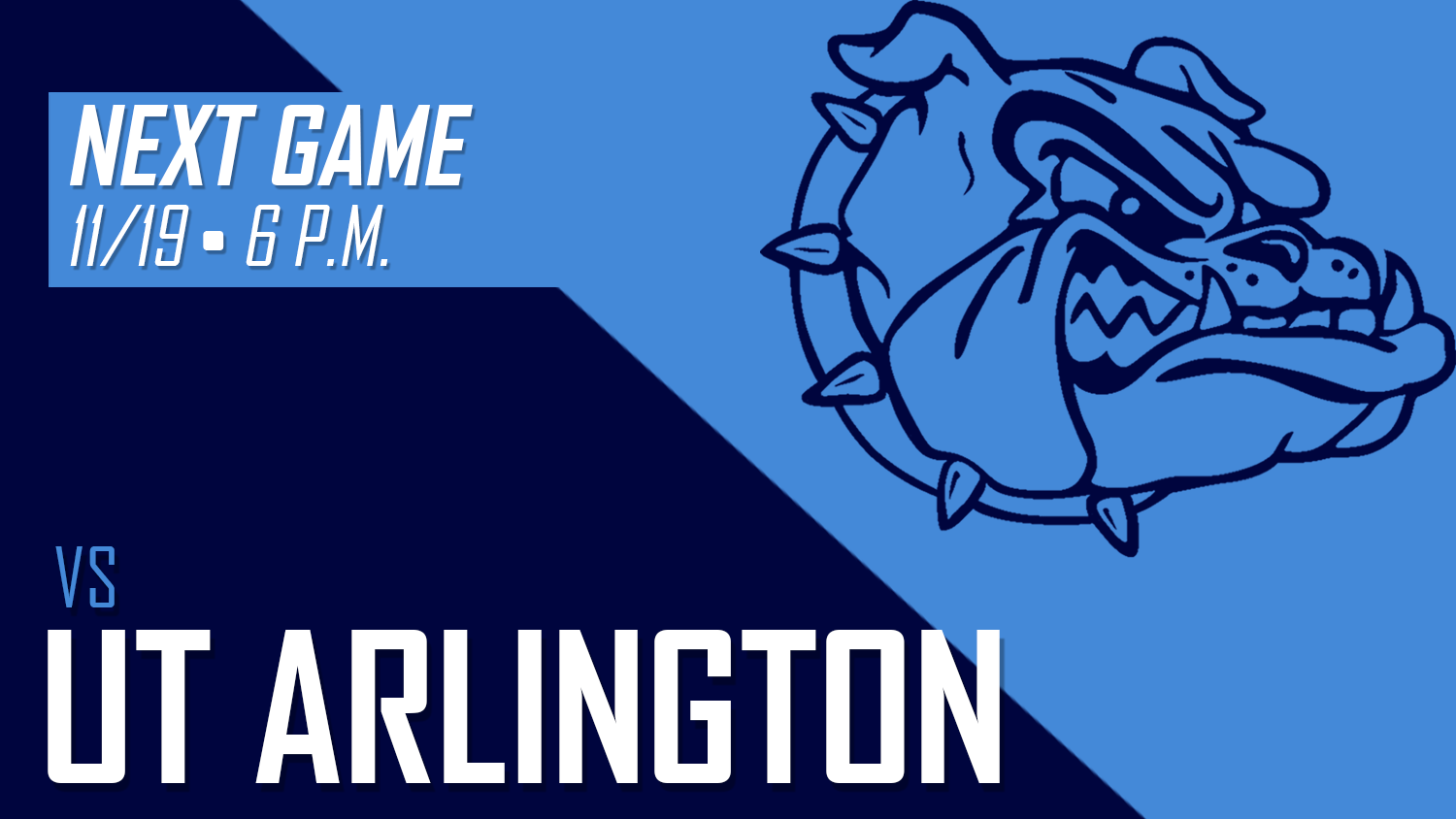 15:49 – TAMU 6, Gonzaga 4: Slow shooting starts for both teams as the Aggies jump out in front early in College Station.

Filip Petrusev has all of Gonzaga’s points and has grabbed five rebounds.

Three Aggies have two points each.

Filip Petrusev leads the way for Gonzaga with six points and six rebounds. The Zags are shooting just 22% and are 1 of 5 from 3-point range.

Two free throws by Anton Watson and a 3-pointer from Admon Gilder got the run started for the Zags.

The Gonzaga big man has six points and six rebounds as GU has controlled the glass, outrebounding Texas A&M 16-8.

Admon Gilder has six points as well for the Zags. The transfer from Texas A&M has been left open on the perimeter and is 2 of 3 from 3-point range.

Gonzaga has ramped up the defense during the run and Texas A&M is down to shooting 25% and 0 of 5 from 3.

Ryan Woolridge lead the Zags with nine points. The point guard has found success getting into the lane off the dribble.

Half – Gonzaga 40, TAMU 19: Ryan Woolridge and Admon Gilder led a big run for Gonzaga and the Bulldogs have 21-point lead over the Aggies at halftime in College Station.

Woolridge and Gilder found the shooting storkes as Gonzaga went on a 31-7 run over the final 13:44 of the half. Woolridge has 12 points on 5-of-6 shooting, while backcourt-mate Gilder has 10.

Texas A&M went 8:45 without scoring as a 12-9, Aggies’ lead turned into a big deficit. Josh Nebo has five points and four rebounds to lead TAMU.

Its not just the guards getting it done for Gonzaga, the bigs have dominated inside as well. The Zags have outrebounded Texas A&M 26-12 and lead 18-8 in points in the paint.

15:47 – Gonzaga 50, TAMU 30: Different start to the second half compared to the first as both teams come out of the locker room hot.

Ryan Woolridge continues to lead the Zags with 14 points.

11:11 – Gonzaga 60, TAMU 32: The Bulldogs expand their lead to 28 behind their veteran backcourt of Admon Gilder and Ryan Woolridge.

Woolridge continues to lead the Bulldogs in scoring with 14 points and Gilder is right behind him with 13.

Texas A&M continues to struggle shooting at 31.4%. With Mitchell’s two makes from 3, the Aggies are now just 3 of 20 from 3-point range.

Admon Gilder, Ryan Woolridge and Filip Petrusev each have 14 points for Gonzaga.