PULLMAN – Earlier this week, Jack Woods explained why it was important to see his son to reach a personal milestone that just about every linebacker covets.

One-hundred tackles in a single season is a badge of honor only a small percentage of college football players can attain. Jack knew Jahad was capable.

“I think it’s a pretty big deal,” Jack said over the phone. “And I think it’s just a goal he set for himself and I think it’s an accomplishment and gives an indication of who he is and where he stands with the rest of the league.”

Team success is much higher on Jahad Woods’ priority list than individual marks, but late in the third quarter of Washington State’s game against Stanford Saturday, Woods reached 100 tackles on a play that also had significant bearing on the Cougars’ 49-22 win over the Cardinal.

It was team success and individual success melded into one.

Woods came into the game with 92 tackles, needing only eight to become the first WSU player to reach 100 since 2015, when Peyton Pelluer finished the year with 101.

Those who’ve kept up with Washington State’s efforts on the recruiting trail during the Mike Leach era may recall the team’s pursuit of a small, swift linebacker from Helix High School in San Diego five years ago, while Alex Grinch and Roy Manning were working diligently to build a defense that placed a premium on speed rather than size | Read more

The junior linebacker was at seven before a chasedown and sack on Stanford’s Davis Milles pushed him to triple digits, and consequently forced the Cardinal to turn the ball over at a juncture in the game when David Shaw’s team needed points instead of punts.

The Cougars couldn’t score a touchdown on the ensuing possession, but Blake Mazza’s 35-yard field goal extended their lead to 35-22 and Stanford didn’t score the rest of the way.

Woods spoke with humility when he was asked to describe his 100th tackle, the emotion that came with it and the manner in which it happened.

“It feels good, me and my teammates worked hard all year and that was one of the outcomes, was my 100th tackle,” Woods said. “It’s a good feeling but I’m just happy to get the win.” 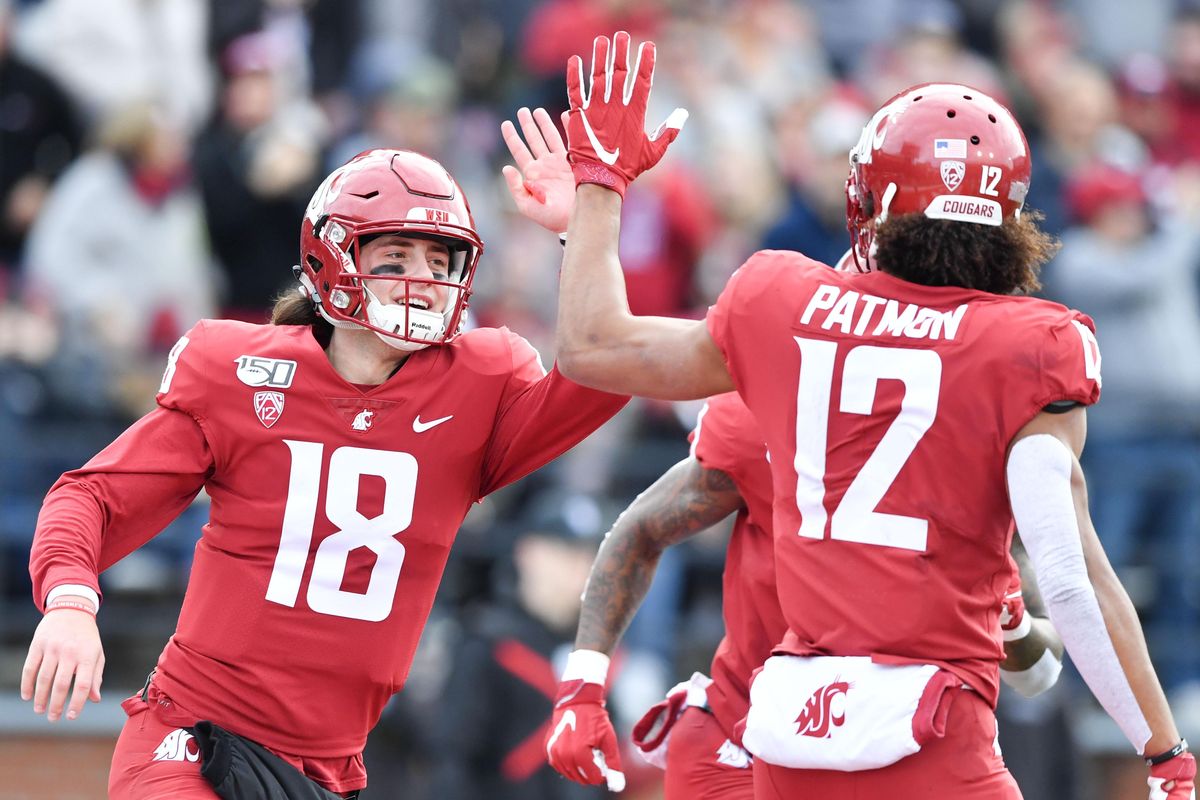 With at least two games left and possibly a bowl game, Woods, who was second in the Pac-12 entering the contest, has an opportunity to join recent WSU elites for single-season tackles. Two years before Pelluer had 101, safety Deone Bucannon had 114 during his senior season (2013).

If Woods somehow managed to average 12 tackles per game over three games, he’d catch James Darling, who racked up 136 tackles in 1996.

“Jahad’s a baller,” defensive lineman Misiona Aiolupotea-Pei said. “Anywhere he’s on the field, he makes plays. Sacks, picks, that guy’s a big-time playmaker. He’s an awesome leader on our team.”

Woods, who has 101 tackles through 10 games, finished with nine Saturday and had the interception Mills that effectively sealed a win for WSU with less than five minutes to play.