Spokane Preservation Advocates is warning that a building that housed the Catholic Diocese of Spokane for 53 years “may fall to the wrecker’s ball despite its historic significance.”

Betsy Cowles, chairman of the Cowles Co., told the group last month that it would be “extremely challenging” to save the Chancery building in downtown Spokane.

Cowles, who runs a company that owns the Chancery and a multitude of other buildings downtown, suggested the 109-year-old building on the corner of Riverside Avenue and Madison Street was not part of a major redevelopment planned for the block.

“This part of downtown needs renovation,” Cowles told the group, according to Karen Dorn Steele, one of four preservation advocates at the meeting. Cowles did not share much of the company’s plans, Dorn Steele said, but it was clear the ornate, white, three-story building near Our Lady of Lourdes Cathedral would be demolished. 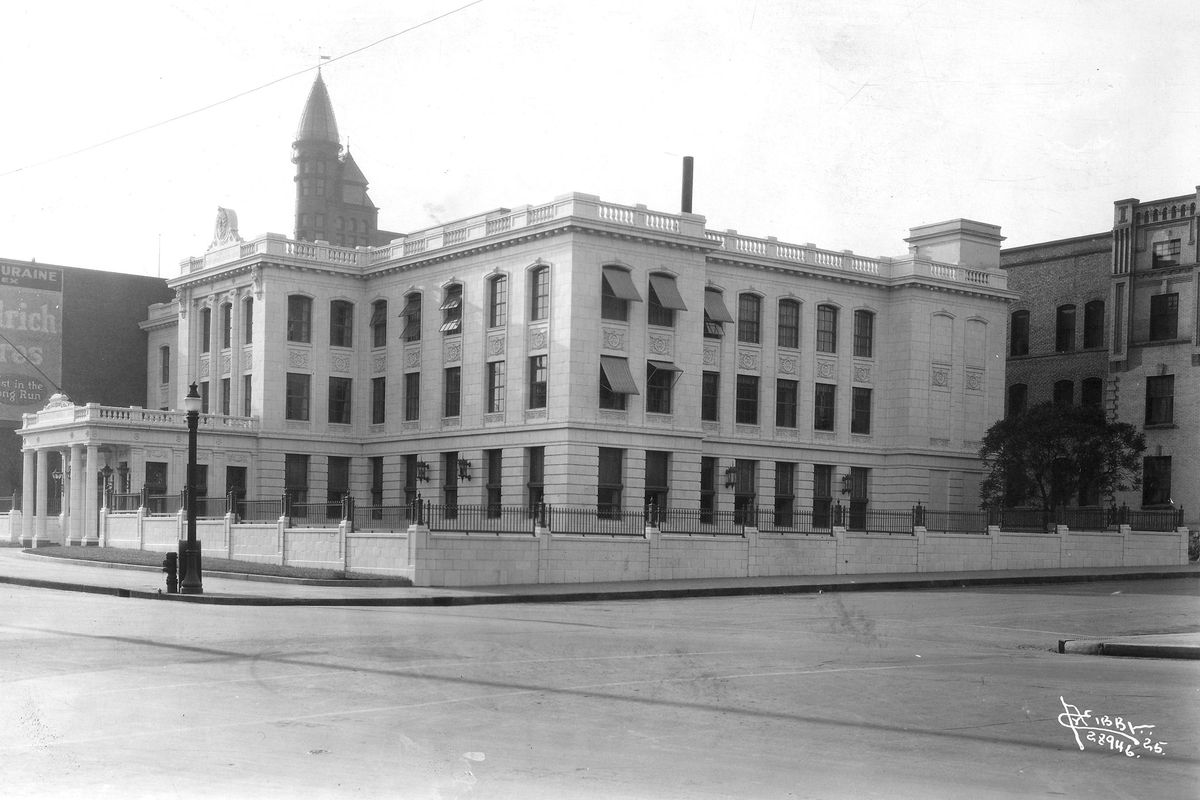 “She started talking about how they own that whole block and that they were starting into master planning of that entire block,” said Dorn Steele, who retired as a Spokesman-Review investigative reporter in 2009. “She said the footprint of the building is too small and philanthropy can only do so much. While she didn’t come out and say it, she was pretty clear with her intentions.”

Cowles Real Estate Co., which owns the Chancery, is owned by the Cowles Co., as is The Spokesman-Review. The company did not share any plans it had for the building.

Doug Yost, director of real estate investments for Centennial Real Estate Investments, also owned by Cowles, declined to say if the building would be rehabilitated or demolished.

“Cowles Real Estate Company owns numerous historic buildings in Spokane, including the Chronicle and Spokesman Buildings and prides itself on carefully evaluating and preserving buildings when at all possible,” Yost said in a statement. “At this time the building is now vacant and no final plans have been formulated regarding the future of the building.”

Leases at the building at 1023 W. Riverside Ave. were terminated in May after the company “decided it is no longer economically viable” to keep the building open, according to documents filed with the city. The leases expired in August.

Dorn Steele said she pressed Cowles about rehabilitating the building using historic tax credits, which the company has used in the past, most notably when it renovated the Chronicle Building in 2016.

“She said the economics don’t pencil out,” Dorn Steele said. “She talked about something tall.”

Earlier this year, Cowles announced it was closing its downtown newspaper printing press and moving those operations to a Spokane Valley industrial park it owns. Dry Fly Distilling is moving into the press building on Monroe Street. The press move was “triggering this whole re-look at the block,” Cowles told the group, according to Dorn Steele.

Megan Duvall, historic preservation officer for the city and county of Spokane, said there were no protections offered by the city for the building.

“Since the building is not listed on the Spokane Register of Historic Places, we have limited demolition review over it,” Duvall said in an email. “In a nutshell, demolition cannot be denied if there is a replacement building that is considered ‘compatible with the historic character of the area.’ The replacement building must also have a footprint of same size or larger than the building to be demolished.”

For four decades, the building housed insurance companies, beginning with the Western Union Life Insurance Co., which gives the building its official name.

In 1966, the construction of Interstate 90 forced the diocese to move from its building on Howard Street, which was in the way of the freeway. The diocese bought the building for $300,000 in 1966, and moved into the newly named Chancery building, sharing a block with many other buildings.

“As all the other buildings in the city block were progressively demolished, this remained, alone on a big parking lot in 1974,” according to the building’s entry in “Spokane’s Building Blocks,” a book of local architectural history. “The Cowles Publishing Co. plant was constructed in 1980 on the south major part of the block.”

In 2006, the diocese sold the building as part of its Chapter 11 bankruptcy case spurred by clergy sex abuse that cost the diocese in excess of $48 million.

Cowles outbid two other companies and paid $2.05 million for the building.