A GRIP ON SPORTS • A couple of things happened yesterday that may bode well for the future. Of course we will examine them through our virtual microscope. It’s what we do.

• Eastern Washington is favored to win the Big Sky Conference basketball race. Nothing unusual about that. The Eagles have been good for a while now, something other Big Sky schools know. But whether they have a reputation in the Eastern Time Zone is questionable. 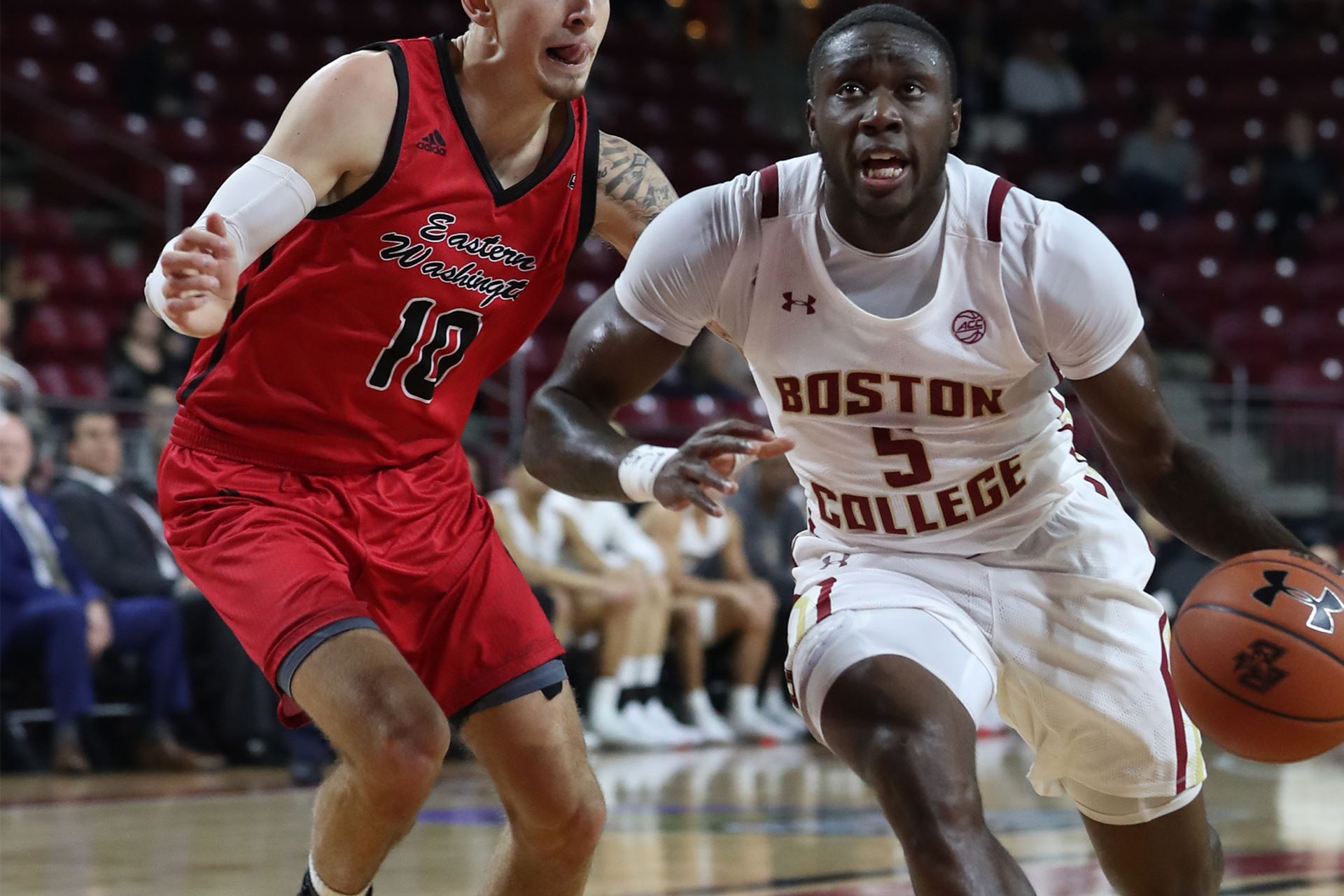 They came within a handful of points of being all over the SVP Show last night, though. And it shouldn’t have come as much of a surprise.

Boston College may be part of the ACC, the best or second-best college basketball conference in the nation every season, but they aren’t a part of the ACC’s elite. Still, when you compete with the likes of Duke, North Carolina, Virginia and Syracuse each year, you better have a decent roster or it’s going to be a long season.

It was a long night, at least, for the BC Eagles against their counterpoints from out west. And probably only a 16-point edge from the free-throw line saved them. Ya, you read that right. The home team shot 26 free throws and made 19. The visitors? They had six total. Even if they had made all of them, instead of half, they still would have lost by a point.

Which is to be expected. Home court means a lot, especially in the Northeast. (I covered a game in the region once in which the visiting coach would have given his left pinkie for a free-throw edge as close as the one EWU “enjoyed” last night.) And Boston College is led by 6-foot-11, 253-pound Nik Popvic, who is a load inside, and USC grad-transfer guard Derryck Thornton, who is quick outside. Along with the athletic Steffon Mitchell, the trio shot 22 of the free throws and made 17.

Eastern may not have matched up well with the trio, but we’re guessing no one in the Big Sky, not even Weber State, has three players of that caliber. Heck, no one has Jacob Davison, except EWU. The 6-4 junior wasn’t at his best last night – he was just 10 of 25 from the floor – but he was darn good, leading all scorers with 26 points, playing all but two minutes. Kim Aiken Jr. was even more efficient, adding 17 on 14 shots. And Mason Peatling, the third member of Eastern’s trio? He was handcuffed by foul trouble, scored just four points and fouled out.

Life on the college basketball road, ladies and gentlemen.

• It’s been a while since there has been true hope in either of the Washington State basketball programs, but there is now. Today, we focus on the women. After all, they are 3-0, having played a schedule that includes two schools – BYU and Boise State – who played in last year’s NCAA Tournament.

That was last year, though, and this season both are a bit different. So are the Cougars. Other than their best player is again Borislava Hristova.

Her double-double last night was the difference as WSU won in Boise by 12.

The Cougars were a pedestrian 9-21 last season in Kamie Ethridge’s first season. They are anything but a walk over this season. They could have almost as many wins as last year before the Pac-12 season even begins, though they are competing in two tough tournaments – the Paradise Jam over Thanksgiving and the Miami Holiday Classic – as well as hosting Gonzaga next month.

And then the conference awaits. Make that “the toughest conference in the nation” awaits.

Oregon. Stanford. Oregon State. Washington. Arizona. Arizona State. UCLA. It’s a grind. And it has a tendency to grind down the record of any team not made of titanium. The Cougars may not be there just yet. But, as their early season success shows, they are steeling themselves for the road ahead.

WSU: Today Theo Lawson covers one who came to Pullman and one who got away. The former is kicker Blake Mazza, who is perfect on the season and is making Mike Leach love, no, that’s not right, tolerate field goals. The latter is Isaiah Hodgins, Oregon State’s top receiver and former Washington State commit. (The next time make sarcasm shows about a “commitment,” remember Hodgins. They don’t mean what they purport to mean. They’re sort of like the reservation Jerry Seinfeld had at the rental place.) … Theo takes another stab at predicting the Cougars’ starting quarterback next year. It’s part of his mailbag. … Oregon State’s offense has been on a roll. … The soccer team has its hands full Friday when it faces top-seed Virginia in the NCAA Tournament. Ryan Collingwood has a preview. … Elsewhere in the Pac-12, if you don’t like night games, you are not alone. … Washington has a chance to get its offense right this week against Colorado. … Oregon’s secondary will have its hands full against Arizona State. … Kyle Whittingham is still trying to improve. As is the Utah defense. … There is always in-depth coverage of the UCLA rivalry with USC. Or is it the USC rivalry with UCLA? … On the basketball front, Washington has a high flyer. … Oregon State handled UCSB easily. … Arizona found an underappreciated recruit. 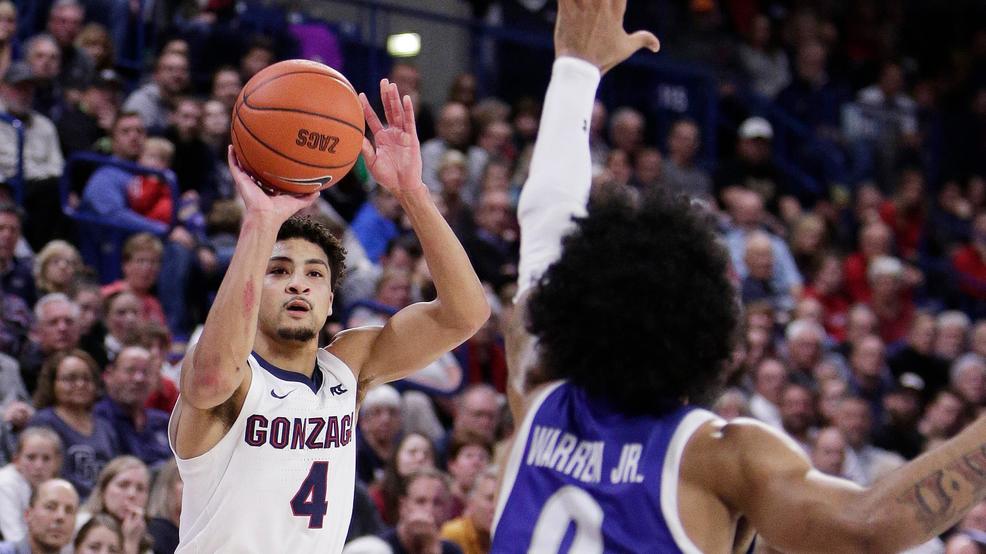 Gonzaga: As Jim Meehan rewinds the win over UT Arlington, he covers some fertile ground. There was the junk defense the Mavericks used, the long history Ryan Woolridge has with the UTA program and the Zags’ free-throw woes. … Larry Weir also looked back at the win with Justin Reed in the latest Press Box pod. … Around the WCC, Portland picked up a key win against Portland State. … Boise State outlasted BYU in Boise.

EWU: We linked this above, but we will again. It’s the S-R story on the Eagles’ defeat.

Preps: It’s a big weekend for fall sports in Washington, as the State tournaments in soccer and volleyball continue, while football soldiers on. Dave Nichols has previews of Mt. Spokane’s football quarterfinal and the volleyball tournaments. Justin previews the soccer.

Chiefs: I’m not sure how unusual this is, but Spokane is 11-0 this season when it scores four or more goals. It did that last night at the Arena and Kevin Dudley was there to cover the 5-1 win over Saskatoon.

Seahawks: Personally, I would rather worry about this season. But others feel otherwise. We’re talking Jadeveon Clowney. … Ed Dickson is back on the roster. A former nickleback was let go for roster space. … Shaquem Griffin is getting a shot. … Former WSU star Andre Dillard will start for Philadelphia this week.

• A decision has been made. My Saturday assignment has been determined. I will be sitting at home and watching, can I get a drum roll, please? … Washington State football. Sorry Cougar fans, you’ll be forced to read my TV Take. It’s part of the deal you agreed to when you clicked the link this morning. Zag lovers out there, you are free to go. Once again the two premier sporting events in the Inland Northwest on Saturday overlap. It seems kind of a waste. Until later …