A GRIP ON SPORTS • It’s one of those questions we’ll probably never be able to answer. After the first Thanksgiving, did the participants chose up sides and face off in a football game or a basketball tournament? Such things were already part of the tradition back then, weren’t they?

• Wait, what? Neither? That doesn’t seem right. Nowadays, watching a football game or a college basketball tournament seems as much a part of Thanksgiving as pumpkin pie. More even. The sports are gluten free. 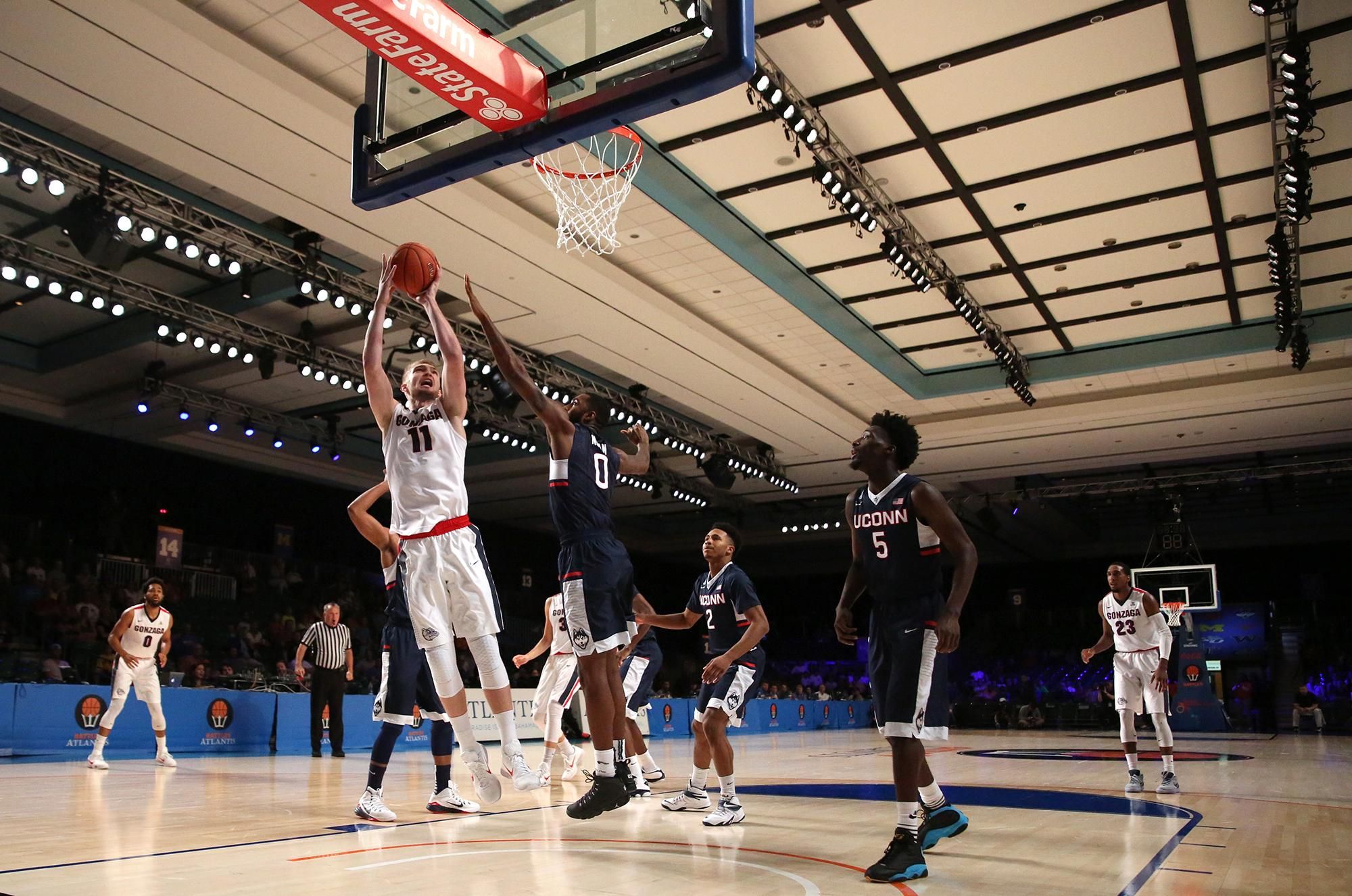 Take a look at Jim Meehan’s preview of this season’s Battle 4 Atlantis tournament. It seems as if Gonzaga is contractually obligated to play a Thanksgiving week tournament every year. Sign your LOI, get a suitcase packed with holiday accouterments. It’s a done deal. Heck, the Bahamas were ravaged by a hurricane not that long ago and still the basketball tournament goes on.

We’re here to tell you it wasn’t always that way.

There once was a time, obviously closer to today than the Pilgrim’s progress across the Atlantic, when football was the only Thanksgiving sporting activity. The NFL had a game in Detroit and then added one in Dallas on the holiday itself. Colleges got into the act and carved out a spot for rivalry games over the weekend.

That was then. You log on to your local newspaper this morning and what do you see? Either the results of a holiday basketball tournament game in some exotic locale – the Cougars fell in the Cayman Islands yesterday, proving that point – or a preview of a coming attraction – the Gonzaga women are headed to Florida for the weekend as part of the festivities.

Sure, there still is football this week. Even more so than usual. The Apple Cup seems to be coming a Black Friday tradition, the latter word describing the day of the contest, the former the Cougar fans’ mood following the game. There are other games all weekend, all leading up to the conference title battles next weekend.

The NFL liked Thursday games so much on the holiday, it made them a season-long tradition – ruining the special nature in the process. But no worries. There will still be games to watch while the turkey burns to a crisp in the oven and Uncle Ned regales everyone with his stories from the front lines of the culture wars.

Back when pro football was young, and every rookie was naive, one of the best parts of the holiday weekend revolved around turkeys. The veterans would convince the trusting youngsters that, yes, the meat market down the street gave everyone on the team a free 20-pound bird. Just go in on Wednesday night and tell them who you are. Talk about laughs.

These days the rook would check with his agent, discover his bonus money had been invested in a turkey farm somewhere in South Dakota, and realize he didn’t need to pick up his free bird at Chuck’s Meats. The catering company would arrive at 11 on Thursday with the meal.

Then everyone can sit down, eat, drink and watch basketball. 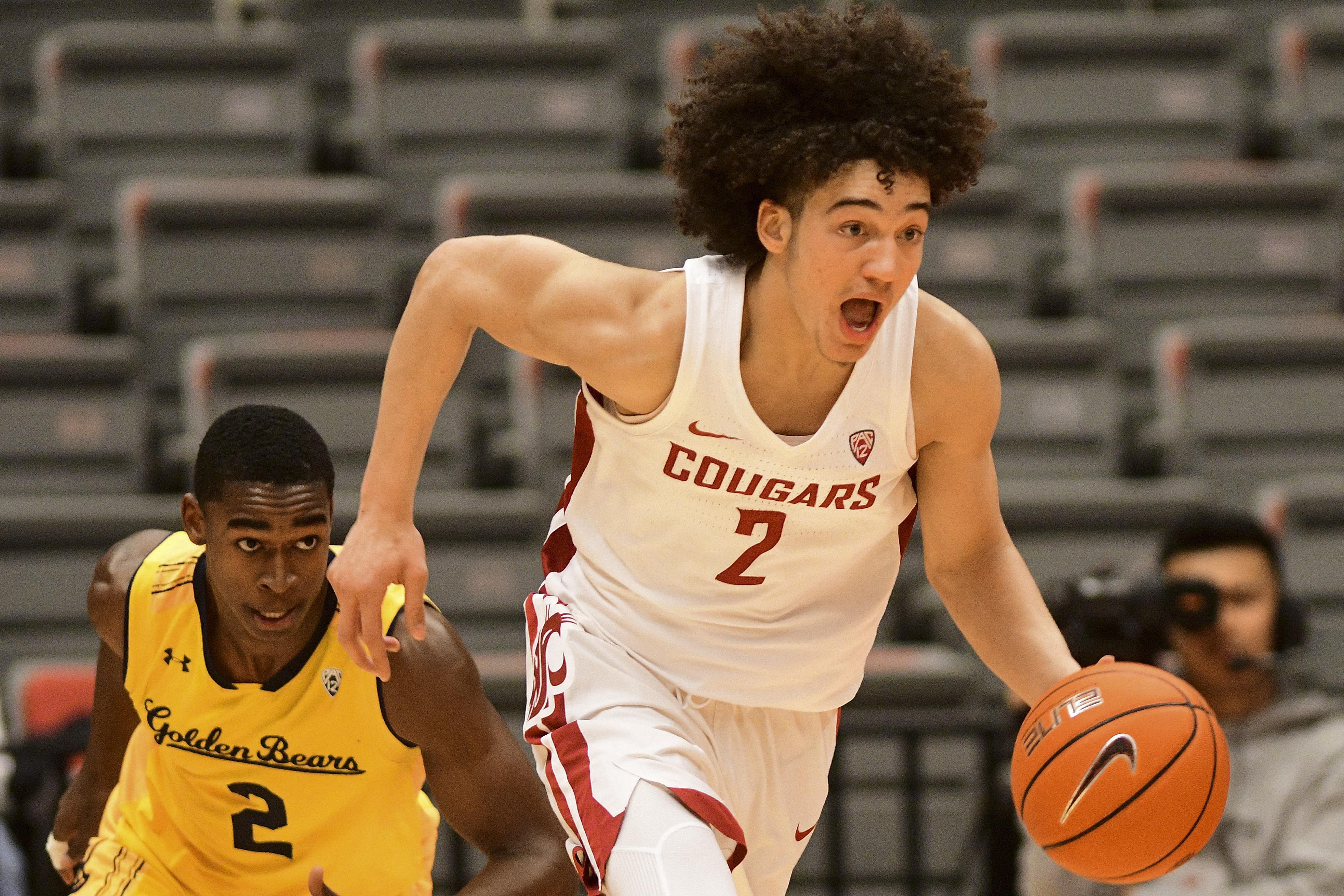 WSU: CJ Elleby is in a rut. All he can seem to do is score 27 points a game. That’s it. And yet it’s not enough as the Cougars fell again, this time to Nebraska in the Cayman Islands Classic. It could be worse. They could be playing in Newark. … The Newark of Washington, according to WSU fans, is spelled M-o-n-t-l-a-k-e. And the prince of Montlake, Jimmy Lake, is their bête noire. The Cougar players? They’re not ruffled by the trash talk of UW’s defensive coordinator. How do we know? Theo Lawson asked this week. … Theo also points out Washington State hasn’t scored a first quarter touchdown in the Apple Cup since he was in college. … Theo has his first look at the Apple Cup. … Blake Mazza had a weird week. He finally misses a field goal and is rewarded with a chance to win a national award. … Abe Lucas won the Pac-12’s weekly award for offensive line play. Theo has stories on both of those happenings…. Elsewhere in the Pac-12, what do you think the odds are the conference will see Utah squeak into the playoffs? I see two: slim and none. However, it would be good for college football if Alabama were left out. Then maybe the playoff pool would quickly expand to eight. … The Apple Cup is front and center in this part of the nation, with Chris Petersen talking yesterday and questions abounding about the UW offense. … With Oregon having spit the national playoff bit, the Civil War has lost a bit of luster. Oregon State didn’t help matters by giving up the late lead in Pullman. … If Utah loses to Colorado, we can officially declare the Pac-12 the Conference of Cannibals. … USC’s regular season is done. But UCLA has one more game left and it may have to play without its quarterback. … California put together its best drive of the season to win against Stanford. Then Beau Baldwin explained every play. … A week ago Arizona State was questioning some things. One upset later, the Sun Devils are entering the Territorial Cup on a roll. Arizona? The season can’t end soon enough. … In basketball news, Washington is rising in the polls. … The conference favorite has a big game coming up in Las Vegas. … Arizona has been helped mightily by transfer guards.

Gonzaga: The eighth-ranked Zags are once again the eighth-ranked Zags. That’s where they’ve ranked all season. Jim has that story and the tournament preview, which we also linked above. … The tournament is also something Jim and Larry Weir talked about for the latest Press Box pod. … Jim Allen has a look at the women’s team by the numbers heading into their holiday trip. … Around the WCC, BYU opened in Maui by handing UCLA another loss.

EWU: The Eagles host one of the nation’s most consistent teams tonight. Belmont, which seems to make the NCAA Tournament every year, visits Cheney. Ryan Collingwood has more in this preview.

Seahawks: Winning in Philadelphia this season shouldn’t be enough to give a team illusions of grandeur, but that seems to be the case for the Hawks. … There were at least 10 reasons for the victory, five of them on Carson Wentz’s right hand. … Speaking of injuries, Seattle is dealing with some as the Vikings head to town. … The Rams lost again last night, greasing the playoff road for the Hawks.

Mariners: We really don’t have an opinion on the M’s signing minor leaguer Evan White to a long-term contract. The organization didn’t have to give the prospect the money but felt it was the best thing to do. We’ll see. … They also made a minor deal yesterday.

• Let’s be honest with each other. We all know we’re going to overeat on Thursday. There is hardly any way to avoid it, unless McDonald’s is closed. Let’s just make a pact to not mention it to each other and pretend it never happened. That way we will feel, if not better about it, at least less embarrassed. Until later …