A GRIP ON SPORTS • We really should be spending our time talking about the Apple Cup. After all, it is Wednesday and the game of game is Friday. That’s only (looks at fingers) two days away. It’s time.

• What is it Einstein said was the definition of insanity? Doing the same thing over and over, expecting a different result, right? At least something similar to that. Probably in German.

Well it loses something in translation to American football. Some of the greatest football minds of all time have focused on doing the same thing over and over. Even when it hasn’t worked. 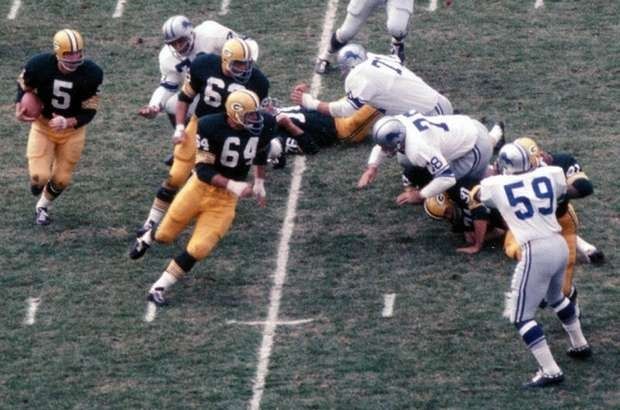 Didn’t matter if you had nine men in the box, Vince Lombardi was going to run power sweeps at you all day. Though no one called it “the box” then and occasionally Bart Starr would say what the heck and throw the ball to Max McGee – usually on fourth down.

John McKay had his quarterback hand the ball to the I-formation tailback 40 times a game no matter what. After all, he would say, the ball wasn’t heavy.

(As an aside, if anyone ran the I-formation exclusively these days, some genius in the marketing department would reach out to Apple and get a 10-year, $37-million deal to call it the iFormation. Then the school could finally build that much-needed 11th addition to the weight room.)

Barry Switzer kept the wishbone running for years after defensive coordinators learned how to limit it, Bill Belichick kept Tom Brady at quarterback for weeks after it became painfully obvious his quarterback was only good anymore at throwing the ball away and Nick Saban still employs Steve Sarkisian.

Great coaches doing the same thing over and over when it doesn’t work.

Which brings us to Mike Leach, the Air Raid and the Apple Cup. The numbers are pretty clear. Washington’s defense, especially since Chris Petersen has taken over in Seattle, has had its way with the Cougar offense, even with all the success Washington State has had against others. But don’t expect Leach to change. That’s not his way. Oh, Max Borghi might get a couple extra touches – depending on how many big plays the WSU defense gives up early – and there might be some changes in the blocking assignments, but expect the Cougars to do what they do. They will run mesh routes. They will run verticals. They will run wide-receiver screens. They will run double slants. They will throw the ball all over.

And there is a sense here it will work better. Yes, this is the best Leach’s offense has looked in his Pullman stay. But more importantly, the Huskies’ defense isn’t as overpowering up front or as athletic in the back as it’s been the past handful of years. That combination has proved deadly to Leach’s never-need-to-tweak offense.

Those things that the Air Raid likes to do, those things that haven’t worked all that well against UW recently? They should work better Friday. Probably not in the no-problem-dropping-40 range, as has been the case most of this season, but better than in the past.

The key for the Cougars, again, is how well the defense plays. If it gives up the usual five or more explosive plays, Washington will outscore them. If not, and throws in a couple interceptions and/or fumble recoveries as well, the Cougars are golden. Wait, that’s not a color that fits with WSU and the Apple Cup. They will be in crimson. That sounds better. WSU: Jacob Eason hasn’t had the season many UW fans expected when he became eligible after sitting out a year. Still, the Cougar defense is wary of the Georgia transfer quarterback’s potential. Theo Lawson has more in this story. … Theo also has his Pac-12 picks. His record against the spread isn’t a winning one. I’m sure he’s sorry. … Larry Weir talks Apple Cup with Washington State announcer Matt Chazanow for the latest Press Box pod. … CJ Elleby scored 21 and the Cougar defense locked down in the second half of a win Tuesday. … The volleyball team lost a home match to third-ranked Stanford. … Elsewhere in the Pac-12, the CFP rankings are out and Utah is the conference’s highest-rated school at sixth. … That could have an impact on the bowl season. … Even with the Utes matching up with made-for-TV rival Colorado, this week’s rivalry games aren’t all that compelling. … Maybe the most compelling rivalry is the Civil War. Or maybe we’re most interested in the battle between Oregon and Oregon State because it is, after the Apple Cup, the closest one. … Undermanned Stanford isn’t playing its rival, but it does have Notre Dame. … The rivalry between UCLA and California is more of a bragging-rights thing. … Arizona went into the season set at quarterback. Now Arizona State is the one in that position. … In basketball, Colorado surged past Clemson. … UCLA bounced back in Hawaii. … Stanford lost to Butler. … Arizona would like to win a Thanksgiving tournament title.

Gonzaga: After tonight’s game with Southern Miss – Gonzaga is a 24.5-point favorite – the matchups in the Battle 4 Atlantis are intriguing. Jim Meehan delves into them as well as focusing on tonight’s key matchup. … The Bahamas is still dealing with the aftermath of Hurricane Dorian. … Around the WCC, Kansas came on strong in the second half to rout BYU. … USF is 7-0.

EWU: The Eagles posted a big win last night, one that could loom even bigger if they happen to win the Big Sky’s automatic berth into the NCAA Tournament. The 87-82 home win over perennial mid-major power Belmont, should help with seeding. Ryan Collingwood was in Cheney and has this game story. Colin Mulvany was there as well and has this photo gallery. … Ryan also took some time yesterday to look back at the Eastern football season and covered the EWU and Idaho players who earned Big Sky honors. … Elsewhere in the Big Sky, Portland State topped Grambling. … Montana State got past Colorado Christian. … Weber State fell to Murray State. … Idaho State gets a boost off its bench. … In football, Northern Colorado is looking for a new coach.

Idaho: The Vandals were a little under-strength last night in a 70-53 home loss to North Dakota State. Peter Harriman has the story.

Seahawks: Yes, Russell Wilson is having a spectacular year. But don’t think for a minute he’s the Hawks’ only award candidate. … Rashaad Penny had a breakthrough game. What’s that mean for Chris Carson? … You have questions? There are answers.

• We’ll be back this evening with our TV Take from the Gonzaga game on ESPNU. It won’t make the printed edition of the newspaper – early Thanksgiving deadlines – but it will be available here. Who says modern technology is all bad? Until later …