Token investigation – meaning nothing past the first page of a Google search return – indicates that the unluckiest people in history include Melanie Martinez, who has lost five homes to hurricanes, and Violet Jessop, who served as a nurse and stewardess on the Olympic, the Titanic and the Britannic.

Though surviving the sinking of all three suggests her life came out a draw.

And then there’s a fellow named Erik Norrie, who has been struck by lightning, bitten by a rattlesnake and attacked by sharks and monkeys.

Does that make him the Killian Tillie of real life?

Another Kraziness in the Kennel arrived Saturday with the usual line of people snaking back to the soccer field waiting to get in for Gonzaga’s annual basketball reveal, the usual goggle-eyed recruits taking in the volume and animation of the Kennel Club and the usual one-week-of-practice raggedness.

And, alas, the usual update: another surgery for Killian Tillie.

Man, doesn’t somebody owe him a break already?

Or, conversely, did he just get one?

The odd child or senior citizen among the 6,000-plus squeezed into McCarthey Athletic Center who wasn’t logged on to social media may have been confused when the video intros of the 2019-20 Zags were made and Tillie was conspicuously omitted.

Or maybe they simply surmised the obvious: hurt again.

And, yes, that is technically the case. On Thursday, the 6-foot-10 senior and presumptive drive train of these Bulldogs underwent surgery on his right knee, and a brief statement from the school said “his status will be evaluated weekly.” 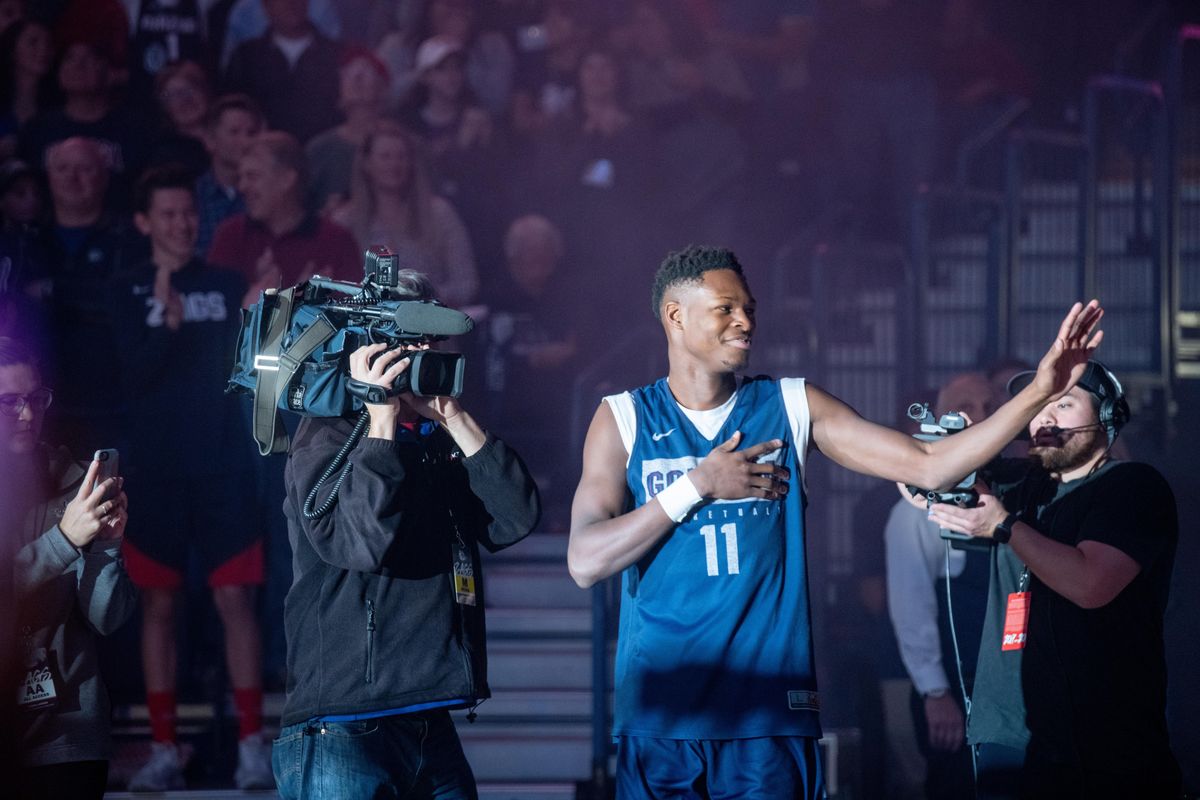 With the season opener still a month away, that doesn’t sound too grim – and, indeed, coach Mark Few took not just a hopeful but a delighted tone to try to drown out the grinding noise from all the community hand-wringing.

“It was more of a proactive exercise that we did, just to kind of clean some things out,” Few insisted, “and proactively take a step that I think will really help him in the long run.

“It seemed like we had a little window here to do something and we went for it, and I think it’ll be a really good move for him as we venture down the road. It wasn’t like a real injury or anything – just what can we do to help this thing long term?”

This is hardly misplaced optimism – though it would probably go down more easily if the subject didn’t happen to be Tillie.

So pitiable has his injury history been that the Zag fan base’s project this season is to will him to good health.

There was a sprained ankle and a broken finger that cost him six games in his freshman year if 2017. The hip-pointer that sidelined him in the 2018 NCAA loss to Florida State. And the stress fracture and plantar fascia tear that limited his 2019 season to just 15 games with limited effectiveness off the bench.

Even after he declared for the NBA draft last spring, another ankle sprain in his first team workout blew up any pro plans and helped convince him to return.

Among Few-era Zags, only Josh Heytvelt missed as much time his first three seasons due to medical issues.

So even if this isn’t five-alarm injury surgery, it’s probably difficult for the invested Zagphile to embrace reassurance.

“Hopefully, it’ll be a good thing as he moves forward, not only with us but down the line. There was no restructuring or anything like that.”

Beyond all the hometown empathy for Tillie to enjoy an uninterrupted senior year, there are – naturally – somewhat less noble sentiments being aired, too. These Zags are wildly short on experienced hands – at least those who’ve spent time in the program. Junior Corey Kispert has started and played significant minutes, of course. But sophomore Filip Petrusev only had a notable role last year when Tillie was out, and guard Joel Ayayi is making the jump from garbage time to rotation player.

“There’s no time for me or any of the other older guys to take a back seat during a game,” Kispert said. “We have to bring it every night – sick, hurt, injured, banged up. You just have to bring it. It’s going to be on us to lead the team forward.”

So, then, some “proactive” surgery for their best player in hopes of getting him to game night.

Because no one’s yet performed a luck transplant.