A GRIP ON SPORTS • Often times folks complain doctors don’t understand how their pain feels because they’ve never experienced whatever ails them. Or a priest can’t give marriage advice because they’ve, you know, never been married. That false line of reasoning goes out the window with those of us who chronicle sports for a living.

• We know your pain. Intimately. How could we not? 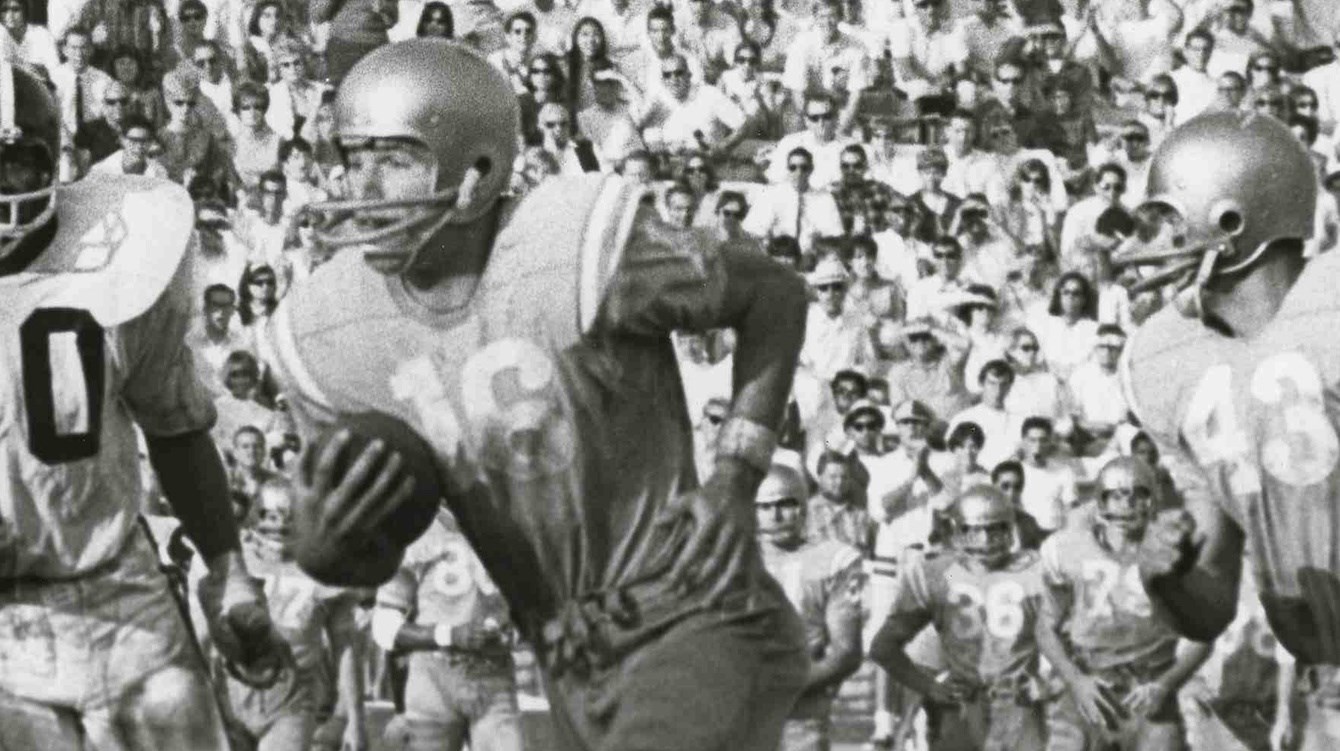 One of my first memories in life was standing in the UCLA student section, crying. It was Nov. 25, 1967 and the Bruins had just lost to Syracuse in Gary Beban’s final home game. The soon-to-be Heisman Trophy winner came out of the locker room to address his fellow students – and one of their 11-year-old brothers – and to thanks them for all of the chants of “Beban, Beban” over the years.

That 11-year-old couldn’t believe UCLA had lost. It wasn’t right. It wasn’t fair. It was sports. It was the pain of being a fan.

Nothing changes. Even though we don’t root for or against the teams we cover (as we’ve written may times, the only things we root for are quick games and no one being injured), we still have “our” teams.

Often when our alma mater, UC Irvine, plays in this area, we waddle over to watch them play. We cheer in our own way.

When the Lakers are good (all Laker fans are frontrunners at their core), we think back to days of Mel Counts and that one time we snuck down to the court-side seats in the Forum and watched the last few minutes of a rout, amazed by the size of the NBA players. And we hope the Lakers win.

The Dodgers? We’ve never lost that little-boy part of us that harkens back to days in Dodger Stadium with my dad.

The night we watched Sandy Koufax pitch and the game ultimately went 15 innings, with the Grippis down among the rich folk by the time it ended. The night we had tickets right behind Stan Musial – and the Dodgers were rained out at their new park for the first time. The day dad decided he was going to let me eat everything I wanted – and I threw up the hot dogs and chocolate malts and Cracker Jacks on the way home.

So forgive me if last night I acted like a typical fan, even going so far as screaming bad words about Dave Roberts sticking with Joe Kelly for another inning and not using Kenley Jansen. Or bowing my head in shame as Clayton Kershaw came up small in another postseason. Or cleaning up the basement in the late innings because I couldn’t stand to watch them blow a lead and ruin what was such a promising season.

I was such a fan last night I had fired Roberts and hired Joe Madden before Howie Kendricks’ – my dad’s all-time favorite Angel hitter – grand slam landed.

The next time you wonder if I empathize with your love of the Seahawks or the Cougars or the Zags, just know the answer is yes.

In all that it entails.

WSU: A familiar name popped up on the Cougars’ coaching roster this week, with former player Hunter Dale joining the group as a defensive quality control assistant. Theo Lawson has more about the addition in this story. … No one asked questions about that in Theo’s latest mailbag, but other defensive questions? Yes, there were a lot of them. … Deone Bucannon is looking for work. Theo has a short story about the former Washington State star being released by Tampa. … Elsewhere in the Pac-12, we start in Tempe, where the Cougars will be Saturday. Arizona State is worried about the WSU offense, of course. … Down the road in Tucson, Arizona is using wide receivers like Washington State does. … Clay Helton will be on the job at USC until a new athletic director is hired, no matter what happens at Notre Dame. … Utah is a much better offensive team this season. … The Utes can run the ball and can stop the run. They will be a test for Oregon State. … Oregon and Colorado have a deep connection. It begins with the head coaches, who present a similar linage. But there is also a connection in injuries. … What the heck is wrong with Washington? The Huskies have only a slim hope of catching Oregon in the North and the offense is sputtering. … In basketball news, Payton Pritchard has a good shot at being the Oregon player with the most wins.

Gonzaga: Around the WCC, BYU’s offseason was stressful, and the preseason isn’t starting off much better.

EWU: Ryan Collingwood and Larry Weir chatted yesterday about the Eagles. Their conversation is the centerpiece of the latest Press Box pod.

Preps: The main story today is Ryan Collingwood’s feature on the Hill twins who hope to lead North Central to another girls’ state 3A cross country title. … The subject with the most import today, however, leads Dave Nichols’ prep notebook. With the new ways the WIAA will calculate school classifications coming on board next year, there will be some changes among the larger-school leagues in the area. … Mead’s volleyball team recently traveled to a national event. Steve Christilaw has more in this story.

Senior sports: We had a section entitled “youth sports” yesterday, so we think it’s only fair to switch youth to senior today for this Jason Shoot story on a local softball league with a twist.

Seahawks: You may not agree, but Pete Carroll believes Germain Ifedi is playing his best football ever. … Will the Hawks’ top draft pick make an impact this week? … The team that buses together, plays together.

• At least I can watch the rest of the baseball postseason in peace. I am dead inside, so there is no way anything that happens here on out that will bother me. Unless the Yankees win it all, of course. Until later …