By Eric Barker The Lewiston Tribune

LEWISTON – Evelyn Kaide doesn’t know what to tell people, or even what to think, about the unprecedented state of B-run steelhead that return to the Clearwater River.

An outfitter for 28 years and owner of the Guide Shop and Clearwater Drifters at Orofino, Idaho, Kaide has had to cancel trips for longtime customers, some of whom book years in advance.

“It’s horrible. It’s worse than that. I’ve never seen it like this in 28 years,” Kaide said. “I don’t know what to tell people anymore.”

Last month, the Idaho Fish and Game Commission closed all steelhead fishing on the Clearwater River because of projected low returns of hatchery B-run steelhead. The Idaho Department of Fish and Game projects too few of the fish will return to meet spawning goals at Dworshak National Fish Hatchery. Steelhead fishing has also been shuttered on the Snake River downstream of the Couse Creek boat ramp in both Idaho and Washington.

Although steelhead seasons on the Clearwater have been cut short a few times, harvest of big B-run fish has been restricted and the river has been relegated to catch-and-release status once or twice over the past 30 years, the river has never been shut down outright before the harvest season began. 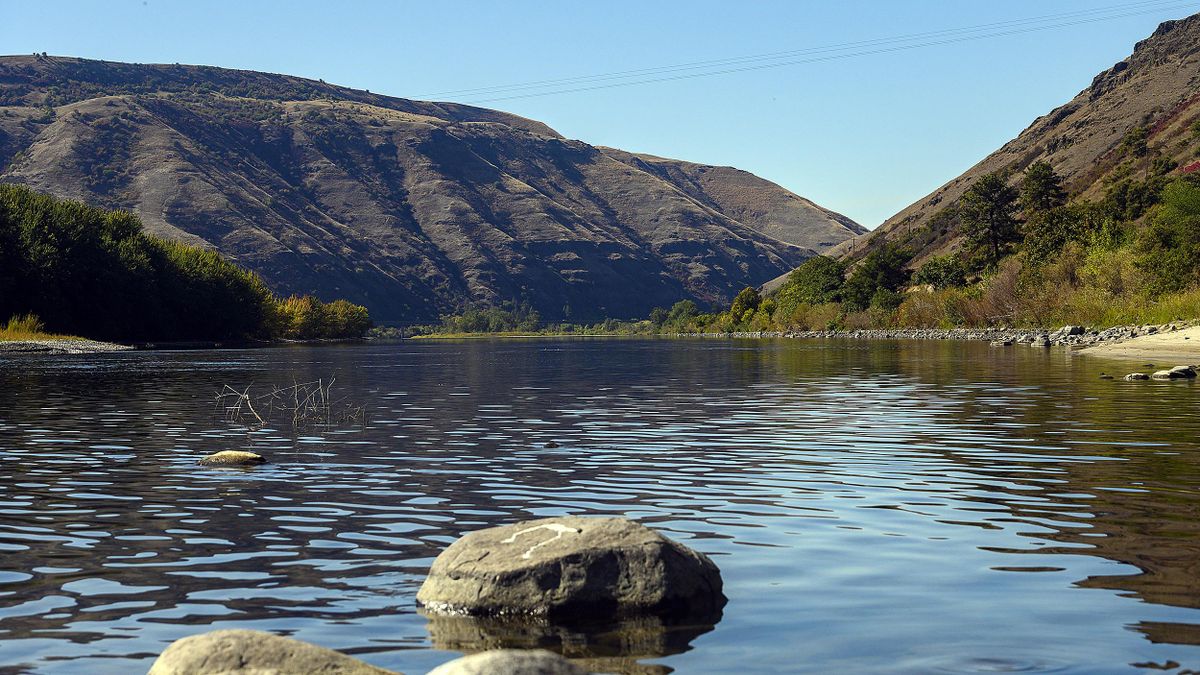 Kaide’s employees have scrambled to find work as guides in other areas of the country or moved on to other jobs. Her longtime customers are left looking for something else to do.

“All my guides are scattered all over. I’ve been working for 15-20 years to get them to be perfect guides, and now they can’t work,” she said. “I don’t know how we will ever turn it around and rebuild it. I canceled 10 corporate groups for October.”

The longtime customers are heavy hitters in the fishing economy. They fly in from around the country, rent cars, stay in hotels, eat daily at area restaurants and shop at stores to buy gifts to take home to their families. That kind of spending, and the spending of anglers with shallower pockets, reverberates through the economy, according to studies by the Idaho Department of Fish and Game and the Idaho Department of Labor.

Kathryn Tacke of the Idaho Department of Labor said its difficult to tease out the economic impact of the steelhead fishing closure. But there are several indicators that it will be significant. Anglers who fish for salmon and steelhead spend an estimated $350 per trip, according to Idaho Fish and Game studies.

“All I can tell you for sure is that it’s a reasonable estimate that salmon and steelhead fishing brings in about $8.61 million per month into the region,” she said.

Some people will still come to north-central Idaho and southeastern Washington to fish for steelhead in rivers such as the Salmon, parts of the Snake and the Grande Ronde that remain open. Fall chinook and coho fishing remain open on the Clearwater. Tacke estimated the closure of the Clearwater could lead to the loss of 43 jobs and $1 million in wages. She noted that doesn’t take into account the money those people would have spent from their earnings.

“There is going to be indirect impacts by reduced spending by those folks who have lost jobs, and this doesn’t reflect loss of earnings by many businesses,” she said. “A lot of businesses couldn’t survive without tourism. It might only be 10 percent of their business, but it’s the percent that makes them profitable.”

She worries some of the people who come to Idaho to fish might not come back, even when steelhead runs recover. That is also a fear of outfitter Jason Shultz of Hells Canyon Sport Fishing. Shultz said bad news about fishing spreads quickly and can last longer than the poor returns. Out-of-area anglers often don’t pay attention to nuances in regulations and don’t realize not all steelhead fishing is closed in the region.

“Even if the fish come back, it’s going to take a long time for the perception of our fisheries to get back to where they were,” he said.

Aaron Lieberman, executive director of the Idaho Outfitters and Guides Association, said some of the state’s fishing outfitters have told his organization their businesses may not survive the closure and the poor fish numbers on rivers that remain open.

“They didn’t have high hopes for being able to survive past this season. They have already be suffering from a death by a thousand cuts over the previous years,” he said. “They don’t know how much longer they can hack it.”

Lieberman is trying to help them as much as possible but said there aren’t many state or federal programs that fit their situation.

“It’s tough,” he said. “There is very little resources; there are very few options for those affected.”

There will be other impacts. The Nez Perce Tribe shut down gill net and other fisheries on the Clearwater and Snake rivers. Joseph Oatman, deputy program manager and harvest manager for the tribe’s Department of Fisheries Resources Management said not being able to harvest steelhead will hurt tribal families that depend on it.

“The impact to the tribal members and their families will be substantial,” Oatman said. “The North Fork (of the Clearwater River) fishery is one tribal members have typically relied upon to catch steelhead to meet their needs from September through early April. They will not have that opportunity this year.”

The Nez Perce tribe is a co-manager of Dworshak National Fish Hatchery and moved quickly to close its fisheries in an attempt to get as many steelhead as possible to return. The tribe has twice in recent weeks opted not to go along with other Columbia River treaty tribes to open additional fall chinook gill net fisheries on the Columbia River. B-run steelhead often are caught in the nets along with fall chinook.

Idaho has also argued against those gill net fisheries. On Tuesday during a conference call, Lance Hebdon, anadromous fish manager for the Idaho Department of Fish and Game at Boise, urged fisheries managers from the Yakama, Warm Springs and Umatilla tribes as well as the Washington and Oregon departments of fish and wildlife to consider the impacts gill net fishing will have on future returns of B-run steelhead.

“At this point in time, we are in a situation where not enough fish are coming over Bonneville (Dam) to meet that full brood stock component,” Hebdon said. “We are in a hole and digging that hole deeper. Impacts will be felt in the 2023 steelhead return. That needs to be stated and everybody needs to acknowledge that before we harvest any more steelhead.”

The poor runs has some steelhead anglers looking toward the four lower Snake River dams. Many fish advocates and scientists believe the dams must be breached to save salmon and steelhead listed as threatened and endangered under the Endangered Species Act.

Last Saturday, dozens of steelheaders met at the Lenore Rest Area along U.S. Highway 12, where Poppy Cummins of the Red Shed Fly Shop at Peck, Idaho, was hosting his annual spey clave. In miserable conditions, the fly anglers huddled under tents to escape persistent rain and listened to speakers.

Retired Idaho Fish and Game biologist Steve Pettit said he doesn’t believe the fish will recover with the dams in place. He said in good years, only about 40 to 50 percent of the salmon and steelhead smolts that leave Idaho survive their trip through the eight dams on the Snake and Columbia rivers. Many that do survive in the Columbia River estuary or ocean die from cumulative injuries suffered on the journey. The ones that make it face poor conditions in the ocean, where their prey base is suffering from warm water and other climate changes.

“The only chance our fish have is to remove that mortality in the hydro corridor. We all know our fish are in dire straits. I give our wild stocks of salmon and steelhead a decade. If something huge doesn’t happen, they are going to be toast,” Pettit said. “The hatchery fish are doing worse than the wild fish this year, so it should be a wake-up message to the Idaho Fish and Game Department that something major has to happen.”

Lieberman, the director of Idaho Outfitters and Guides Association, said his members are mixed on the breaching question, with a few outright opposed and others supportive or at least disgruntled with the effectiveness of nonbreaching actions.

“I think the majority, if not supermajority, are in the camp of what we have done hasn’t worked,” he said.