A GRIP ON SPORTS • As Satchel Paige used to say, looking ahead is better than looking back. Or something like that. Satch must have been a football fan on a Friday in October.

• Want to plan your weekend? Besides cleaning up tree debris, I mean. After all, you can’t spend all of both days with a saw in your hand, trying to pick up after Mother Nature decided to destroy your backyard’s shade pattern.

You have to take a break sometime.

And what will you watch on your TV? 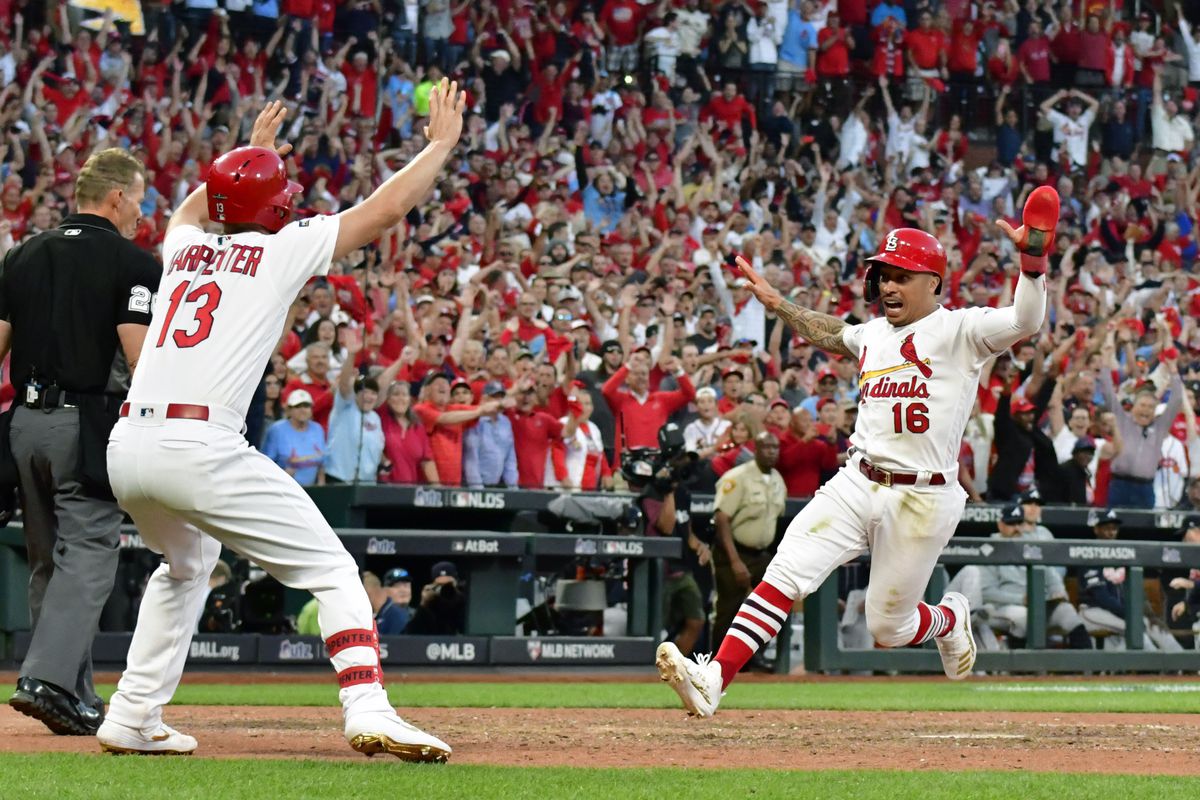 Lucky for you, there are a multitude of options. (As an aside, I’ve always loved the word “multitude.” The first time I heard it, I think, was when Sister Andrea was describing the plagues in Egypt and spoke about the locusts. It just seemed like a cool word then and still does today.)

You can start this afternoon if you like – and not even with football. There is the National League Championship series between the St. Louis Cardinals and that other damn team (sorry Sister Andrea, but you understand, what with what happened to our Dodgers and all). It’s on at 5 on TBS.

There are also a few college football games on, including the usual Pac-12 game. That one pits Oregon and overmatched Colorado on FS1. It’s Friday, it’s after dark and it’s the Pac-12. Expect something odd to happen.

There are high school football games on SWX as well, if that’s your fancy. A couple GSL games from Albi, which means if you live anywhere but the North Side, you don’t have to make the drive. If you live north of the river and west of the new freeway construction, you are mandated by law, however, to not watch on TV but must attend in person. It is a law I just made up, if you are wondering.

• Saturday? The choices are endless and overpowering.

There are two baseball games as the American League Championship Series gets underway. Those of us in the anyone-but-the-Yankees crowd can root for the Astros starting at 5. The game is on Fox. The National League game should be over by then, having started at 1 on TBS. College football instead? The options are endless – if you count 27 games as endless (and I do).

The best? Well, there is seventh-ranked Florida at fifth-ranked LSU on ESPN at 5, which means there will be 100,000 liquored-up Tiger fans in Baton Rouge yelling. The booze will positively reek through your TV.

Or there is the intersectional rivalry with the most history, USC at ninth-ranked Notre Dame at 4:30. It’s on the Irish’s network, NBC, so don’t expect much in the way of balanced coverage. Not to worry, though. Notre Dame should be rolling, so it won’t make a difference.

Maybe by then you’ll be smiling because top-ranked Alabama, playing on the road, will have found a way to lose to Texas A&M. Don’t be too concerned. The Crimson Tide will stay make the playoffs unless they lose at least two other games. If you want to watch them Saturday, you’ll have to turn on CBS at 12:30.

That is a conflict for Cougar fans. Their beloved team is in the desert to take on 18th-ranked Arizona State and it starts at the same time. It’s part of WSU’s rough road through the Pac-12 this fall, and, appropriately enough, it’s on the Pac-12 Network.

If you are locked in to listening to the Eastern or Idaho or Whitworth game on the radio (all three start either at 1 or 2) instead, don’t worry about it. We’ll tell you about it right here as soon as the game ends. It’s what we do.

• If Sunday is the only day you can talk your husband out of the two of you working in the yard, you still have a lot of options. Of course there are the Seahawks, who play the early game. We will be having kielbasa sandwiches for lunch, as they are in Cleveland to face the Browns.

Then we will sit down to watch the RedZone for the rest of the day. It’s too bad Jacksonville and Gardner Minshew are playing New Orleans at the same time as the Hawks’ game, as Spokane’s local CBS affiliate will broadcast the Jags (the only area outside the South with it on).

And if you don’t want to watch a bad Sunday night game (Steelers at Chargers), then there is always baseball. Maybe the Astros will score 20 runs and take a 2-0 series lead on New York.

One can only hope.

WSU: Want to know what has to happen in Tempe for Cougar fans to celebrate? Theo Lawson tells you this morning. … The revamped secondary will play a big role. … Theo also has a story on Anthony Gordon being added to the Maxwell Trophy watch list. … The soccer team dropped a close one at home last night to Arizona. … Arizona State seems to have picked a winner in Herm Edwards. … Elsewhere in the Pac-12, everyone has picks this weekend. Our pick? This story from California. What a crock. … Washington’s offense won’t have one of its running backs against Arizona. The Huskies are trying to turn their season around. … Oregon has a bit of a split personality. But both the Ducks and Colorado play a physical brand of football. … Jake Luton is thriving in his second senior season for Oregon State. … Having a quarterback with wheels can make an offensive line look good. It has at Utah. … USC has to rely on its secondary more than in the past. … UCLA is losing a wide receiver to a transfer.

… In basketball news, the Pac-12 new venture into a preseason tournament has promise. … UCLA has a lot of learning to do.

EWU: Antoine Custer’s roots in winning run deep, all the way to high school. The senior running back is taking his last shots with the Eagles and is the subject of Ryan Collingwood’s feature story this morning.

Idaho: The Vandals travel to Portland State tomorrow and defensive back Lloyd Hightower will be there, leading that side of the ball. Peter Harriman has more on the senior in this story.

NIC: Former wrestling coach Pat Whitcomb has filed a lawsuit against the school concerning his firing.

Preps: Yes, there are high school football games tonight. Lots of them. Dave Nichols and Sam Adams even have their picks. But there were also a few games last night. We have a roundup. … It’s not the only roundup with have to pass along. There is also soccer, volleyball and slowpitch.

Seahawks: Jamarco Jones played well enough at right guard last week to be the guy starting this week. Well, there was an injury. … If you yelled at your TV during this play, you were not alone. … Chris Carson is trying to overcome his fumbling issues.

Sounders: The new MLS playoff format - one-and-done – is dramatic but scary. Even for the players.

• It’s a day to say goodbye to high school Hall of Fame basketball coach Denny Humphrey. We had our chance a bit earlier this week. Others get their chance this afternoon. Until later …