PULLMAN – One week after Washington State’s defense gave up its second-highest yardage total of the season, the Cougars’ lone senior in its secondary, Marcus Strong, bounced back and was at his best on Saturday night.

Well, near his best, according to his roommate, Jahad Woods.

“I think the bowl game was his first, because he was on another level during the bowl game last year,” said Woods, referring to Washington State’s 28-26 victory over Iowa State in the Alamo Bowl.

In that game, Strong had seven tackles, a sack and an interception.

But Strong’s performance was also instrumental in the Cougars’ 41-10 victory over the Colorado Buffaloes on Saturday. He helped lock down junior Laviska Shenault and the rest of the Buffaloes’ wide receivers, none of whom had more than Shenault’s 46 yards.

And a week after giving up big play after big play, the Buffaloes had only two passing plays of more than 20 yards, and even those went for 29 and 24 yards – nothing like the seven-catch 196-yard, three-touchdown performance that Arizona State’s Brandon Aiyuk had last week.

“I’ve seen him go through the emotions of the ups and downs of how he played,” Woods said, referring to the Arizona State game when Strong also had his first sack of the season, “and I’m proud of him, bouncing back the way he did. … Not only did he talk about it, he practiced like he wanted to. This was probably his best practice since he’s been here.”

Strong finished with three tackles, including one for a loss. That specific tackle came just seven plays after Strong, while covering a punt, took a blind-side hit that drew a targeting penalty and ejection for Colorado’s Chase Newman. 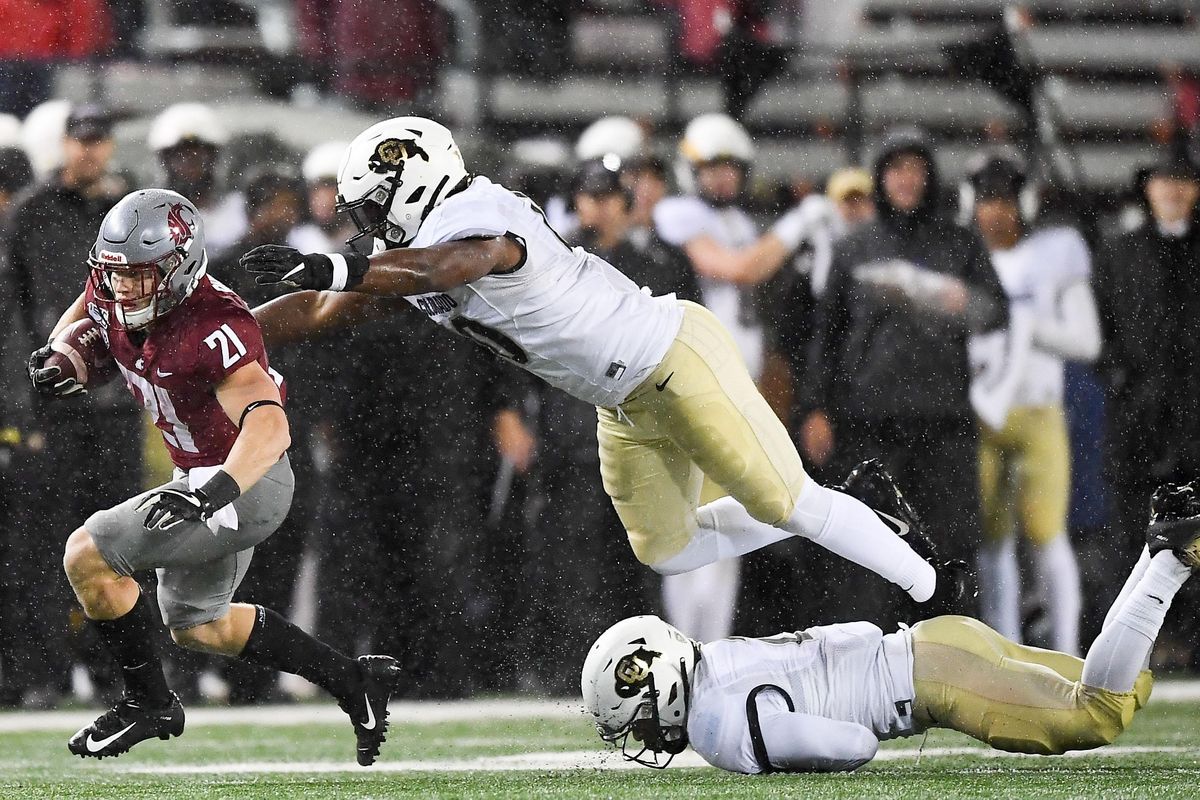 Then, with Washington State ahead 38-10, Strong intercepted a pass from Colorado backup quarterback Blake Stenstrom, returned it 34 yards and celebrated so boisterously that he drew an unsportsmanlike conduct penalty. It was Strong’s second interception of the season.

“Marcus is a great leader,” said linebacker Willie Taylor III. “Everybody loves Marcus, and it’s good to see him bounce back from last week.”

“I thought he played good today,” Leach said. “He played with good energy, played with confidence.”