A GRIP ON SPORTS • Think maybe the sky folk were upset with the Seahawks’ game yesterday? Maybe those who live around these parts. After all, they started crying during the game and never stopped. Maybe they were shedding tears for the ghost of a defense long past.

• The Hawk defense is a shell of what it once was. We all recognize that. It didn’t take a stellar performance from Baltimore quarterback Lamar Jackson to make us cognizant of that. It just drove the point home. No, really. 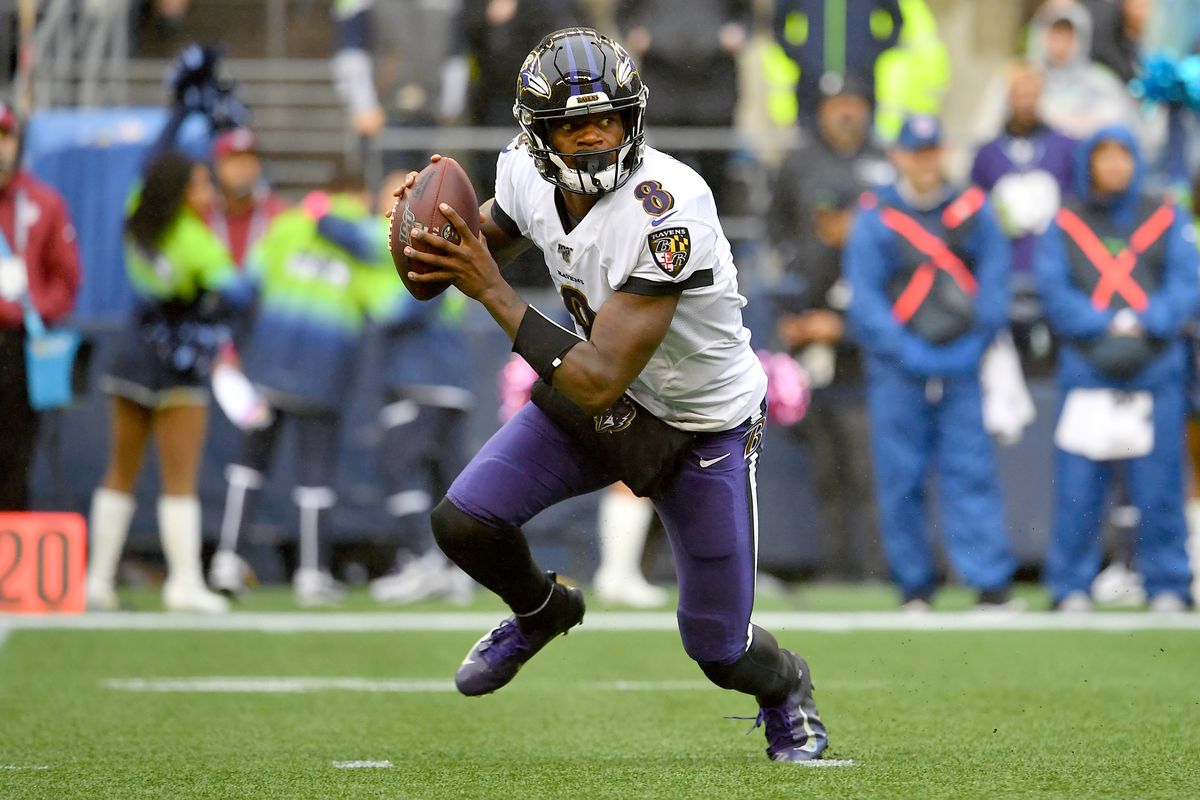 As in CenturyLink, where he made like 2013 Russell Wilson when he ran with the ball. And in homes all over the Northwest, where the Hawks’ inability to track him down probably led to a cuss word or two thousand.

It didn’t help Seattle’s best hope of shadowing the NFL’s newest trend-setting running quarterback, Bradley McDougald, was unavailable, laid low by a bad back. Or that another safety, Lano Hill, was also out.

But, really, the Hawks’ defense did a fine job against Jackson, considering how many points the Ravens’ offense scored. That number would be 16, the same number Seattle scored with a subpar day by its best player (more on that in a second).

If the Seahawks can limit their opponents to 16 points, then they should win. Which is probably what the Baltimore fans are saying this morning. After they have slobbered their way through all of the “did you see what Lamar did yesterday?” comments.

• That’s the usual Monday morning statement from Seahawk fans, with Russell substituted for Lamar. Actually, it is probably the first comment today too, but not in a good way.

There was no pot of gold at the end of the little rainbow pass Wilson threw in the second quarter. Well, there was. It just happened to end up in the possession of Marcus Peters. The former Husky (and Ram) took the ill-advised and poorly executed toss to the house, turning what had been a typical Seahawk afternoon into the Ravens’ time.

But yesterday was all about Wilson’s play in the driving rain. It was not good. And, as John Blanchette so correctly points out in his column from Seattle, as goes Wilson, so go the Hawks. Especially this season.

Yesterday he didn’t play all that well. Neither did the Seahawks.

• If I were an Oregon football fan right now, I would be ticked. Not that polls matter, but they sort of do. Hopefully, those who put together the college playoff rankings see things a bit clearer when they generate their list later this season.

The Associated Press poll has the one-loss Ducks ranked 11th. Remember that one loss? Yep, it was in the season’s first week, at a not-so-neutral site against Auburn. You know, the ninth-ranked Tigers.

In between the two schools? That would be one-loss Georgia. Yes, the same Georgia that’s one loss came at home to 3-4 South Carolina.

The Bulldogs’ wins? Over Vanderbilt, Murray State, Arkansas State, Tennessee and Kentucky, none of whom have a winning record. Oh, and a 23-17 home win over No. 8 Notre Dame. Good win, sure, but after watching the Fighting Irish hardly sparkle at home against 4-3 USC last week, I’m not much of a believer.

And Oregon just picked up a win at Husky Stadium, rallying from two scores down to do it. That is just as good, and maybe better, a win than anything Georgia has on its resume, considering the rivalry nature and the setting.

This week the Bulldogs didn’t deserve to be ranked ahead of Oregon. Next week? Maybe, seeing Georgia faces Florida in a rivalry game that is every bit as important as any game both teams play. Win and the Bulldogs should be ahead of the Ducks no matter what Oregon does at home against Washington State.

Lose and the point is moot. Actually, that true no matter what. Unless you want to rant for a few minutes.

WSU: Speaking of ranting, no one had to do that Saturday night in Pullman, except maybe Colorado observers. Theo Lawson rewinds the Cougars’ 41-10 victory. … The volleyball team suffered a tough five-set loss to visiting Arizona State after it squandered multiple opportunities to close out the Sun Devils. … Elsewhere in the Pac-12, there was quite a bit to like about Saturday’s action. … The Ducks have to put their rivalry win over Washington behind them. Next up are the Cougars, who have won 24 consecutive games in the series. (Checks notes) Oops, it’s only been four. My bad. … Washington’s hopes of a Pac-12 title are done. What’s next? Actually, a bye, then a game versus Utah. … Oregon State is in second place in the North after its upset at California. There is hope in Corvallis. … Not much of that in Boulder. … Utah moved up in the polls thanks to its overwhelming defense. … USC has developed depth under Clay Helton. It will need it. … UCLA has to face an Arizona State team that was handcuffed by Utah last week. … Arizona was also embarrassed a bit by USC.

Seahawks: Yes, John was in Seattle. He has a column and a game story. … The star of the game was Jackson. No doubt about it. He made the Baltimore offense go. … “What is this red flag in my hand? Well, I might as well throw it on the ground. I don’t want it.” That’s my guess on why Pete Carroll challenges some pass interference calls and non-calls. How about you? … Marquise Blair started for the first time. … Yes, Earl Thomas was back. Chris Carson welcomed him home rudely a couple times early in the game. … The grade for holding on to the ball? An F please.

• What’s ahead this week, the last full one in October? The World Series. More football. And lots of yard work. Sounds about right. Or wrong. Until later …