The Golden Age of the Whistleblower

Why does anyone even try to blow the whistle on wrongdoers? They risk their jobs, alienation from their friends and colleagues and even persecution from their government. And for what? The knowledge that they stood up and did the right thing?

Well, yes. That’s exactly why they do it.

Here’s a look at a baker’s dozen of whistle-blowers who risked it all to shed light on darkness.

WHAT HE DID: A fierce supporter of the airplane and a separate air force, Gen. Mitchell alienated his slow-to-adapt superiors, finally accusing them of “almost treasonable administration of the national defense.”
THE PRICE HE PAID: Mitchell was court-martialed and found guilty of insubordination. He resigned his commission but didn’t live long enough to see Pearl Harbor prove him right.

WHAT HE DID: Filed ethics complaints in hopes of halting venereal disease experiments on patients in Tuskegee, Ala. When that didn’t work, Buxtun went public to the Washington Star and the New York Times.
THE PRICE HE PAID: Buxtun testified before Congress and was instrumental in ending the 30-year-long experiment. President Bill Clinton formally apologized to the victims in 1997.

WHAT HE DID: Alerted authorities to rampant corruption on the NYC police force and then went to the New York Times when nothing was done. The Knapp Commission was then created to clean up the problems.
THE PRICE HE PAID: He was shot in the face during a raid, but his fellow officers refused to call for help. He wrote a book — made into a movie starring Al Pacino — and retired to the Swiss Alps.

WHAT HE DID: Military analyst for the nonprofit RAND Corp., Ellsberg leaked to the New York Times a 7,000-page report he had compiled documenting how the U.S. had increased its involvement in Vietnam.
THE PRICE HE PAID: He was charged with theft and violations of the Espionage Act, but the case was dismissed when it became known the White House had ordered illegal wiretaps and break-ins to gather evidence against him.

WHAT HE DID: Upset at President Richard Nixon’s use of the FBI, the agency’s associate director leaked information to and helped guide Washington Post reporters as they investigated the Watergate incident.
THE PRICE HE PAID: Arguably the most famous whistle-blower of all time, Felt’s identity was kept hidden for 30-plus years. Felt revealed himself as “Deep Throat” in 2005 and died three years later.

A. ERNEST FITZGERALD
Dept. of Defense
1973

WHAT HE DID: You may recall the infamous $400 hammers and $600 toilet seats on the C-5 cargo plane. Those revelations were courtesy of an auditor who testified before Congress about questionable cost overruns.
THE PRICE HE PAID: President Nixon ordered Fitzgerald fired, but he was reinstated by the Civil Service Commission. His case led to the Civil Reform Act of 1978 and, later, to the Whistleblower Protection Act of 1989.

WHAT SHE DID: In charge of health and safety for the union at her plant, Silkwood reported violations and concerns to the Atomic Energy Commission. She then decided to leak her evidence to the New York Times.
THE PRICE SHE PAID: She was mysteriously irradiated with plutonium. She was killed under questionable circumstances and her files were never found. She was played by Meryl Streep in a 1983 movie about her life.

WHAT HE DID: Via a dramatic interview on CBS’ “60 Minutes,” Wigand went public with revelations that tobacco companies manipulated nicotine content and lied about the drug’s addictive properties.
THE PRICE HE PAID: He lost his job and was smeared from allegations by the tobacco industry. His home and his lawyer’s offices were broken into. He was played by Russell Crowe in a 1999 movie “The Insider.”

WHAT HE DID: Not only did he blow the whistle on an enormous price-fixing scheme, he went the extra mile to help the FBI by recording conversations and meetings. The result was millions of dollars in fines.
THE PRICE HE PAID: The president of a company division, Whitacre also embezzled $9 million. He spent longer in jail than most of the people on whom he blew the whistle. Matt Damon starred as Whitacre in a 2009 movie.

WHAT SHE DID: A low-level office worker, Tripp surreptitiously taped her friend Monica Lewinsky’s admission of an affair with President Clinton and offered those tapes to independent counsel Kenneth Starr.
THE PRICE SHE PAID: Tripp found herself the target of reprisals by the Clinton administration when information from her files was leaked to the media. Her suit resulted in $595,000 plus retroactive pay.

WHAT SHE DID: Minneapolis field agent Rowley uncovered a plot by terrorists to hijack airliners for a suicide mission, but she was ignored and her request for a search was denied. She spilled all to the 9/11 commission.
THE PRICE SHE PAID: In the post-9/11 environment, Rowley was regarded as a hero. Changes were made in counterterrorism. She was named one of Time magazine’s People of the Year.

WHAT HE DID: Frustrated by the ongoing war in Iraq and disappointed by his treatment by the Army, this intelligence analyst leaked vast amounts of classified documents and videos to a whistleblowing website called WikiLeaks.
THE PRICE SHE PAID: Manning became Chelsea Manning in 2013. She pleaded guilty to 10 charges against her, was convicted of 7 more and served 7 years. She’s currently in jail for refusing to testify about WikiLeaks.

WHAT HE DID: Leaked classified information on government surveillance programs to the Guardian and the Washington Post, revealing that those programs are much more extensive than was generally known.
THE PRICE HE PAID: The self-described formerly highly-paid “computer wizard” lives in Moscow and speaks to various groups around the world via internet hookup. His memoir, “Permanent Record,” was released last month. 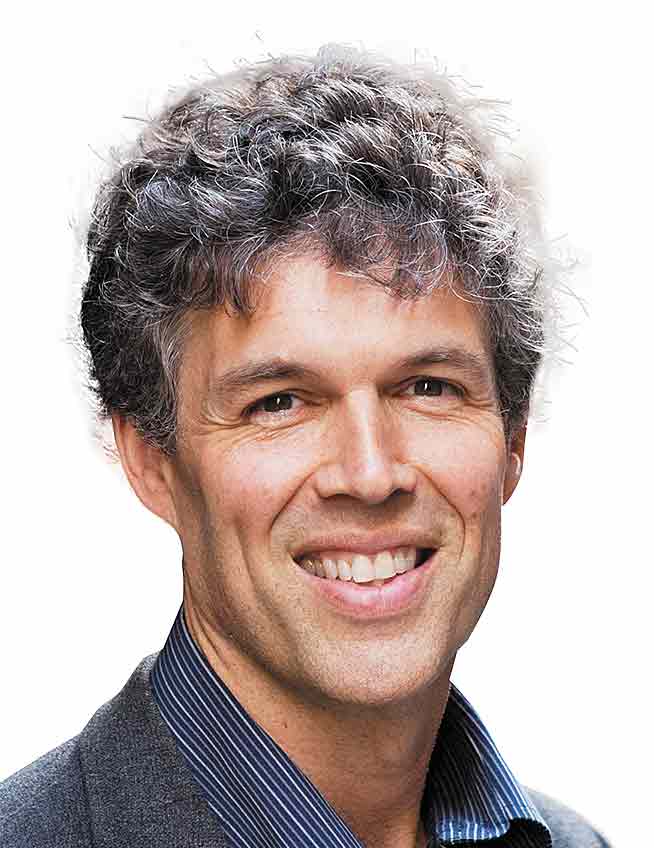 spends his summers on Spirit Lake — is the author of “Crisis of Conscience: Whistleblowing In An Age of Fraud.”

He will be the guest at the next Northwest Passages Book Club event next Monday, Oct. 28 at 7 p.m. at the Montvale Event Center.

For more information and tickets: Go To Event

We live in the Golden Age of the Whistleblower – but also in a boomtime of fraud and institutional corruption. In fact, the rise in individual truth-tellers tracks the decline in ethics in our society. If our corporations and government institutions were healthier, we wouldn’t need whistleblowers in the first place.

Yet need them we do, desperately. From lead-laced water in Flint, Michigan to radioactive cesiumlaced water in the Columbia River, from deadly corner-cutting by Boeing, Big Pharma and the automobile industry to corruption on Wall Street that crashed our economy in 2008, to the countless ways in which the Pentagon’s forever wars are bleeding our economy white, principled insiders are revealing wrongdoing by their organizations that we’d likely never hear about any other way. Whistleblowers also defend our democracy. Just as an anonymous whistleblower named Deep Throat (eventually identified as senior FBI official W. Mark Felt) once helped to reveal crimes by President Richard Nixon and his circle during Watergate, whistleblowers are now challenging President Donald Trump’s actions as violations of the law and our Constitution. 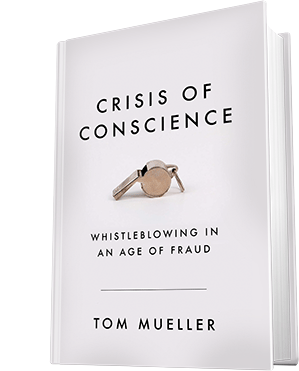