A GRIP ON SPORTS • We have to admit it. We have a few questions today. And not every answer.

• No one knows everything, not even James Holzhauer or Ken Jennings. Heck, as you get older, you realize how little you really know. A lot less than you thought you knew when you were younger, that’s for sure.

So we ask questions. Finding the answers can be elusive, however.

• Why is the NCAA so obtuse sometimes?

Remember that scene in “The Shawshank Redemption” where Andy Dufresne asked the warden if he is obtuse? The warden sends Andy to the hole, where he rots away in darkness. And then the warden taunts him. 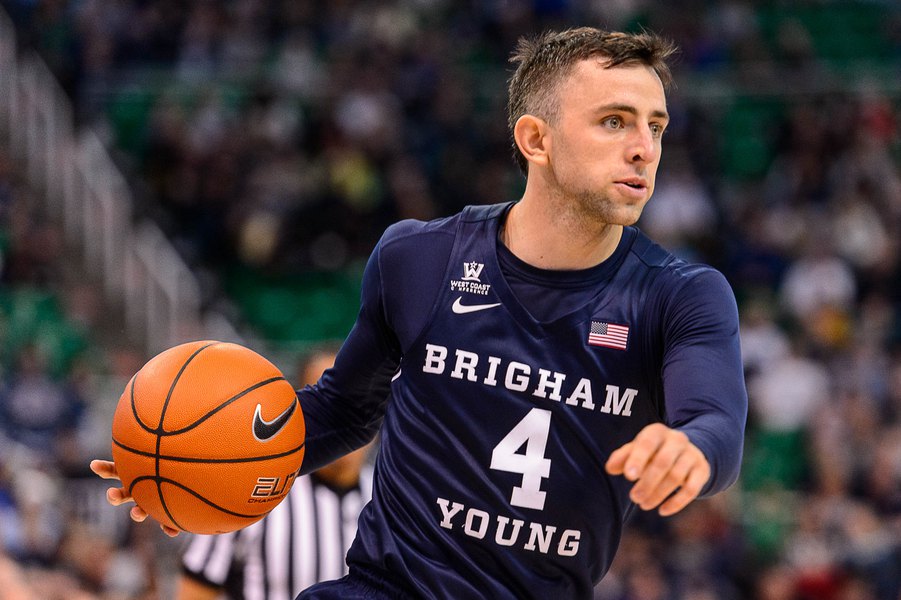 There may be an analogy going on today in Provo. BYU basically asked the NCAA yesterday if it was obtuse. And the NCAA is filling the role of the warden.

The Cougars’ Nick Emery cheated. Took money and other things from a booster. BYU found out about it after the fact. Turned itself in. Opened its books. Accepted its penalties – except one. The school didn’t think it was fair the basketball team should have to forfeit wins based on the actions of one player. The school asserted it didn’t know about the actions, couldn’t have known and shouldn’t be punished in this way. The NCAA agreed with the first two parts of that sentence but not the third.

But what irked BYU so much, and the school said so in a long statement yesterday, is the two previous cases the NCAA cited as precedent. Both had to do with individual sports. In other words, taking away victories fro a team sport like basketball in this manner, when the organization admitted BYU couldn’t have known and was following all of the NCAA’s prescribed ways to monitor its program, was unprecedented. To everyone but the NCAA.

Didn’t the organization’s appeal board understand how it would look to the rest of the world? Of course it didn’t. It’s too obtuse.

• Will high school football catch your fancy this season?

If by that I mean will you attend a game out of the blue, probably not. Heck, to see a high school football game on a Friday night, one has to get in their vehicle, drive to a stadium, park, pay and find a seat. In other words, make a proactive decision.

Contrast that with the other football alternative on Friday night: Watching a college game from somewhere on your television. That’s a lot less hassle.

There was a time when college and pro football respected Friday night, left it alone so high schools could have their night under the lights. Not anymore. Heck, next Friday, Washington State travels to Texas, home of “Friday Night Lights,” as in the television show, the movie and the book, to face Houston.

Unless there is a family member playing that night in a high school game, Cougar fans are going to opt to watch at home.

• Is there a bit of correlation between the last question and declining football numbers on the West Coast?

Maybe a little. But the biggest reason high school football participation has dropped so rapidly has more to do with safety than anything else, as Jon Wilner’s story from the San Jose Mercury News documents.

I can’t speak for anyone else, but I do know my youngest son loved football. It was his passion. He played it all through high school though he rarely saw the field. And he still has to deal with injuries suffered doing so. He is adamant, if he had a do-over, there is no chance he would have played, knowing the pain he would have to deal with the rest of his life. And there is little chance he would want any future offspring to play.

• Are the Seahawks a playoff lock?

WSU: It seems Thursday is a day for questions – and answers. Theo Lawson has a Q&A with James Williams, the former Washington State running back who spent time in NFL training camps this preseason. And Theo also has your questions and the answers he was able to find. … Basketball coach Kamie Ethridge will have her jersey retired at Texas. It’s the school’s first time retiring a women’s basketball number. … Elsewhere in the Pac-12, reputations are earned. So are rankings. … Washington has a couple of offensive players that are under the radar. … In this week’s “why is this happening” file, the Oregon State game at Hawaii will only be available on Facebook Live. Maybe to allow us not to have to watch the Beaver defense? … Oregon has to bounce back quickly from its opening loss. … The Colorado defense is not where it wants to be. … Utah has a freshman kicker. … USC has an advantage on defense. … San Diego State’s defense will be a challenge for UCLA quarterback Dorian Thompson-Robinson. … Arizona State plays Sacramento State on Friday night. Yep, it’s on TV. … Arizona has not been good on the road.

Gonzaga: Rui Hachimura is playing for Japan at the FIBA World Cup. He’s also playing under the watchful eye of the Washington Wizards’ general manager.

EWU: Sometimes to continue playing football, a player must be flexible. Ryan Collingwood has a story today about one who was so flexible, he moved from defense to offense. … Around the Big Sky, Montana is hosting North Alabama, a former Division II power. … Hard work has paid off for one Montana State player. … Weber State wants to move the ball down the field quicker. … Southern Utah lost a key defender to injury. … One Idaho State player has been at the school longer than most of the coaches.

Indians: The Spokane Indians had the best record of any Northwest League team this season. But because of the Interstate Fair, they knew they would only have one playoff game at home. It came last night. They lost, 4-3, in 12 innings. To keep their season going, they will have to win every game on the road. Dave Nichols has the game story from Wednesday night. … Mike Boyle, the Indians' radio voice,, joined Larry Weir for the latest Press Box pod. … Hillsboro leads the South series 1-0 after its Wednesday night victory.

Golf: Liberty Lake’s Trailhead Golf Course has undergone some renovations. They include scooters to go along with the golf carts.

Preps: It’s time for our preview of the high school football leagues in Washington. Dave Nichols has the GSL 4A, the GSL 3A, the 2B and 1B schools and Idaho’s smaller schools. (The larger Idaho schools were covered last week.) … Steve Christilaw does the Great Northern League. … Justin Reed covers the Northeast A.

Seahawks: Back to that question above concerning the Hawks and the postseason. Even Mr. Optimism, Pete Carroll, is urging caution. … The NFL is all about second chances for talented players. … Some Hawks are shooting for a third Super Bowl.

Mariners: One of the M's top pitching prospects is done for the season.

Sounders: The debate between the fans and the MLS concerning signs is heating up.

• Yesterday was my eldest son’s 35th birthday. That’s pretty amazing. All I could think of was when I was 35, he was 7. It was 1991. Heck, the elder Bush was still president. And my waistline was still somewhat in synch with my age. Different times. Until later …