A GRIP ON SPORTS • There is so much to unpack today. Should we write about the U.S. National Team’s under-the-radar failures at the World Cup? Or another revelation in the college hoops world? Maybe the M’s and the here-I-am-world first couple big league games for Kyle Lewis. Nope. We’re going to delve into the past again. It’s what we do.

• College football has been played for the past 150 years. Which means I’ve only seen about two-thirds of the games. Wait, that’s not right. (One hundred fifty) minus (50 sentient years) equals … well, I’ve seen a lot of football. 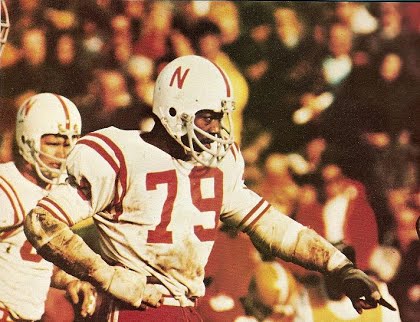 And a lot of really good football teams. Why does that matter? ESPN. Yep, the WWL has gathered together experts – you weren’t asked, so how “expert” could it be, right? – and picked the top 150 teams in history.

Sorry, there are no WSU teams included. Or Idaho. Or Eastern Washington. Or Whitworth. There is, however, one Washington team. The 1991 national title team, or as we know it in our household, Steve’s Team. That’s Steve Emtman to you folks, the Cheney High graduate who won the Outland Trophy that year.

Anyway, despite the lack of local love, we thought we would hold a bit of a tournament with the 16 Pac-12 teams (or teams which schools are now Pac-12 members) listed by the ESPN panel. The number in parentheses is the ESPN Top 150 ranking.

No. 1 USC 2004 (2) vs. No. 16 California 1920 (139): Though the Bears dominated their opponents that season, giving up just 11 points, the Trojans were even better against a schedule that included teams from all over the nation.

No. 4 USC 1979 (30) vs. No. 13 Stanford 1940 (101): Only one of these teams revolutionized football. That would be the Cardinal, which wasn’t called that then. A stacked Trojan team actually tied an average Stanford team in ’79, so we’ll give the best-ever team from The Farm the upset win. 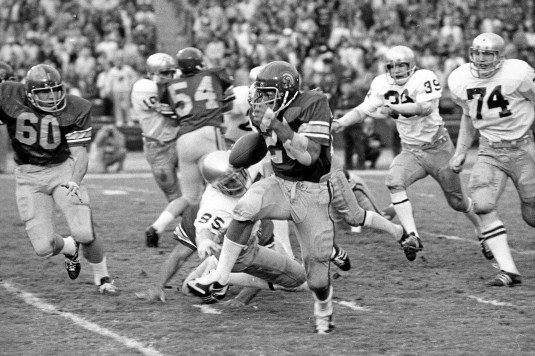 No. 1 USC 2004 vs. No. 5 USC 1978: Though the game is close, but Matt Leinhart is a better college quarterback than Paul McDonald. And the better left-handed quarterback.

No. 2 USC 1972 vs. No. 3 Washington 1991: This is the best game of the tournament. By far. With the game in the balance, Sam Cunningham leaps over the line and Emtman meets him. It looks as if Cunningham is markedly short, but, with no replay to make the correction, head linesman Cliff Hillis, USC class of ’06, puts up both hands and the call stands. Trojans win.

No. 1 USC 2004 vs. No. 2 USC 1972: Anthony Davis was Reggie Bush before Reggie Bush. He runs wild on a leaky Trojan defense and the older guys win. No need for replay. The 1972 USC team is the best college football team I ever saw.

WSU: The Cougars’ depth, built over Mike Leach’s tenure, is also evident in the kicking game. The Lawson covers that today, as the two starters are headed home. … Theo also answers your questions with his weekly mailbag. … Dan Thompson puts his math prowess to work solving the third quarter equation. … We have a Washington State-based piece today for The Athletic. It concerns the Air Raid, many of the coaches that use it and what it means to them. Some of their thoughts surprised me. … Bruce Feldman went back in time to Leach’s first coaching staff at Texas Tech. Many of those guys, and a few of the players, are out spreading the Air Raid gospel. … The NCAA is urging California governor Gavin Newsom not to sign the bill giving monetary control back to college athletes. He still will. … Elsewhere in the Pac-12, Washington’s offensive line is really good, though the receivers have dropped off. … With a lot of injuries, freshmen are getting their chance at Oregon. … Oregon State’s thin linebacker crew faces a tough challenge. … Colorado has a tight end it can count on. … One more get-it-right game remains for Utah. … As UCLA prepares for Oklahoma, the Times look back as finds the admission scandal was on the school’s radar a while ago. … USC may lose a prize recruit to a transfer. … Michigan State’s defense will present a big challenge for Arizona State and its offense. … Uh oh. There may be an academic problem, a big one, for Arizona thanks to Book Richardson.

Preps: It’s not just football season, though we can pass along Steve Christlaw’s story on a longtime issue, the lack of turnout for football at Rogers High. … It’s also cross country season, and Ryan Collingwood has a preview. And it’s girls’ soccer season. Justin Reed delves into that. … Dave Nichols spoke with Larry Weir at the fair yesterday, The result was this Press Box pod.

Indians: Hillsboro is the 2019 Northwest League champion. The Hops won at Tri-City in a decisive game five last night. … Dave Nichols looks back at the league’s best regular season team, the Spokane Indians.

Seahawks: Is safety Tedrick Thompson injured? Maybe that’s why he took such a bad angle to end the first half last Sunday. Just kidding.

Mariners: It took a while for the M’s to get a hit last night against Sonny Gray. When they did, it was a big one. Lewis hit another home run and they went on to a 4-3 victory. … One young player returns from injury, another leaves. … Gene Warnick is back with an Out of Right Field recap following the win.

• I’m not kidding. That 1972 USC team had size, speed, skill, everything you want in a football team. I still think it’s the best of all time. But, you know, East Coast bias. That’s why Nebraska from the year before was named the top team of all time. Yes, I’m being ironic. Until later …