A GRIP ON SPORTS • There has been a spotlight aimed at corruption in basketball recruiting lately, and it is a good thing. But there is another possible area bubbling under the surface right now that could engulf college football and few are paying attention to it.

• Utah coach Kyle Whittingham spoke with the media yesterday. He was asked point blank about the status of the Utes’ two most explosive offensive players: running back Zack Moss and quarterback Tyler Huntley, both injured in last Saturday’s game against USC.

This is what Whittingham said, as reported by The Spokesman-Review’s Theo Lawson:

“We just hope everyone’s there. Why would you ever tip your hand to the opponent? That would make no sense at all. And until college football has an injury-report rule or whatever, we just won’t do it.”

He’s right. Why would anyone ever give their opponent a competitive advantage? 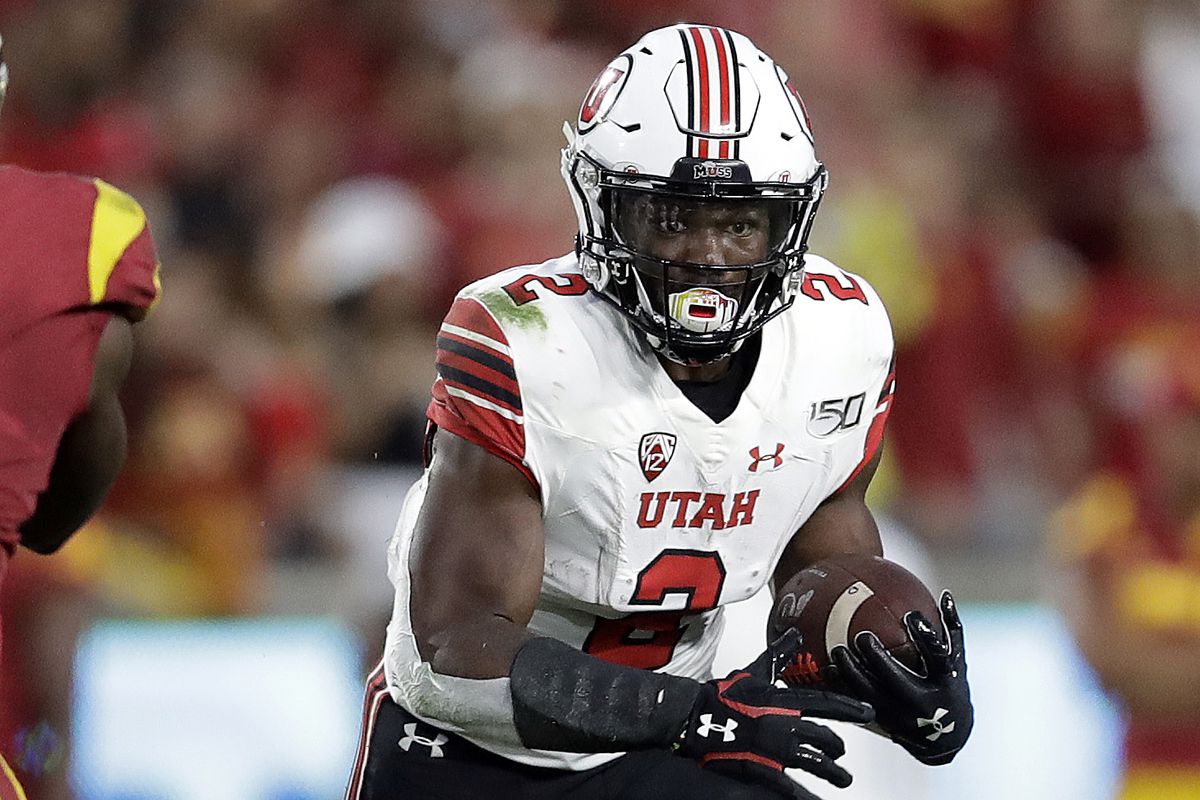 Don’t scoff. Since the Supreme Court ruled states can control sports betting, more than a dozen have tapped into the newest source of taxation on a vice. What does that have to do with whether Zack Moss or Tyler Huntley will play this week? Their presence, or lack of same, has an influence on the betting line and the outcome.

The game opened with Utah as an eight-point favorite. Las Vegas feels the Utes, at home, are that much better than Washington State. But since the line was posted, it’s dropped as many as three points in some places. Why? Without Moss or Huntley, people betting on the game feel the Utes are not eight points better.

But what if you knew Huntley and Moss were good to go? Wouldn’t that information be worth something? Maybe a lot of something? It’s perfectly legal in almost half of the country to bet on college football. Would someone, who is going to wager $50,000 on the game, be willing to pass along $5,000 to know such information? Sure they would. It’s a good investment.

Don’t laugh. College athletics have been roiled by betting scandals before. It’s taken more insidious forms in the past, including point shaving, but thanks to the legalization of betting and college football coaches’ paranoia, it’s possible these days in ways that don’t change the outcome – and would be harder to track.

Say a gambler, professional or not, is fishing for injury information. He or she wouldn’t even have to approach a player or coach. Other support personnel know. Some of them are even students, living hand-to-mouth and just trying to get by. A few bucks sure helps. And what’s the big deal anyway? The information doesn’t change the outcome, it just gives one person a competitive advantage.

Sort of like insider trading on Wall Street, and we all know that never happens, right?

For years people in the NCAA were worried about corruption in grassroots basketball. It turned out it took the FBI to ferret out the worst of it and it was between college assistants (who make pretty good salaries for the most part) and shoe company employees. At least that was what has been proven.

What if the NCAA had, in prior years, been able to change one small rule and, in doing that, had been able to avoid all of the shoe-money scandal? Think it would have done it?

Probably not. Because the organization, with one rule change, could avoid a possible scandal right now. And it is not doing it.

If every school in America had to comply with a simple, NFL-style injury report, and there were strong penalties for not, the need for insider information would go away. Take away to proprietary nature of the information. Level the playing field – all of them, including the one at the local casino – and there is less chance for a betting scandal.

Don’t do it, and it will happen. Guaranteed.

WSU: Mike Leach isn’t happy. Not just with the outcome of the UCLA game, but what led to it. He expressed his unhappiness yesterday in his press conference. Theo has that story. … Theo also has a first look at Utah and the aforementioned story on the Utes’ injury situation. … Larry Weir spoke with Paul Sorensen concerning the Cougars’ loss for the latest Press Box pod. … A doctor is telling Klay Thompson, and anyone else, to sit two years with an ACL injury. … Elsewhere in the Pac-12, what’s the best team in the conference? And where does everyone else rank? … At first blush, it doesn’t look as if the conference’s recruiting is going well. But there is a high point or two. … Washington’s Chris Petersen had some things to say as well. … California is undefeated. Will its students take notice? When the Bears face Oregon in two weeks, it could be a real big deal. … Oregon State is getting healthier. … Colorado’s win at Arizona State means a lot to the Buffs. … Utah will postpone a couple games with BYU so it can play Florida. … The NCAA should allow Reggie Bush to reconnect with USC. … UCLA is riding a high into its matchup with Arizona this week. … Arizona State’s Herm Edwards has deep connections to Berkeley. … With basketball practice beginning this week there will be stories. We pass along one on UCLA.

Gonzaga: Mark Few was the No. 1 choice in this fantasy draft.

Preps: Dave Nichols looks back at the past week in high school sports with this notebook. The WIAA’s announcement of the new football championship game sites is included.

Seahawks: Up next for Seattle? Arizona. The Cardinals need a win. … Before we get there, though, we have to look back at the self-inflicted Saints loss one more time. … Chris Carson is still the guy at running back. … There was a minor roster change. … Pete Carroll takes ownership of his mistakes. That’s so Pete. … There was another missed hit on Russell Wilson. What’s going on?

Mariners: The final homestand is on tap. Why the heck would anyone watch, what with the Mariners about three miles out of the playoffs?

• I hope I’m wrong about the growing threat to college football due to gambling and secrecy. I’m not, but I hope I am. The past shows you can never lose betting on cheaters finding a way to game the system. Until later …