SALT LAKE CITY – Larry Scott can’t get his league’s games on DirecTV, and now he can’t get them on Dish, either. But apparently he has enough pull to harness lightning.

That made the commissioner the big winner Saturday night in the Pac-12.

Oh, Utah, too – 38-13 over Washington State, a nifty rebound after stumbling over their league-best ranking the week before.

At least they got the game in without it being called on account of thunderbolts and didn’t have to face a replay Sunday or a return here next Saturday, or have it decided by roshambo – which, for all anyone knows, would have been Scott’s solution, there being no Pac-12 protocol for that sort of thing.

Lightning that had been predicted for every hour between noon and midnight never materialized, except for one odd bolt about 40 minutes into the action. The officials didn’t blink and hustle the teams under cover, but the execs at FS1 did – ordering their cameras off the roof and going to the stadium feed. Locked in fiscal combat with Dish over carriage fees, the network’s getting pretty good at shutting down the signal.

But otherwise, from the #Pac12AfterDark insanity of their meltdown against UCLA, this was mostly #Pac12Afterthought for the Cougs.

This from coach Mike Leach, who last week excoriated his fellows for being “babies” – and expanded on it Saturday.

Say this for Leach – even when he’s stumped on how to get his players to perform better, or even a call that will produce a first down, he has no trouble coming up with a slew of pejoratives.

And now the Cougars are losers of two straight Pac-12 games for only the second time since 2014.

This doesn’t necessarily eliminate them from relevance – the Pac-12 being sort of an equal-opportunity operation for second and third chances.

But the Cougars aren’t playing anything like a team that even thinks of itself as a contender.

“If we get any resistance,” Leach scoffered, “we fold.”

So until further notice, contenders they’re not.

First notice is going to have to come from a defense that has turned into a Pac-12 punching bag, headed for punch line.

Second notice is going to have to come from the Air Raid, the league’s only brand-name offense, to demonstrate it can actually overcome the many defensive shortcomings. 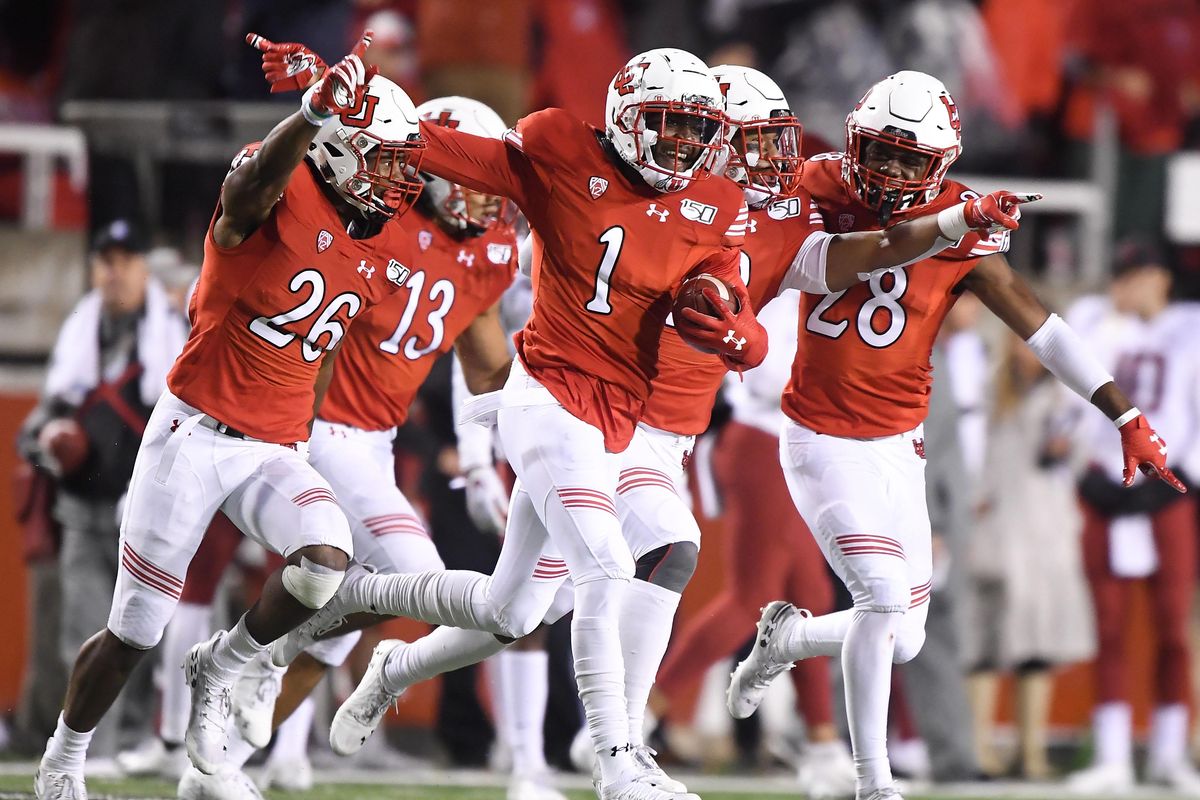 That’s always sort of been the Wazzu equation, of course, going back 40-odd years. There were moments in the recent renaissance that suggested some inching away from that, but now the Cougars are giving up yardage in something considerably more than inches.

This despite what looked like a bit of a built-in advantage, the kind the Cougs seem to stumble into a couple of times a year. The Utes were without two go-tos – All-Pac-12 running back Zack Moss, and their leading receiver, Sean Covey.

Problem is, quarterback Tyler Huntley – reportedly slowed earlier in the week with a foot injury – played. Spectacularly. And without two of their top playmakers, the Utes still scored 38 points, rolled up 526 yards and converted on 8 of 15 tries on third and fourth down.

Naturally, they needed a little help. And, boy, did they get it.

On a crucial Utah possession after WSU had cut the lead to 14-13 just before halftime, the Cougars surrendered a 41-yard completion on third down, whiffed on a certain sack – and several tackles of Huntley’s receiver – on a fourth down and finally committed pass interference on yet another third down.

The Utes scored to go up 21-13 at halftime, then owned the third quarter. The Cougs’ last gasp – a 16-play drive that ate up more than 7 minutes – fizzled on fourth down from the 3 when Max Borghi was dragged down by the ankles.

At least he saw the ball then. After carries on the first two plays of the game worth 18 yards, the sophomore running back seemed oddly underused in attack that generated just 313 yards.

“And that’s my fault,” quarterback Anthony Gordon said. “I have the opportunity to check the play at the line of scrimmage and give our playmakers the ball a little more often.”

But no one – from Leach to the players – is going to second-guess the scheme, at least publicly. So the blame is directed toward the Cougars’ psyche.

“What’s amazing about this is that most of these guys were on the same team last year and that was a tough team,” Leach said. “We’ve got nearly the same guys and now all of a sudden they’re not.”

With the off week ahead, Leach has some extra time to fix it.

Or least figure out some new names to call them.