By Jared Brown and Arielle Dreher The Spokesman-Review

The COVID-19 screening site at the fairgrounds reopened Thursday morning, in a covered barn building off Broadway Avenue.

The site will be open from 10 a.m. to 5 p.m. for people who would like to have their symptoms screened for COVID-19 and, if it’s deemed appropriate, get tested.

Spokane County had 182 confirmed cases of COVID-19 as of Thursday, an increase of 17 from the day before. No new deaths due to the respiratory virus were reported, leaving the total at five. Thirty people have been hospitalized with the disease.

So far, about 3,700 county residents have been tested for the virus, with 3.9% testing positive. That positive rate is expected to increase with more testing.

Lutz said the screening site will have access to more testing materials, after speaking with the lab director at Providence.

“He feels very comfortable that the supply he has now is good for the need, and he feels his supply chain is good,” Lutz said. 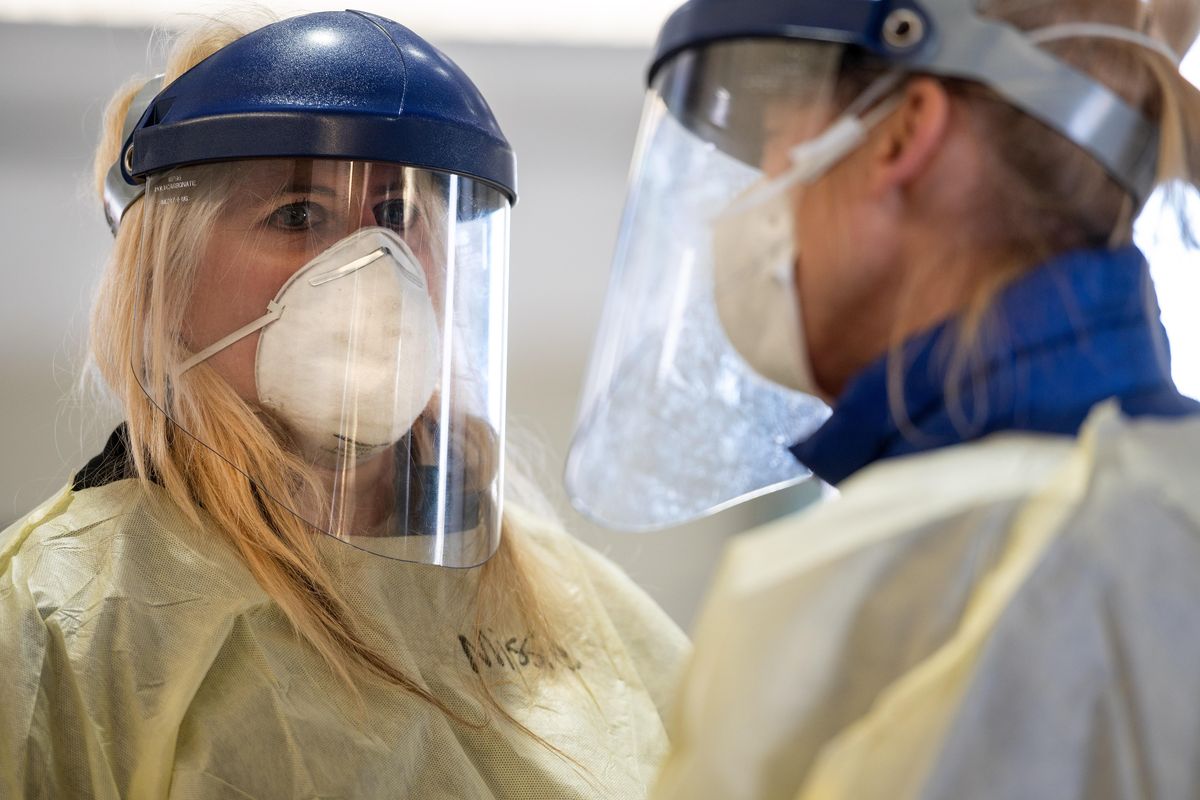 Besides the fairgrounds site, Spokane residents can be tested for COVID-19 by their health care providers, if they recommend it.

The state Department of Health updated its database late Wednesday night, and Washington state now has 6,585 confirmed COVID-19 cases in all but four counties statewide. At least 262 Washington residents had died from the coronavirus as of midnight Wednesday.

Whitman County reported its 11th case and Lincoln County had one case, according to local health districts. Lincoln officials reported one resident had recovered from the disease.

In all, 18 counties east of the Cascades reported more than 700 confirmed cases as of midnight Wednesday, according to the state health department. Just Asotin and Garfield counties remained without cases Thursday.

Yakima County had 240 confirmed cases, and Benton County reported 130 as of Thursday, according to their local health districts. Nine people have died from the disease in Benton, the most in a county in Eastern Washington.

In Idaho, the state health department reported 891 cases and nine deaths as of Thursday. Blaine and Ada counties each reported more than 300 cases.

The Panhandle Health District reported no new cases Thursday for a total of 36 in Kootenai County and one in Bonner County.