The highly anticipated delivery of about five truckloads arrived on the same day Spokane County eclipsed 200 confirmed COVID-19 cases, for a total of 209 and 10 deaths.

Two of the new cases were employees of the North Colton Street Walmart in Spokane, KHQ reported. Those employees are in self-isolation at home, and the store is working with the health district to identify anyone who may have come into close contact with the employees, according to KHQ.

The numbers reported Saturday represented an increase of 15 cases and three deaths since Friday. Thirty-four people were hospitalized, which was one more than Friday.

But that data could also be considered incomplete because people in households with a confirmed COVID-19 case are, in effect, all considered positive but not included in local case counts.

Unless those household members are at risk due to age, underlying health conditions or occupation, they are not tested, according to Kelli Hawkins, a health district spokesperson. That guideline was put in place in order to preserve testing kits for people who are at risk, she said. 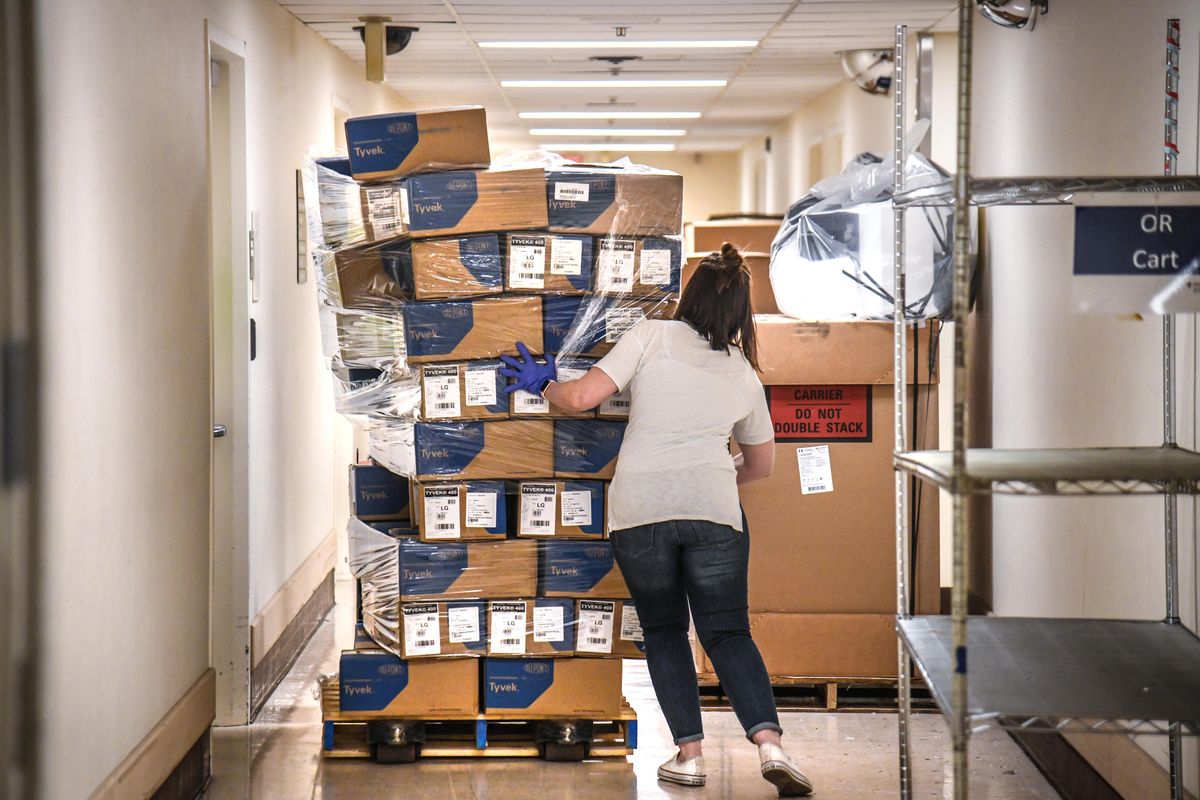 Statewide, Washington reported just shy of 7,600 confirmed COVID-19 cases and 310 deaths as of Saturday afternoon, which were increases of about 600 cases and 26 deaths from Friday, according to the state health department. Only Garfield County remained without a case in Eastern Washington, along with Pacific County on the West Side.

Across the border, Kootenai County reported one new case for a total of 40, according to the Idaho health department. Bonner County remained at a total of two cases.

In all, Idaho had nearly 1,100 confirmed COVID-19 cases as of Saturday afternoon, which was an increase of 64 from Friday, according to the state health department. The death toll remained at 10. Cases have been confirmed in 32 of Idaho’s 44 counties

About 3,700 people have had test results returned in Spokane County, according to the Spokane Regional Health District. And just over 2,400 people have been screened at the fairgrounds since the site opened March 19, with 892 tests performed as of Thursday.

Screening numbers at the fairgrounds have declined in recent days from 220 on Thursday to 117 on Friday and 86 on Saturday, according to Julie Humphreys, a city spokesperson.

“We have enough test kits to keep going next week based on how many people we see a day and the percent tested,” Humphreys said in a text message, but officials are still awaiting more.

At Sacred Heart, Providence received 50 to 60 pallets of equipment, which hospital officials had been requesting for weeks while more frequent, smaller deliveries kept them afloat. A large shipment of supplies from the county distribution center, which the state stocks, is expected at MultiCare on Monday.

“This is a huge relief for our care givers,” Ruby said.

But Ruby said it’s hard to predict how long the current stock of supplies will last Providence health care workers. Some of that protective equipment will also be distributed to Holy Family Hospital and other Providence clinics.

“We will go through this rather quickly, but this will help tremendously,” said Ruby.

Sacred Heart is also preparing to start testing COVID-19 samples from around Spokane County itself, Ruby said. Previously, samples from Providence and the fairgrounds site were sent to Providence’s diagnostic provider, LabCorp, in Arizona.

Ruby said he did not have an estimate for Sacred Heart’s planned testing capacity.

Still, test kits and protective equipment remain in short supply across the country, which means Spokane County is competing with many other localities with the same concerns.

Eric Finch, an incident commander at the Inland COVID-19 Response Command Center, said officials will continue to request more supplies because much more is needed. But Saturday’s shipment – one of the first major deliveries in the region – signifies the supply chain is starting to flow.

“Everyone has this need,” Finch said.