A GRIP ON SPORTS • There is a running gag in the old, old comedy “Airplane,” in which a character, played by veteran actor Lloyd Bridges, decries that he picked the wrong week to quit (fill in the blank). The joke runs through the entire film and after awhile ceases to be surprising – or funny. But it seems appropriate for this day.

• When the S-R cut back one day of home delivery each week, the day chosen was Saturday. The economic necessity of the decision is inarguable. Newspapers don’t make money like they used to, the printed product isn’t as popular as it once was and getting to your home each day of the week just doesn’t pencil out as it did in the past.

Hence, more and more papers are scaling back home delivery. But Saturday? For sports fans, it seemed an odd choice. You can just picture old Lloyd, after a Friday filled with events, wandering his front yard in his robe mumbling something about “they picked the wrong day to quit printing the ol’ paper.”

But the coronavirus had made the decision a bit less painful. Until today. Man, yesterday was jam-packed with hits.

CJ Elleby announces he’s decided to leave Pullman for sure and will take his chances in the professional ranks. One of the nation’s top basketball recruits tells everyone Gonzaga is among his final four. Another major league baseball team is hit hard by COVID-19, forcing more postponements and compelling the commissioner to ask the players to get their act together or the season is over. The Pac-12 presidents get together and agree on a revised football schedule, one that seems to be designed to ensure Nick Rolovich’s first season at WSU is a slog. The Mariners play in Seattle for the first time this season. Finally, Theo Lawson drops on in-depth story that covers an ongoing, and long-lasting, investigation into the actions of Cougar linebacker Dominick Silvels.

It’s almost as if the sports gods decided Friday was a perfect day to release the kraken, so to speak – except there was no Seattle Kraken news.

Oh well. We’re not complaining. With no newspaper on your front porch, where does the Spokane sports fan turn for its daily fix?

Why here of course.

• Washington State’s original 2020 football schedule had the Cougars missing USC and Arizona. Which meant WSU, with four road games scheduled including two in California (at UCLA and at Stanford), would either make a second trip to Los Angeles or one to Tucson under the 10-game rewrite.

The conference settled on making the Cougars head to La-La Land again. OK. But that’s not all. They will open with two home games, which is good, but they are against the two teams that played in the conference title game last season, which isn’t.

That’s followed by four weeks of the California schools (and a bye), which means three of four on the road. The final month includes a Friday home Apple Cup, probably with few or no fans, and then a game in Boulder in early December. There are two Friday games on the schedule, one at Stanford, which should follow the bye week but may not, if either of the first two contests have to be postponed.

And, to top it off, the Cougars are the only school to miss Arizona, which will be the odds-on favorite for the Pac-12 South cellar.

All of this, of course, is predicated on football games happening at all. The schedule has one bye week for everyone, a late September start and a lot of hope. 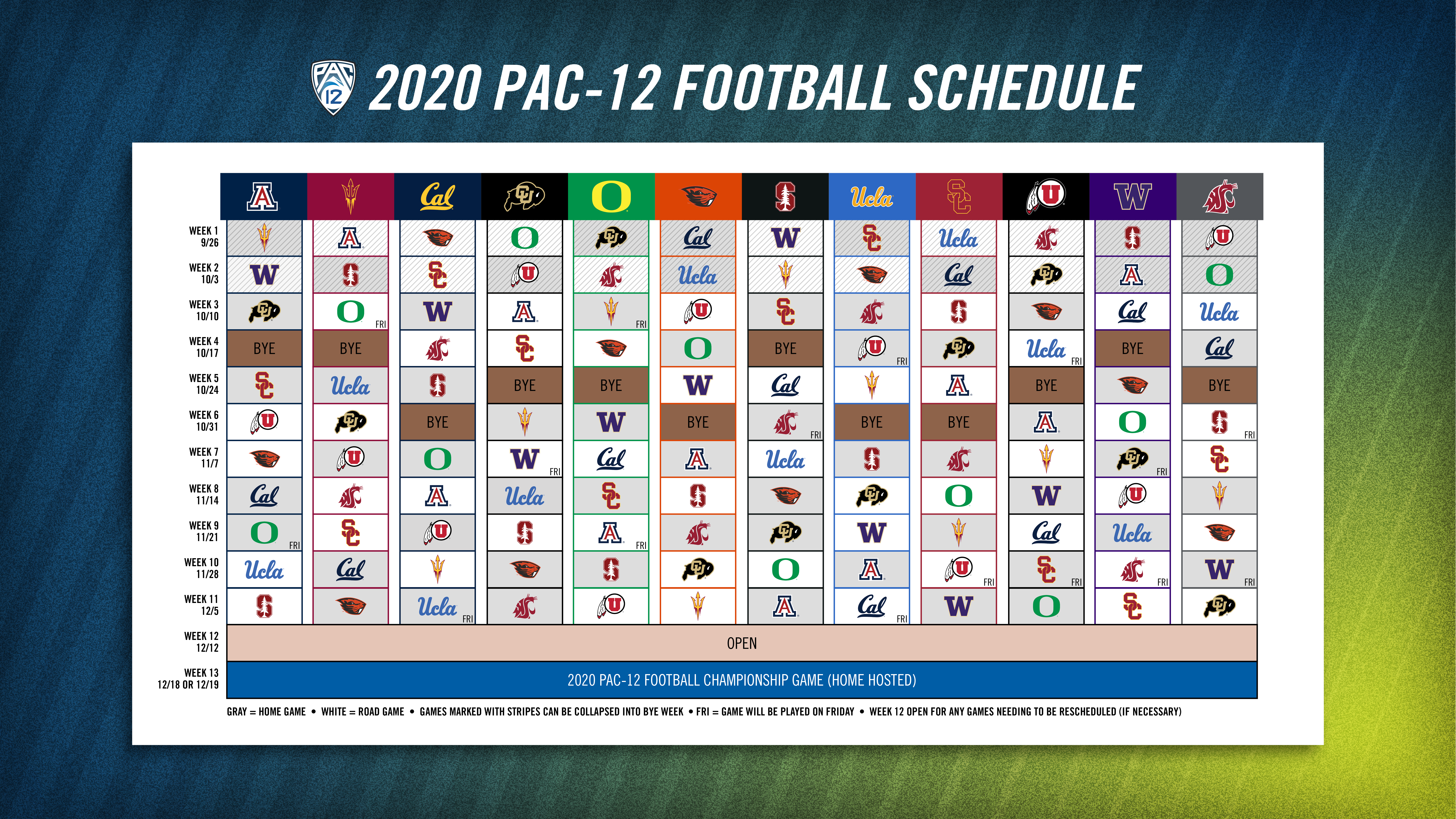 WSU: Surprisingly, the biggest story out of Pullman on today’s S-R website isn’t the one on the schedule, though Theo covers that in this story. It includes comments from Rolovich. … The biggest piece? That would be Theo’s in-depth look at the Silvels saga, one that has been going on for about a year and has recently come to the attention of the Cougar faithful through social media. Hopefully, the reporting Theo has done will shed some light on a contentious and complicated situation, which doesn’t seem to have any easy answers. … Any other day, Elleby’s decision would be the focus of attention. After all, his return would have vaulted the Cougars into the upper half (or more) of the Pac-12. But the junior-to-be decided to move on. Theo has more here. … Around the Pac-12, as one might expect, there are schedule stories covering every school. Yes, there is a handful of different stories about Washington and its schedule. Another couple from Oregon and a few more concerning Oregon State. There are two around Stanford and one from California. Two more are available about Utah and one from Colorado. The fact USC and UCLA are scheduled for the first week highlights the stories from Los Angeles. Arizona State and Arizona each are covered by their local newspapers. … Oregon’s most important piece is its head coach. … The Redbox Bowl is on hiatus and may not return. … In basketball news, Stanford also is losing a key player. … Colorado is reportedly going to get one back. Gonzaga: Nathan Bittle is a 6-foot-11 center with range. He’s also one of the best recruits in the nation’s senior-to-be ranks. And he’s down to four colleges, including GU. The southern Oregon standout also is looking at Oregon, UCLA and Arizona. Jim Meehan has everything you need in this story. … Elsewhere in the WCC, Yoeli Childs thinks this could be the best BYU team ever.

Golf: The players in the first day of the Lilac Invitational at the Fairways not only had to battle the course, but the 100-degree temperatures as well.

Mariners: The home opener was devoid of many things, including but not limited to, real fans, hoopla, pomp and circumstances. And it was nearly without an A’s hit off Taijuan Walker. The veteran right-hander was dominant over seven innings, shutting out Oakland and yielding one hit. … Yes, the Mariners held on, winning 5-3. … Dave Nichols traveled across the mountains to give us an in-person Out of Right Field, though that seems a bit of an oxymoron. … The scouting department cuts have been explained.

Seahawks: The first week of training camp has been quiet. … There is some Antonio Brown news if you want to experience some noise.

• Enjoy your weekend. After triple digits here yesterday, it’s supposed to be around 10 degrees cooler. That will mean the difference between sitting inside or outside as far as I’m concerned. If you are wondering, I had a nice cool glass of lemonade yesterday before it got too hot to even contemplate being outdoors. Until later …