A GRIP ON SPORTS • It’s starting to get a little weird. Yes, I need to be more specific. The Mariners and Astros. That’s what’s weird. The past few years have just gotten totally out of hand.

• Everyone knows Houston has one of the best teams in baseball. Or did, coming into this season. The Astros won the World Series in 2017, just missed returning the next year and lost to the Nationals in 2019. That’s what sustained excellence looks like these days. 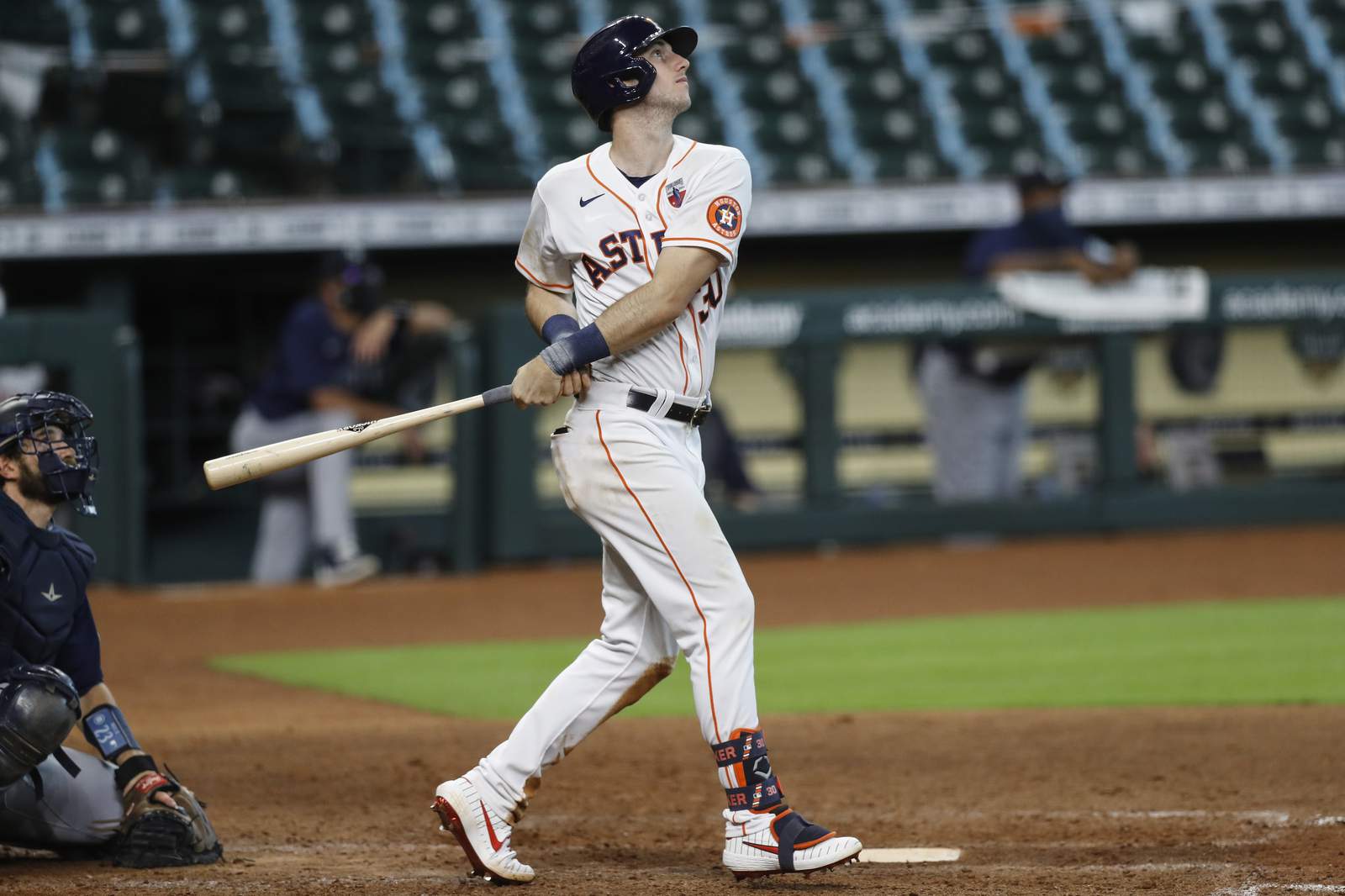 Oh sure. They may have been helped a little by the trash-can banging, but c’mon. If it were that big a deal, wouldn’t Rob Manfred have punished a few players? Yes, we are being sarcastic, but the point is still valid. The Astros win games.

And the M’s? They win less. And against Houston basically not at all.

In Ryan Divish’s game story this morning, which details the Astros’ 3-2 walk-off loss yesterday afternoon in Houston, he goes into the numbers a bit.

The one that stands out? In the past three seasons, Seattle has won three times in Minute Maid Park. The M’s are 3-23 in Houston since 2018. Thank goodness they are done playing there this year. The downside of that is they have no chance to improve on their 1-6 mark.

In the aftermath of the sign-stealing scandal, the Astros have struggled this season. They are 6-1 against Seattle, 5-9 against everyone else. Maybe that’s why there hasn’t been a peep on the field out of the Mariners concerning the aforementioned scandal. The Astros have dealt with issues with the Dodgers and the A’s, two teams with a vested interest in the issue. (Los Angeles was the opponent in the 2017 World Series and Oakland the organization that blew the whistle on Houston.) Houston is 0-5 against those two teams. There just may be a connection.

Or maybe the Astros have fallen off enough this season – Gerrit Cole walked before the year began, George Springer and Jose Altuve are both hitting below the Mendoza Line, and Michael Brantley, Justin Verlander and Aledmys Diaz are all hurt – they just aren’t that dominant anymore.

Except against the Mariners.

WSU: Around the Pac-12 and college sports, ESPN and Fox owe the conference millions for this season’s broadcast rights. Will they pay? … Nick Daschel has this interesting in-depth interview with Oregon State president F. King Alexander on the Oregonian website this morning. … The Bay Area schools have, like everyone else, been hit hard by pandemic-related financial losses. They are trying to adjust. It isn’t easy. … In basketball news, Colorado has filled out its roster. … Finally, there have been some disturbing allegations concerning the Arizona track program.

Gonzaga: Jessie Loera is used to cold winters, having grown up in the Inland Northwest. The former GU point guard will get her fill this year, after signing with a pro team in Iceland. That’s part of our weekly local briefs.

EWU: When the Pac-12 pushed sports, including basketball, back to 2021, it hurt the Eagles. As Ryan Collingwood tells us, Eastern had quite a few games scheduled with the conference’s schools.

Mariners: Sunday’s loss just illustrates the M’s issues with Houston. … Evan White signed an extension in the offseason. He still has yet to prove he can hit in the big leagues. … Seattle has more Black players on their roster than most major league teams.

Seahawks: It’s time to count blessings. … Marquise Blair will have a new role this season. … Tyler Lockett finds comfort in practicing. … The Hawks are going to have to pay Shaquill Griffin after this year. … Chris Carson is back on the field.

• The NBA playoffs begin today. Better late than never, my mom used to say. Did your mom say the same thing or was mine unique in that regard? Until later …