A GRIP ON SPORTS • One can be an anomaly. Two is a trend. So why are players leaving Washington State’s football program in late August?

• Monday, one of the more productive wide receivers left in Pullman, Tay Martin, announced he was going to transfer. Head out. Find a new place to play.

Then Tuesday, defensive back Skyler Thomas announced he was doing the same.

Is the good ship Cougar sinking, or is it the inevitable outgrowth of the Pac-12’s decision to cancel fall football and hope to make it up in the spring?

As with everything else connected to college football this month, nothing is clear. The players themselves aren’t talking, which makes their motives hard to discern. Either is coach Nick Rolovich, who had a bit of a kerfuffle with Kassidy Woods, Dallas Hobbs and others during the inception of the #WeAreUnited movement – which has moved to the backburner, by the way. Without any clarity, we are left to speculate.

Which brings the mind to a couple of different possibilities. Are the seniors – Martin did not redshirt, Thomas has used his – looking to find a school still playing and compete this fall? That seems to be the leader in the clubhouse.

If that’s the case, don’t expect Martin to end up at Mississippi State, unless Mike Leach’s opinion of the receiver’s work ethic has changed dramatically. In their time together in Pullman, the two clashed repeatedly over such matters, with Leach expect more from the talented 6-foot-3 wideout. It resulted in Martin receiving less run his junior year, as his production dropped by almost a third from his stellar sophomore season.

Still, Martin may have been the most talented receiver the Cougars had returning and more than likely would have been featured in Rolovich’s Run-and-Shoot offense.

On the other side of the ball, things are more complicated. As a sophomore, Thomas teamed with Jalen Thompson to give the Cougars an outstanding safety duo. But Thompson left early for the NFL and then-defensive coordinator Tracy Claeys left as well, halfway through last season. Both changes affected Thomas’ role, though he seemed able to be productive no matter how he was used, leading the team with four interceptions.

But finding a place to play this year may be tough for both. Practice has begun for every school playing in the fall, the NCAA would have to grant immediate eligibility – that seems a longshot unless the organization wants a free-for-all on its hands – and, even if all that is overcome, no matter what school the players land, they will have to prove they are COVID-19 free before they hit a field.

The fact that players, even starters, leave a school when a new coach takes over isn’t surprising. But when it occurs on Aug. 17 and 18, that’s odd.

• Speaking of a kerfuffle, there was one in baseball this week when Fernando Tatis Jr. swung at a 3-0 pitch with the bases loaded and his Padres up 10-3 in the seventh. The fact he hit it about 400 feet also came into play.

Look, the rules are unwritten because they really don’t exist. They are figments of imagination. In the eye of the holder, actually. And they change all the time.

My dad used to talk about “his day.” When, if Player A hit a home run, Player B, the next batter, was buzzed under the chin. All the time, according to my dad. It was the pitcher’s job, to keep hitters from becoming too comfortable in the box.

That was one of that era’s unwritten rules.

I’m not sure it really happened all that much, though. Seemed like a waste of time to punish one player because another had just done their job.

But when a player did something to rub it in, now that was different to my generation. It wasn’t to be tolerated.

I remember a summer game in college against Golden West, a junior college in Southern California that happened to have two future major leaguers on its roster. The UC Irvine group I was playing with in Orange County’s Metro League included none of our good players, hence the reason I was catching.

We were losing 16-1 in the top of the ninth. We had an incoming freshman left-handed pitcher on the mound who was about 5-7 and threw about as hard as my cat. He was all arms, elbows and thumbs. Anyhow, it was hot, it was late and we were going to lose.

Then one of the Golden West hitters decided to bunt for a base hit. No, really. It was 16-1. It was a summer game. Our first baseman was playing in Tustin, for goodness sakes, probably dreaming of a beer or his girlfriend. Or both. Not only did this SOB bunt, he laughed about it when he got to first.

It was time to teach the freshman-to-be a lesson. I walked to the mound and told him he had to hit the next guy, a left-handed hitter who looked like Buzz Lightyear and would go on to play at Cal State Fullerton. Not in the head, mind you. I told him to throw his best fastball right at his right hip. We may lose 16-1 but damn if I was going to let them laugh at us. If they wanted to fight about it, I was young, stupid and wearing a steel mask. I was ready.

The little guy stretched, checked the runner and threw the pitch. It was headed right where I told him to throw it, probably traveling upwards of 70 miles an hour. But something weird happened. The hitter decided to swing. A mighty cut. He was going to take it downtown.

The only thing that went down was him.

I mean, I could see our pitcher about to lose his dinner on the mound. I saw a guy in the box holding his nose and trying to catch the blood in his hands. I could hear the umpire screaming “foul ball, foul ball.” And I realized the on-deck hitter, a guy who would coach in the majors for years, had run up, yelling at the umpire. “Hey, we know it’s a foul ball. But can’t you see he’s messed up,” though he didn’t say “messed.”

All of it combined to create such a surreal tableau, it made me laugh.

Two things happened. The game was called and the player, who would end up being just fine, went to the hospital. Oh, and the pitcher was cut in the fall. He wasn’t good enough.

One other postscript. When we played them again later in the summer, we threw our best pitcher. He was on top of his game. We won. Cost them the outright league title. The guy who bunted for the base hit? As I recall, he didn’t do a thing, which stifled their offense. We didn’t throw at him. Didn’t have time for it. Winning is the ultimate way to salve wounds to one’s pride. Always has been.

That’s the best of the unwritten rules. And probably the only one that will survive forever. 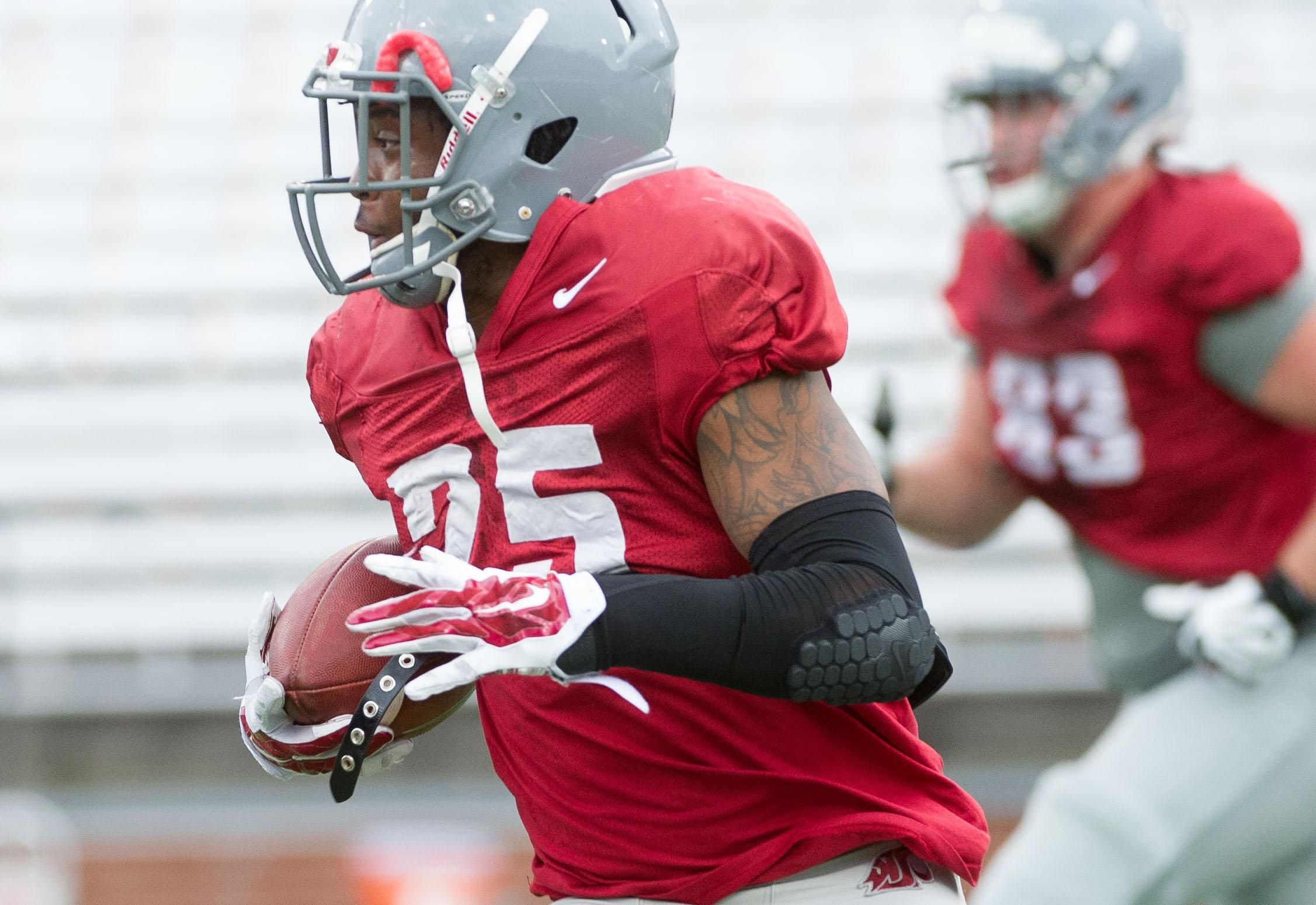 WSU: The past few years, Theo Lawson would be down in Lewiston or back in Pullman, prepping for the season opener. Instead, he’s writing stories about seniors transferring. Here’s the one on Thomas’ decision. We linked it above as well. … Around the Pac-12 and college sports, will athletes receive an extra year of eligibility this year? … We still don’t know whether the conference was right to pull the plug. … There is a lot to miss about not having fall football at Washington. … Arizona State is giving its athletes some NIL tools. … Oregon State has picked up a player with a checkered past. … Arizona is getting ready for the next opportunity. … In basketball news, are bubbles going to be necessary to play? … Arizona still has questions about its schedule.

Gonzaga: Nathan Bittle, one of the top 10 recruits of 2021 and who has the Zags on his short list, is leaving Crater High in Oregon and going to play at a California basketball school. His AAU coach, a former Arizona assistant, was named the school’s head coach recently.

EWU: There will not be a Canadian Football League season this year. That has a huge impact on a half-dozen former Eastern players. Ryan Collingwood checked in with them and has this story.

Mariners: Want to hear Larry Weir talk M’s baseball with someone who knows what they are talking about? Then don’t wait for Thursday, when Larry and I will chat. Listen to this Press Box podcast from yesterday. It features the Times’ Ryan Divish. … The M’s lost a pitchers’ duel in Los Angeles last night, their seventh consecutive defeat. That’s like a 16-game losing streak in a regular season. Remember, wait until next year. … Dee Gordon wants to get equality in baseball right. … Mallex Smith, he of many M’s commercials, has been sent down.

Seahawks: Yesterday, Will Dissly talked about his injury from last year and how he reacted to it. He wants people to know professional athletes get depressed too. … The Hawks put on pads yesterday, but some players missed it. … The offensive line is coming together. … Seattle signed another quarterback. That may impact Anthony Gordon.

Sounders: Amazon has bought streaming rights to Seattle matches through 2022. That means, starting later this month, people on this side of the state can watch the Sounders play live. Finally.

• By the way, the guy who came running up, yelling an obscenity? I spent quite a bit of time with him that summer. He was a high school friend of one of my roommates. He ended up at Oral Roberts. Until later …