A GRIP ON SPORTS • Once again we find ourselves on the cusp of a weekend. A summer weekend. In previous years, a late August weekend would mean stealing some time to finish to-do items before our weekends disappear to football, college and pro, in the near future. Those chores are going to be tough to complete these days.

• No, we’re not talking about the pandemic’s impact on college football. At least not directly. We are talking about the plethora – I have loved that word since I learned what it meant in high school, right Kent? – of sports options available to us, visually, this weekend.

Heck, even today, there are four NBA playoff games, at least five baseball games and a couple of hockey contests, along with golf and auto racing. Much of that wouldn’t have been on in any “normal” year.

But that’s just today. Saturday and Sunday are even more stuffed.

There are four NBA playoff games each day, starting at 10 a.m. and continuing until the dog is ready for bed. The WNBA continues its season in Florida. The Stanley Cup playoffs skate on, coming to our living rooms directly from two Canadian bubbles. It’s August, hot and muggy as that is, which means there will be baseball on the tube, of course. The men’s golf features the first round of the FedEx playoffs, which means some players will not be moving on. There are a lot of viewing options.

And we almost forgot, mainly because it’s August and not May, the Indianapolis 500 is this Sunday. It will be warm in Indy, I’m sure, but the Speedway will be oddly empty as the beasts roll around the 2 ½-mile track in seconds. At least the roar should be ample enough that NBC won’t have to pipe in crowd noise.

• I looked at the calendar yesterday, realized fall was right around the corner and panicked a bit. There are a lot of things needing to be done. Then I relaxed. My Saturdays won’t be overloaded with Pac-12 football. That’s about eight hours every week right there to waste on other silly endeavors. (But, in the minus column, no income from covering games.)

Hopefully, those in charge of the conference’s football fortunes will be using the time to prepare for a late-winter and/or spring season. They made a promise of sorts to at least try when they postponed instead of canceling the season last week.

One of those in charge joined yesterday. The conference hired former 49ers defensive back Merton Hanks to head football operations, a role he played for Conference USA the past four years and will assume for the Pac-12 on Sept. 8.

Two quick thoughts about the hire: Hanks is a football person. That’s good. Having a former player in charge of officiating (among other things) can only help. But he’s taking over the reins in a conference befuddled concerning the sport, and not just because of the pandemic. We all know Pac-12 football is waning, not waxing and that the conference has suffered from a lack of confidence in its officials for many years.

Hanks will be charged with changing all that. It’s not an easy task, especially since the leadership at the very top, commissioner Larry Scott, is teetering. That sifts down the chain of command, causing a lack of confidence in most every proclamation coming from the conference offices.

Not easy, no. But not impossible either. If there is one thing Pac-12 fans and stakeholders can agree on, it’s the conference’s football officiating has nowhere to go but up. And the same may be said for football overall. Score even minor successes and Hanks may just be carried off the Rose Bowl field. That’s how bad it is.

WSU: So what are Washington State’s football commits thinking right now, as many of them see their senior seasons melt away? Theo Lawson wondered that as well, so he talked with some of them. This is what they said. … College football was the main topic Larry Weir and I discussed yesterday when we spoke for hours and hours on the latest Press Box podcast. OK, just kidding. It was just a half hour. But it is jampacked. … Around the Pac-12 and college sports, Washington’s football team doctor, Kim Harmon, spoke with Mike Vorel of the Times about the health challenges and spring football. … Oregon’s roster will be loaded in 2021. … Colorado’s quarterbacks are keeping their teammates focused. … Utah is asking its fans to donate their football ticket money to keep the department afloat. … In basketball news, Colorado’s players are trying to stay ready for whatever happens. … Why did the conference pull the plug on hoops so early? 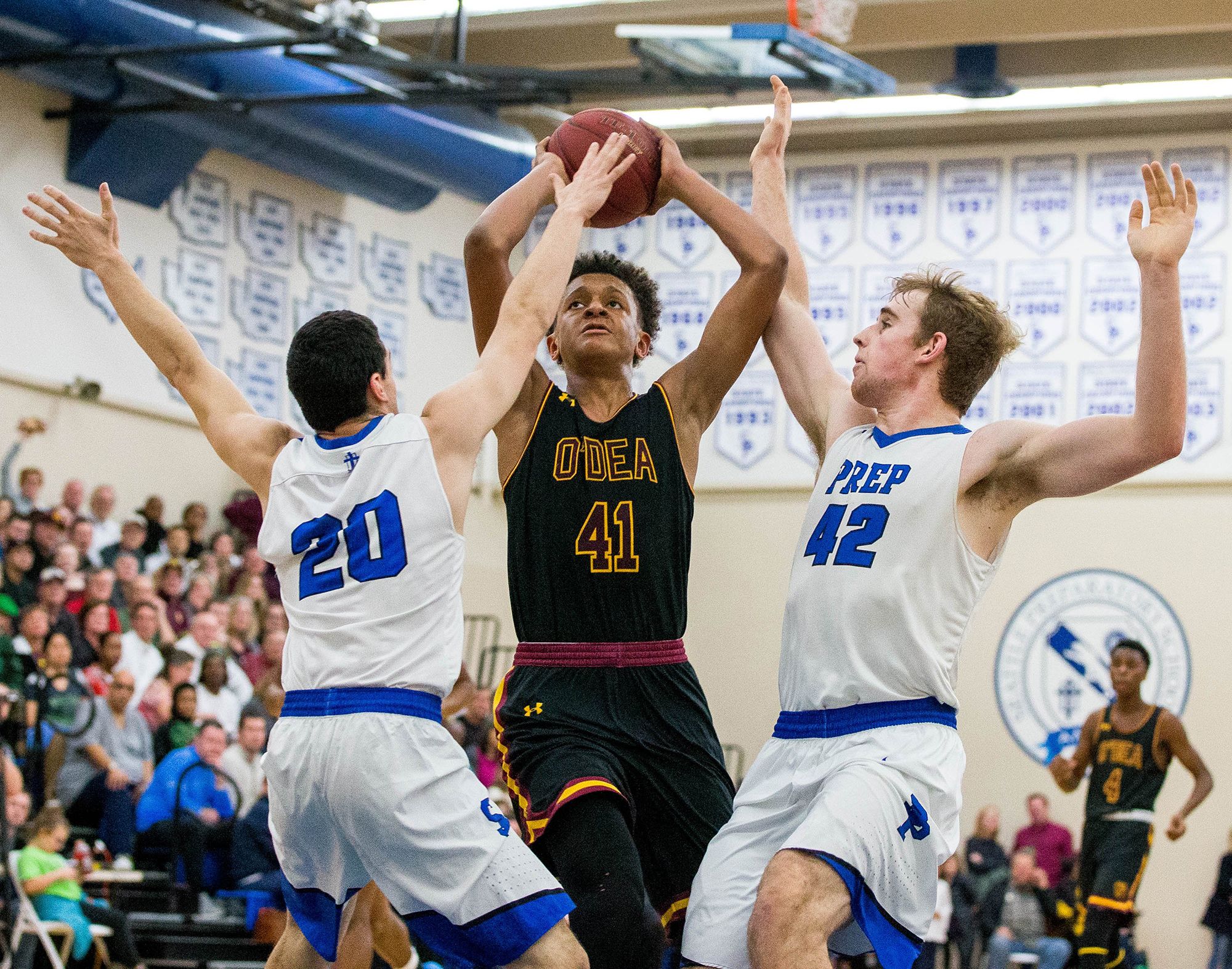 Gonzaga: The Zags are in the hunt for the best big men in the 2021 class. Or were in the hunt, in the case of Seattle star Paolo Banchero. The 6-foot-9 forward announced yesterday he was headed to Duke. It was something of a surprise. Jim Meehan has more in this story. … Banchero’s decision also had implications for Washington and Arizona, two other western schools on his finalist list.

Preps: Moscow High, which is not playing regular fall sports with other schools, reported a recent coronavirus case among its athletes.

Shock: The Arizona Rattlers are preparing for the 2021 season, though they may be joined in the IFL by another Arizona-based team.

Golf: Joel Dahmen shot a 71 yesterday at Boston’s Northern Trust. That’s under par, but still seven strokes behind the leaders in the first round of the FedEx playoffs. … The men’s British Open was canceled long ago. The women’s? It is going on this weekend.

Mariners: Clayton Kershaw is headed to the Hall of Fame some day. He showed why again last night against an overmatched group of Mariner youngsters, as he struck out 11 en route to a 6-1 victory. … Don’t dismay, however. Kershaw will be over the hill when the M’s get to the World Series. … Kendall Graveman wants to return to the mound, no matter the role.

Seahawks: Phillip Dorsett is fast. Maybe the fastest player Pete Carroll has had in camp ever. … The Hawks are racing the clock to put together their new offensive line. … Corner Quinton Dunbar was running with the ones some yesterday. … How has John Schneider done in trades recently?

• Yesterday, after I finished writing, I was doing the old man thing of holding a hot cup of coffee and surveying the front yard through the dining room windows. Sort of a call back, I guess, to days when our ancestors stood guard around the homestead. Anyhow, I noticed one of the neighborhood quail perched on the fence. On the stream bed below Pops, as I like to call him, was his mate. She looked bigger than any quail I have ever seen, almost chicken-like. As I watched, she sat there quiet and still. Finally, I moved a bit, to hide and continue to watch. Within seconds, she rose up. And about 20 tiny offspring emerged from under her wings. I’ve seen the family wandering around – they seem to have nested next door – but this was the first time I had ever been witness to this behavior. She was shielding them from whatever danger – me? – they perceived. It amazed me how so many of the little ones could hide under her and not suffocate. Nature is still undefeated. Until later …