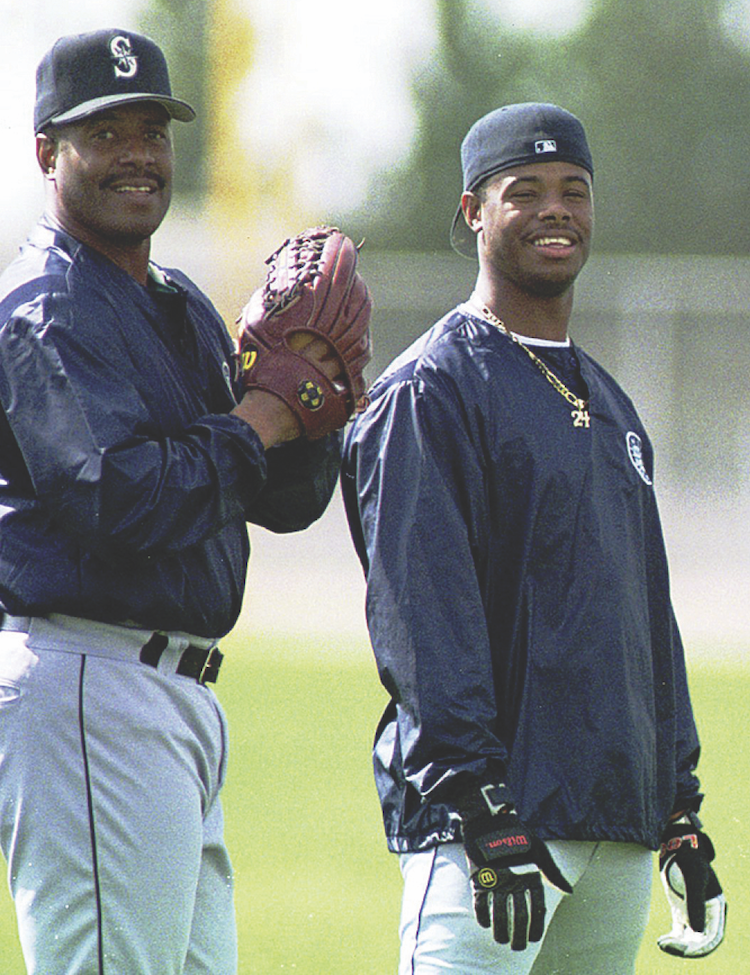 On this date 30 years ago, 40-year-old baseball great Ken Griffey and his 20-year-old son, Ken Jr., took the field for the Seattle Mariners at the Kingdome. It was the first time a father-son duo had played together in a major-league baseball game.

Two weeks later against the California Angels in Anaheim, Griffey Sr. – the second batter of the game – hit an 0-2 pitch off Kirk McCaskill over the center field fence. Here, his son and Harold Reynolds congratulate him at the plate. 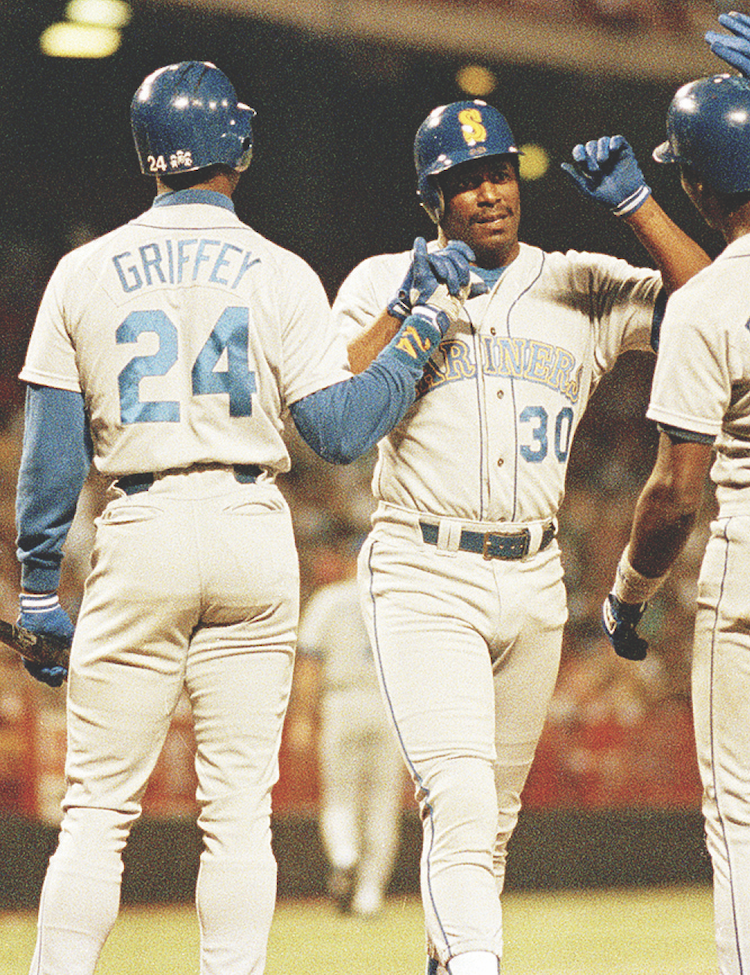 Griffey Jr. was the very next batter. He sent a solo shot over the left field fence – baseball’s first back-to-back father-son home runs.

The elder Griffey would play two seasons in Seattle before retiring after 19 seasons in the major leagues. Griffey Jr. would go on to play 21 seasons, win the 1997 American League MVP award, earn 10 Gold Glove and 7 Silver Slugger awards and make 13 appearances in the All-Star game. He’d return to the Mariners in 2009 and retired in 2010. 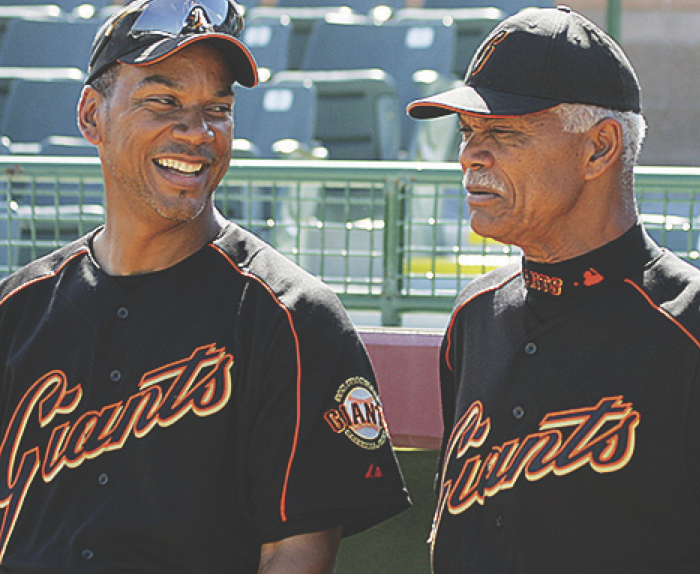 Father: Felipe played 17 seasons, leading the National League in hits twice and in runs once. He then managed for 14 seasons. His brothers, Matty and Jesús, also played pro baseball in the U.S. Son: Moises played for 18 seasons, won a World Series ring in 1997 and was named to the All Star team six times. 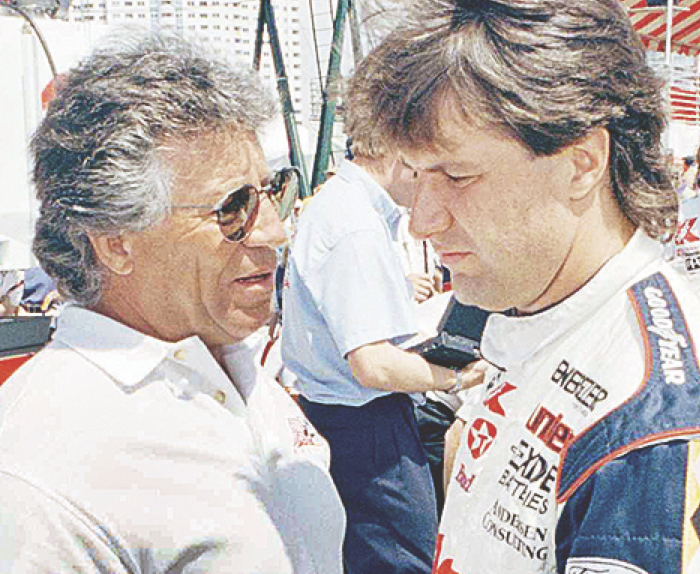 Father: Mario raced in multiple circuits for 26 years and is still the only driver to win the Indianapolis 500, the Daytona 500 and a Formula One world championship. Son: Michael won 42 races over 19 years and now runs the Andretti Autosport racing team. Michael’s son, Marco, currently drives in the IndyCar racing series. 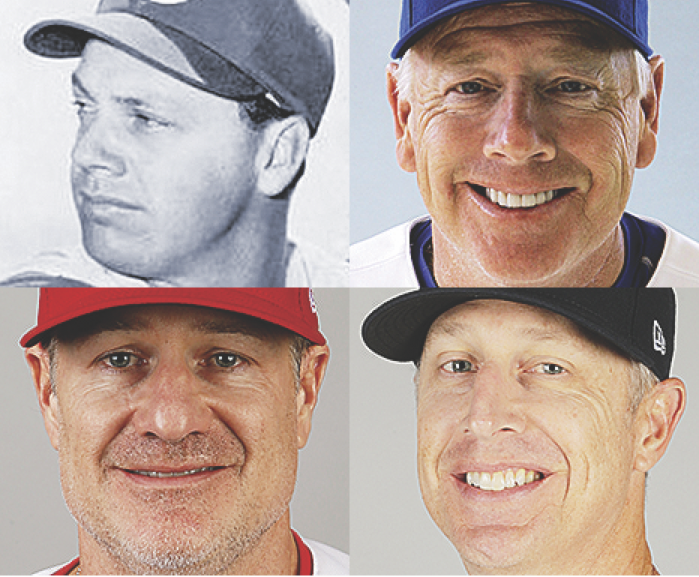 Father: Gus played 15 seasons in the major leagues and was a 4-time All Star. Sons: Buddy played for 18 seasons, went to the All Star game 5 times and won 6 gold glove awards. Buddy’s son, David, played MLB ball for 12 seasons and is now manager of the Reds. Buddy’s other son, Mike, is a coach for the Twins. 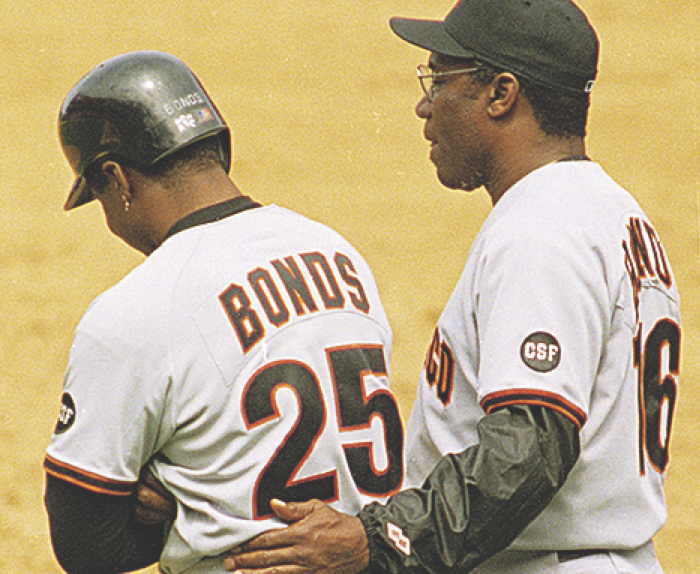 Father: A 3-time All-Star, Bobby was the second player in MLB history to hit 300 home runs and steal 300 bases in his career. Son: Barry was named National League MVP 7 times, to the All-Star team 14 times, won the Gold Glove 8 times and is the all-time career home run champion with 762. 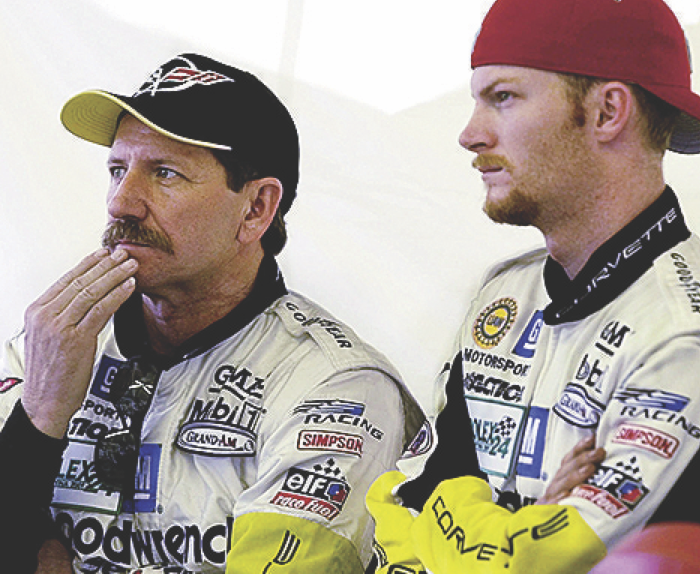 Father: Dale Earnhardt was a seven-time NASCAR points champion who was killed in a three-car crash in the final lap of the 2000 Daytona 500. Son: Dale Jr. won 30 races over 18 years – including two Daytona 500s – retired from full-time driving in 2017 and, as a car owner, has won five NASCAR Xfinity Series titles. 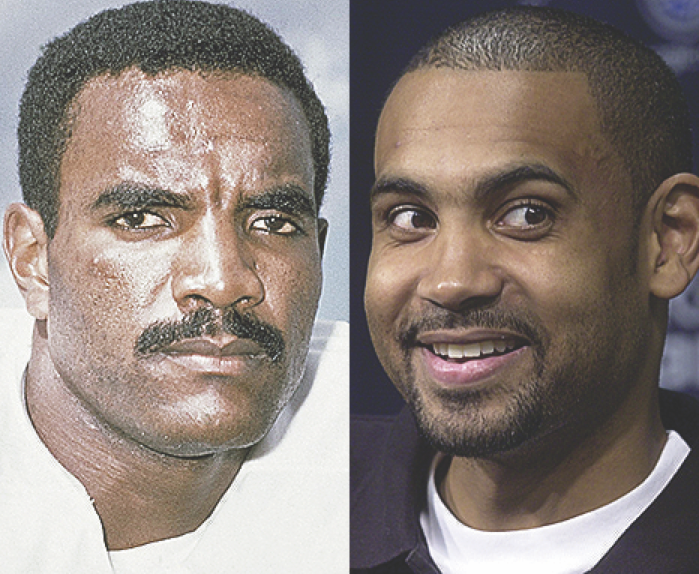 Father: Calvin spent 12 seasons as a running back in the NFL and was named to the Pro Bowl four times. Son: Grant helped win two NCAA basketball titles at Duke University and then played 19 years in the NBA and was named to the NBA All-Star team 7 times. He’s now a part-owner of the Atlanta Hawks. 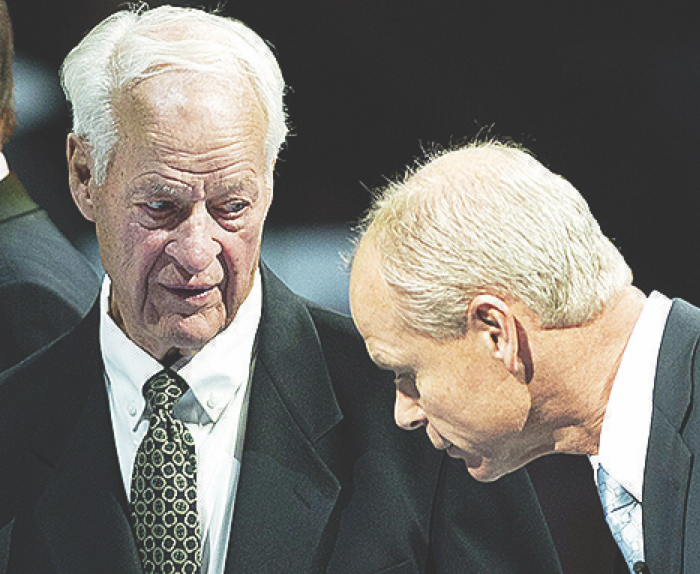 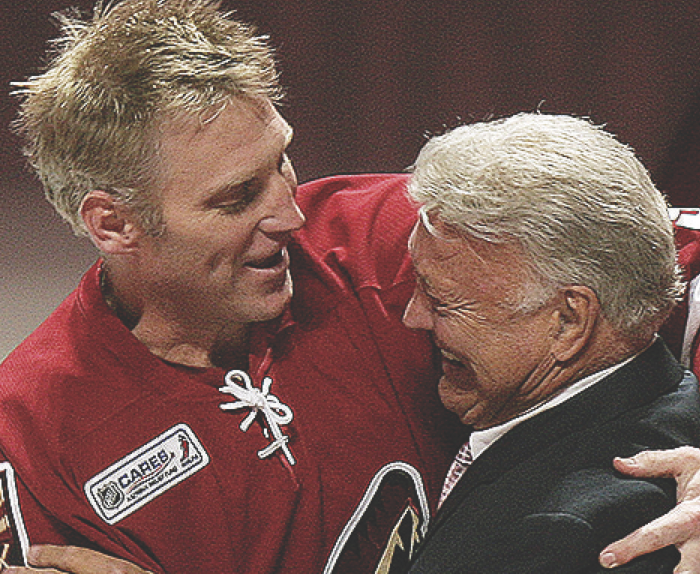 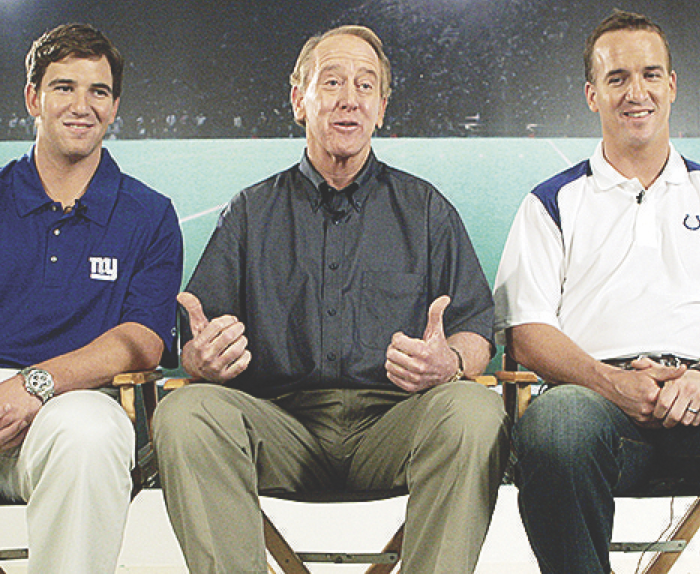 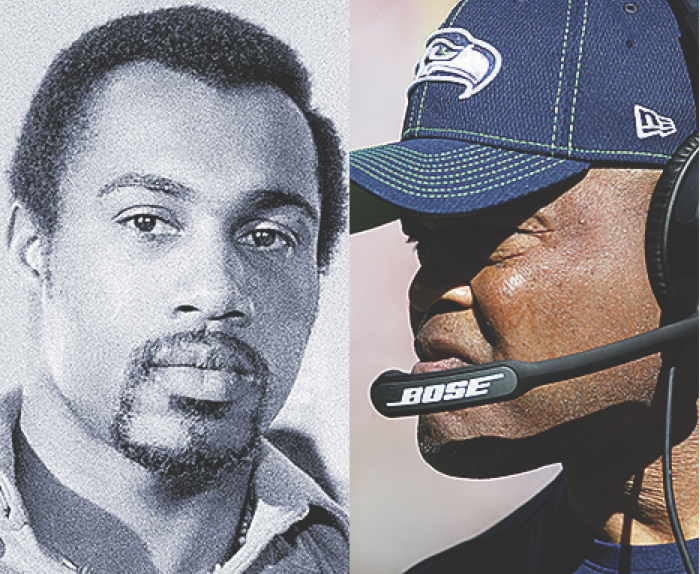 Father: Ken was a heavyweight boxer who was best known for breaking Muhammad Ali’s jaw in Ali’s second professional loss in 1973. Son: Ken Jr. became the first player in NFL history to win a Super Bowl ring in three consecutive seasons. After 13 seasons playing, he’s now a coach with the Seattle Seahawks. 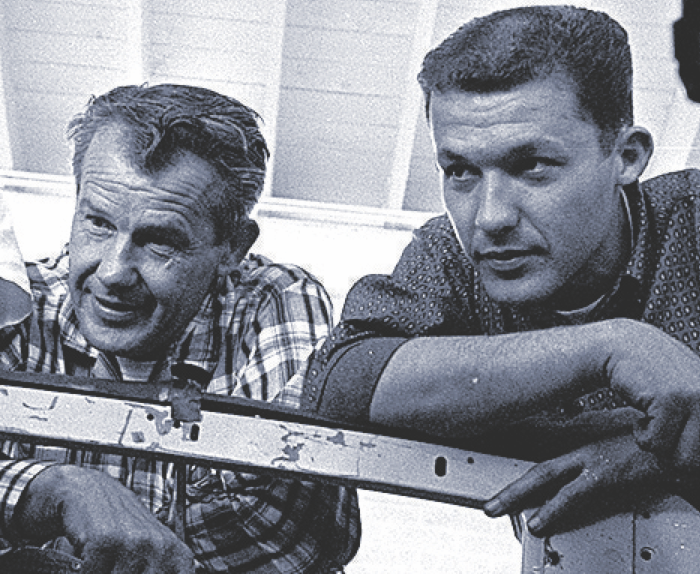 Father: Lee was one of NASCAR’s first big stars, winning 3 NASCAR points championships and the first Daytona 500. Son: Richard won 200 races and 7 NASCAR titles over 35 years. Richard’s son, Kyle, won 8 races in 30 years before retiring to become a broadcaster. Kyle’s son, Adam, was killed in a crash in 2000. 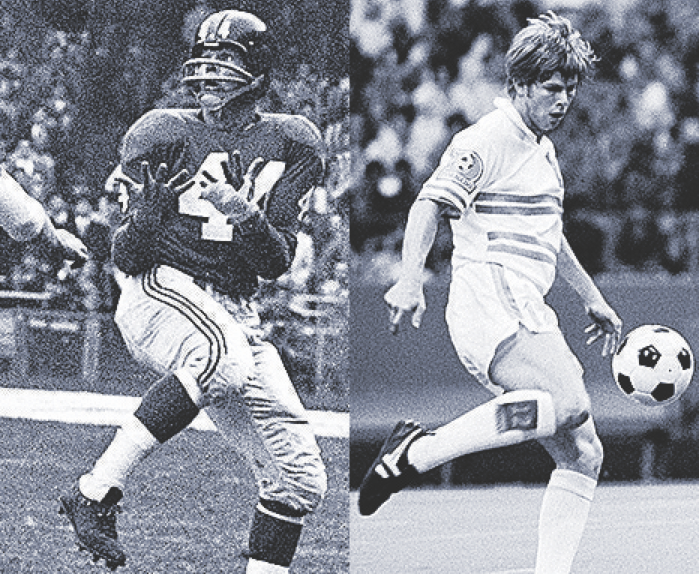 Father: Kyle spent 11 seasons as a running back and receiver for the New York Giants. After he retired, he became a coach and then a radio broadcaster. Son: Kyle Jr. spent 7 seasons in the North American Soccer League, earning five caps with the U.S. national team. He was named to the Soccer Hall of Fame in 2009.