Joel Ayayi had 21 points and seven rebounds to lead the No. 1 Gonzaga Bulldogs past the No. 11 West Virginia Mountaineers 87-82 Wednesday night in Indianapolis.

Corey Kispert and Andrew Nembhard each had 19 points to boost GU, which powered through a slow-start from top scorer Drew Timme, a first-half injury to point guard Jalen Suggs and a physical West Virginia frontline.

Timme finished with 17 points after scoring just three points on 1-of-9 shooting in the first half.

Suggs, the Bulldogs star freshman, left the game midway through the first half after hurting his lower left leg. Gonzaga (3-0) led 20-19 at that point.

The Mountaineers (3-1) went on a run after Suggs exited and took their largest lead, 33-24, before the Zags rallied back behind 3s from Nembhard and Kispert.

Culver paced WVU with 18 points and 15 rebounds. Tshiebwe had 14 points and nine rebounds, but fouled out with 7:30 left. Osabuohien also fouled out after scoring 10 points.

Timme and forward Anton Watson fouled out for Gonzaga. There were 48 fouls called in the game. West Virginia went 27 of 33 from the free-throw line, Gonzaga shot 15 of 21.

The Zags trailed 45-42 when Suggs checked back in with just under 16 minutes to play. They went on a 7-0 run taking the lead on a Timme basket off an assist from Suggs.

Gonzaga took the lead for good with just over six minutes to play when Watson found Timme in transition for a layup that put GU up 69-67.

The Zags showed their speed in transition, racking up 25 fast-break points. West Virginia had just four.

Nembhard filled in at the point for Gonzaga after Suggs left the game. The transfer from Florida added six assists and five rebounds in a team-high 35 minutes. 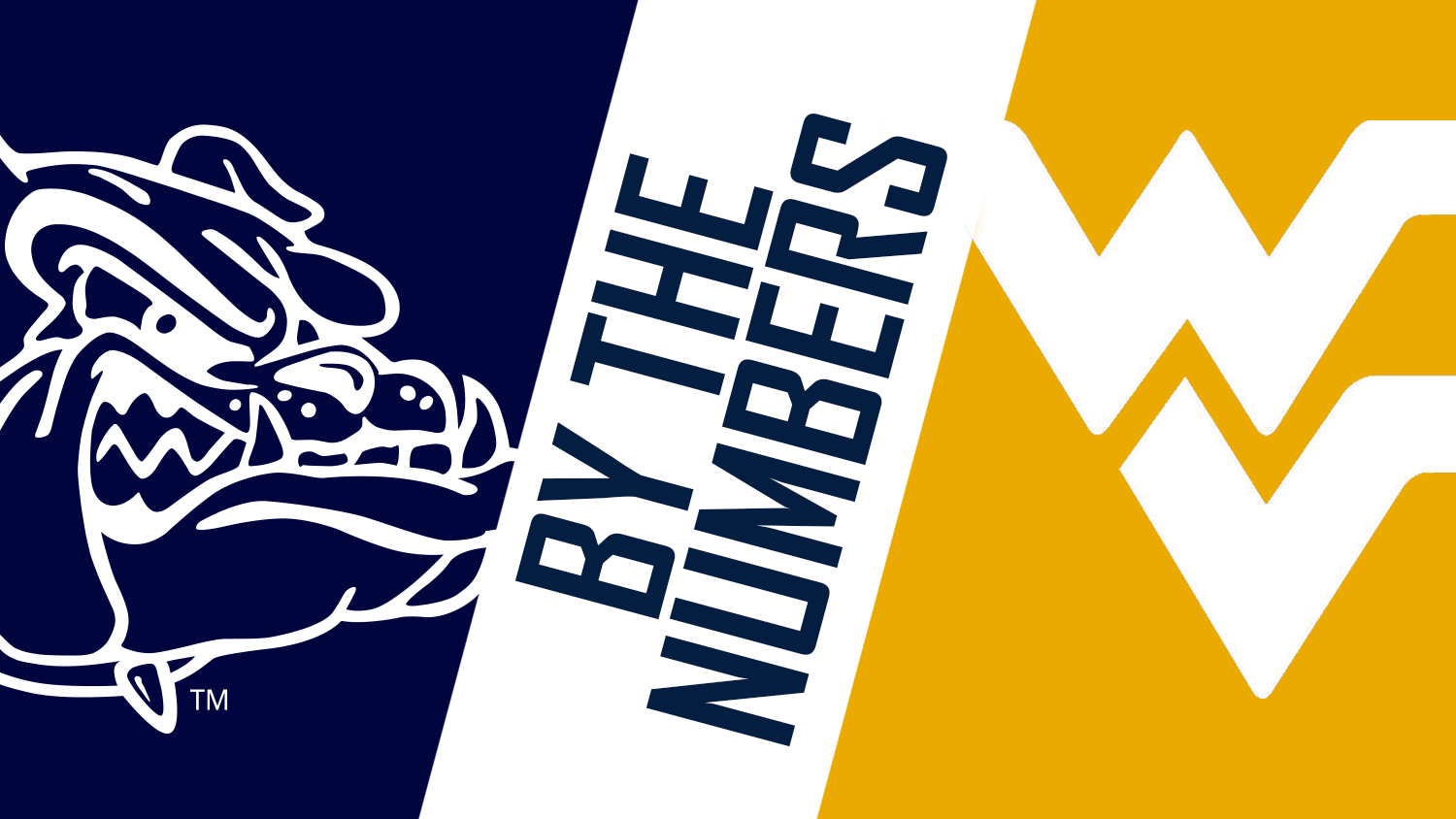 Gonzaga’s hard-fought 87-82 victory over No. 11 West Virginia in the Jimmy V Classic may have lacked style points Wednesday at Bankers Life Fieldhouse in Indianapolis, but it was every bit as impressive as last week’s wins over No. 6 Kansas and Auburn. | Read more »

You may have heard. Gonzaga’s got guys | Read more »

If you believe college basketball, circa, 2020, is basically an emotion-filled TV show, top-ranked Gonzaga’s 87-82 win over West Virginia should help cement that conviction. | Read more »

15:00 – West Virginia 9, Gonzaga 6: Slow start for the Zags as they missed their first four shots of the game.

WVU has attempted four more shots than the Zags, with the difference in score being a 3-pointer by guard Miles McBride.

WVU guard Miles McBride leads all scores with six points on two 3-pointers. West Virginia is 6 of 17 from the field.

Gonzaga’s Corey Kispert scored his first points of the game with a transition 3. Jalen Suggs leads Gonzaga with four points and three rebounds.

Gonzaga has turned up the intensity on defense, mixing in a 1-2-2 3/4-court trap in with its half-court man-to-man to force four turnovers and hold the Mountaineers scoreless over the last 3:45.

Corey Kispert has six points to lead the Zags.

3:31 – West Virginia 33, Gonzaga 24: Terrible moment for Gonzaga as freshman point guard Jalen Suggs has to be helped off the court after suffering a lower left leg injury.

Suggs was driving towards the basket and when he went to stop his feet slipped out from under him and he immediately grabbed at the back of his left leg. He appeared to be in pain as the medical staff tended to him.

Here’s the video of Suggs’ injury. Unfortunately, it is the story of the first half. pic.twitter.com/is2qRW73DU

More of Suggs walking here. Sideline reporter Holly Rowe said that teams have full access to imaging equipment. But, MRI’s are not necessary to show a ruptured achilles. pic.twitter.com/qVMk24FecY

West Virginia has surged back in front behind an 8-0 run as the Zags haven’t made a field goal in 2:22.

Gonzaga is shooting just 1 of 8 from 3-point range and 34% overall.

West Virginia 39, Gonzaga 34: Miles McBride and Oscar Tshiebwe each have 10 points to pace the Mountaineers, who lead the poor-shooting Bulldogs by five.

Gonzaga is shooting 37% and just 3 of 11 from 3-point range. Joel Ayayi leads the Zags with nine points. Corey Kispert and Andrew Nembhard have each added seven.

Forward Drew Timme, GU’s leading scorer coming into the game, is 1-of-9 shooting for three points. He also has two fouls.

The Mountaineers went on a run after Suggs exited and led 33-24 before the Zags started chipping away at the lead behind 3s from Nembhard and Kispert.

Suggs had passed to a teammate after driving the right side of the lane. His left foot skidded briefly on the court before gaining traction. | Read more »

Ayayi has 13 points to lead all scorers.

Already seven fouls called in the half – four on West Virginia, three on the Zags. WVU’s Oscar Tshiebwe, who has 10 points and nine rebounds, and GU’s Corey Kispert, seven points, picked up two quick fouls in the half. Both players, with three fouls each, were subbed out.

Suggs left the game in the first half with a lower leg injury.

Wow, Suggs checking back in, still has a limp but he’s on floor.

Suggs feeds Timme for layup, three-point play and GU back up 47-45

Gonzaga guard Jalen Suggs has one assist, one foul and a missed shot since checking back in the game.

Get yourself a big who runs the floor like @drewtimme2. Off of a made basket no less. pic.twitter.com/84YUdoNfV1

Foul trouble is haunting West Virginia as leading scorer Oscar Tshiebwe has fouled out. He finishes with 14 points and nine rebounds. WVU forwards Gabe Osabuohien and Derek Culver have four fouls each. Both teams are in the double bonus.

3:22 – Gonzaga 78, West Virginia 73: Joel Ayayi is making his mark doing the little things, producing a couple of offensive rebounds and a steal to help spark the Gonzaga offense.

Ayayi has 19 points on 9-of-14 shooting, six rebounds and four assists.

We were leaning toward the frontcourt tussle between West Virginia’s Derek Culver and Oscar Tshiebwe against Gonzaga’s Drew Timme, Anton Watson and Corey Kispert when he plays the ‘4,’ but we shifted gears to the backcourt. | Read more »

West Virginia coach Bob Huggins is one of the true characters in college basketball, not to mention a quality schedule-maker in a pinch. | Read more »

After another round of testing, Gonzaga arrives in Indianapolis for Wednesday’s game vs. West Virginia

Gonzaga, minus two players and three staff members still in quarantine in Florida, flew Monday by charter to Indianapolis for Wednesday’s game against No. 11 West Virginia in the Jimmy V Classic. | Read more »