A GRIP ON SPORTS • It is a year that calls for smart and nimble leadership at all levels. Which makes it a year in which the Pac-12 enters the sporting fray with one hand tied behind its back. Maybe even both.

• On an individual basis, you see strong and decisive leadership at many Pac-12 schools. Take Washington State for example. Athletic director Pat Chun, while not always as transparent as he should be, has quickly shown a decisiveness and willingness to pivot as 2020 demands. As have many of his conference brethren.

But at the top, where policy is made, that hasn’t been the case. We submit, as evidence, the facts in this column from the San Jose Mercury-News’ Jon Wilner. It’s a compare-and-contrast piece that equates the handling of the Pac-12’s championship game to that of every other Power 5 conference. As one might expect, the Pac-12 is the outlier. And not in a “what-great-outside-the-box-thinking” way.

Every other conference is giving its regular season champion the benefit of the doubt should any COVID-19 issues arise between now and the game. The Pac-12? It’s possible undefeated USC could be set to play Washington up until about 36 hours before game time. And then have to pivot to Oregon. It’s no wonder the Oregonian’s Jon Canzano labels this week’s schedule a money grab. The proof is out there.

It would serve the Pac-12 right if such a late pivot is necessary and it results in the Ducks upsetting USC. And would be even more of a black mark if that upset was only the first of many on championship weekend, resulting in the conference having cost an undefeated champion a path to the playoff.

• Washington State’s opponent Saturday is a perfect example of the conference not really looking at the reality of a situation and just following a predetermined path.

If the Pac-12’s only goal was to match teams in the quickest way possible, it succeeded.

The games seem to be a solid crossover between divisions. No. 1 is playing No. 1, No. 2 is going up against No. 2 and so on. Except when you get to Utah and Washington State.

That, however, must not have been it, because it is obvious the Pac-12 feels UCLA finished third in the South as it is hosting Stanford (3-2), the North’s third-place finisher. In fact, it’s hard to discern what the tiebreaker might have been.

By virtue of the tiebreakers, WSU finished ahead of Oregon State, as the teams have the same winning percentage (.333) but the Cougars won the head-to-head matchup.

So why is Washington State playing Utah and not UCLA? Who knows? The conference hasn’t explained the matchups. The only media release sent Sunday has no information on how the games were determined. Nor has there been any explanation about the sites either. As both teams seem to have finished fourth in their respective divisions, it would make sense for the Pac-12 to have some reason for allowing the Utes to host. But what could it be?

The game will be Utah’s third home contest out of five games – and the Cougars’ third road game out of four. That seems really fair. Sure, Utah was on the road last week (at Colorado) but Washington State didn’t get its second home game due to circumstances it could not control.

The only explanation that makes sense is the simplest. No one wants to be in Pullman on Dec. 19. You know, the weather and all.

Funny thing, though. According to the Weather Channel, Saturday’s forecast in Pullman calls for a high of 43 degrees. There is a chance of rain. In Salt Lake City? The high is expected to be 37. And there is a slight chance of showers. 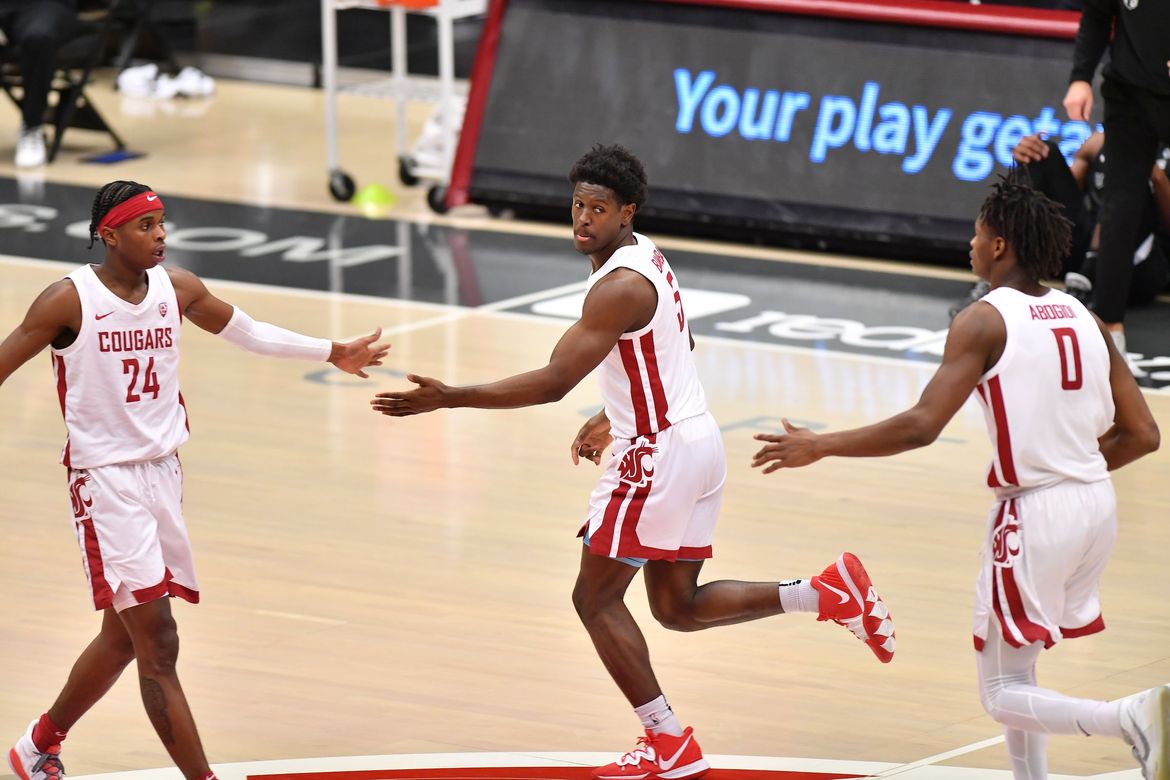 WSU: Theo Lawson has a story on Saturday’s football matchup as well as coverage of yesterday’s nonconference basketball game. In a change of strategy, the Cougars led most of the way and defeated Portland State, 69-60. … Gardner Minshew returned to the filed yesterday. That news is part of our look at the local NFL players. … Utah will be coming off its best half of football during this weird season. … Around the Pac-12 and college football, the polls are out. There wasn’t much change. … Will Washington be able to play Friday night? That is the question, isn’t it? What would the conference do if the Huskies were to have enough players Saturday but not Friday? We know, don’t we? With Fox in charge, the game would go on Friday, with Oregon playing. … The Ducks and Colorado are scheduled for the L.A. Coliseum on Saturday. Call it the emergency backup bowl or something. The Buffaloes have something to prove. … Oregon State is also coming off a loss, to Stanford, and will get another test in Arizona State. This will be the Beavers fifth game in Corvallis this season. … Stanford has decided its game at UCLA will be its last, win or lose. The Cardinal have been on the road for weeks due to Santa Clara County guidelines. … COVID-19 has already claimed one game. The matchup of California, which didn’t have enough players to play Saturday in Pullman, and Arizona, which has fired Kevin Sumlin, was called off Sunday afternoon. The cancellation allows the Wildcats to begin to winnow the list of potential head coaching candidates. … In basketball news, Oregon’s win over Washington on Saturday left an impression – or three. … California stunned USF with a buzzer-beating 3-point shot. … Arizona State did the same to host Grand Canyon. … USC didn’t play. The Trojans have shut it down due to COVID-19. … Arizona is riding a transfer’s energy. … Colorado will face Northern Colorado in its home opener. 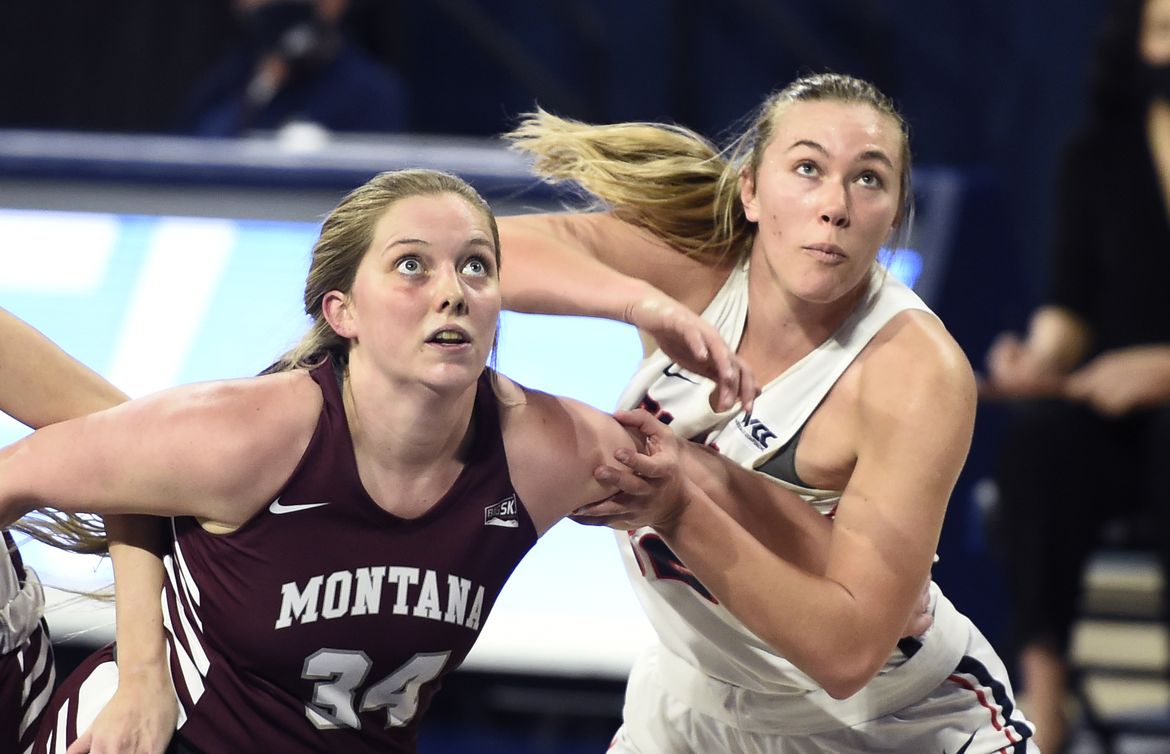 Gonzaga: The women played their only nonconference home game yesterday in front of 300 unusually subdued supporters. Wait, they were cardboard cutouts. That explains the subdued part. Though the fourth quarter wouldn’t have been something the Zags’ usual 6,000 fans would have liked. Jim Allen was in the Kennel and has this game story. … James Snook supplies the photo gallery. … Jim Meehan covered the Zag alums in the NBA on Sunday and follows up today with a look at the alumni playing oversees. 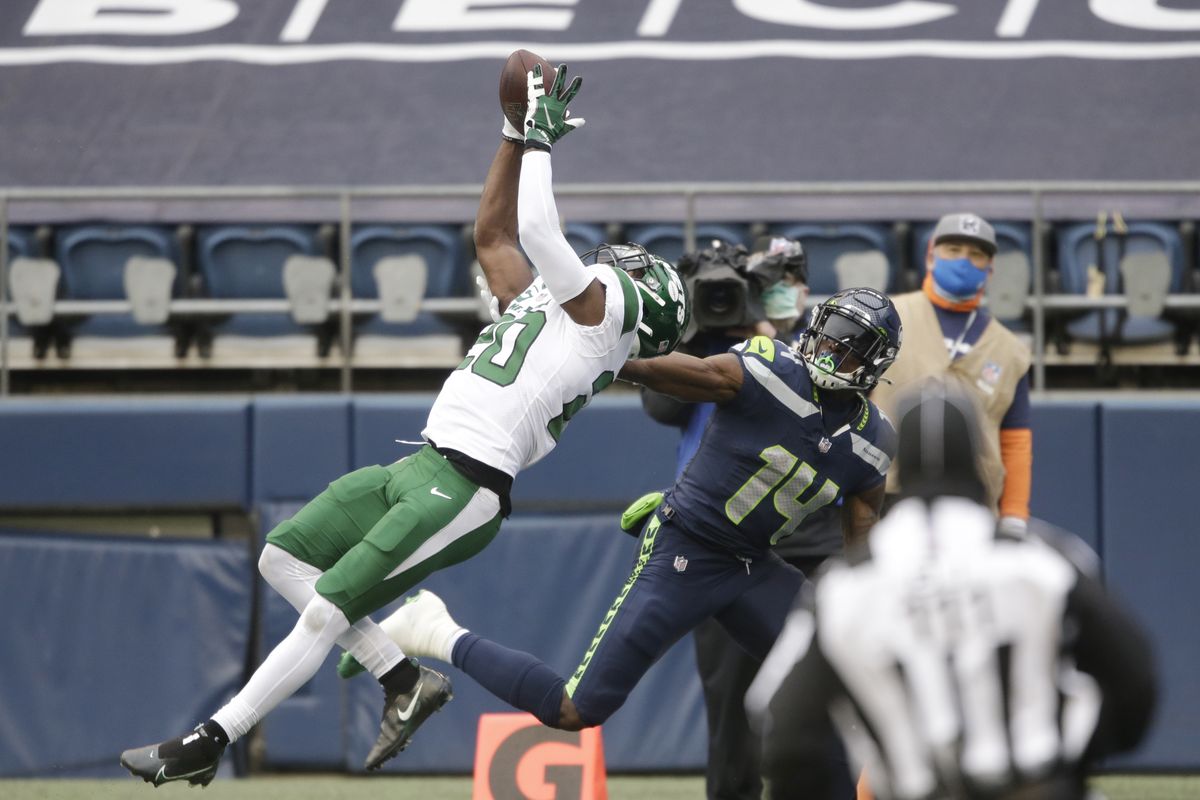 Seahawks: We usually delve into the Hawks’ Sunday game in great detail on Monday mornings but yesterday’s 40-3 win over the woeful Jets just seemed preordained. John Blanchette delves into what it meant to Seattle in this column. … That was Seahawk football as defined by Pete Carroll. … The winless Jets were just what the Seahawks needed. In double-digit ways. … Jamal Adams set an NFL record against his old team. … Russell Wilson also set a record that is team oriented. … DK Metcalf is a transcendent talent at times but has a bit of diva in him. … The defense has been playing better. … There are always grades.

Sounders: The MLS runners-up head into an offseason filled with numerous questions. … Considering what happened on and off the pitch, should the MLS have played at all?

• I tried to re-create the New York hot dog cart experience as best I could, down to dropping a bun on the floor. But my son pointed out one miss. I should have had cans of Fanta Grape and Orange available. That’s the type of detail true professional eaters notice. Until later …