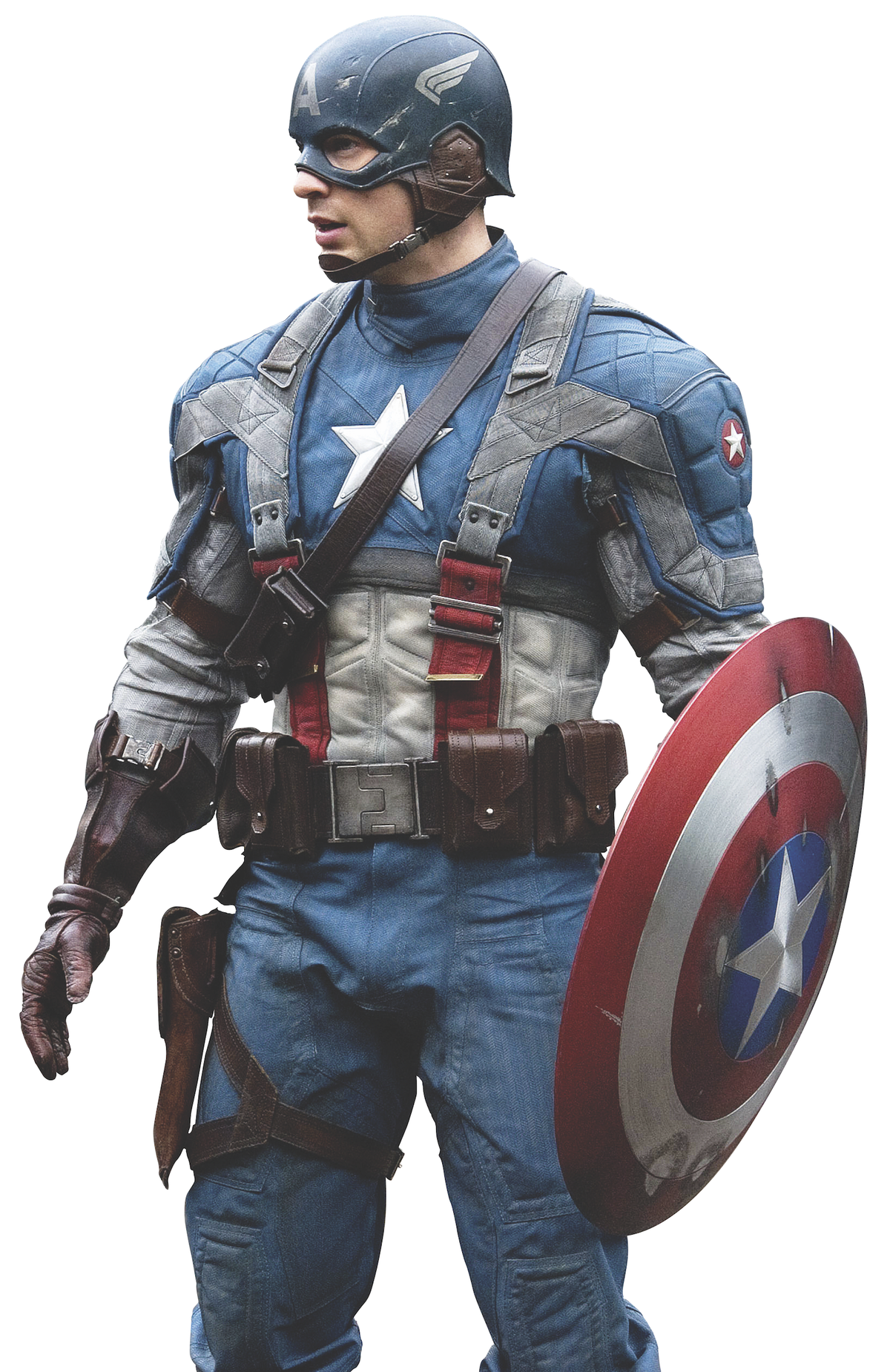 The iconic comic book hero Captain America first hit newsstands 80 years ago this month, in a book with the cover date of March 1941. Cap has starred in movies and serials, served as leader of the Marvel Comics superhero team the Avengers – and was frozen in a giant block of ice for a couple of decades. Here’s a look at the (fictional) life and times of Captain America, Steve Rogers.

Captain America was dreamed up by Joe Simon, a writer for Timely Comics. He originally called his creation “Super American” but then decided there were already too many “Super”-somethings out there in comic book land, thanks to the rush to duplicate the success of National Comics’ Superman.

Simon typically worked with staff artist Jack Kirby but was afraid of adding to Kirby’s already-heavy workload with a rush deadline for the first issue of the new book, so he enlisted two other artists to work on it. When Kirby found out, he was terribly upset. So Simon agreed to work with his pal instead.

Kirby drew the cover of “Captain America” No. 1 and all the inside Captain America pages for the first 10 issues until he and Simon left for National Comics. 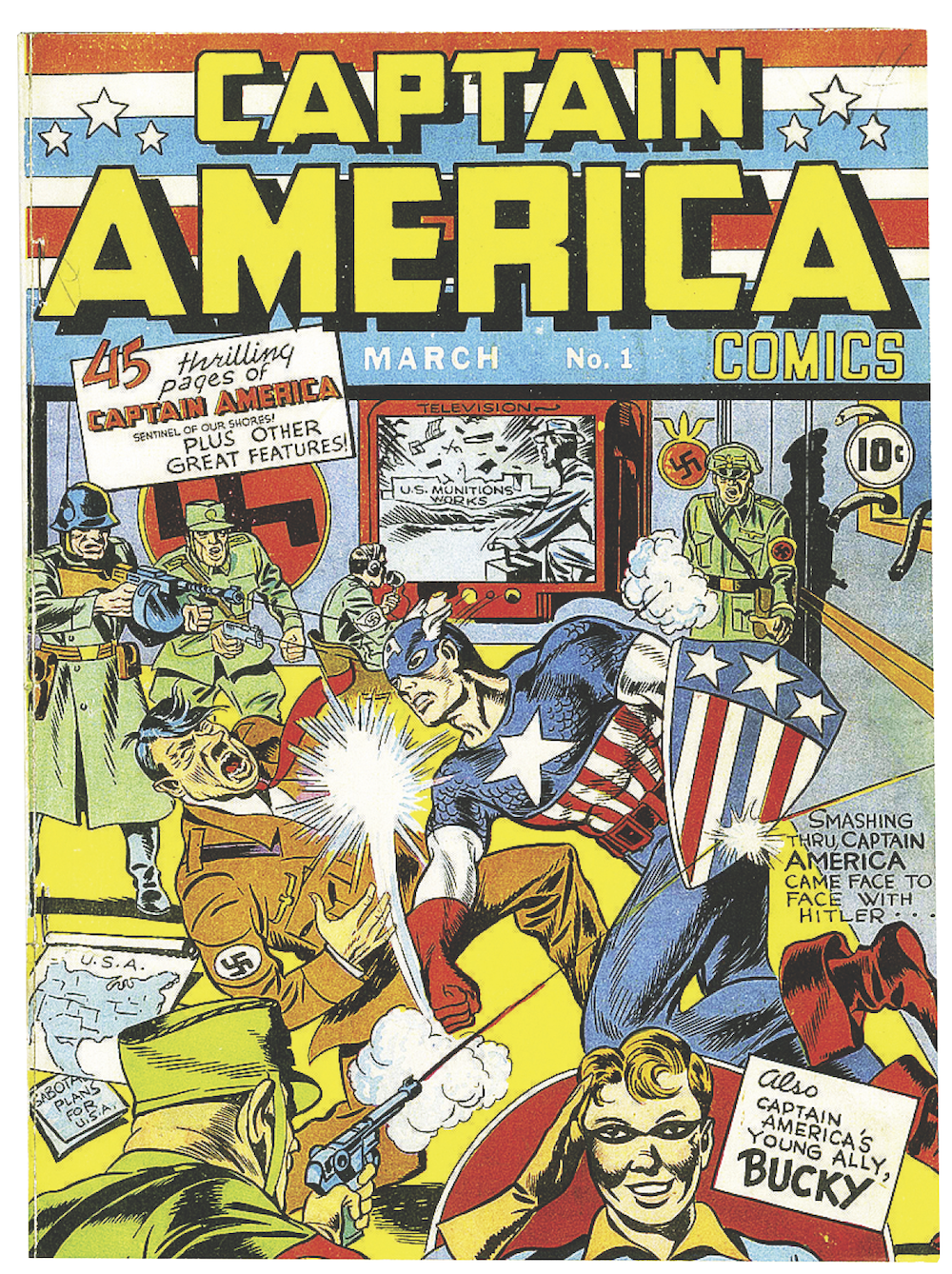 The book’s main character, Steve Rogers, is a small, sickly young man who doesn’t pass medical tests to volunteer for service in the Army. However, he then volunteers as the test subject for an experimental “super soldier” serum that gives him extraordinary strength and stamina. So he becomes the country’s No. 1 Nazi-smasher – never mind the fact that the U.S. wasn’t at war quite yet: Germany had started the war by attacking Poland in 1939, had defeated France in 1940 and was still conducting aerial attacks on Britain – “the Blitz” – when the comic came out.

Even after all that, however, the Nazi movement in Germany had a lot of American sympathizers in late 1940/early 1941. “Captain America” No. 1, featuring the good Cap knocking Adolf Hitler silly, generated hate mail and death threats for both Simon and Kirby. They both were compelled to hire personal security guards.

Another comic book trope of the time that Simon and Kirby made sure they included: A teen sidekick, Bucky Barnes. The folks over at National Comics had added Robin to their Batman books in April 1940 to great acclaim. Copycat work was a major way of life in the comic book business at the time.

Before long, “Captain America” was selling nearly a million books a month. He was so popular that the government asked Timely Comics to stop offering pin-on badges to members of the Captain America fan club: The metal was needed for the war effort.

But what does a “Nazi smasher” do when there are no more Nazis to fight? Circulation of the comic fell after the war ended. By late 1949, Cap’s book was canceled.

Timely Comics evolved into Atlas Comics and focused on romance books for a while. In 1961, Atlas became Marvel Comics and in 1963, Marvel editor Stan Lee reintroduced Captain America to readers: In the closing days of the war, Cap had heroically crashed in the Arctic and been frozen for years. He was found, thawed out and he joined the Avengers.

By that time, Jack Kirby had made his way back to Marvel Comics. He updated Cap’s look just a bit, showing off more of what would become known as Kirby’s distinctive, dynamic way of drawing comic art.

Like most comic book superheroes of the day, Captain America had his ups and downs. He morphed from being a “Nazi smasher” into a “Commie smasher.” Marvel writers used Rogers’ new man-out-of-his-time background to comment on social issues of the day and to gain dramatic sympathy for a character who would always be a loner.

In the wake of the Watergate scandal in the early 1970s, writers had a disillusioned Rogers abandon his Captain American identity for a while and fight crime as “the Nomad” – the man without a country. 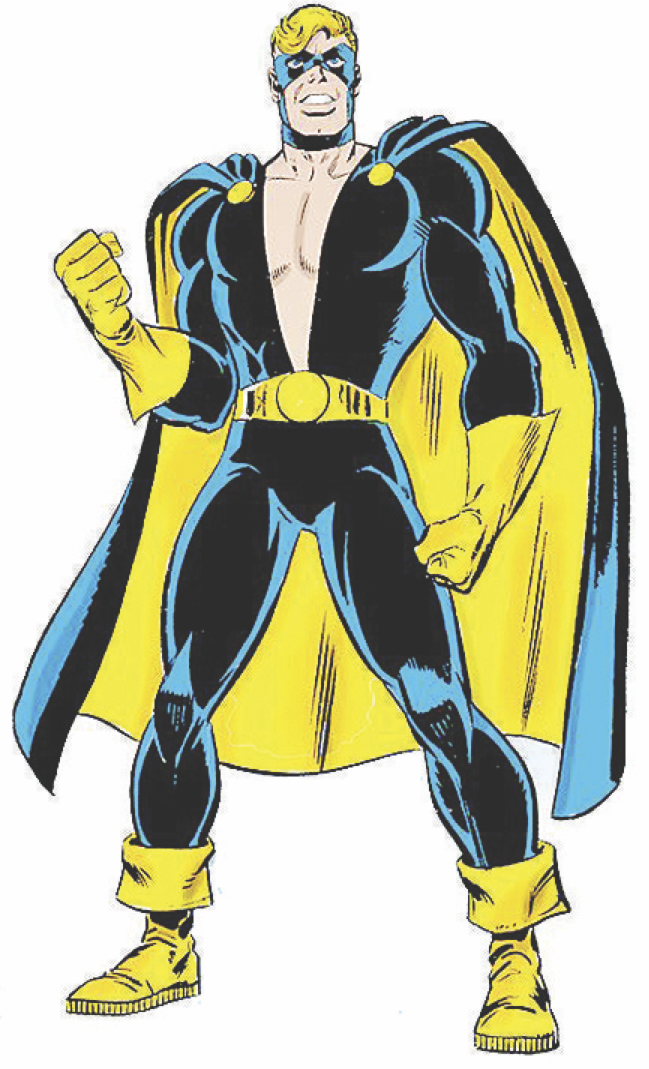 Cap would team up again with his former teen sidekick, Bucky. He would lose his super-soldier powers and regain them. He would discard his identity a few more times – and sometimes, the government would step up with someone to replace Rogers as Captain America.

And he would die. Several times. Most spectacularly, Rogers would be gunned down by a sniper while entering a courthouse during the epic “Civil War” comic book storyline in 2007. But he would always come back to life somehow.

The captain in the movies

Cap starred in his first movie serial in 1944 – just four years after he was created. In the 1960s, he was one of several Marvel characters featured in Saturday morning animated shorts. 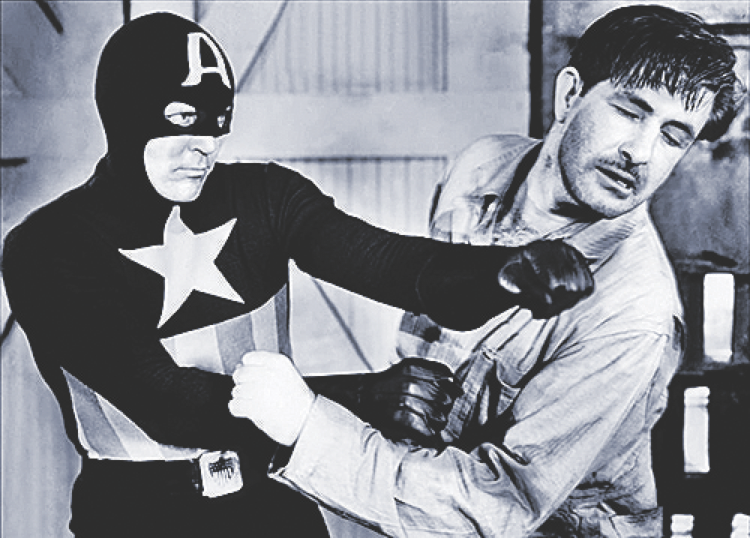 In 1990, a low-budget film was released starring Matt Salinger – son of famed author J.D. Salinger – as the Captain. How low-budget was it? Check out his fake plastic ear. 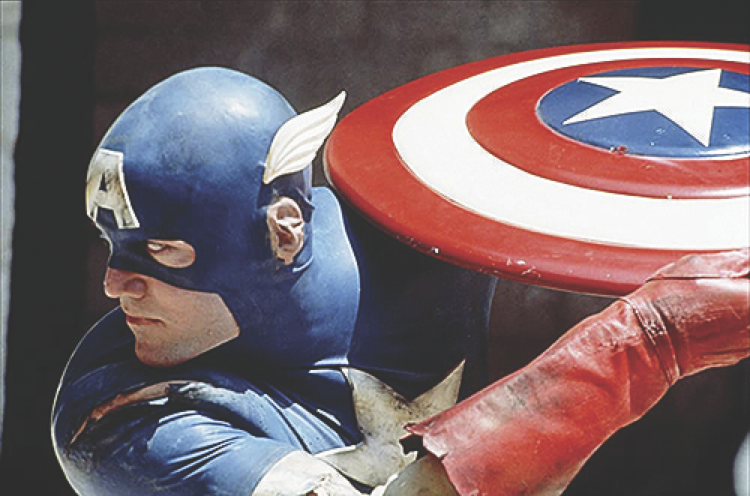 It wasn’t until the launch of what’s now called the Marvel Cinematic Universe in 2008 that the folks at Marvel – which had been purchased by Disney – got serious about putting its super- heroes on the big screen. 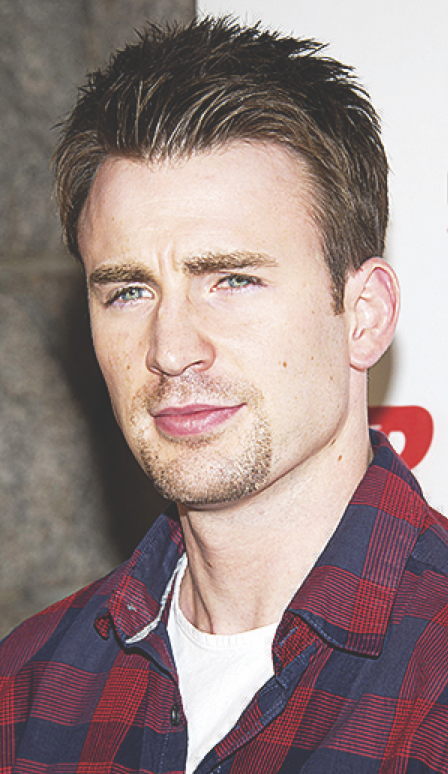 Chris Evans, who had played the Human Torch in two “Fantastic 4” movies, played Steve Rogers in “Captain America: The First Avenger” in 2011 and would go on to star in seven more Marvel films.

In the 2019 film “Avengers: Endgame,” an elderly, time- traveling Steve Rogers hands off the mantle of Captain America to his pal Sam Wilson, the Falcon.