A GRIP ON SPORTS • We realized last night, it’s been since February that we’ve been in an elevator with someone else. Or since Gonzaga had played a home men’s basketball game. One of those streaks ended Monday. Though another streak continued south of Spokane.

• Really, though, was last night’s romp over Northwestern State really a “home game” for the Bulldogs? None of what makes McCarthey special, other than GU wearing white uniforms – and that’s a hit-and-miss proposition in these modern times – was on display. No blasé season-ticket holders. No Kennel Club hijinks. No shaking. No “Zombie Nation” hum-alongs. Heck, even the broadcast crew was different for those of us who watch at home. 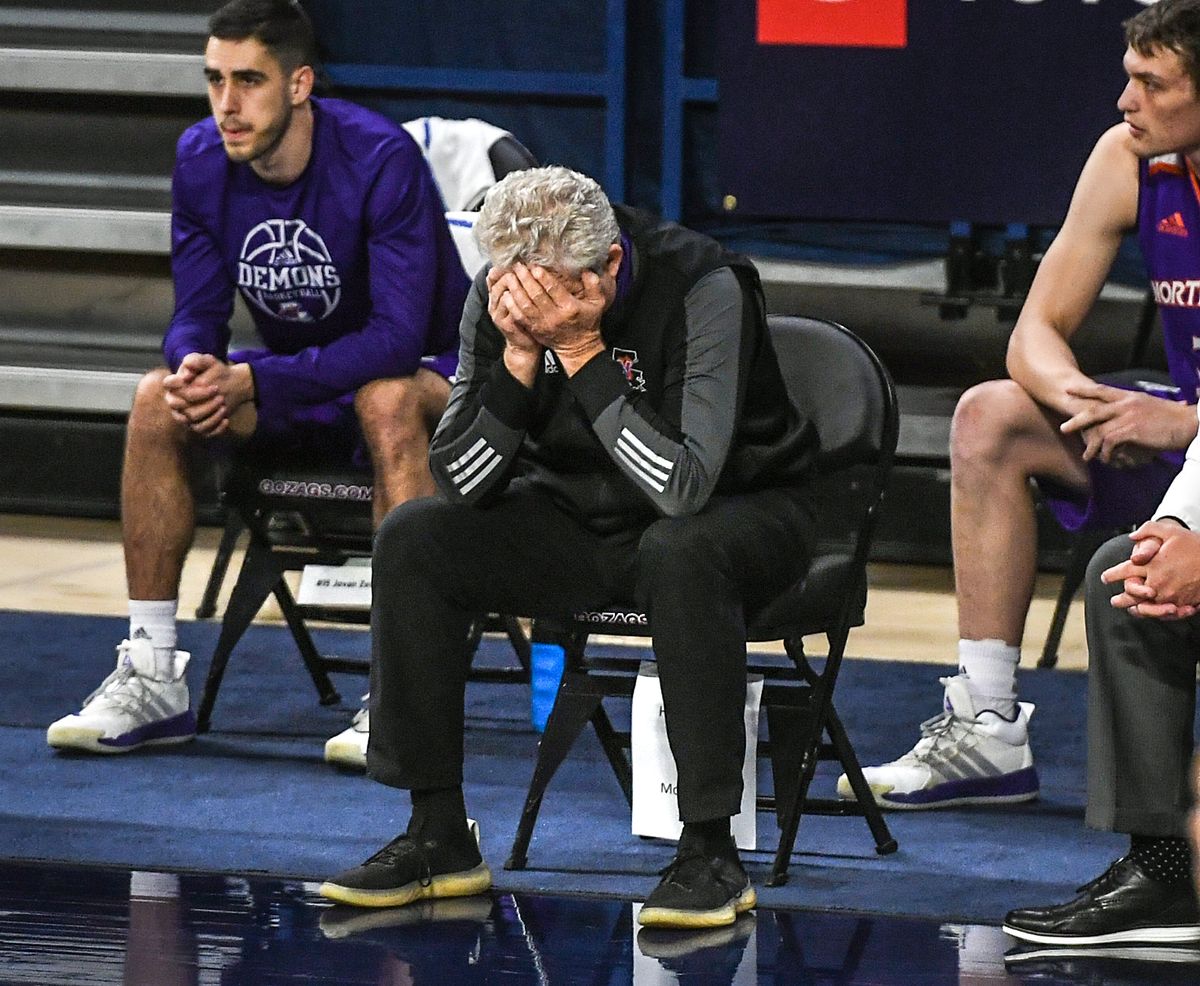 The only normal thing was an overmatched opponent getting run in the second half.

And even that will get turned on its head tonight when the Zags and Demons meet again (same Bat time, same Bat station for those of you in your 60s) in a very-2020 scheduling situation. Tests passed, let’s play twice.

Northwestern State is 1-8, probably about to be 1-10 in a couple days, as after tonight’s game with the top-ranked Bulldogs, the Demons will venture down U.S. Highway 95 to face undefeated Washington State at 2 p.m. on Wednesday.

The Cougars are a revelation. Yes, they have yet to play a road game – their Pac-12 road opener at Colorado 17 days ago was canceled due to COVID-19 issues. And yes, their schedule hasn’t been all that challenging – the best team they were scheduled to play was Colorado, Oregon State, their lone conference win, is the Pac-12’s least accomplished group and Eastern Washington came in with just five scholarship players available.

No matter. You play the schedule you have. And Washington State has done that, winning each game. Some were tight. Recently that’s changed. But after Northwestern State’s visit – the Demons will be playing their fifth game in six days, all on the road – the WSU schedule gets tougher.

After a Christmas break, the Cougars return to action New Year’s Eve, hosting Arizona State. Then Arizona is in town Jan. 2. Both will be more talented than any previous opponent.

By Jan. 3, we should know a lot more about Kyle Smith’s team. 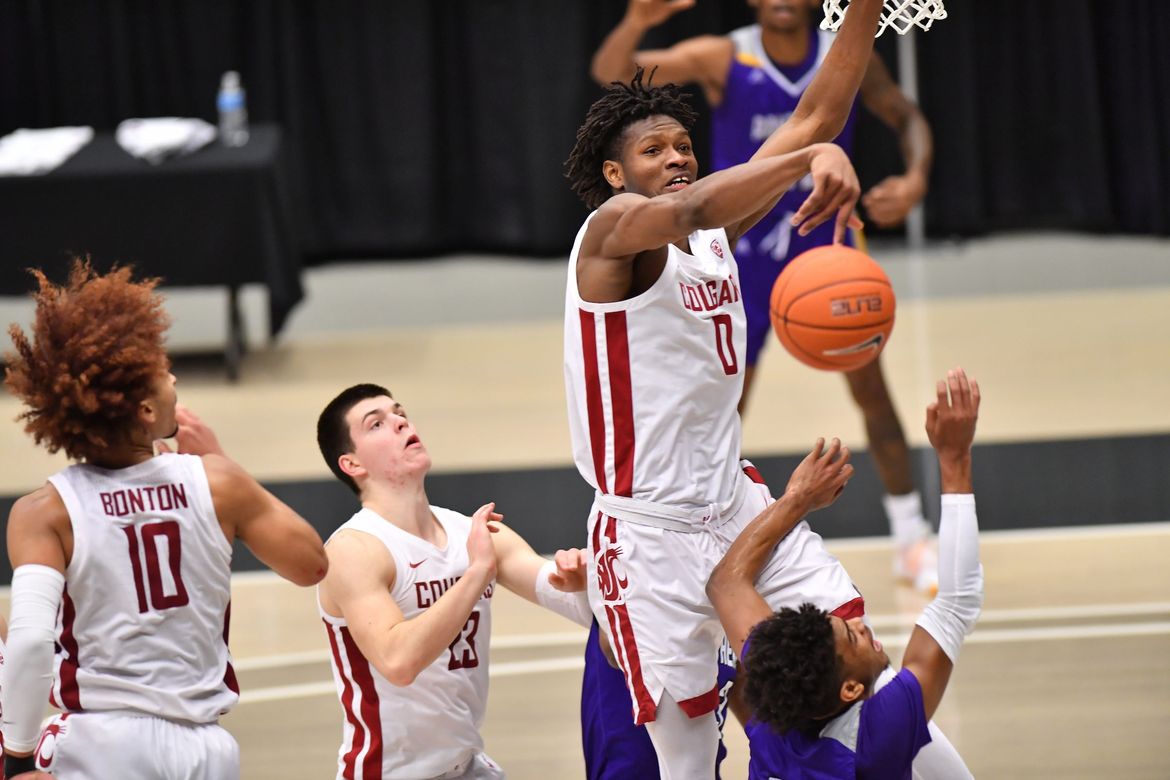 WSU: Yes, the Cougars are 7-0. More importantly, they have won their last two games easily. Last night they polished off Prairie View A&M 90-62 behind a double-double from freshman Efe Abogidi. Theo Lawson has the game coverage. … The women played Oregon earlier in the day on Friel Court and gave the eighth-ranked Ducks everything they could handle, before dropping a 69-65 decision. … Punter Oscar Draguicevich III will not be punting for Washington State next season. He announced yesterday he’s going to enter the NFL draft, hoping to be one of those rare punters selected. Theo has more in this story. … Around the Pac-12 and college football, if you read this interview with Colorado athletic director Rick George and don’t have empathy for the Buffs, that’s on you. Then again, George doesn’t want it. I’m guessing, however, he would welcome some new leadership in San Francisco. … It’s awards season. Yep, the holidays are that time of year. … Colorado coach Karl Dorrell might be the nation’s coach of the year. … Washington still had some big moments in its short season. … The Ducks want quarterback Tyler Shough to play with confidence. If that’s the case, then why did Oregon play backup Anthony Brown so much against USC? … Oregon State’s season was better than its record. … Despite a 5-1 record, USC coach Clay Helton is not assured of coming back. His seat is that hot. … By the way, Chip Kelly seems to be dealing with some heat at UCLA, though his quarterback will return. … Arizona State is losing its best receiver to the NFL. … A former Arizona player wants to be head coach. There are other frontrunners, though, including someone who will be in town soon. … In basketball news, there are going to be some roster issues for every team in the nation at the end of the season. … A freshman may enter UCLA early. … Arizona hosts Montana as it tries to refill its schedule. … Colorado has more depth than it thought. … Oregon State’s coaches use statistics to cement in-game thoughts. … Can Washington save its season? 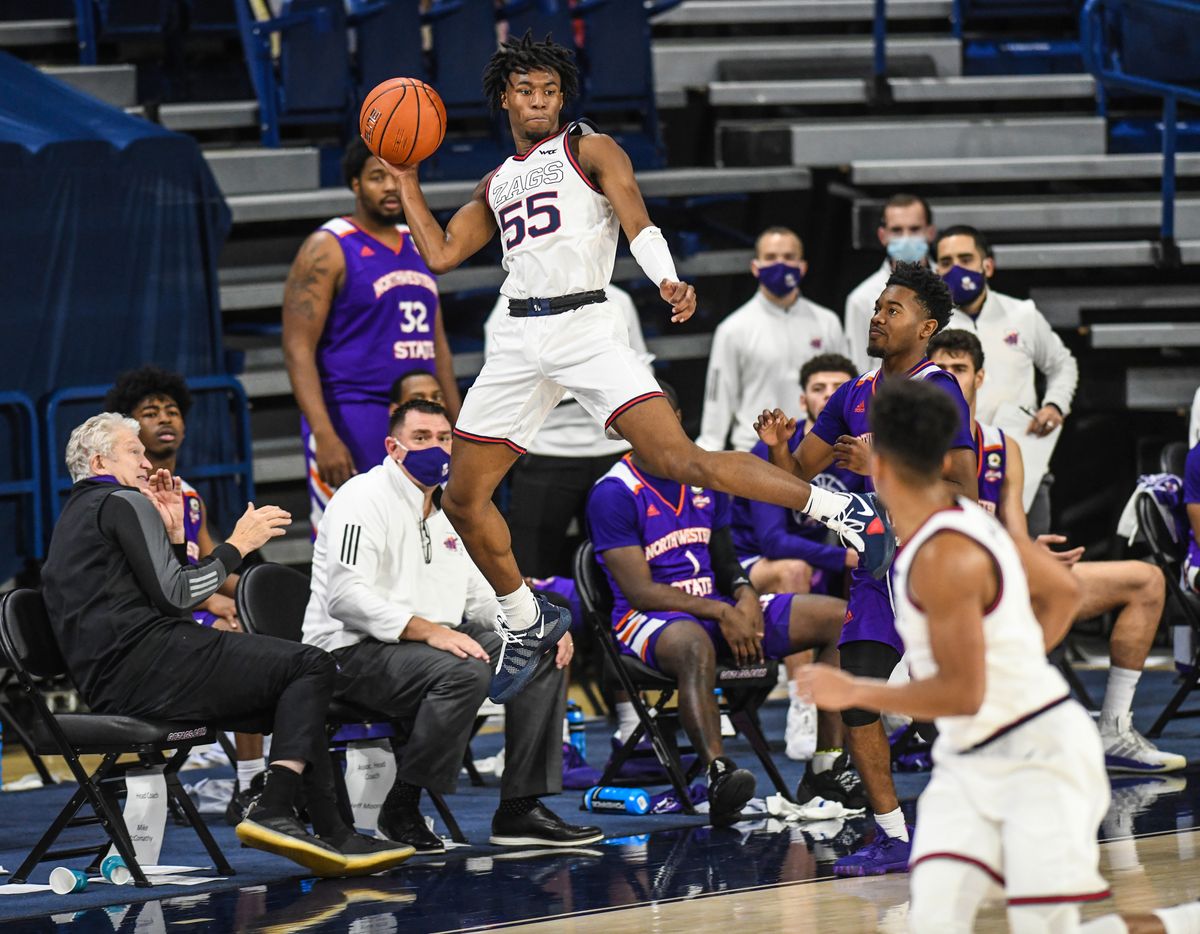 Gonzaga: As we mentioned in our TV Take, the Bulldogs sported a new set of uniforms last night, though the look was a retro-design. And the opponent harkened back to the scheduling days of old. Jim Meehan has the game analysis from the blowout win (if you care, top-ranked GU covered as a 36.5-point favorite). … One big reason was the play of Corey Kispert, the first name mentioned in Jim’s difference makers. … John Blanchette’s column wasn’t about the game as much as it was about the Zags’ place in the NCAA hierarchy. … Jim tells us Jalen Suggs was not only the WCC freshman of the week, he was also the conference’s player of the week. … We can also pass along the recap with highlights and Dan Pelle’s complete photo gallery. … The women finished up their two-game visit to Las Vegas with an easy 87-57 win over North Alabama. Jim Allen has the coverage. (No, he wasn’t there, betting on red and doubling-down on 11; he covered from Spokane.) … Jim also has a story on their rise to No. 23 in the latest AP poll. … Elsewhere in the WCC, BYU rolled over overmatched Texas Southern, giving the Cougars a heck of a week. … Portland is struggling to even get on the practice court, let alone play. 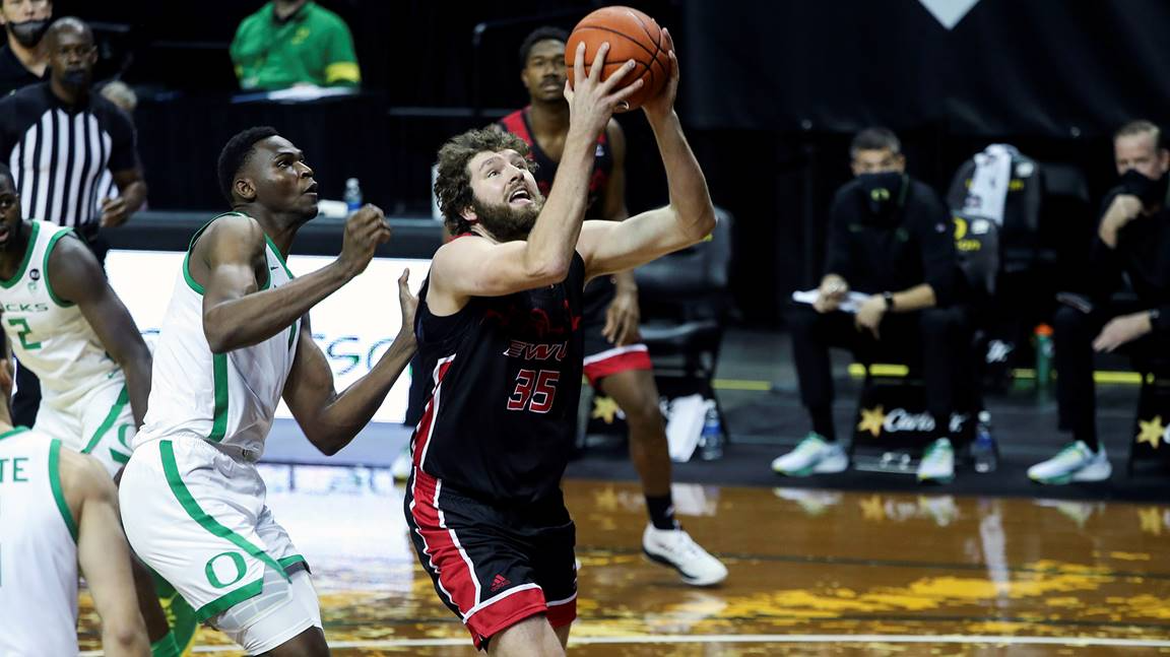 EWU: Tanner Groves, who starred at Shadle Park High, picked up his first Big Sky Conference player of the week award. Ryan Collingwood has that covered. … Around the Big Sky, Northern Arizona lost at Texas State. … Montana will be looking to upset Arizona.

Seahawks: The Pro Bowl selections came out and the Hawks tied a team record with seven players. But Michael Dickson, the NFL’s best punter, was not among them. … Russell Wilson was sacked six times by the Rams in the 23-16 loss. In his last two games he has not been sacked. What changed? … Josh Gordon is back at practice and could play against Los Angeles. … The defense is finally really playing and part of that comes up front. … If you had questions, here are some answers.

• In a rarity in college hoops, Gonzaga will play the same nonconference opponent at home on back-to-back nights. All we can say is 2020, man. Also we won’t be doing a TV Take. Already had something planned for tonight before the late addition. As a heads up, we will also be taking a day or two off during the holidays. To be honest, we need to recharge a little. The four walls seem to be closing in some. I have to fight the urge every day to not go all crazy about something stupid someone in a position of authority has done. Other than when it concerns Larry Scott, I’ve been able to suppress it thus far. Until later …