A GRIP ON SPORTS • A busy week for the nation’s top-ranked basketball team began with a surprise and an easy win. Seems about right for the last few days of 2020.

• Just before game time, Gonzaga announced star freshman guard Jalen Suggs would not be playing against visiting Northern Arizona. That fact was obvious to anyone in the McCarthey Athletic Center, as Suggs watched the rest of his teammates warm up. 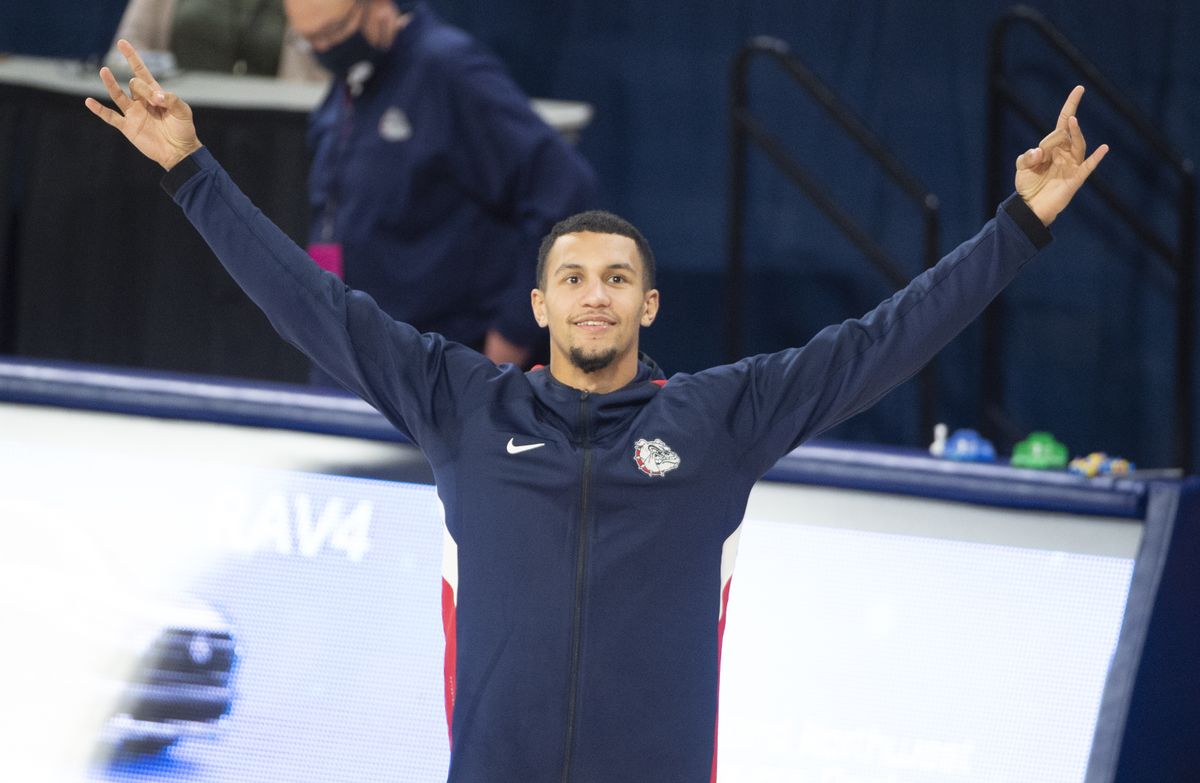 The reason given was an undisclosed right leg injury suffered against Virginia, an injury that didn’t knock him out of the game. After Monday’s contest, Mark Few elaborated a bit, saying the precautionary decision was made after the leg bothered Suggs on the flight home and over the weekend.

It probably wasn’t a hard decision to make. Not with last night’s opponent struggling. The Zag starters probably weren’t going to play extended minutes anyway. And they didn’t, even with Suggs unavailable.

The 88-58 victory illustrated a couple of major points.

The 8-0 Zags are as good as advertised, though to reach their potential their frontcourt has to continue to improve. And the freshmen, other than Suggs, have a long way to go, especially on the defensive end.

Which is exactly why such games, including tonight’s with Dixie State, are on the nonconference schedule.

Anton Watson has elevated his play in the past week, showing more comfort with his role within the Zag top eight. That’s good. Oumar Ballo also needs to become more comfortable and confident, as the 7-foot redshirt freshman may be crucial in some odd NCAA tourney game in which foul trouble strikes out of the blue.

But the main lesson from Monday is Dominick Harris, for all his skills, is a long ways from being ready to step in and play major minutes. The guard’s offensive comfort level actually improved during the game, as he went from being hell bent on taking the ball to the rim no matter what was in his way, to slowing down and beginning to do what great Zag guards do, take what’s given. That’s a huge plus.

On the other end, though, he spent most of his 16 minutes reaching, getting out of balance and watching NAU’s experienced guards take advantage. It too often resulted in cheap fouls and/or easy baskets. That will change. It has to, actually, if he is to play more.

In other words, Few got exactly what he wanted out of the night – other than maybe the second-half technical.

• Wonder why gamblers are willing to do just about anything for inside information? Gonzaga’s 30-point win last night explains it.

The Zags were around 40-point favorites at the legal (and illegal) sports books throughout the nation (and offshore). They didn’t cover. Could Suggs’ absence have played into that? Sure it did.

Is there anyone out there that doesn’t believe he’s worth at least 10 points to the GU attack? Armed with the knowledge he wasn’t going to play, picking the Lumberjacks to cover the spread would have been less of a gamble. Such information is worth a lot.

Which underscores the need for the NCAA to mandate injury reporting. Legalized gambling is proliferating in this nation and will only continue to grow. The pressure on college athletes to share what seems to be innocuous information will grow as well. But coaches in all sports, especially football, are too worried about some sort of competitive advantage, so they resist change, wanting the ability to keep such information “secret.”

The reality is it is never secret. Not widely known, maybe, but if teammates know, others know. It is just the way it is. And gamblers will pay for that information, even though that often violates federal and state laws. Why not eliminate the temptation?

Some day it will happen. It has to. But for now, the powers that be stick their heads in the sand and pretend it’s not their concern. And the only people who prosper are those who are willing to cheat to get what they want. 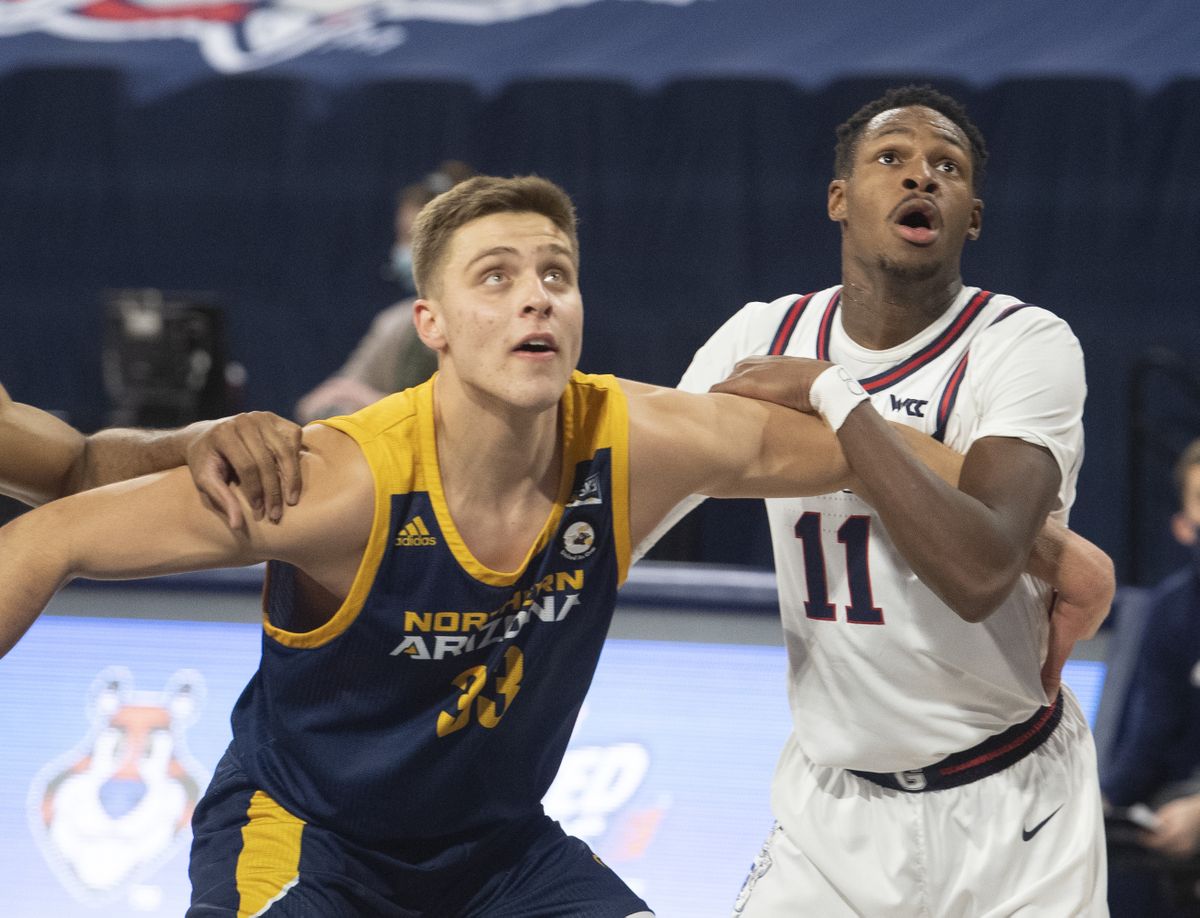 Gonzaga: Of course Jim Meehan had the game covered with his analysis. But being it was a Monday, he has a lot more. It starts with his conversation with Larry Weir on the latest Press Box podcast. Then there is his story on the Associated Press poll and another on the awards Corey Kispert and Suggs earned. Finally, he identified Monday night’s difference makers. … We watched from home and had our TV Take. I was struck, and not for the first time, by how well Richard Fox and Dan Dickau have completed the transition from being one of those making the plays to explaining why those plays happen. … There is the usual make-it-look-easy-when-it-isn’t recap with highlights and a whole heck of a lot of photos from Jesse Tinsley. … The women opened conference play last night with a tougher-than-expected win at Loyola Marymount. Connor Gilbert has the story. … The top two teams in college basketball have large Spokane connections. The Zag men, of course, and the Stanford women, who wouldn’t be No. 1 without the contributions of the Hull sisters from Central Valley High. GU’s women remained 23rd in the latest poll. … Can the Bulldogs finish the season undefeated? … Elsewhere in the WCC, as BYU prepares for conference play, one of its guards is earning national attention. 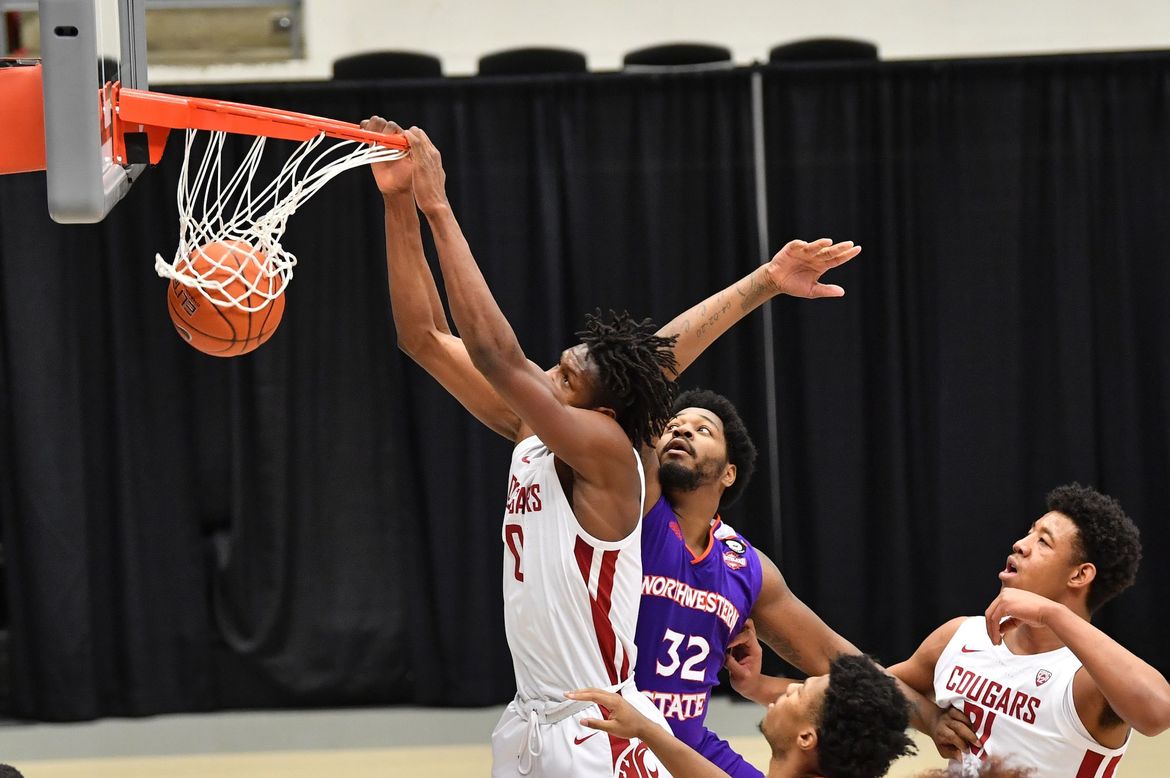 WSU: Efe Abogdi is the real deal. And his real-deal performances lately led to the center earning the Pac-12’s Freshman of the Week award. Theo Lawson has more in this story. … Around the Pac-12 and college football, the Associated Press All-America team was announced yesterday. … Jon Wilner highlighted the good work of Pac-12 assistant coaches this season and included Jim Michalczik, Oregon State’s offensive line coach. Michalczik has coached at four different conference schools over the years but, sadly, none have been his alma mater, Washington State. It’s a travesty he wasn’t Paul Wulff’s first hire a dozen years ago. … Three of Washington’s best players announced yesterday they would be returning to school for another year. The Huskies’ chances of 2021 success just went up in a big way. … Oregon will be trying to defeat its fifth consecutive ranked opponent when it meets Iowa State in the Fiesta Bowl. … The two quarterbacks have a long history. … The Duck secondary will be tested. … It wasn’t a good day in Boulder (more on that in the basketball section). One of the key Buffs was suspended for Colorado’s game with Texas in the Alamo Bowl. … There were more details released about the death of Utah’s Ty Jordan. … A USC offensive lineman declared for the NFL draft and a running back entered the transfer portal. … Arizona State picked up an offensive lineman from the portal. … An Arizona receiver is headed to Ball State. … In basketball news, Arizona, which plays the Washington schools this weekend, diced up Colorado’s defense to earn its first conference win. The Buffs may have lost their best player to injury. … A Utah freshman has entered the transfer portal. … USC is ready to get back on the court. … Finally, this story on why the Duke women opted out of the season is worth reading. The hodge-podge of COVID-19 protocols is driving some athletes over the edge.

Seahawks: We tried yesterday to determine where the Hawks could finish in the NFC playoff race. We are not alone. It is part of the reason why Pete Carroll said his team is “going for it” on Sunday afternoon. … Is the Seattle defense the best in the NFL right now? It has certainly become the strength of the team again. … Snacks Harrison was given his release yesterday and told Carroll he wasn’t playing anymore this year. … Jamal Adams cost two first-round picks. Some believe he’s been worth it.

Sounders: If you are a Seattle fan, you shouldn’t miss this Matt Pentz story on his interview with general manager Garth Lagerwey.

• We won’t be writing a TV Take tonight from the Gonzaga game, as we have another commitment. But we will be back at it Saturday when the Zags open conference play at home against USF. It’s part of a day-night doubleheader with the women. Until later …