MORAGA, Calif. – Drew Timme scored a career-high 20 points and had 10 rebounds and the No. 2 Gonzaga Bulldogs shot past the Saint Mary’s Gaels 90-60 at UCU Pavilion in Moraga, California.

Timme, a freshman forward, and his frontcourt-mates powered the Zags. Killian Tillie added 19 points and Filip Petrusev had 18 points and 11 rebounds. The three forwards were a combined 22 of 29 from the field.

Gonzaga turned an early 12-10 lead into a 10-point edge after Saint Mary’s went 3:29 without scoring midway through the first half. After making two free throws, the Gaels went cold again, going 3:59 without scoring as Gonzaga built a 20-point lead.

Ryan Woolridge scored 11 points for Gonzaga and had three assists and three steals. Corey Kispert chipped in 10 points on 4-of-7 shooting.

The Zags eliminated most of the suspense and crowd noise with a 22-2 run that was a candidate for their best stretch of basketball this season. Gonzaga cruised to a 90-60 victory Saturday night in front of a packed house of 3,500 inside University Credit Union Pavilion. | Read more »

John Blanchette: Razor-thin margin could be the difference in cross-country trek for either Gonzaga or San Diego State come March Madness

As good as the Zags played, and they did, dominating on offense and defense in winning 90-60, the pair of Dave Flemming and Sean Farnham, was just as good. | Read more »

Gonzaga-Saint Mary’s: 3 keys to the Bulldogs’ victory over the Gaels 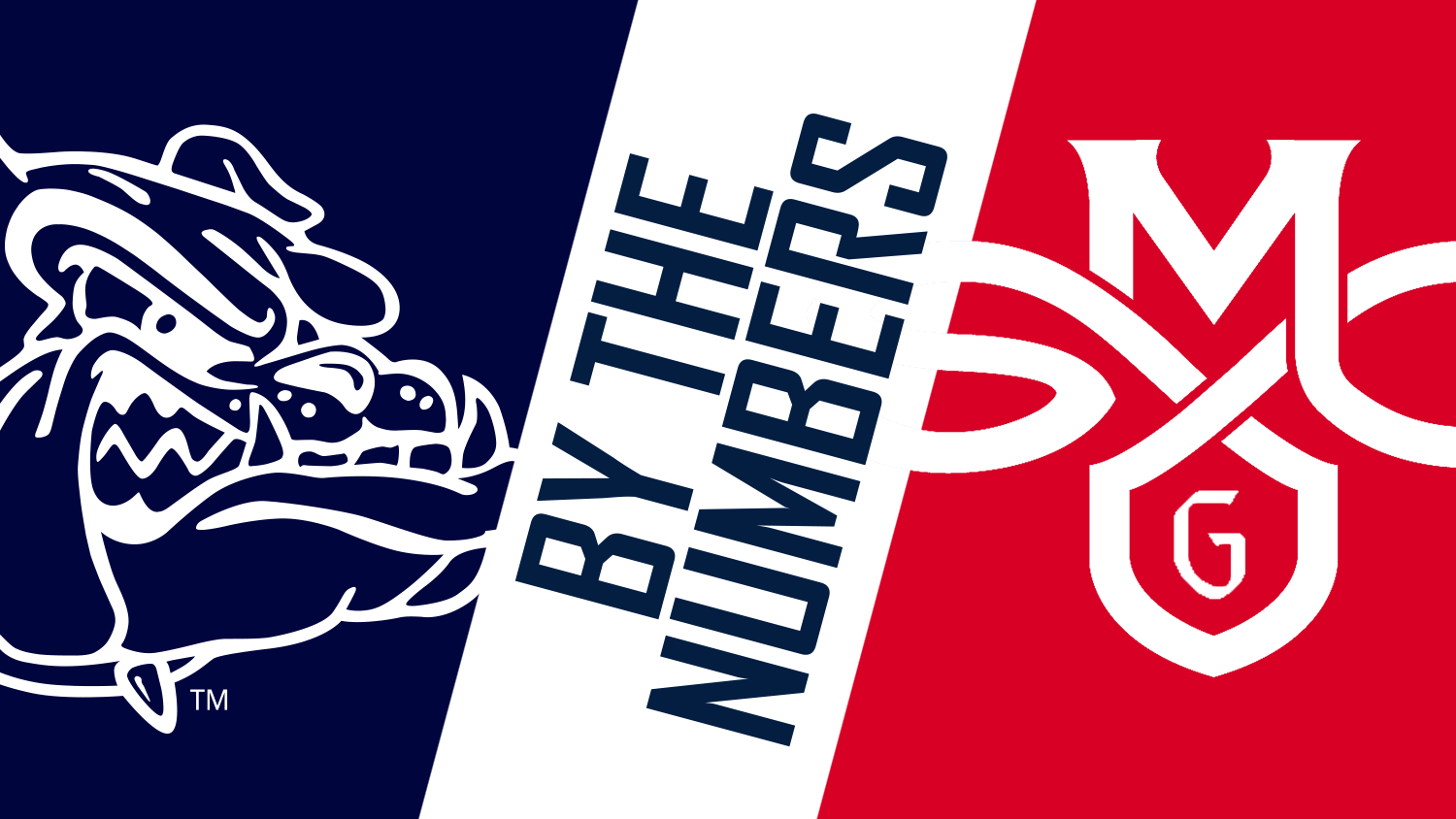 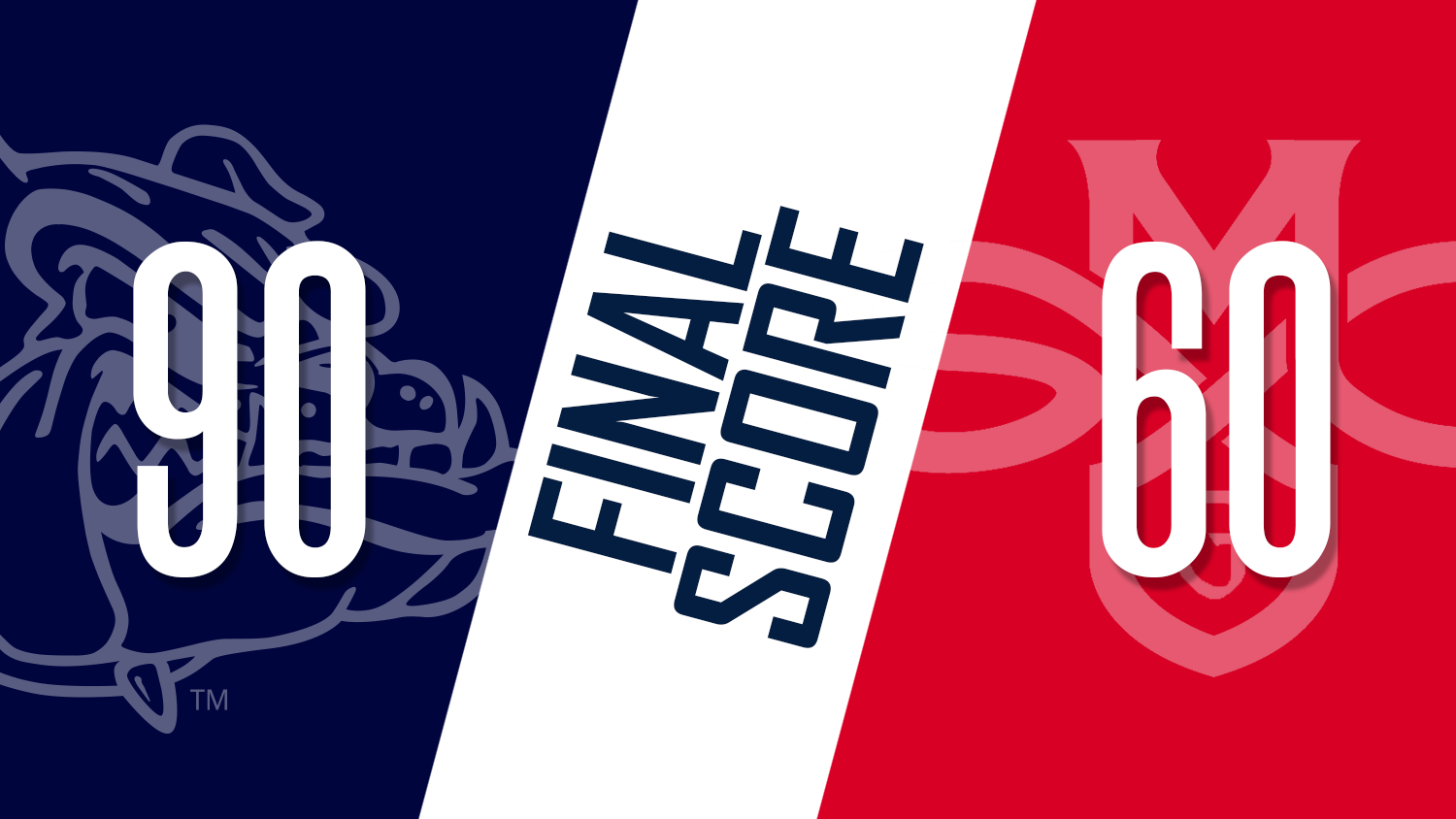 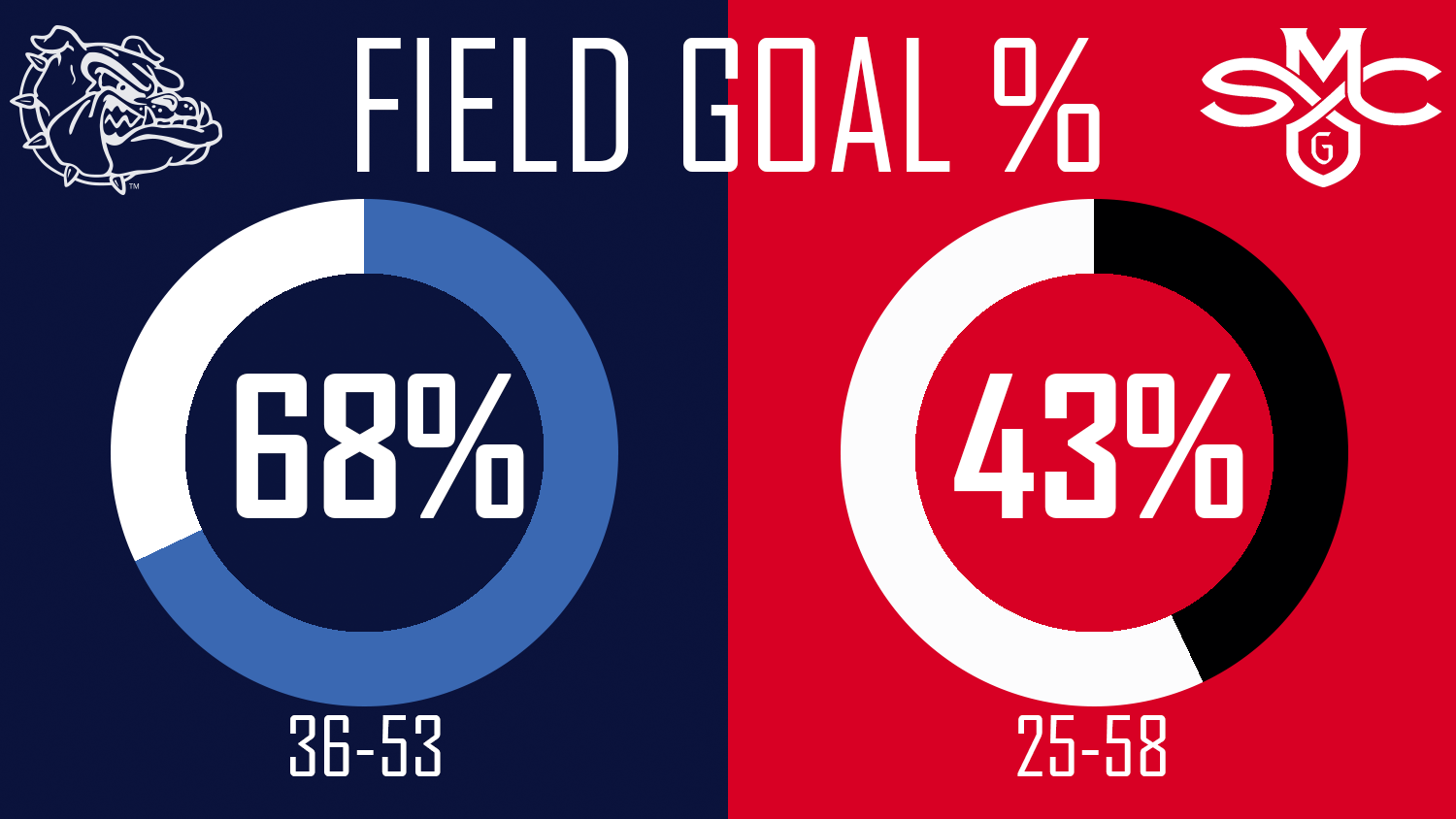 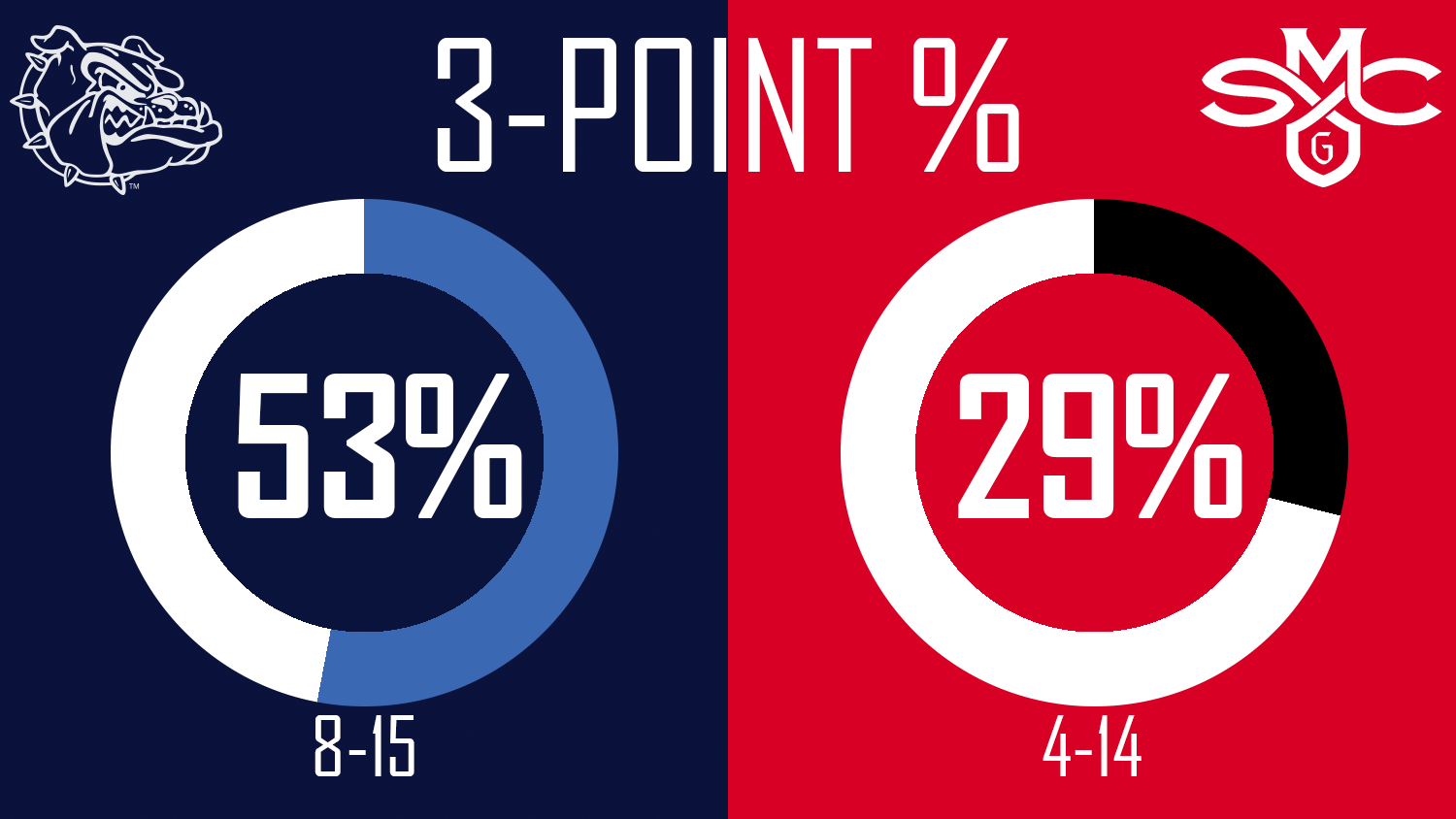 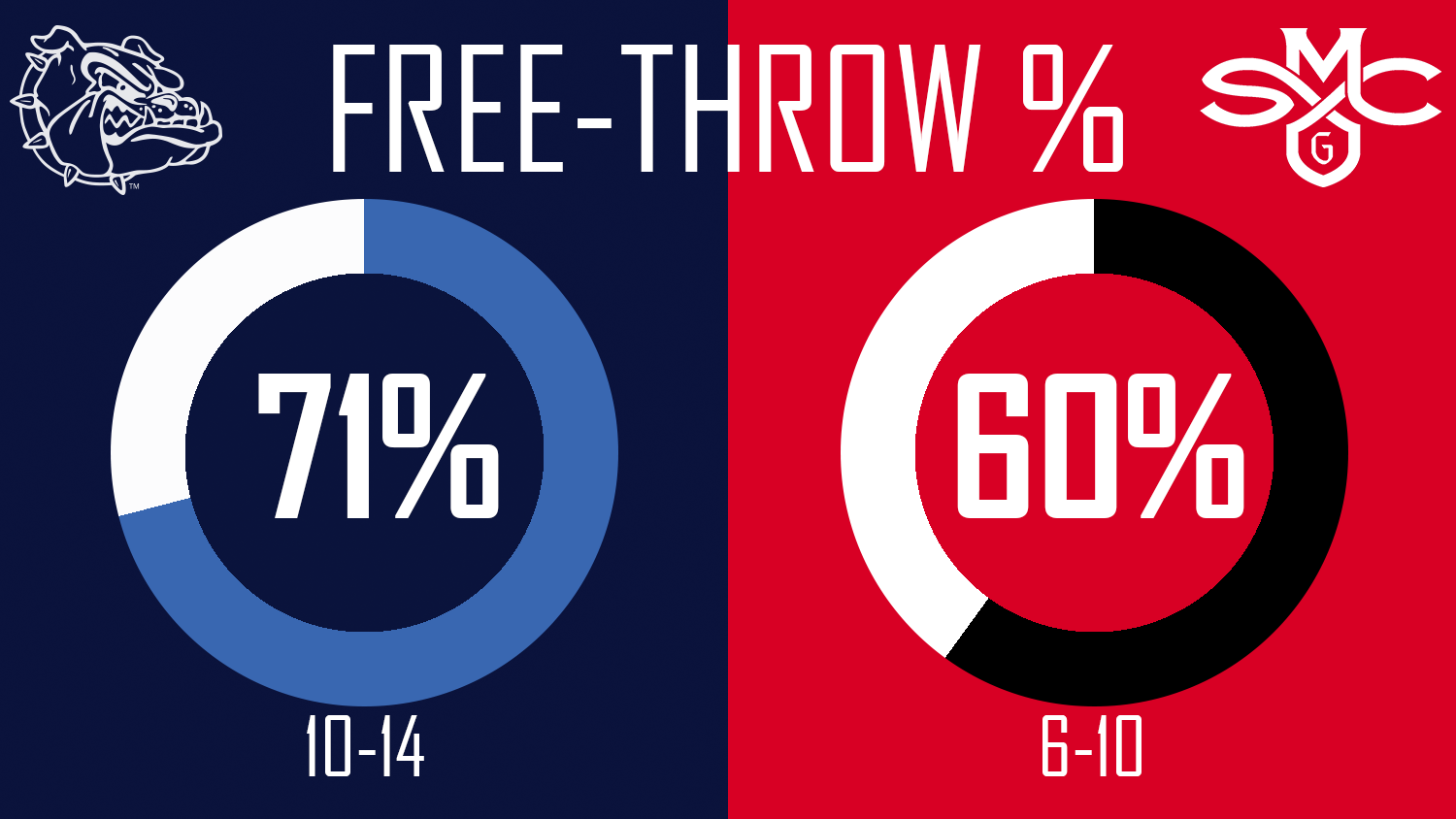 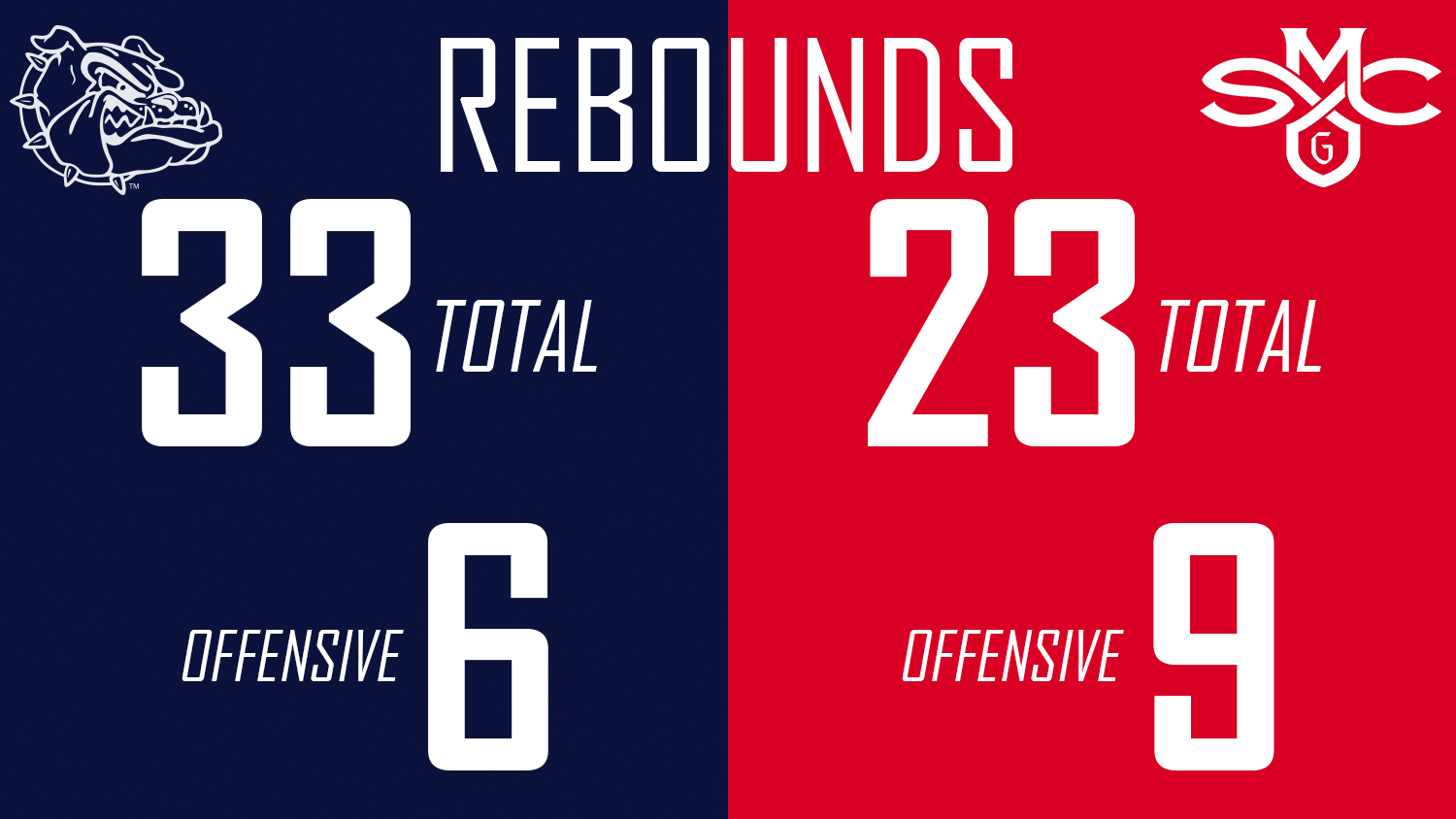 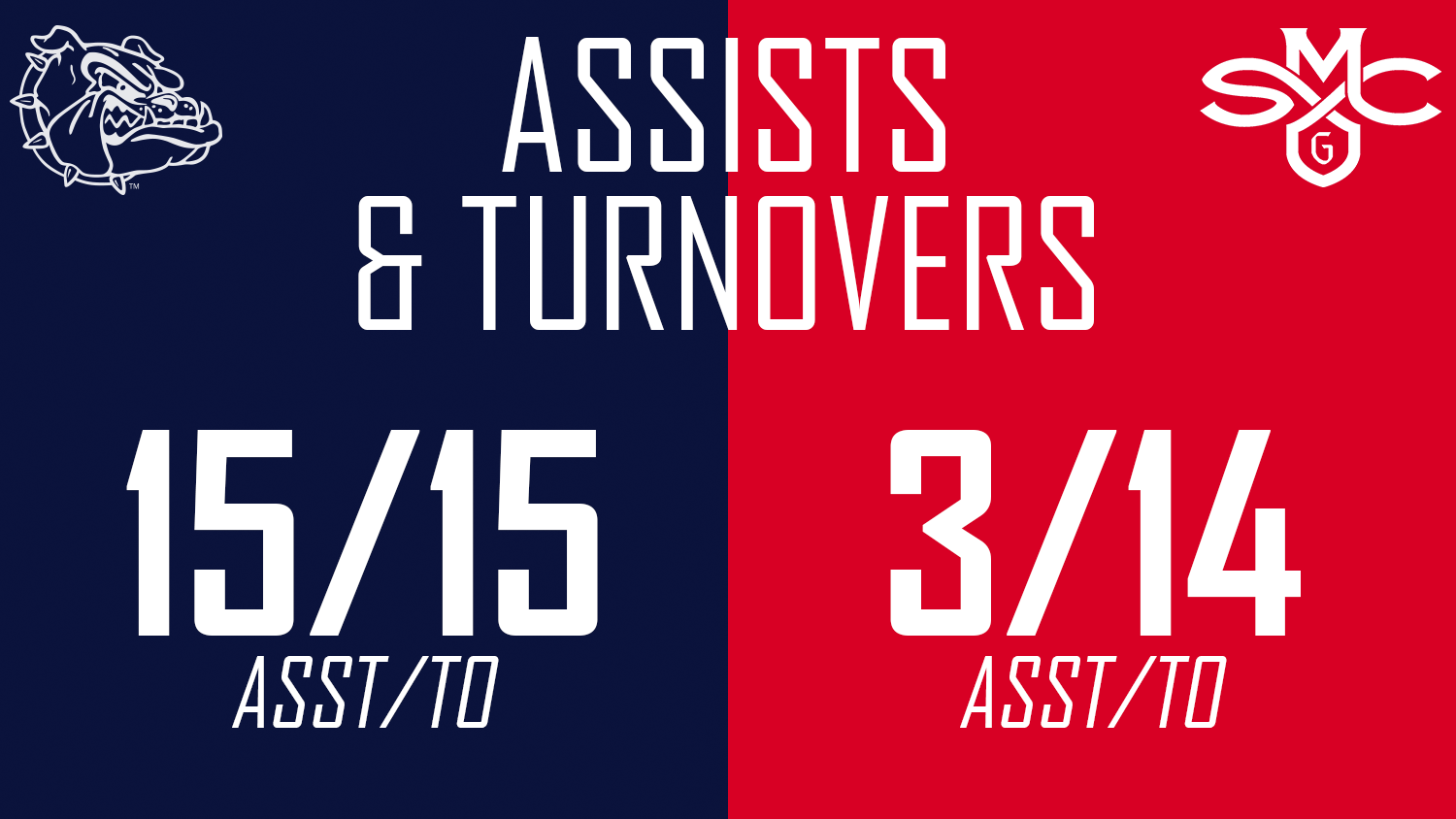 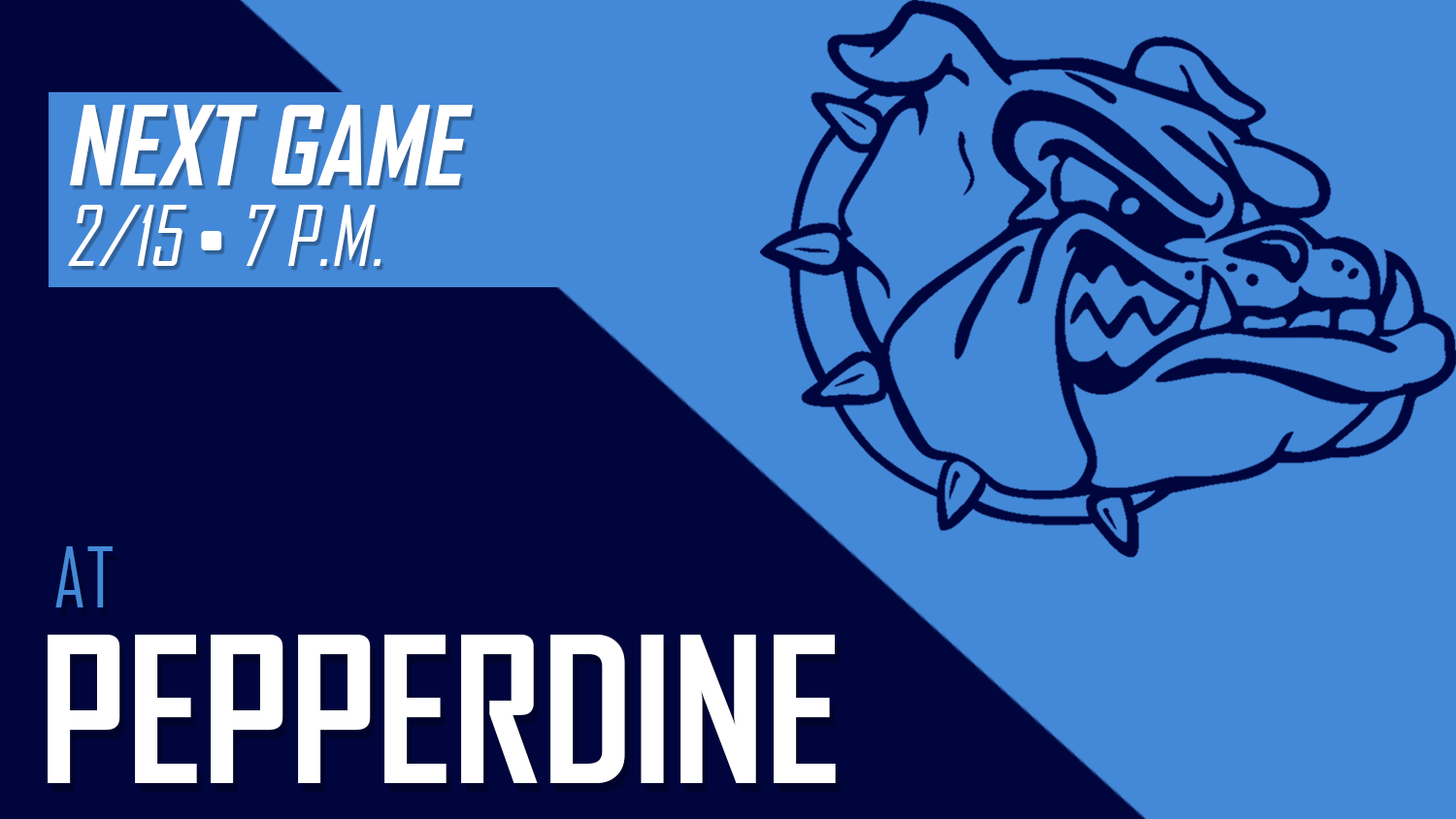 The Gonzaga forwards are controlling the offensive paint as Drew Timme has four points, Filip Petrusev has three and Killian Tillie – making the start after missing the last two game with a sprained left ankle – has two.

Ford has a game-high six points.

Timme checked in for Tillie and has two rebounds.

Freshman Drew Timme is off to a strong start, he has nine points on 4-of-4 shooting for the Bulldogs. He also has three rebounds.

Gonzaga is 8-of-9 shooting.

The Zags are 14 of 16 from the field and all seven players have scored. Drew Timme leads the charge with nine points on 4-of-4 shooting.

Gonzaga used a 22-2 run to build a 22-point lead before a couple Gaels’ baskets cut into the advantage.

3:34 – Gonzaga 40, Saint Mary’s 20: The Zags continue to keep the Gaels at bay with some great shooting and solid rebounding.

Gonzaga, shooting 78.9%, is led by Drew Timme’s 11 points. Killian Tillie has 10 points, but just picked up his second foul.

Gonzaga is also cleaning up on the glass, leading the rebounding battle 17-6. SMC has grabbed just two offensive rebounds.

Saint Mary’s is shooting 34.6%. Jordan Ford and Malik Fitts each have eight points to lead the Gaels.

Gonzaga 53, Saint Mary’s 28: The GU forwards have led the way and the hot-shooting Bulldogs take a 25-point lead into halftime over the Gaels.

The Gonzaga have big men – Filip Petrusev, Killian Tillie and Drew Timme – have combined for 36 points on 13-of-16 shooting. Timme, a freshman, has come off the bench to lead GU with 15 points on 5-of-5 shooting. Petrusev has 11 points.

The Zags are shooting 74.1% and have missed just seven shots.

Malik Fitts leads Saint Mary’s with 10 points. Standout guard Jordan Ford has eight points on just 4-of-10 shooting. He is 0 of 2 from 3-point range.

The Bulldogs have dominated the rebounding battle as well. GU holds a 22-8 edge on the glass behind seven rebounds by Timme. Petrusev has six.

Gonzaga turned a 12-10 lead into a 10-point edge after Saint Mary’s went 3:29 without scoring midway through the half. After making two free throws, the Gaels went cold again, going 3:59 without scoring as Gonzaga built a 20-point lead.

Gonzaga is just 3-of-6 shooting this half had has turned the ball over twice.

11:05 – Gonzaga 71, Saint Mary’s 48: The Gaels had the GU lead down to 17 before consecutive three-point plays by Drew Timme and Ryan Woolridge got the Zags’ advantage back over 20.

Timme has 18 points on 6-of-6 shooting. He is also 6 of 6 from the free-throw line. The freshman’s career high is 19 points, scored last Saturday at San Francisco.

The freshman forward from Texas is 7-of-7 shooting and has grabbed eight rebounds.

New career-best 20 points for @drewtimme2 with this smooth ball fake and drive. He’s been rolling the last two weeks. pic.twitter.com/8O1a6Z2zhM

Killian Tillie has 14 points for Gonzaga. Filip Petrusev has 13 points and a game-high nine rebounds.

Jordan Ford is up to 17 points for Saint Mary’s. The standout guard has nine points in the half.

3:06 – Gonzaga 88, Saint Mary’s 54: Corey Kispert side-steps into a 3 and the Bulldogs now have five scorers in double digits.

Drew Timme leads GU with 20 points. Killian Tillie has 19 points, making 3-of-5 3-pointers, Filip Petrusev has 18 points, Ryan Woolridge has 11 and Kispert has 10.

Saint Mary’s guard Jordan Ford has 20 points to lead the Gaels, who are just 3 of 11 from 3-point range.

Gonzaga, for now, edged out San Diego State for the No. 1 seed in the West Region. | Read more »