• The most notable event in the Inland Northwest today is the curling national championships in Cheney. Just kidding, though any national competition is a big deal in this area.

But even an Olympic sport’s national competition can’t overshadow what’s happening in Pullman this afternoon. 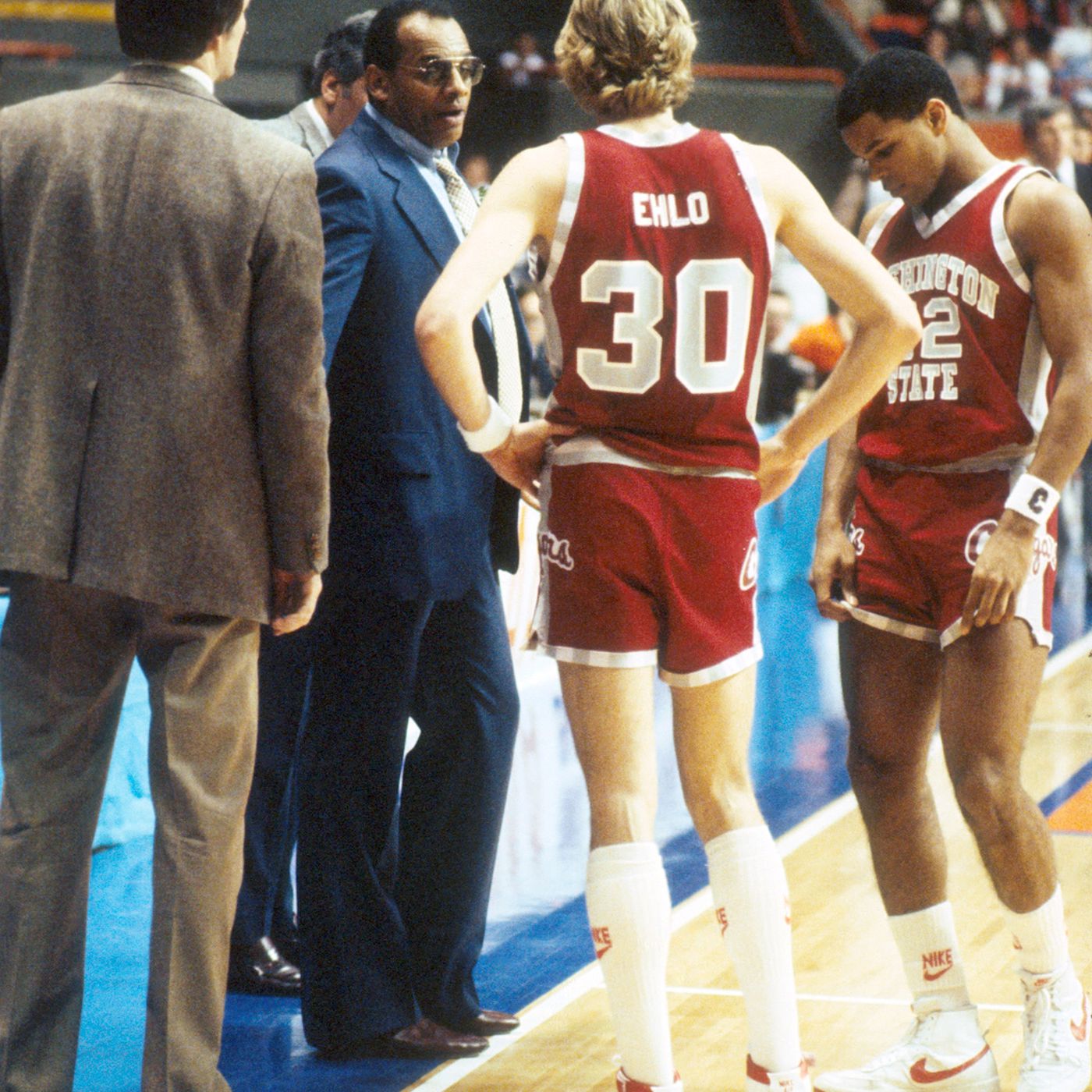 It’s not just the first matchup between Washington State and Washington in the Kyle Smith era but it’s also the day the Cougars honor legendary – and groundbreaking – coach George Raveling.

Raveling’s name will be attached to a banner and raised to the Beasley Coliseum rafters at halftime, joining this year’s other new addition, Klay Thompson, in a place of honor.

It’s fitting, even if not many younger Washington State fans know why. Heck, Raveling’s tenure in Pullman, where he led the Cougars to the NCAA Tournament twice, filled Beasley on a semi-regular basis and broke barriers that should have been broken years before, occurred even before I became an Inland Northwest resident.

And I’ve lived here long enough to have paid off a 30-year mortgage – and experienced more than a handful of Cougar coaches, from Len Stevens to Smith and every Tony (Bennett), Dick (Bennett) and Kelvin (Sampson) in-between.

Raveling introduced the Palouse to national audiences, recruiting players who were as big as houses (and named – Stuart – House as well, along with a – James – Donaldson and a – Steve – Puidokas). He attracted players as athletic as anyone in the nation (from Don Collins to Guy Williams to Craig Ehlo and a whole bunch of others). He developed talent, he built teams, he made it fun to be a Cougar basketball fan.

Raveling also won games. Lots of them. His last eight WSU teams including two 20-win seasons and seven with a better-than-.500 mark. He won 167 games in 11 seasons, the third-best total in school history.

For that alone, he deserves to have his name somewhere on campus, as the two with more wins, Fred Bohler (namesake of Bohler Gym) and Jack Friel (Friel Court) already have been bestowed that honor. But there was more to Raveling than that, as John Blanchette explained earlier this week. Much, much more.

Hopefully, as the banner sits high above the court over the ensuing years, it will spark conversations among the next generations of Cougar fans and a myriad of Google searches – if need be.

Raveling’s legacy deserves to survive. To be understood. To be revered. And now it will.

Gonzaga: If you read the section above and wondered how Raveling did against the Bulldogs, we have the answer. The Cougars were 10-1 during his tenure, only losing in Spokane his first year. The two schools also played every season he was in Pullman, with the Zags scoring more than 60 points only twice, both overtime games. My, how things have changed. Nothing illustrates that more than Gonzaga’s dismantling of a good Saint Mary’s team last night, showing once again why it is the West Coast 's top program. The Zags’ offense was off-the-charts good in the 90-60 victory at Moraga. Jim Meehan was in the Gaels’ bandbox and has his analysis of the game as well as the three keys to the rout. … Earlier in the day Jim wrote about the NCAA’s bracket preview, something John wrote about as well. … We touched on it and other things in our TV Take. … The folks in the office put together the usual complete recap with highlights. … There is a photo gallery as well. … We can pass along a little coverage from the Bay Area. … The women’s long winning streak is over, cut down by Saint Mary’s 67% shooting from beyond the arc yesterday. Jim Allen has the coverage. … Elsewhere in the WCC, it's been a while, but BYU finally figured out how to hold off San Francisco. The Cougars are getting better and could be a tough out in March. … Pacific handled Pepperdine in Stockton. … In the battle for the bottom of the standings, San Diego held off Portland in double overtime.

WSU: As we said, this is Smith’s first taste of the state’s most intense rivalry. Theo Lawson has a preview of the game – and a recap of Smith’s introduction to it. … Washington is the surprise team today, as in it's a surprise the Huskies are in the Pac-12 cellar. … Around the Pac-12, the biggest upset yesterday came in Corvallis. Or is it? With its win over Oregon, Oregon State has knocked off the conference's top-rated teams. The Ducks need a post presence down the stretch. … Despite a scary moment, Colorado was able to defeat Stanford in Boulder. … Utah didn't look all that young as the Utes dominated California. … UCLA was blown out in Tempe earlier in the week. Then the Bruins went into Tucson and won handily over Arizona. How does that happen? … USC suffered a lost weekend as the Trojans wilted down the stretch at Arizona State. … In football news, Mel Tucker says he's staying at Colorado. … Kevin Sumlin shouldn't have this type of pressure on his shoulders.

EWU: The Eagles bounced back from Thursday’s loss in Missoula by routing visiting Montana State. Ryan Collingwood was in Cheney yesterday and has this game story. … James Snook was also there and has a photo gallery. … There is also coverage of the game out of Bozeman. … Elsewhere in the Big Sky, Idaho State fell to visiting Sacramento State. … Weber State edged Northern Arizona in Ogden.

Idaho: Despite Trevon Allen’s career-high 36 points, Montana figured out a way to hand the Vandals another defeat. Peter Harriman has the story from Moscow. … The Vandal women fell at Montana.

Whitworth: The Pirates moved back into a tie atop the Northwest Conference standings with an easy win at last-place Willamette and Whitman’s loss to Lewis & Clark.

CCS and NIC: The Sasquatch handled Treasure Valley on the road and the Cardinal blew out Walla Walla in Coeur d’Alene.

Preps: Its postseason time for winter sports, with Ryan kicking off the coverage with a roundup from District wrestling. … The GSL made up postponed basketball games yesterday, with Gonzaga Prep stopping Mead in boys and girls play. Dave Nichols has the coverage and explains the district seeding that was decided. … We also can pass along a roundup of girls’ games from Saturday.

Chiefs: Jack Finley is on a roll and so are the Chiefs. Spokane rode Finley’s two goals to a 6-0 victory over visiting Tri-City. Kevin Dudley has the story.

Jets: It’s been 50 years since the Spokane Jets won the Allan Cup. But they are not forgotten, at least not in the S-R’s pages. Dan Thompson has this story of their magical run to a title.

Shadow: Spokane has named a Premier coach. That and more are available in this week’s local briefs.

• What’s on tap for you today? Are you planning on watching the Oscars tonight? Before you do, don’t miss John Blanchette’s yearly examination of the overlooked “sports” movies. It’s fantasy at its finest. Until later …