A GRIP ON SPORTS • One nice thing about having experience - read, being old – is the ability to put some things in perspective. Of course, sports rarely is served well by adding perspective. Despite that, we attempt this morning to help those Washington State fans still in a little bit of shock after Thursday night’s overtime loss at UCLA.

• There was a lot of angst on Cougar Twitter last night as Washington State squandered a 12-point second-half lead and lost 86-83 in Westwood. And why not? It was a golden opportunity for WSU to win a Pac-12 road game, something that hasn’t come easily for the program in the past decade. Plus, it would have jumped the Cougars up the standings and helped their seeding in next month’s conference tournament, a key if they want to win a game there for the first time in more than 10 years.

But, alas, it didn’t happen.

Which brings us to that historical perspective we alluded to above.

This isn’t the first time Washington State has blown a game it should have won at Pauley Pavilion. Heck, it might not even be the fifth time. It’s weird. Beating UCLA on its home court just isn’t something the Cougars do.

Washington State and the Bruins have played 126 times over the years. Seventeen of those times the Cougars have won. Yes, that’s right, 17. You want to know how many of those 17 have come at Pauley? Two.

OK, UCLA is a blue blood in college hoops. The Bruins have won more national titles than anyone. For a decade or more than never lost. Well, practically never lost. We get all that.

But over the years Washington State has had opportunities to win in Pauley and only twice – 2004 under Dick Bennett and 2009 under Tony – have the Cougars gotten it done.

Take 1980 for example. The Cougars were good that season under George Raveling. They demolished UCLA in Pullman 80-64 in late January. Less than a month later, ranked 20th in the nation, they traveled to LA. The Bruins turned the tables, 80-66. That’s a 30-point swing.

And it’s not the only odd occurrence in the Los Angeles part of the series. The Cougars won five times against UCLA between 1980 and 1986, but all of them came in Pullman. Take 1985 for example. The Bruins won by 27 in Pauley, then less than a month later WSU won at home by eight in overtime.

Winning in Los Angeles wasn’t meant to be. Until Dick Bennett’s 2004 team, his first Washington State team, traveled to Los Angeles in early February. This is the same team that had lost to Southern Utah by 19, had scored just 29 points in a loss at Fresno State and gave up 96 points in a loss at Gonzaga. It would finish 13-16. It wasn’t very good.

And yet that wasn’t the weirdest WSU/UCLA game there in the decade.

Tony Bennett’s best two teams couldn’t win at UCLA, even in 2008 when the Cougs were ranked fourth nationally. But his last one, the NIT-bound 2009 squad, somehow won against the Bruins in Los Angeles. The final score: 82-81. Yes, they won a shootout against Ben Howland’s 15th-ranked squad, a group that also liked to play games that ended in the 50s. (The score, not the decade.)

So take solace in this Cougar fans. Last night was just a continuation of the odd results that seem to happen in Westwood when the Cougars visit.

Gonzaga: You don’t have to search back in history too far to find the Zags among the nation’s leaders in offensive efficiency. Seems to happen all the time during Mark Few’s tenure at GU. But this year’s team, which leads the country in that metric, is getting it done a different way, as Jim Meehan explains. … Filip Petrusev is still on the watch lists for the major awards. Jim has that story as well. … The women slugged it out with San Francisco last night at the Kennel before winning the battle 56-38. Jim Allen and Tyler Tjomsland were there, with Jim covering with a story and Tyler with photos. … Baseball season is about to begin and Gonzaga is favored to win the WCC. Justin Reed has a preview. … Elsewhere in the WCC, BYU hit a school-record 18 3-pointers in a rout of Loyola Marymount. … Pacific routed Portland to reach 20 wins. … Pepperdine's last-second 3-pointer gave the Waves a home win over San Diego. 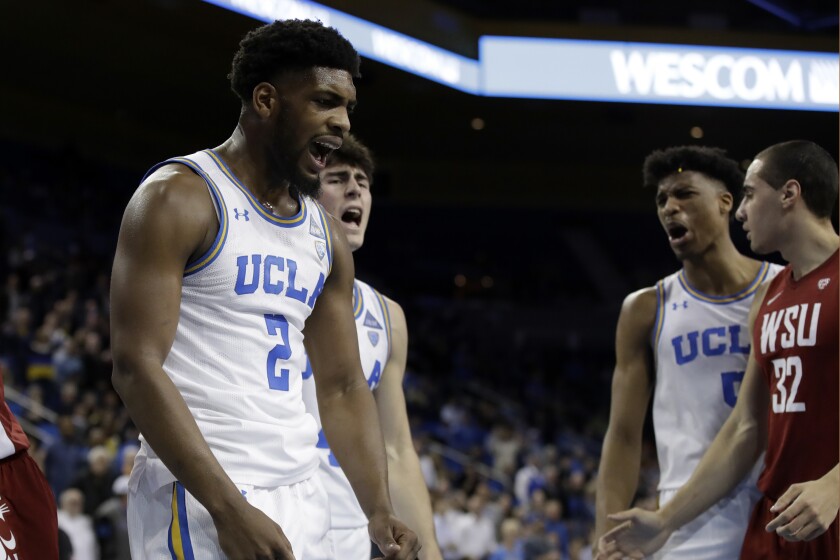 WSU: We can pass along this story from the Associated Press on the Cougars’ overtime loss last night along with coverage from the Los Angeles newspapers. … Around the Pac-12, Washington just continues to lose, which isn't going over all that well in Seattle. The Huskies fell to USC as the Trojans honored one of their former players. … UW is trying just about everything and everyone. … The most important conference game last night was in Eugene, where Oregon rallied late to stun Colorado. It's been an awful week for the Buffs. … Oregon State defeating Utah in Corvallis isn't all that much of a surprise. But how easily the Beavers handled the Utes, now that was unexpected. … Arizona State road Remy Martin to a close win over Stanford in the Bay Area. … California couldn't handle Arizona as the Wildcats are now winning on the road. … On the women's side, the debate over physical play continues in the conference. … In football news, who will Colorado turn to replace Mel Tucker?

EWU: If you look at the Big Sky standings, you will see Eastern among the conference leaders. Idaho? The Vandals are just a half-game out of last place. But when the two meet, it doesn’t seem that way. Earlier this season, the Eagles had to rally for a three-point win in Moscow. Thursday night in Cheney, they tried to do the same thing and failed, with Idaho picking up a stunning 74-71 victory. Ryan Collingwood was there and has this game story. … Colin Mulvany has the photo report. … Ryan and Colin also cover the Vandals’ win in the earlier women’s game with this story and photo report. … Elsewhere in the Big Sky, Montana shut down Weber State in Missoula. The Wildcats were without their all-time leading scorer, Jerrick Harding. … Montana State held off Idaho State. … Northern Colorado shot down Northern Arizona from the outside.

Preps: The playoffs are different in basketball, as undefeated Liberty almost found out in District 7 2B boys play last night. The Liberty girls also won. … The regional wrestling tournaments are this weekend. Ryan has a preview. … Dave Nichols and Larry Weir talked about preps in the latest Press Box pod.

Curling: The competition is still going on in Cheney. Dan Thompson has a story on siblings competing together, though with different teams.

Mariners: Is Mitch Haniger ever going to play this season? The outfielder had surgery again and will be out later than first expected. … Taijuan Walker is a veteran these days. … Did you catch the Astros' "apologies?" Baseball is doing a disservice to the game by not stripping the franchise of its 2017 title.

Seahawks: Just who the Hawks will take in the draft is anyone's guess.

• We actually witnessed the Cougars’ second Pauley win in person and was as shocked as Tony Bennett was afterward. Before the game I asked him what WSU had to do to win. He mentioned something about keeping the score in the 50s. What did he know. Until later …