Twenty young women got on stage Sunday afternoon and shared how they hope to make the world a better place during the Miss Spokane and Miss Spokane’s Outstanding Teen 2020 competition.

The third time was the charm for Gabby Dansereau, 21, who is Miss Spokane 2020 after competing for the past three years.

“I’m super excited – very overwhelmed and at peace with how I performed,” Dansereau said, after receiving her crown. 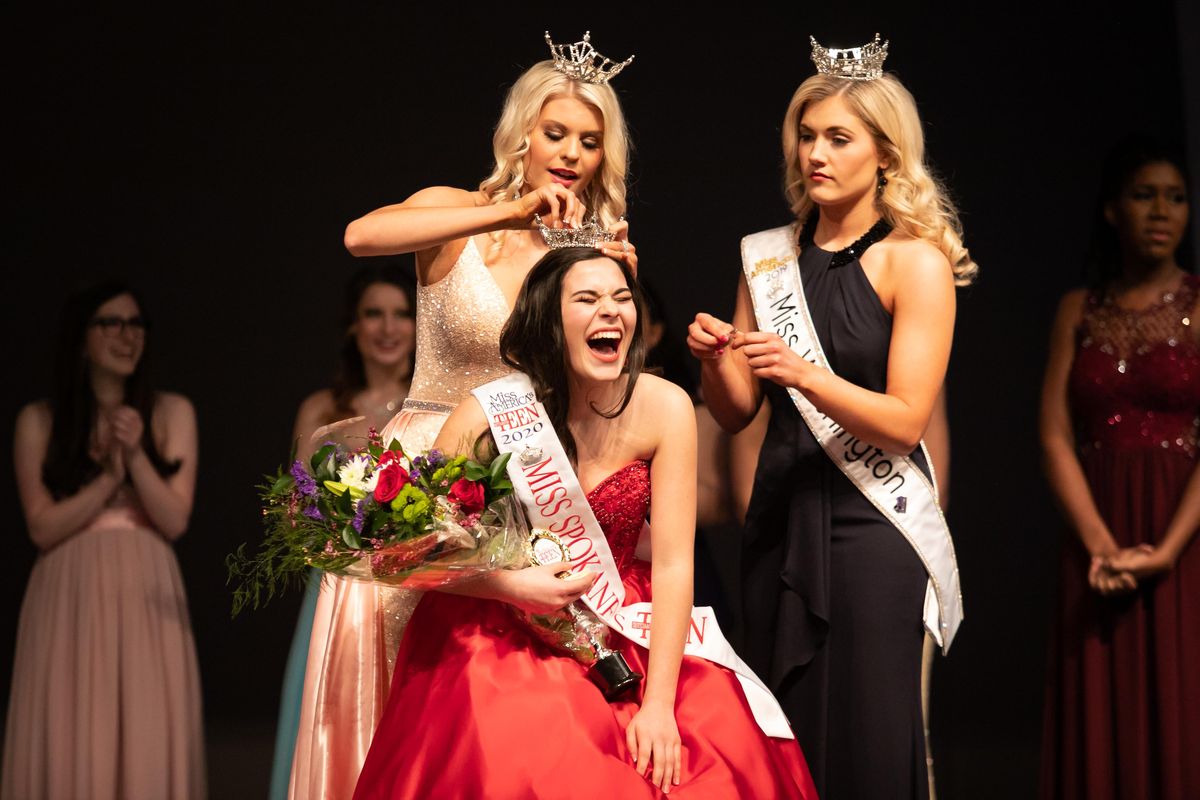 First-time competitor Rebekah Boyd, 16, will have to balance high school and her busy schedule as Miss Spokane’s Outstanding Teen 2020.

As a junior at Gonzaga Prep, Boyd is a varsity cheerleader and hopes to become a Supreme Court justice one day.

The Miss Spokane competition, the first step toward the Miss America competition, was held Sunday afternoon at Shadle Park High School in north Spokane. Dansereau and Boyd will compete for Miss Washington titles this summer.

While there could only be two winners on Sunday, the 20 young women competing for the crowns was a record for the Spokane program, said Shelby FitzGerald, co-director of the event.

The candidates underwent an in-depth interview with the judges on Saturday before the live competition. On Sunday, categories included an on-stage question, evening wear and talent competition.

During the on-stage question, Dansereau teared up talking about her cousin, Jessica Munson, who was murdered by her fiancé.

“My whole platform is based around my cousin, who was murdered by her own fiancé,” Dansereau said. “It’s really hard to talk about.”

Dansereau said she plans to advocate for domestic violence prevention during her time as Miss Spokane.

The issue is personal for the 21-year-old, who said she was in an abusive relationship this time last year.

Dansereau’s emotional response to her on-stage question was only part of why the judges chose her as the next Miss Spokane.

Each category has specific point criteria for the judges to consider as they select a winner. The judging panel was made up of seven community members who all had various levels of understanding of the competition, and that’s intentional, said Kenzi Kiefer, another event co-director.

“We try to pick representatives of our diverse community here in Spokane to select the titleholders,” Kiefer said.

FitzGerald organized the competition with Kiefer and the help of the Miss Spokane Scholarship Organization Executive Board.

FitzGerald said there is still much to take away from competing, whether or not you leave with a crown.

“You walk away with this whole different sense of who you are and what your social impact is,” FitzGerald said.

Miss Congeniality in the teen competition, Abbigail Muller, 14, decided to complete a service project as part of her preparation for the competition. Her platform was “Bag of Hope: Breaking the cycle of poverty, one bag at a time.” Muller filled bags with toiletries and other items and handed them out to people experiencing homelessness in Spokane.

“A really big part of the Miss America organization is not about your beauty and not about what you look like on the outside, but really seeing what you are like on the inside.”