Info: Free and open to the public

What: Dance for Parkinson’s

Nearly 19 years ago, unusual partners took to the dance floor to guide choreography for Parkinson’s patients who often struggle with movement.

Brooklyn Parkinson Group director Olie Westheimer asked if a group of professional dancers could lead classes for people with the neurodegenerative disorder that can cause stiffness, tremors and balance issues. The Mark Morris Dance Group agreed, a step leading to Dance for PD.

Dance for Parkinson’s now is in more than 300 locations worldwide, including Spokane. In March, its national program director, David Leventhal, is scheduled to host a training workshop at Gonzaga University for new instructors from various states attending a regional dance conference.

“There is a lot of interest in training workshops,” Leventhal said in a recent phone interview. He also plans to be at an 11 a.m. March 14 Parkinson’s dance class at GU that’s open to the public.

“In the past few months, we’ve done training workshops in Amsterdam, Toronto, New York and then coming up in Spokane, Pasadena and Berkeley, probably one in Korea this summer.” 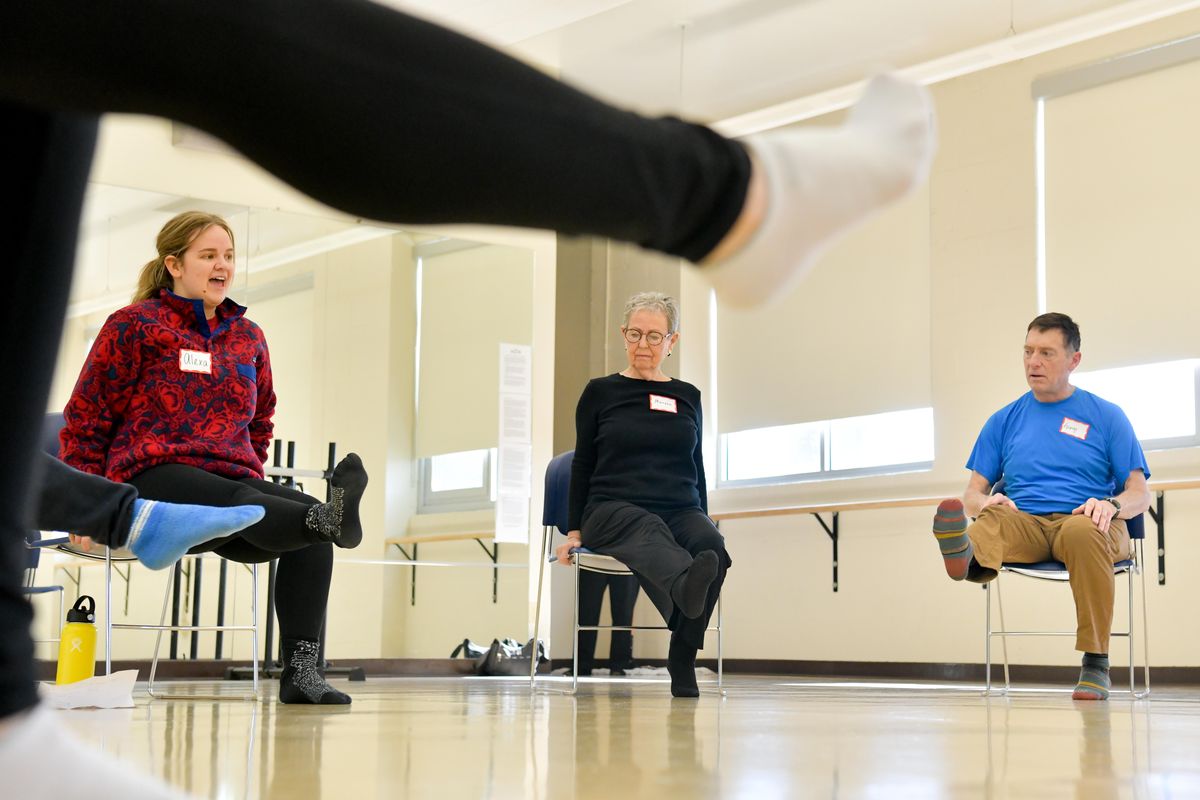 People in the classes follow a variety of dance styles to live music. The moves are done at first in chairs, then people move to supported positions at a ballet barre, behind a chair or with a partner. Next, the group moves in dances across the floor for those who can.

However, Dance for PD instructors find ways to include the seated individuals or those who remain in supported positions during the floor choreography, Leventhal said.

“The key is accessibility throughout the entire class so that people can participate fully whatever level of physical ability they have,” he said. “That is something we emphasize in teacher training and in the actual delivery of the class.”

“Parkinson’s has a very wide range of symptoms, and not every person is affected in the same way.”

“Social inclusion, mood, depression – these all have been touched upon by various studies,” Leventhal added. “A lot of initial research is in the physical and motor benefits, and there seems to be little doubt that dance has a significant impact.

“The psychosocial outcomes are a bit more difficult to measure, but that’s the next wave of research.”

Joy is something participants talk about a lot around music and community but also in the movement itself, Leventhal said.

“They talk about how it allows them to enjoy the feeling of movement again and kind of escape from their Parkinson’s body for a while,” he added.

“It’s also the hardest thing to talk about because as soon as you say joy, the medical community kind of turns off and says, ‘You can’t measure that.’ From our perspective, it is probably the single most important aspect of the class.

The program’s dances strive to increase people’s coordination, balance, flexibility and strength. Another focus is artistic expression with choreographed dances and improvised moves. Imagery and music are key components, he said.

“The class is really based on strong musical phrasing and rhythmic impulse. We use narrative and story to help people connect with the movement.”

Social interaction is encouraged. “That can include looking at partners, gesturing to partners, holding hands.”

Leventhal credited Westheimer’s original vision of wanting people with Parkinson’s to be immersed in different dance styles led by someone who knows the art instead of it being a therapy-focused activity.

“Olie didn’t want the dance to be targeted to symptoms,” he said. “She wanted the class to be a dance class, for people to learn the art and craft of dance and to be immersed in a creative and artistic environment.”

An instructor also makes sure the class is fun and inclusive, he added. It might have 15 participants who can move across the studio, but one person needs to remain seated. Leventhal said he’d invite that seated person to come to the middle of the room.

If it’s a line dance, two lines of people face each other. “The groups approach each other, and, in this case, I’d have one standing dancer approaching the seated dancer.”

In Spokane, a Mark Morris-trained instructor leads a class each Saturday during the academic year at Gonzaga. Gonzaga’s dance students help demonstrate moves. Sponsored by the Northwest Parkinson’s Foundation Inland Empire Chapter, the sessions are free, though donations are accepted.

Suzanne Ostersmith at Gonzaga requested the upcoming Dance for PD training workshop. Separately, the Mark Morris Dance Group is scheduled to perform at the opening of the March 11-14 American College Dance Association Northwest Conference at Gonzaga.

With the conference’s theme of “Dance as Service,” the workshop training fits, said Ostersmith, an assistant professor with Gonzaga’s theater and dance department. She is director of its dance program and interdisciplinary arts minor.

“I wanted to highlight what we do at Gonzaga and this concept of dance as service,” she said. “We have the ZagDance free after-school program, and we help with Dance for Parkinson’s.”

The local program also invites Parkinson’s caregivers or those working on balance issues to attend, Ostersmith added. “There is a huge number of people struggling with Parkinson’s. I’d love to see more people come and try the class. We have the capacity to have a lot more people.”

Leventhal said Washington state has Dance for PD in Spokane and Seattle, but regional classes also are found in other statewide communities and in Idaho. For more information, go to danceforparkinsons.org.