Ryan Woolridge filled up the stat sheet for Gonzaga with 15 points, seven rebounds, six assists and one steal. The point guard did most of his damage in the second half as Gonzaga ran away with the game.

Joey Calcaterra led San Diego with 19 points on 8-of-12 shooting.

Gonzaga outscored San Diego 48-25 in the second half.

Admon Gilder and Killian Tillie scored 12 points apiece to round out the Gonzaga scorers in double-figures.

Gonzaga has now won 12 straight over the Toreros and is 17-0 against USD in the MAC.

Some of those issues resurfaced in the first half against San Diego, but the third-ranked Bulldogs fought through it with a tidy second half and cruised to a 94-59 victory Thursday in front of 6,000 at the McCarthey Athletic Center. | Read more »

John Blanchette: Those in the know share some ‘Mo-mentos’ from Adam Morrison’s storied Gonzaga career

TV Take: On Adam Morrison’s night in the spotlight, KHQ crew that knows him best aces the call

After all, Heister was already doing play-by-play while Morrison was wearing No. 3 at GU early in the century. Dickau had recently graduated, carrying an All-American plaque with him. And Fox? He was one of Morrison’s teammates. No announcing crew knows him better or could tell his story better. | Read more »

Gonzaga-San Diego: 3 keys to the Bulldogs’ victory over the Toreros 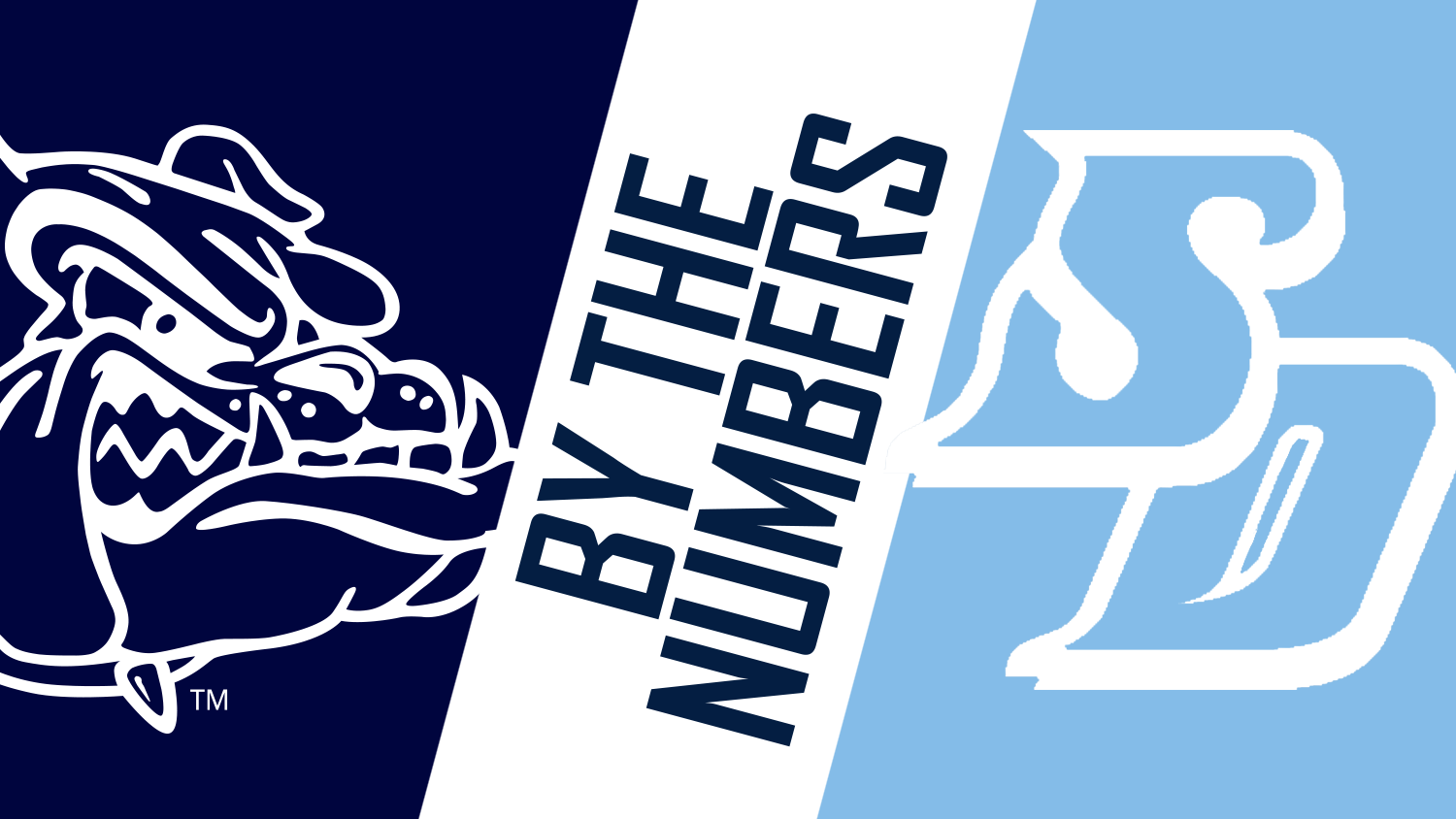 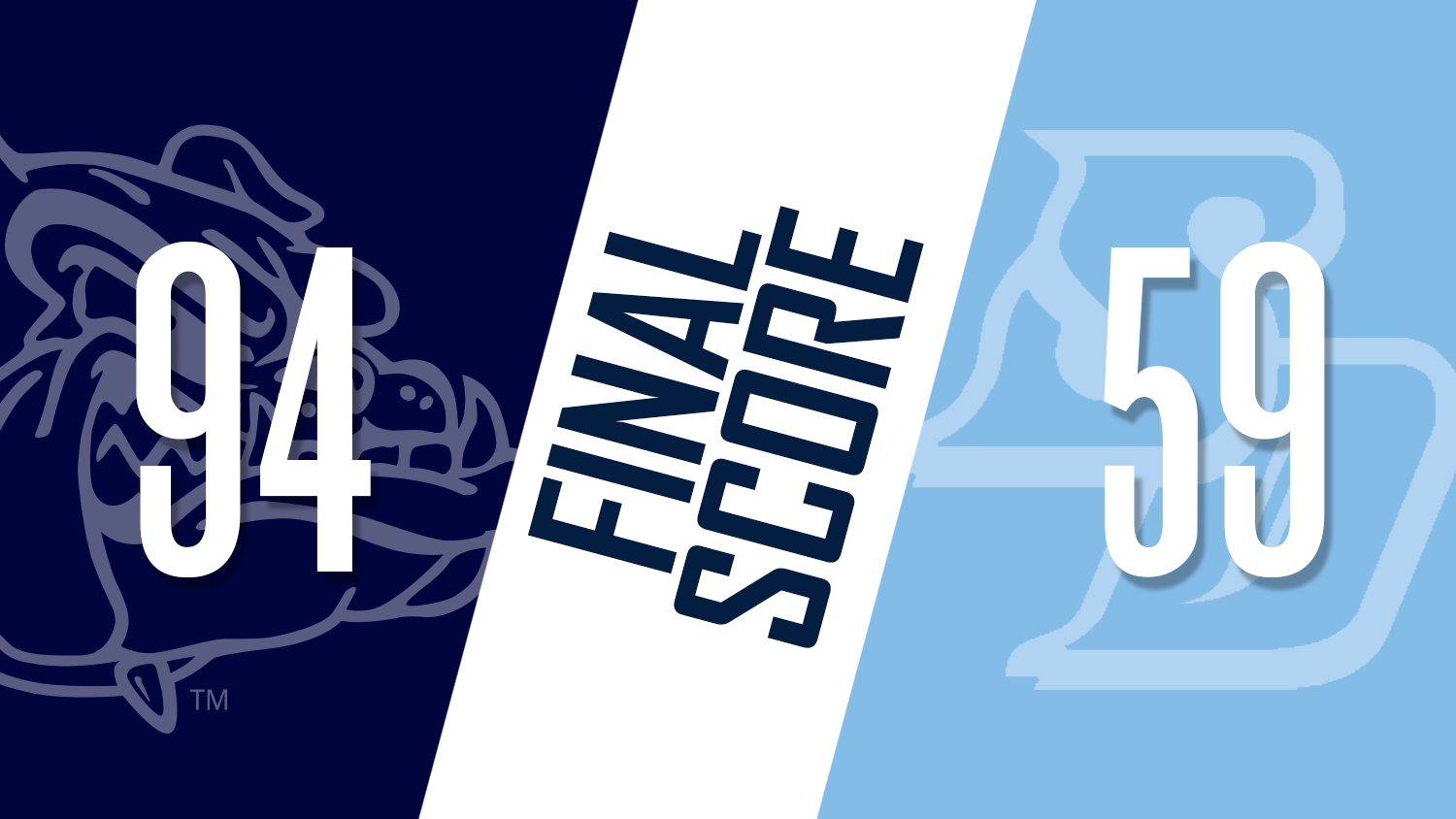 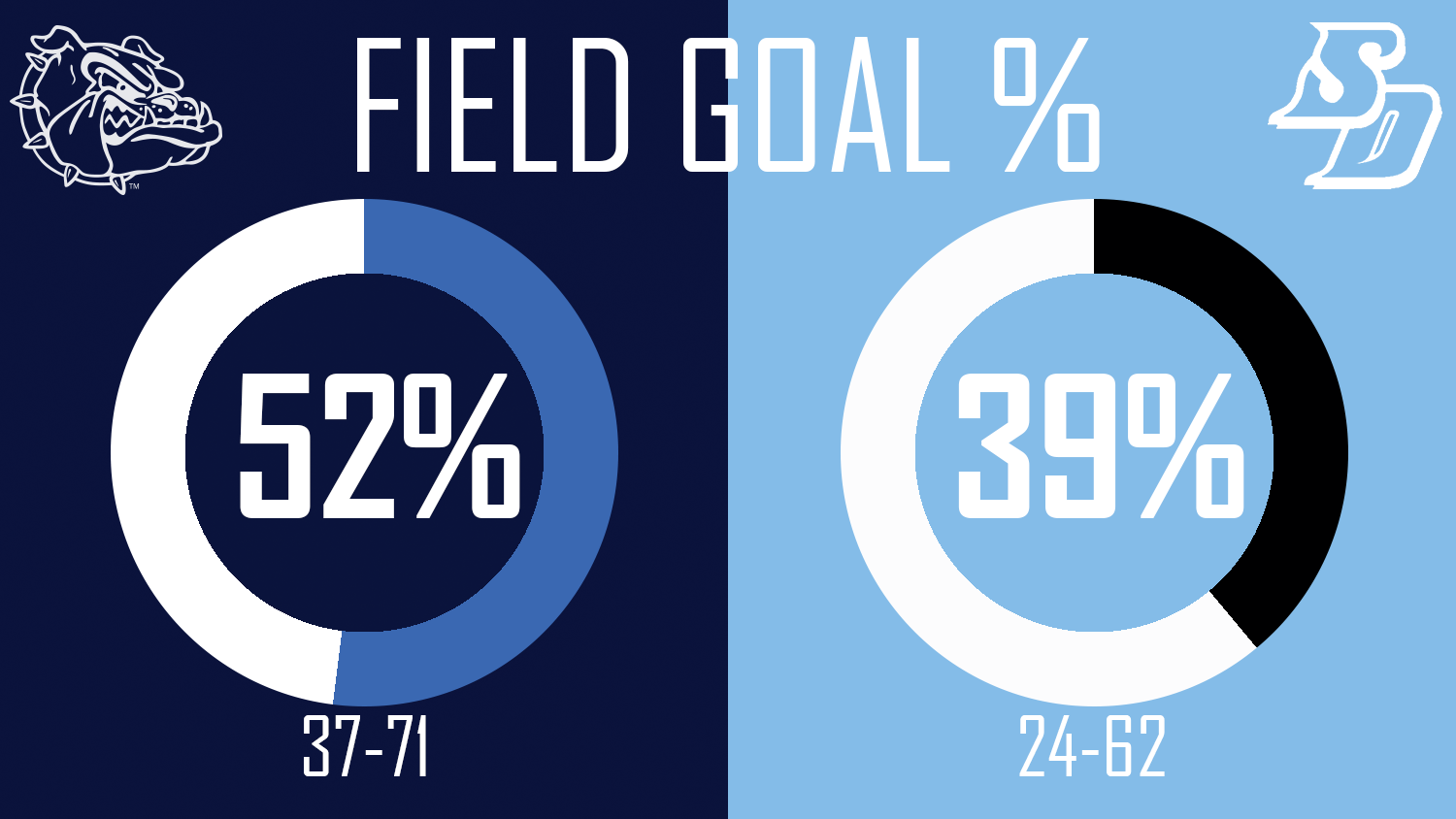 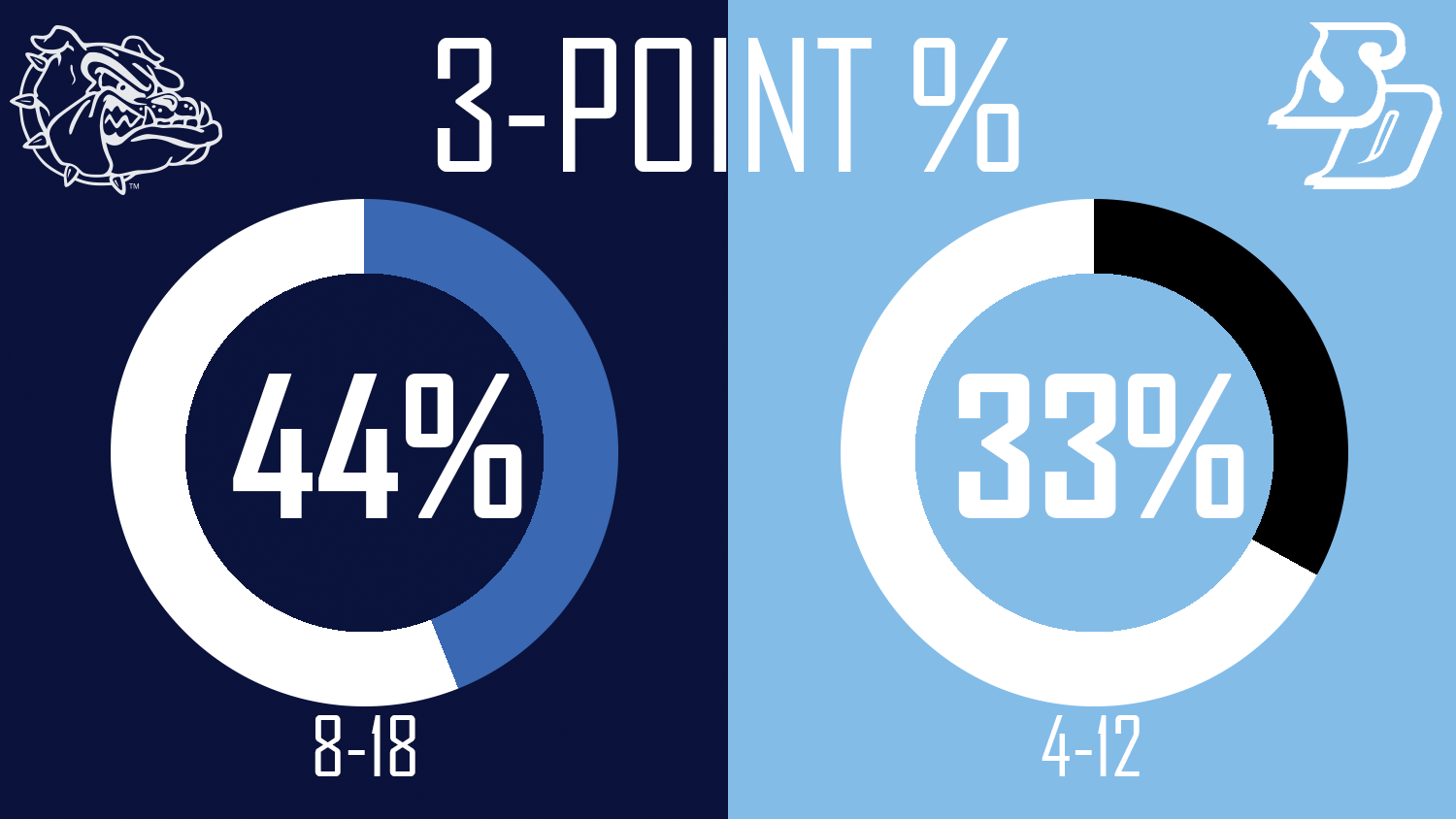 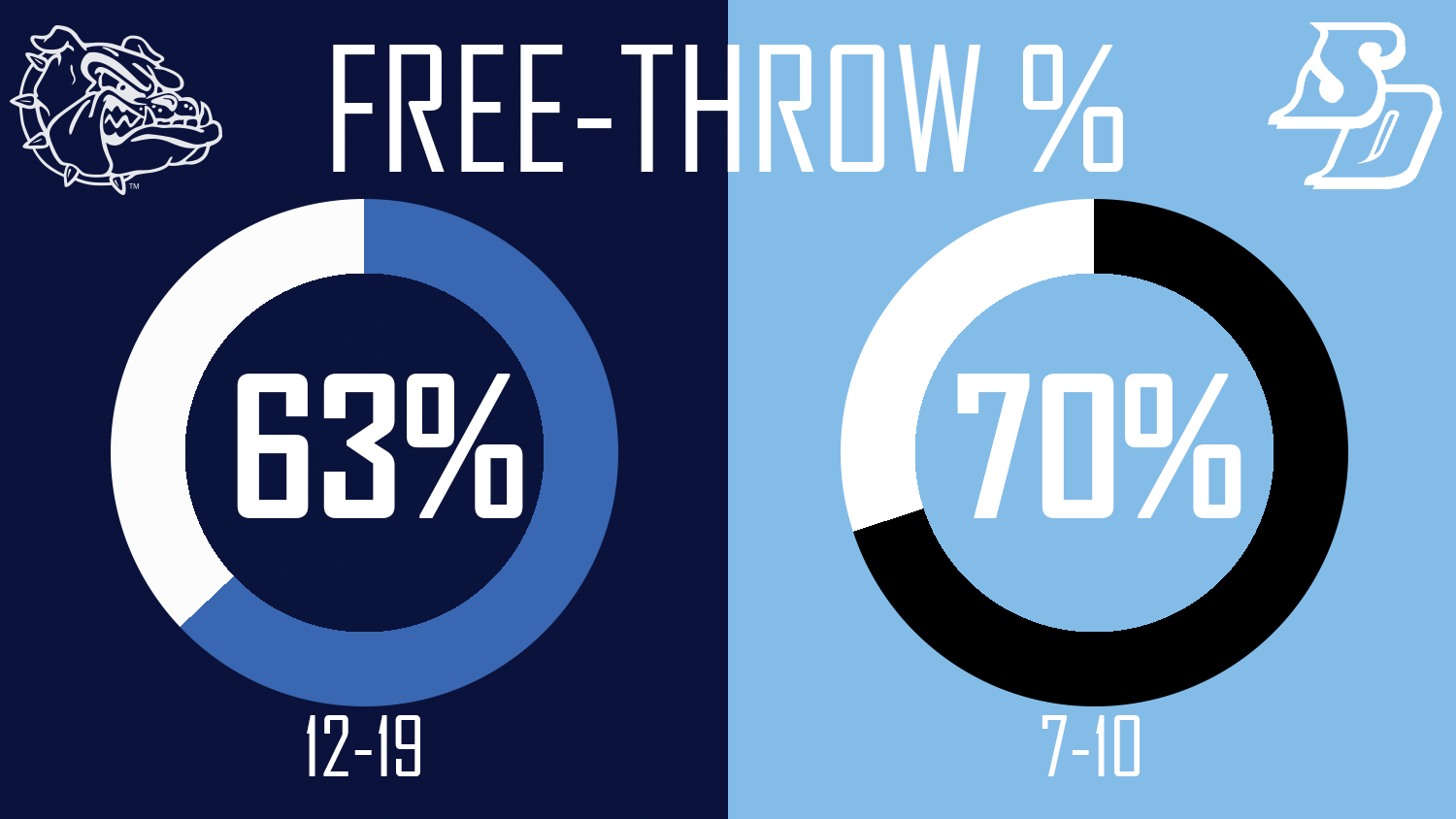 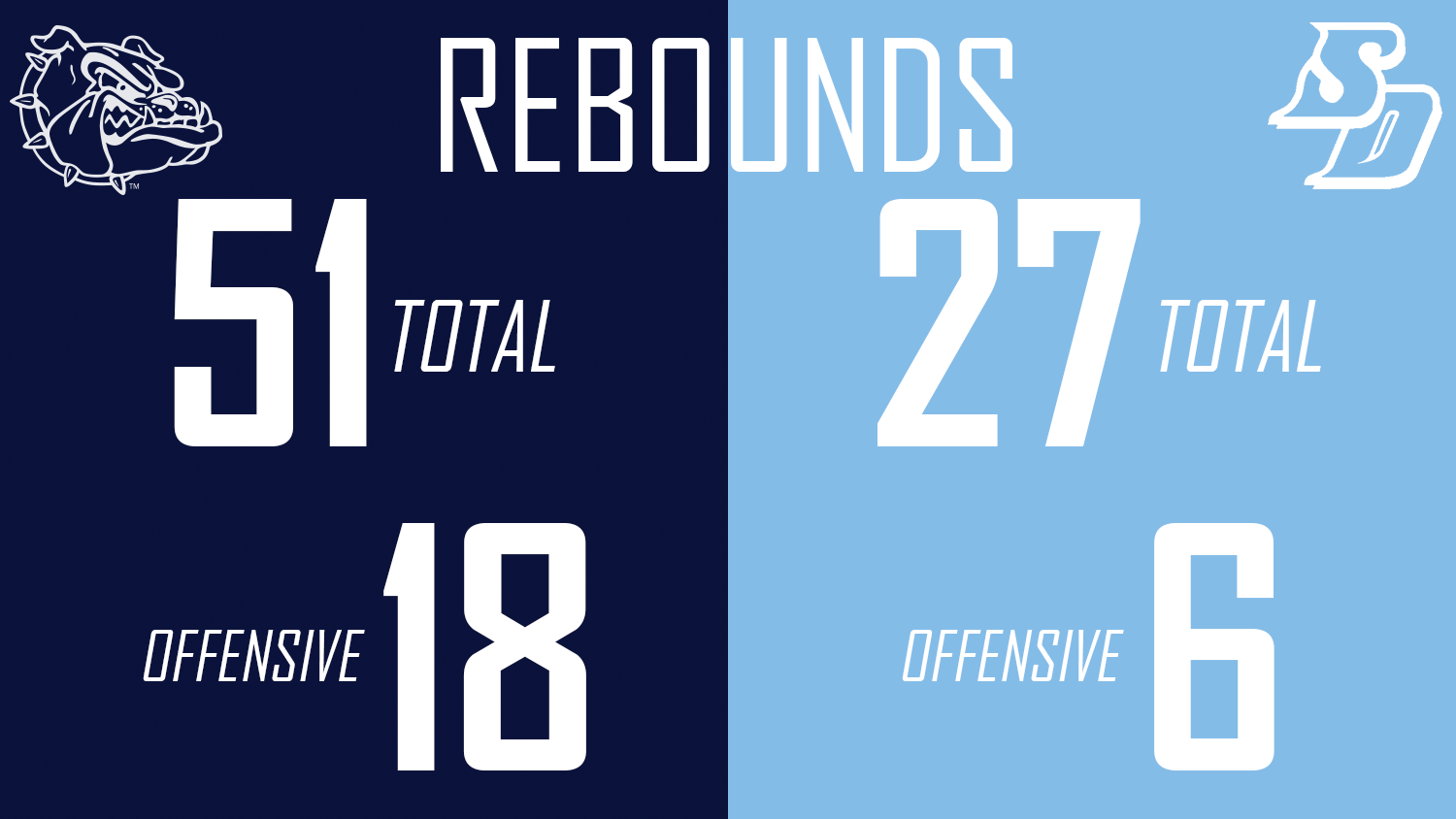 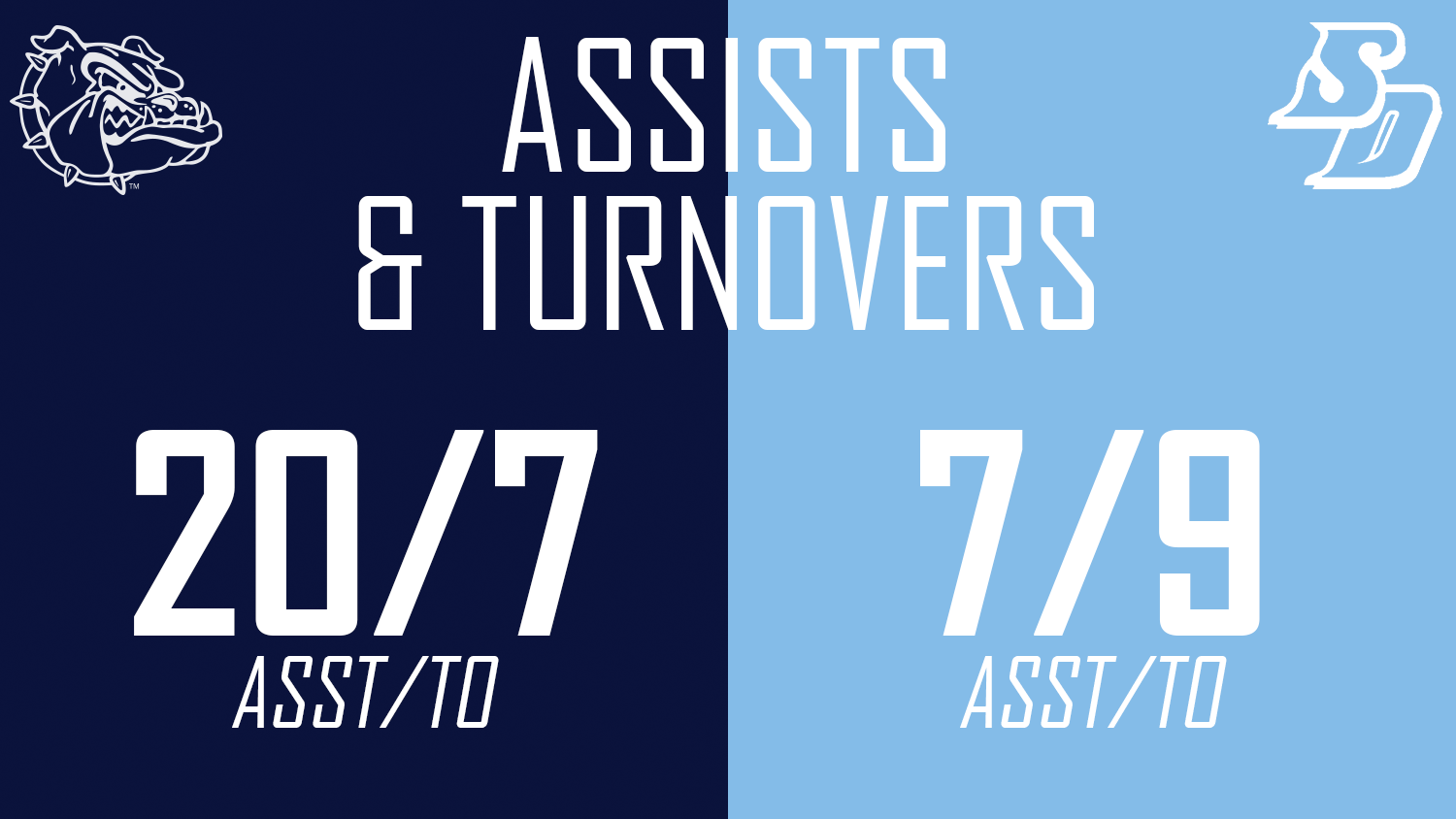 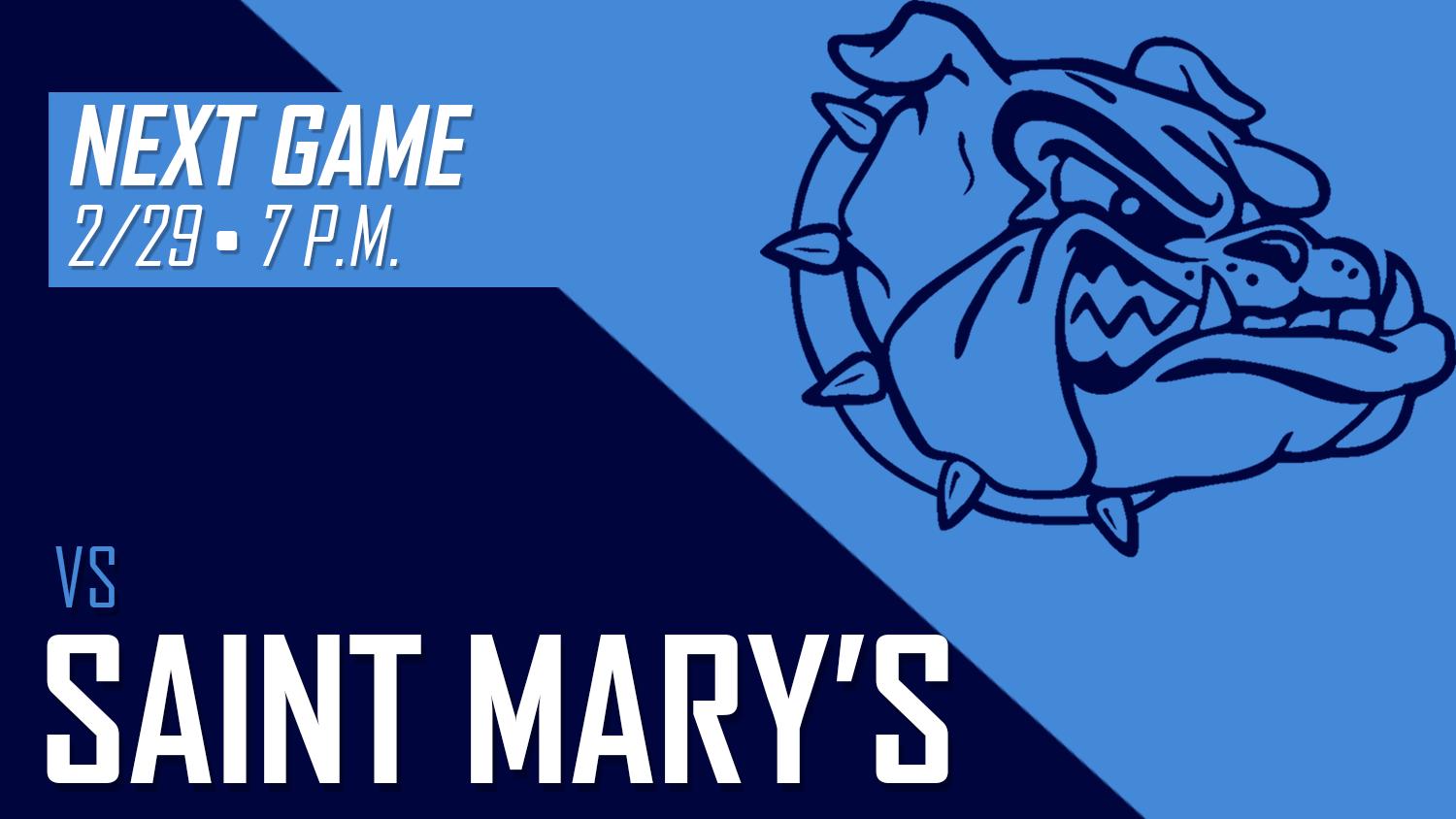 Killian Tillie has three points for GU, which is shooting 50%.

San Diego forward James Jean-Marie has four points on two putbacks as the Zags have been a little loose with their blockouts early.

11:04 – Gonzaga 18, USD 14: Corey Kispert is up to 11 points for the Bulldogs, but the Toreros are hanging tough thanks to some strong work on the offensive glass.

Kispert is 5-of-7 shooting and the only Gonzaga player with more than one basket.

San Diego has three players with four points each. The Toreros have grabbed three offensive rebounds and turned those into six second-chance points.

6:44 – Gonzaga 30, USD 24: The Zags interior combo of Filip Petrusev and Killian Tillie are starting to heat up.

Tillie has seven points on 3-of-4 shooting and Petrusev, after three quick buckets, has six points. Gonzaga is shooting 54.2%.

Joey Calcaterra has eight points on 4-of-4 shooting to lead San Diego. The Toreros are shooting 54.5%.

Gonzaga 46, USD 34: Corey Kispert has 13 points, Filip Petrusev has 10 and the Bulldogs lead the Toreros by 12 at halftime.

Killian Tillie has added nine points for Gonzaga, which is shooting 58.8%.

The frontcourt duo of Petrusev and Tillie has led the Zags to a 28-8 advantage in points in the paint. Gonzaga also holds a 20-13 rebounding edge thanks to Petrusev’s game-high six rebounds.

Gonzaga pulled away late in the half behind a 7-0 run. After Florseca hit a 3 to get USD within 5 at 32-27, baskets by Petrusev, Kispert and Admon Gilder put GU up 12 at the under-4 media timeout.

Gilder has chipped in six points on two 3-pointers. The Zags are 4 of 7 from 3-point range.

15:52 – Gonzaga 55, USD 39: The Bulldogs score six straight points before the timeout, capped by a 3-pointer by Ryan Woolridge.

Gonzaga forward Killian Tillie is up to 12 points after he hit a 3 at the beginning of the half.

Alex Floresca and Joey Calcaterra have 11 points apiece to pace the Toreros.

Kispert hit a 3-pointer to cap an 11-0 run for Gonzaga and put the Bulldogs up 21. But the Toreros came back and scored 6 of the next 8 points before the timeout.

Woolridge is up to 15 points for Gonzaga after scoring 13 in the second half.

Adam Morrison addresses the crowd after his No. 3 jersey joins Frank Burgess’ No. 44 and John Stockton’s No. 12 on display inside the MAC pic.twitter.com/vzLUHc5uvY

And there it is!

Three numbers. Three legends. And No. 3 for Adam Morrison.

Gonzaga honors Mo and what he did for this program from 2003-2006. @SWXRightNow pic.twitter.com/V3wlalqJMM

The official jersey reveal for @AdamMorrison35 which will forever hang in the rafters of the Kennel pic.twitter.com/T8q6pbPCrA

Tonight is all about Adam Morrison!

What better way to remember No. 3 than with an unforgettable story about his passion and drive as an athlete and a Gonzaga Men's Basketball (@ZagMBB) player!#UnitedWeZag | @TheMarkFewShow pic.twitter.com/VNSdTgv2hi