A couple of things are painfully obvious for Gonzaga’s basketball team.

Every game between now and the end of the season – whenever that is in the NCAA Tournament – matters.

And the Zags, despite their 29-2 record and No. 3 national ranking, are going as far as their defense takes them. When they are precise on that end, they are dominant.

They were for one quick spurt in the second half of their Senior Night 86-76 win over visiting Saint Mary’s. That spurt caught the eye of Dave Flemming and Sean Farnham, the best duo ESPN puts on West Coast games.

• Saturday’s game, on ESPN2, was tied at 42 early in the second half. A little more than 3 minutes later the Zags were up 10. And it was a small defensive change Gonzaga made that changed everything.

Farnham caught it right away.

Admon Gilder, making a start on the only Gonzaga Senior Night he’s experienced, switched over to Jordan Ford, point guard and offensive engine for Saint Mary’s. When Ford made a pass, Gilder made sure he wouldn’t get it back. He shadowed him and made him a spectator. The rest of the Gaels seemed flummoxed.

“Until somebody steps up, they’re going to stay with this defense and go on a run,” Farnham said.

“No one else has stepped up these last four minutes for Saint Mary’s,” Flemming answered.

It worked for just long enough to give the Zags, who finished 15-1 in the West Coast Conference, the edge they needed.

• One of the better attributes of this crew is Farnham’s ability to point out the less flashy plays. And it doesn’t matter who makes them.

Corey Kispert took a charge midway through the first half while the Bulldogs were struggling on the defensive end. It helped turn up their effort on that end and excited Farnham.

“Corey Kispert is the heartbeat of this team,” the analyst said. “When you put yourself in that position and you take pride in the letters across the front of your jersey, you make plays like that. Those are winning plays.” 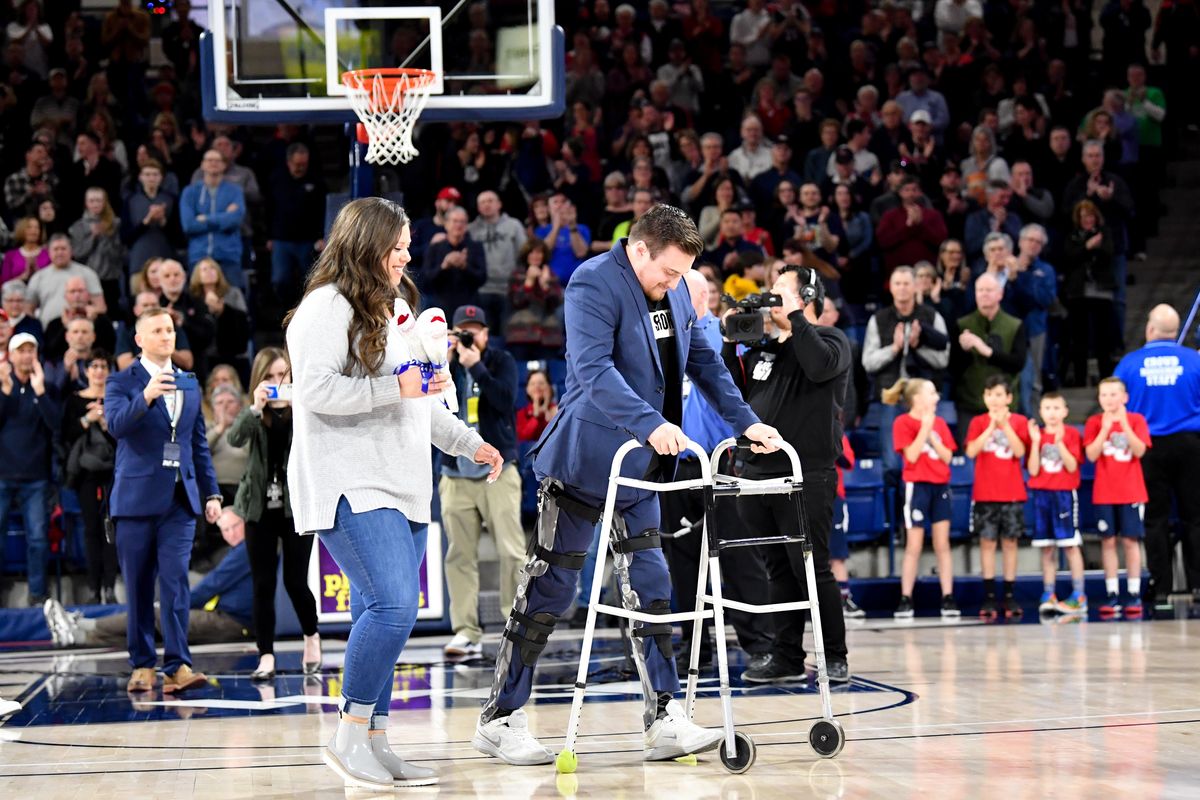 Gonzaga fans who remember the national title game a couple of years back might disagree.

There was one call in this one, however, that neither Harris nor his two partners Randy McCall and Mike Reed – an all-star crew according to Flemming – saw and it was a dangerous miss.

Last Saturday, Filip Petrusev was knocked to floor by a forearm shiver from TJ Haws, a play Farnham highlighted and labeled as dirty. With 1 minute, 2 seconds left before halftime, Elijah Thomas did Haws one better, if it can be called that.

Petrusev, who finished with 27 points, was coming down the lane after setting a ball screen for Ryan Woolridge. Thomas, rising up to defend Kispert, was in the way. He threw his left shoulder directly into the chest of looking-the-other-way Petrusev. It knocked the post to the ground.

There was no whistle.

Flemming and Farnham, busy talking about the honk the horn makes – yes, that was the subject – missed it as well.

• We didn’t see the first 1 1/2 minutes on ESPN2, as the network was stuck covering the final minutes of San Diego State’s 83-76 win at Nevada. The network ran a box saying the game was streaming on the ESPN app, but that didn’t seem to be true.

By the time we joined the game, Ford had already scored the first two of his game-high 28 points.

• If anyone made the difference between the start in Moraga, California, and the one Saint Mary’s enjoyed in Spokane, it was Ford. He scored 12 points in the first half, all in the first 11:16. With his push, the Gaels (24-7, 11-5) stayed with the Zags and were tied at 34 going into the locker room.

He was even better in the second half, except for the deciding stretch in which he didn’t get a shot. He ended up with 21 shots, including seven from long range.